Park Assist Systems: How They Work

Is it a parking aid or will your car park itself?

What is Park Assist?

With all the fancy jargon in the automotive world, we wouldn't blame you for getting confused. Safety suites, driver aids, and advanced technology can be confusing; so, what exactly is park assist? Park assist systems are designed to aid the driver of a vehicle in parking their vehicle effortlessly, and utilize a combination of sensors, cameras, and radar to do so. There are various types of setups available, and many brands have given unique names to their system, but all essentially monitor the spaces around your vehicle, in some cases identify parking spaces, and alert the driver visually and/or audibly to obstacles around the car. More advanced systems can even park your car for you. The various systems all offer different levels of assistance, from simple cues for being too close to a wall when backing up, to full automatic parking where the vehicle takes over entirely.

How Does Park Assist Work?

Parking assist systems can be activated in one of two ways. They can either be turned on or off with the touch of a button, or they'll automatically activate when the car is put into reverse gear. In the case of the latter, the backup camera will stream a video image displaying what's at the rear of the car when the driver initiates reverse parking. This will help the driver to avoid any obstacles and maneuver into a parking spot with ease. In the USA, reverse cameras are now a legal requirement on all new cars.

The combination of a backup camera function with rear park assist sensors also provides an extra layer of guidance when reversing a car; audible tones inside the car, together with images that indicate proximity, mean you have less chance of bumping into objects around you. Some models indicate the area of the car which is closest to the object.

Some cars feature highly advanced parking guidance systems that utilize all the car's sensors, cameras, and sonar to complete parking maneuvers totally automatically. In some vehicles like the Volvo XC60, the advanced driver assists that make up the Park Assist Pilot can even detect parking spaces as you drive by and warn you of this. The system will then allow the driver to select whether they want the car to proceed with automatic parking, and then simply follow the prompts. In most cases, the driver will just have to control inputs to the accelerator and brake pedals while the vehicle maneuvers itself into a parking spot.

More and more cars are being fitted with a fully automatic parking system, although it's most commonly found on high-end cars such as the Tesla Model S, Audi A8, and BMW 7 Series. Several Volvo models have access to this technology either as standard, or as an add-on option. Many of the best luxury cars feature assists like these that seem to be foreshadowing true autonomous driving.

As mentioned, multiple different systems come into play when parking, whether you are performing the maneuver yourself or allowing your car to do it. Making use of a backup camera, park distance control sensors, auto parking abilities, or a 360-degree camera, vehicles equipped with this tech can assist you as you guide your car into a parking space, or attempt to self-park.

Cars that come with parking assist often have the ability to detect appropriate parking spaces too and will alert the driver to an opportune bay when driving in a parking lot below a certain speed. The system can then prompt the driver to either park with the aid of guiding sounds and images, or relinquish control and let the vehicle do the steering. In this case, the driver is required to provide input on the accelerator or brake pedals, guided by the parking assist system, while it manages the steering process entirely. Both perpendicular (reverse) and parallel parking can be successfully done in this manner.

So how close is this to autonomous driving? While we are still quite some way from self-driving cars, this is certainly leaning in the direction of vehicle autonomy. Tesla cars deserve an honorable mention in this regard as the manufacturer has installed its vehicles with what it terms as Full Self-Driving Capability. The aim is that in future when all the kinks have been ironed out, Tesla cars will be able to navigate, drive, and park themselves without any driver input. There is also a Tesla-exclusive system called Summon, which will enable drivers to literally summon their vehicle from a parking lot to their side. 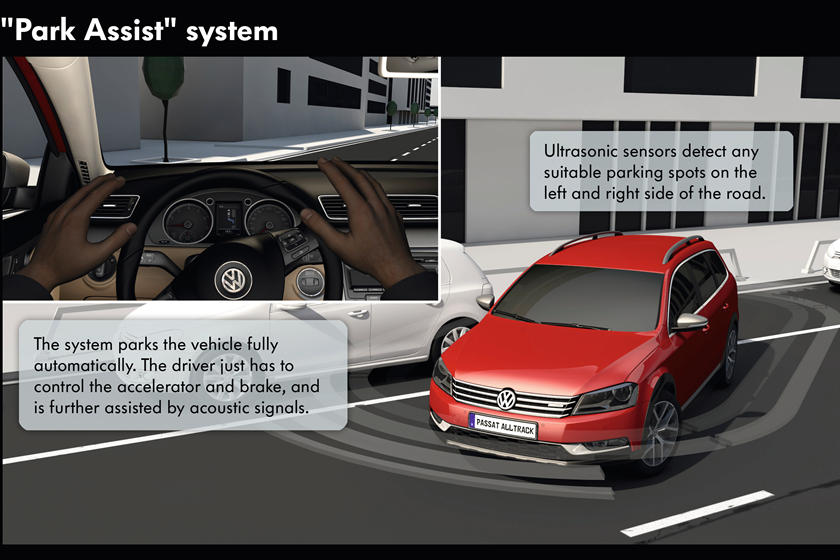 Just about every automaker has its own intelligent parking assist system (IPAS) that, if not already included, is usually offered within a bundle comprising a selection of various driver assistance features. Here are just some of the more popular parking assistance suites offered by automotive brands in the US at present. Note that these are not the same as the umbrella suites covering safety as a whole.

Will having a parking aid benefit my insurance claims if I have an accident?

No. Unfortunately, having any parking guidance system in your car won't benefit you in an insurance claim. This is likely because, while the technology is still so new, the driver remains responsible for the full operation of their vehicle.

How beneficial is having a rear park assist?

The IIHS states that outfitting a car with a combination of rear parking aids including a backup camera, rear parking assistance sensors, and a rear automatic braking can reduce rearward crash rates by more than 75%. While drivers should always be involved and not expect park assist systems to do all the work, such setups certainly make parking-lot fender-benders less likely.

Does a parking assist system help for all types of parking?

While a rearview camera only helps with reversing, full park assist also helps for forward or parallel parking. This is truly a useful option to consider adding when buying a car from a dealer, if it's not already included as standard.

Is there a parking assistant I can install myself?

Yes, one can buy and install specialised cameras designed to connect to the existing infotainment screen and run all the way to the rear of the car to provide an image of what's behind the car. At this stage, there are no aftermarket self-parking systems available. 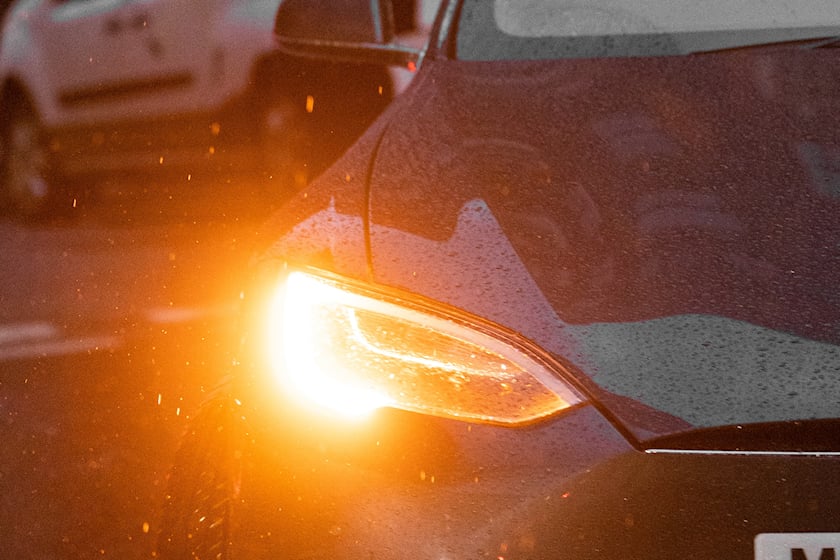 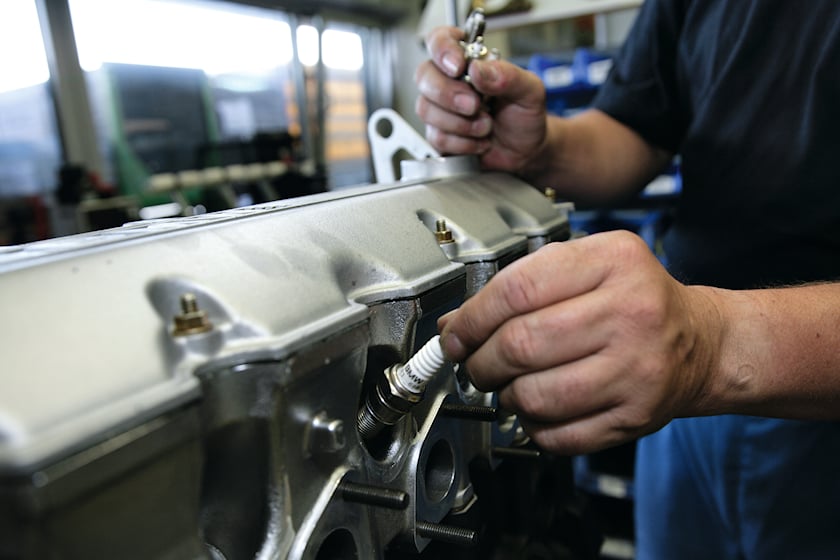 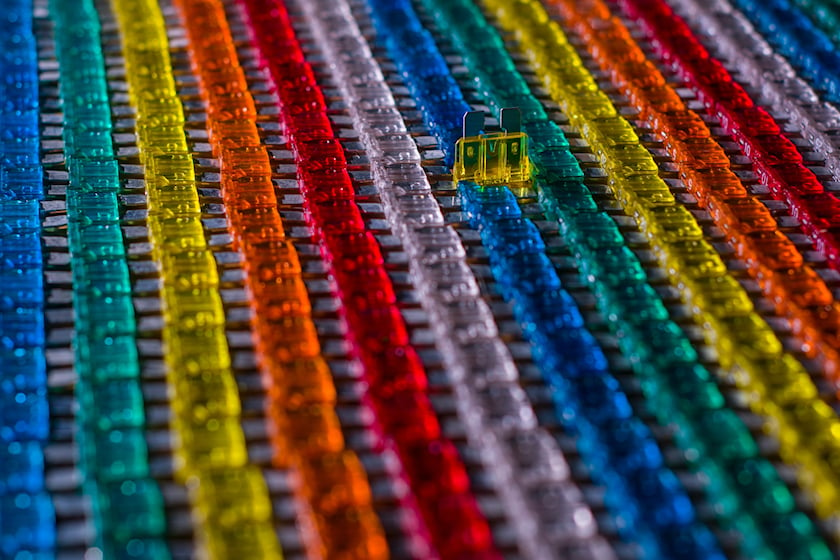 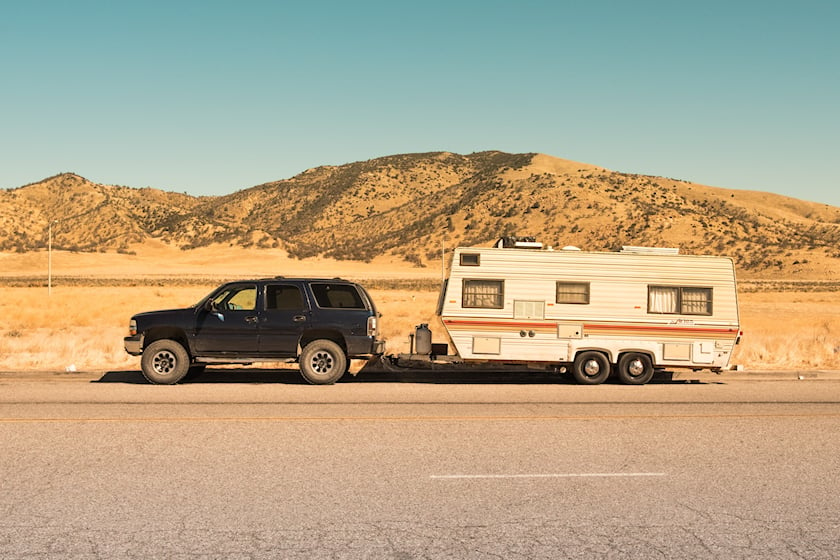 How To Tow a Trailer: Safe and Legal Driving With a Trailer Hitched
Trailer hitch laws and towing regulations by state