Filter Results
1,378 cars
Sort by
See all deals for a Hummer near me.
Please enter your ZIP code: 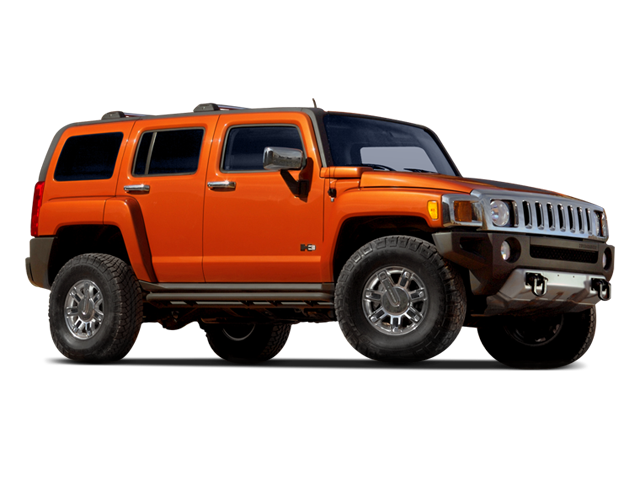 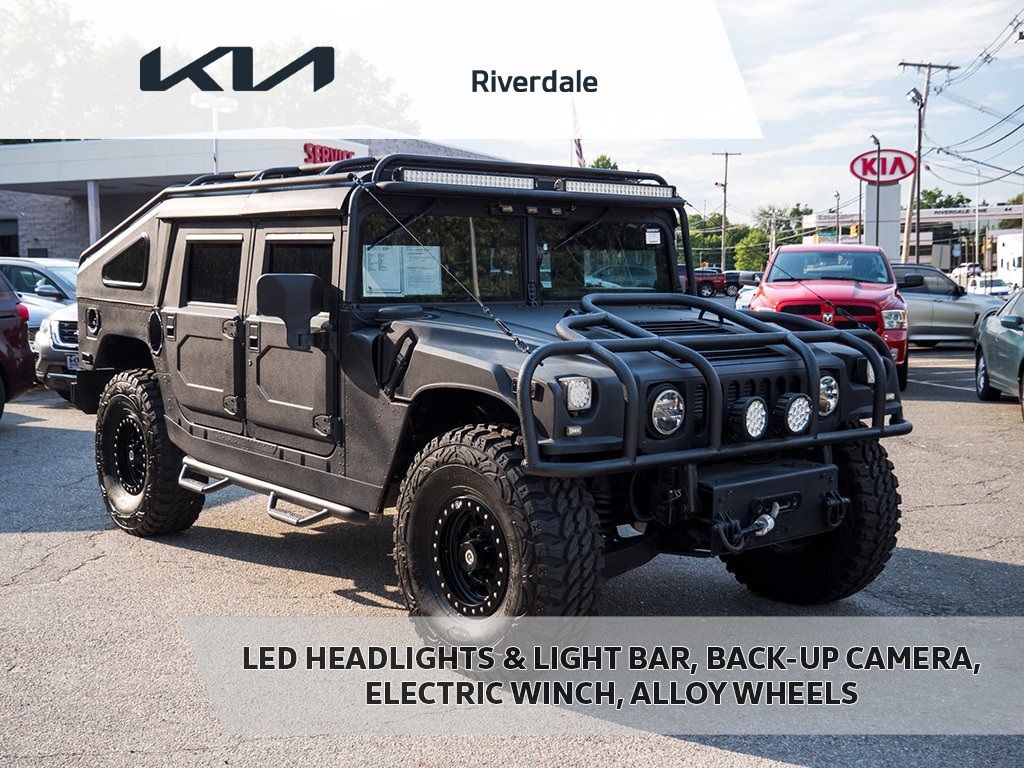 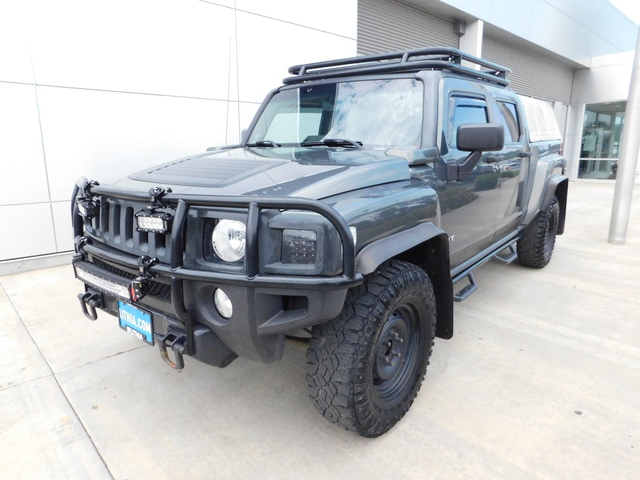 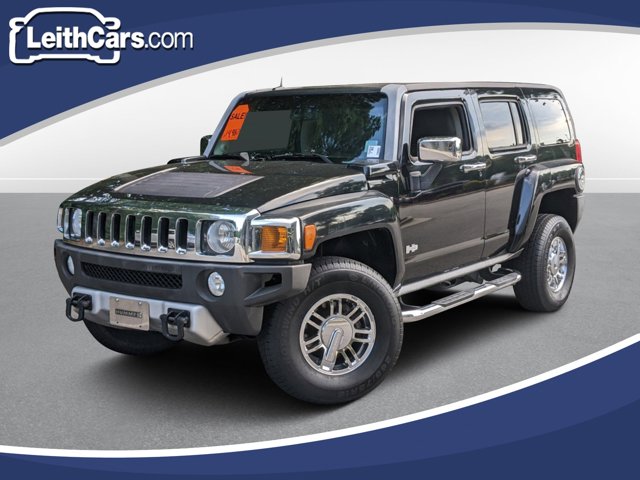 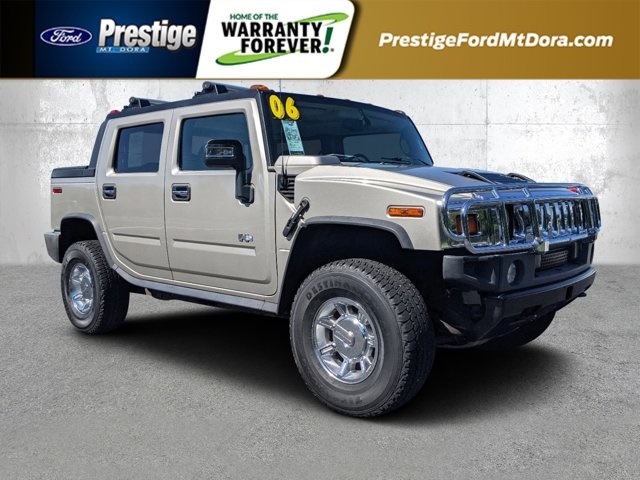 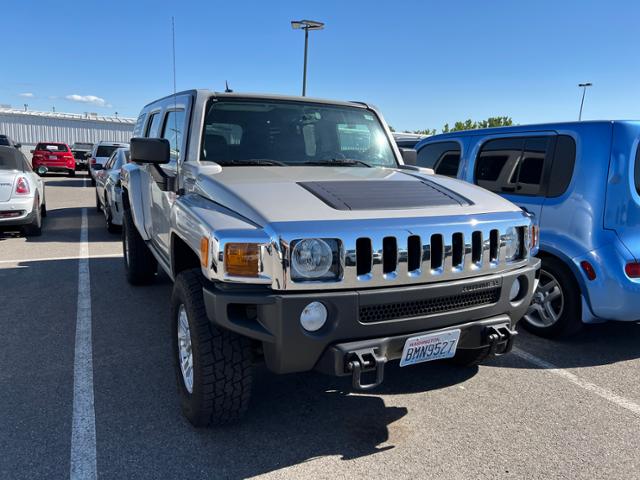 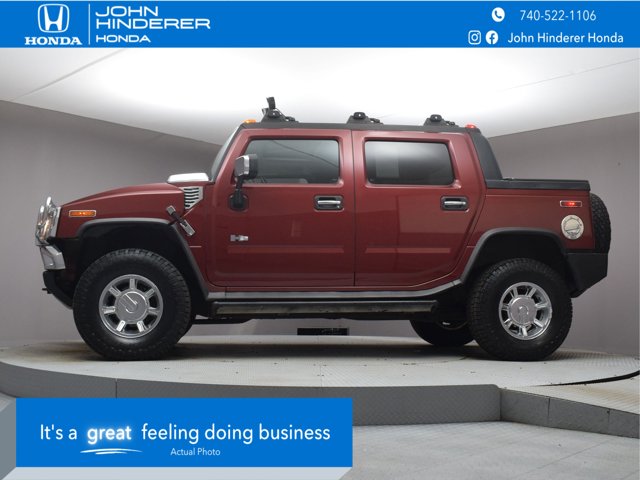 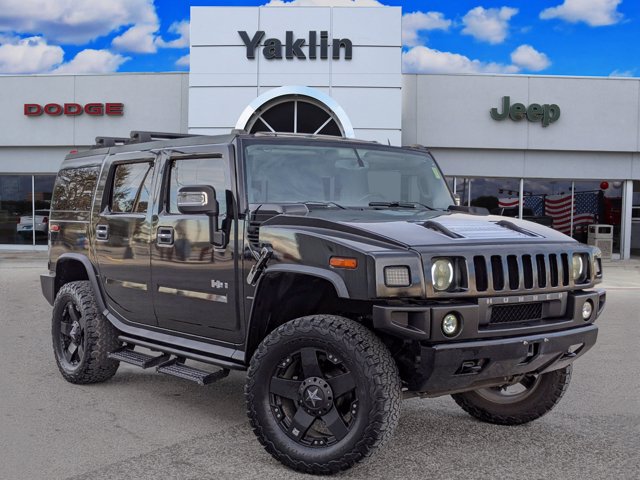 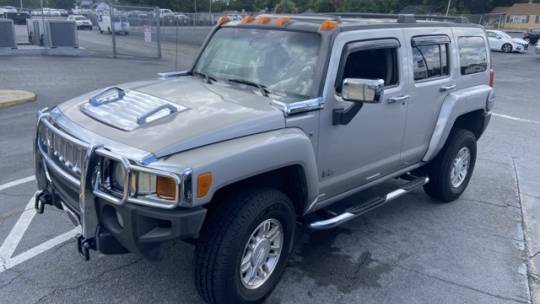 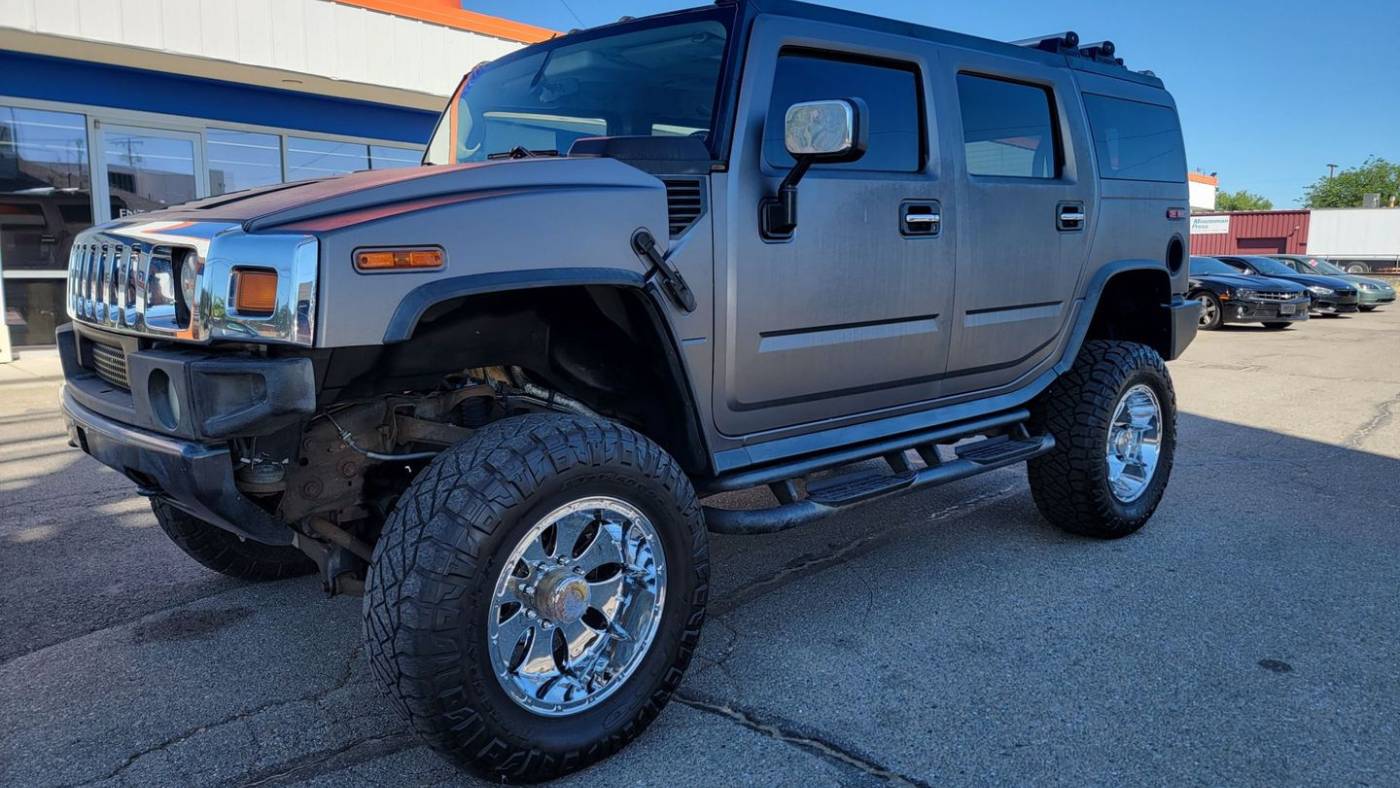 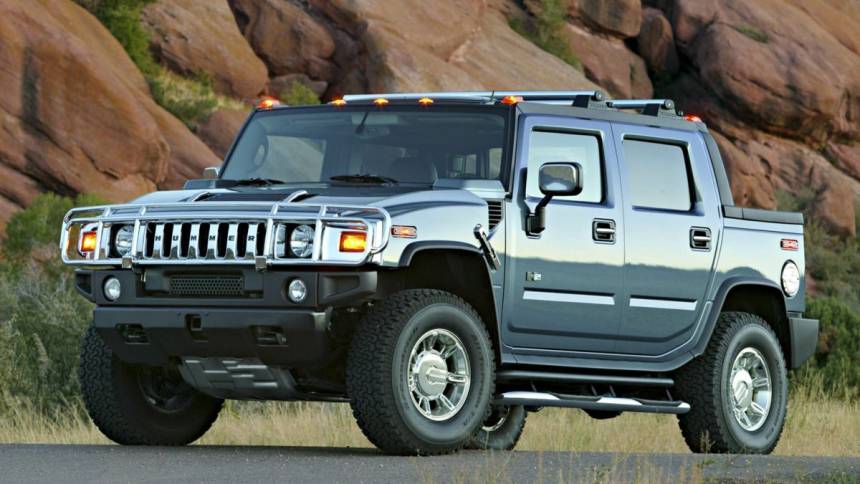 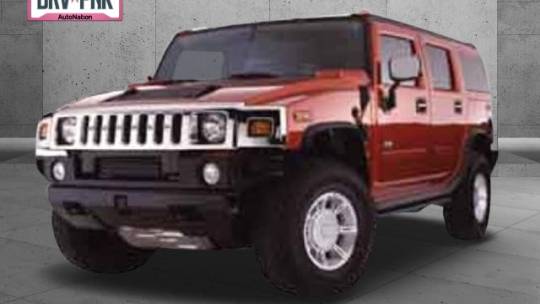 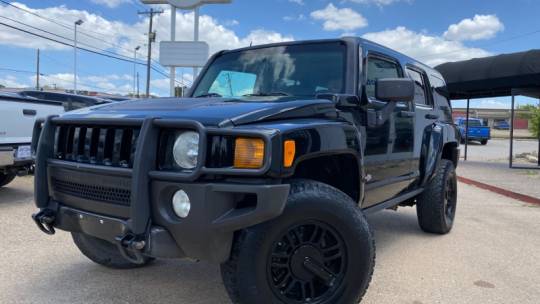 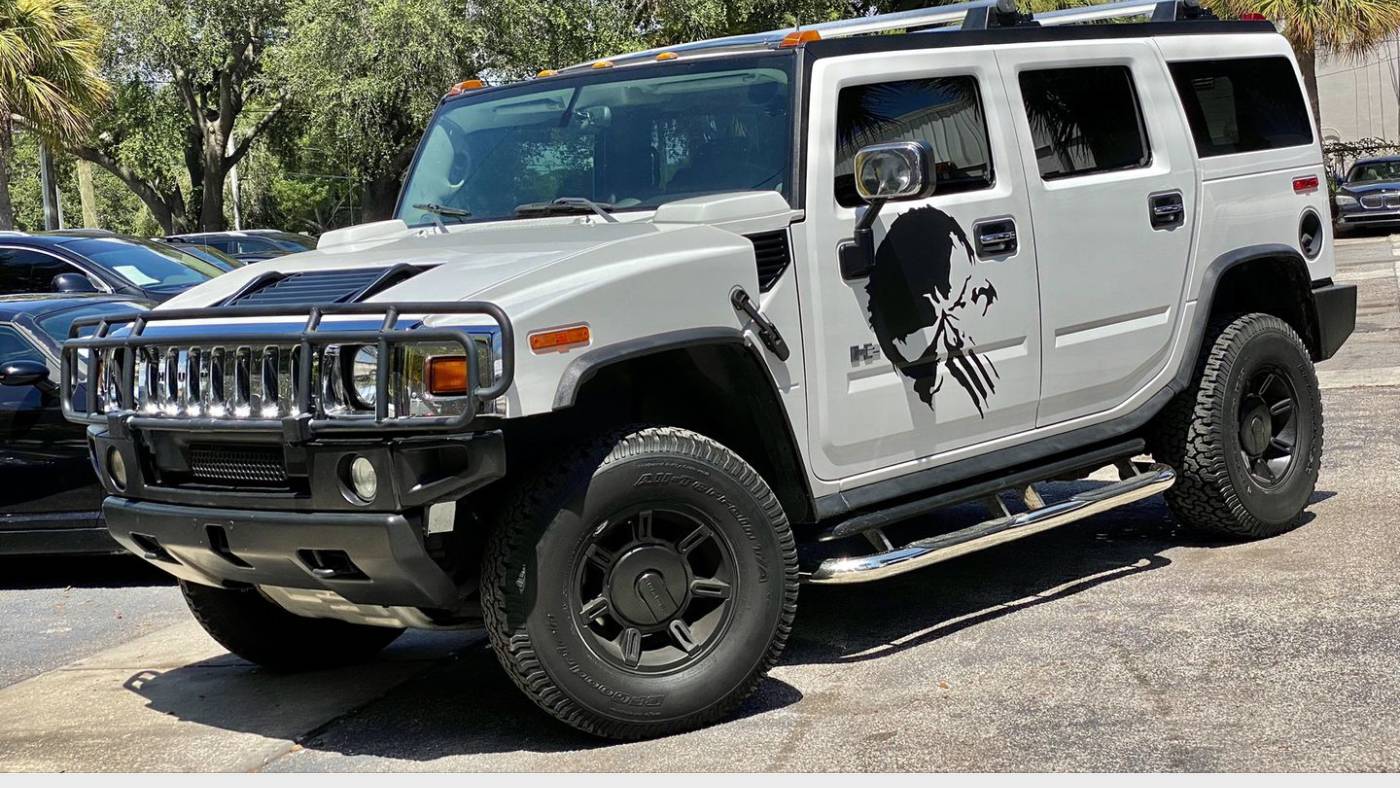 Having ended sales of new Hummers in the USA in 2010, the return of Hummer products more than a decade later is cause for excitement; still, there is a fair selection of used Hummer vehicles on sale in the States, thanks to these SUVs selling reasonably well during the mid-2000s. Hummer’s 2021 return to the market is in the form of a GMC all-electric truck and SUV sub-brand.

If you’re shopping for a cheap old Hummer model though, this will probably be an H3 because there are more H3 used cars to buy out there than the bigger and more expensive H2 and H1 models. The H1 was an enormous, gas-guzzling vehicle based on AM General’s original High Mobility Multipurpose Wheeled Vehicle - HMMWV or ‘Humvee’ - and because they sold at a rate of under 1,000 units per year in America, they are rare and can be expensive at well over $100,000. If you want to buy a Hummer near you, it will be relatively easy to find an H3, which is the cheapest and most commonplace. Thanks to the internet, it’s quite simple to buy Hummer cars online, especially if you shop in the right place.

You Can Buy Hummer SUVs Online

A cheap Hummer second-hand is only a good buy if you can find a clean car, so your research and car-shopping will start on the internet and then you’ll have to go to the vehicles on your shortlist to view and test drive them. On CarBuzz’s used-car search page, you can search for a Hummer near you by setting the search radius as far as you want. You can set filters to whittle down the Hummers that are currently available in your area by color, mileage, year, how near they are to your location, and so on. Keep in mind that you might have to cast the net a little wider to find a good H2 or H1.

Things To Remember When Browsing Used Hummer Models for Sale

Hummers are built tough but the first ’90s H1 models are now very old and suffer from wear and tear. Their maintenance must be up to date to avoid problems. Avoid the first 1992 and 1993 models without air-conditioning, as well as the 1994 model, whose air-conditioning was not up to the job. The cooling problems were sorted out in 1999. Pre-2000 H1s also suffered from the occasional cracked engine block. On H2s, look out for faulty windscreen wipers, shorted door locks, an inoperative speedometer, and the occasional dodgy oil pump. The H3 was the most problematic Hummer, especially the 2006 model year. The 3.7-liter five-cylinder engine has a reputation for leaky valves, necessitating an expensive head replacement. Rough running, an illuminated Check Engine light, blown head gaskets, and a security system that prevents the engine from being started also occur. Check for Hummer recalls on the NHTSA website and make sure the car has a vehicle and complete service history.

FAQs about used Hummers for sale

The newest Hummer you can buy second-hand is a 2010 model and safety standards were lower at the time, with Hummers lacking the safety and driver-assistance features of modern cars. The low-volume H1 and H2 models have no crash ratings; only the H3 was tested by the IIHS and failed to score ‘Good’ in any of the tests. In the frontal and side crashes, it mustered an ‘Acceptable’ rating and its seats and headrests were rated as ‘Poor’. Even cheap old Hummers have something in their favor though, and that is size and weight, so while they might not score well in crash tests, their heft helps against collisions with small cars.

Which are the best and most popular Hummer models?

If you just want a normal mid-size SUV with passable fuel economy, the H3 is the best, but beware of early models’ problems. H3s are easier to drive and handle than the bigger ones. The H2 is large and thirsty, drinks gas only, and can be expensive to run, even if it is cheap to buy used. To many, the H1 is the best Hummer for sale in the USA, but it’s enormous and not for everybody, only for hardcore off-roader and Hummer fans with lots of space and money for fuel. Hummers were available in pickups as well, so there are only two Hummer body types used:

Which Hummer is best for off-roading?

All Hummers are excellent off-road vehicles, but the H1 elevates it to a new level. With its huge width, it is very stable and has a surprisingly low center of gravity. It can ford up to 30 inches of water, has a huge ground clearance of 16 inches, and can climb a 22-inch step. The 2006 H1 Alpha is the best with its new 300-horsepower 6.6-liter Duramax diesel engine, Allison five-speed transmission, and stronger steering box. A limiting factor off-road might be the H1’s width of 86.5 inches.

Are Hummers very heavy on fuel?

Yes, due to their size and powertrains, there isn’t a single economical Hummer. They are all heavy SUVs, not crossovers. The H3s with the five-cylinder 3.5-liter and 3.7-liter engines both return an EPA-estimated 16 miles per gallon on the combined cycle, making them the most economical Hummer models. Even with its modernized diesel engine, the last 2006 H1 Alpha returned about 10 mpg. Despite being far lighter than the H1, the gas-only H2’s fuel economy varied between 9 and 11 mpg in independent testing.

How much do used Hummer cars cost in the US?

A Hummer’s price can vary enormously due to the model, its rarity, its condition, and the number of extras fitted. Take a look at our pricing guide for an indication of used Hummers’ prices.