Filter Results
98 cars
Sort by
See all deals for an Isuzu near me.
Please enter your ZIP code: 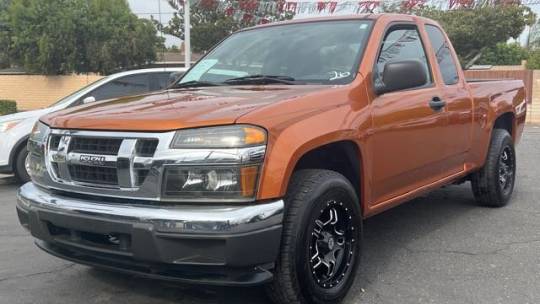 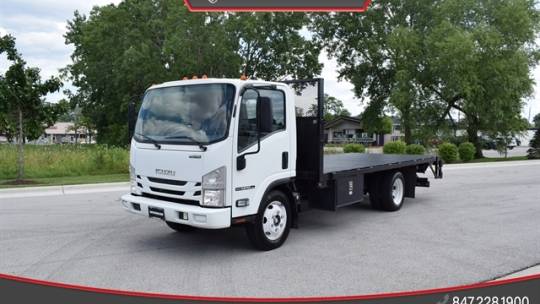 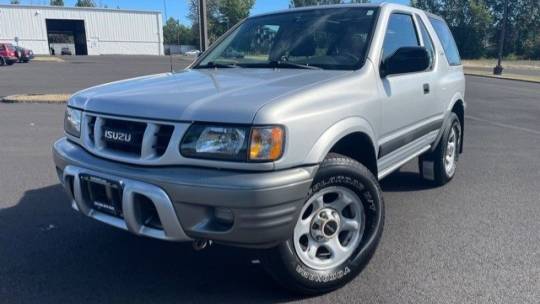 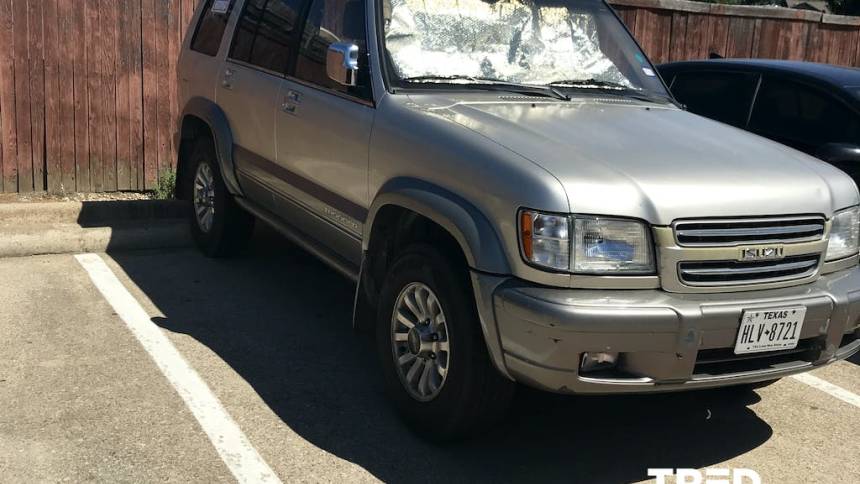 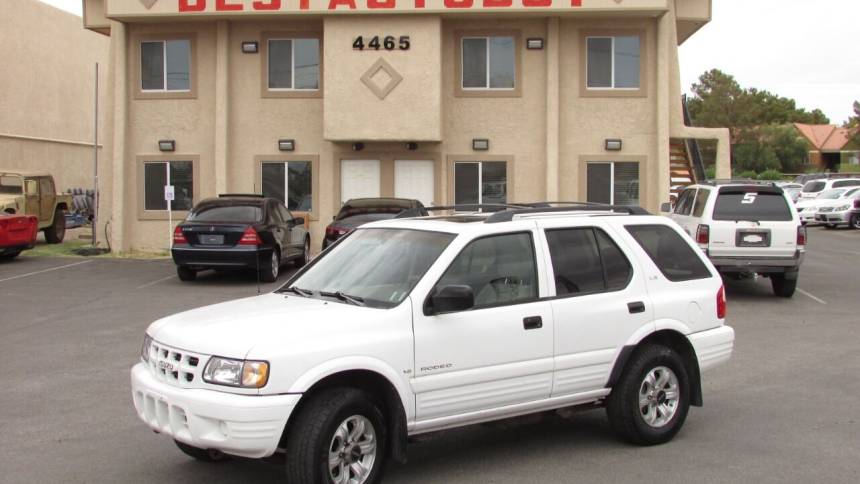 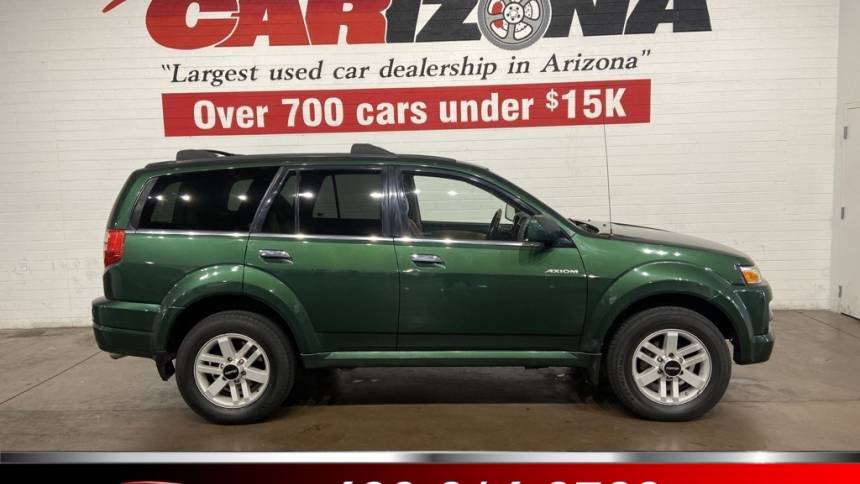 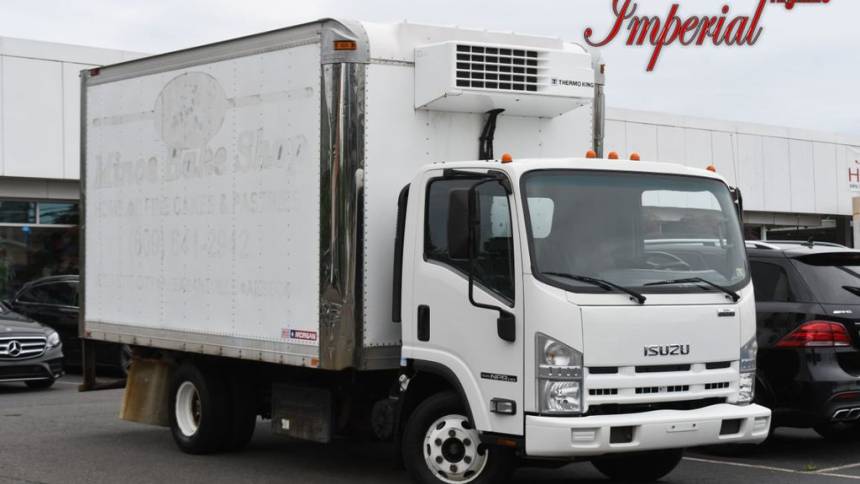 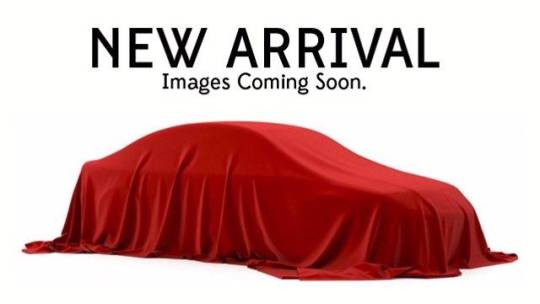 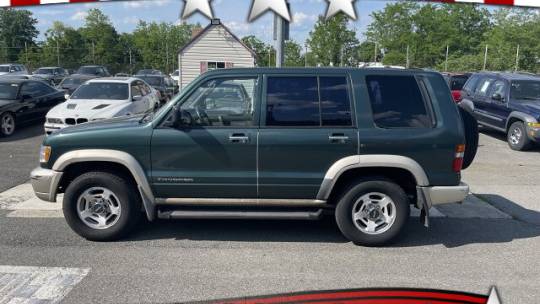 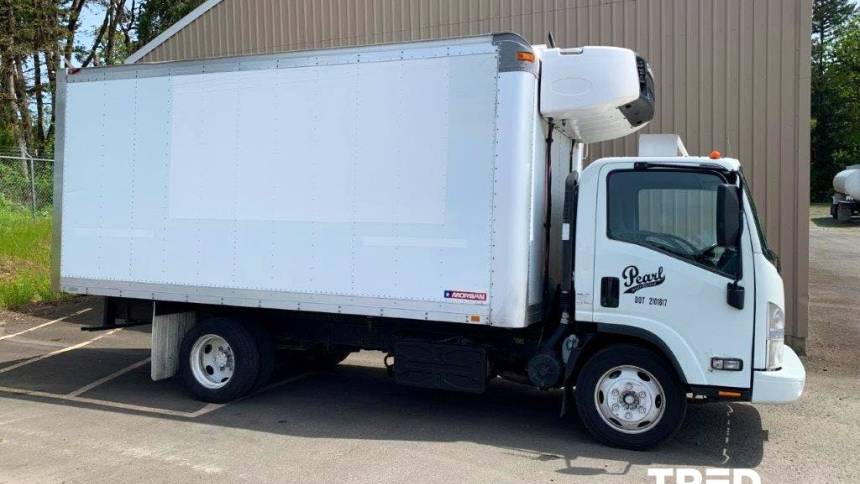 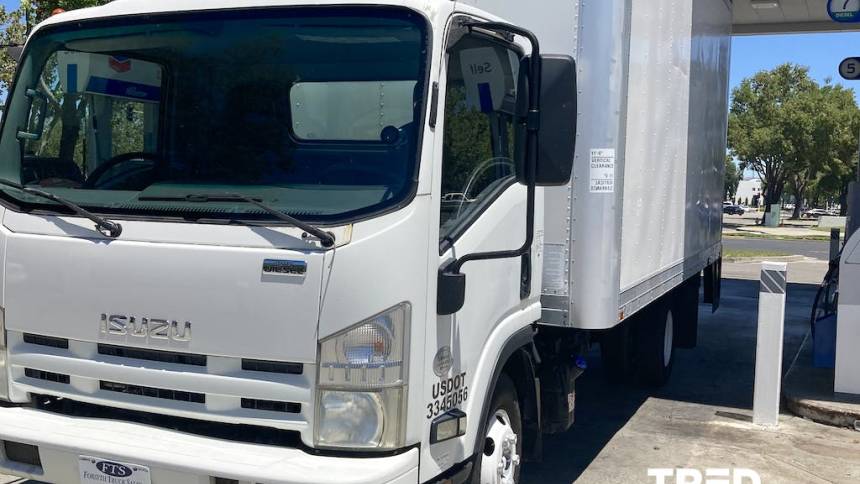 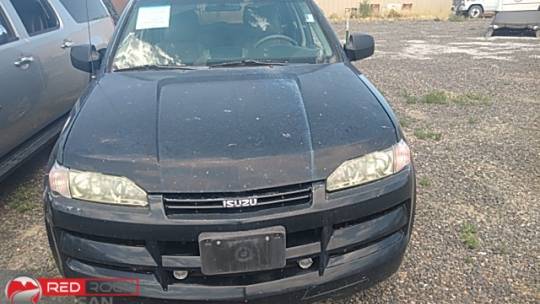 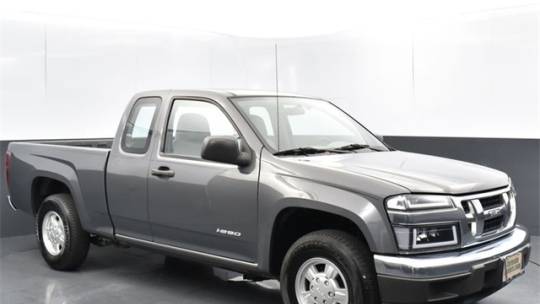 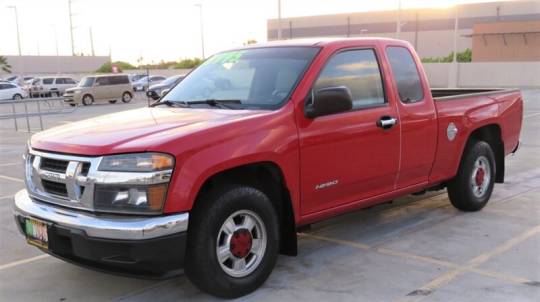 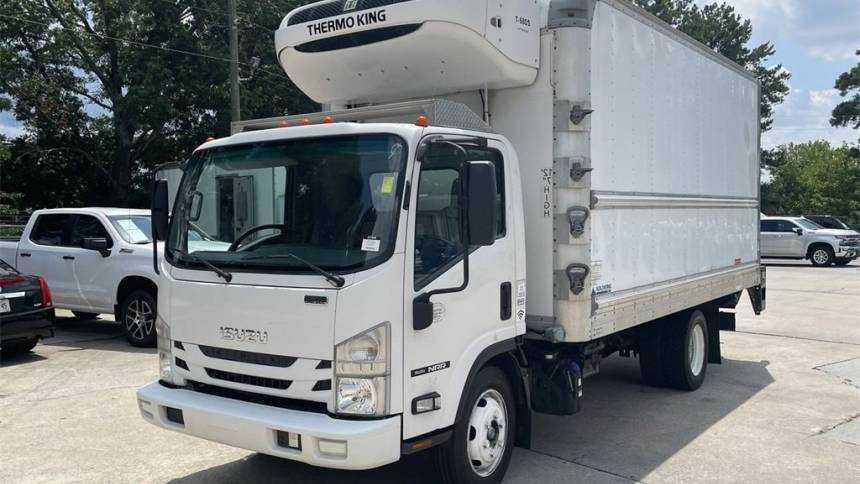 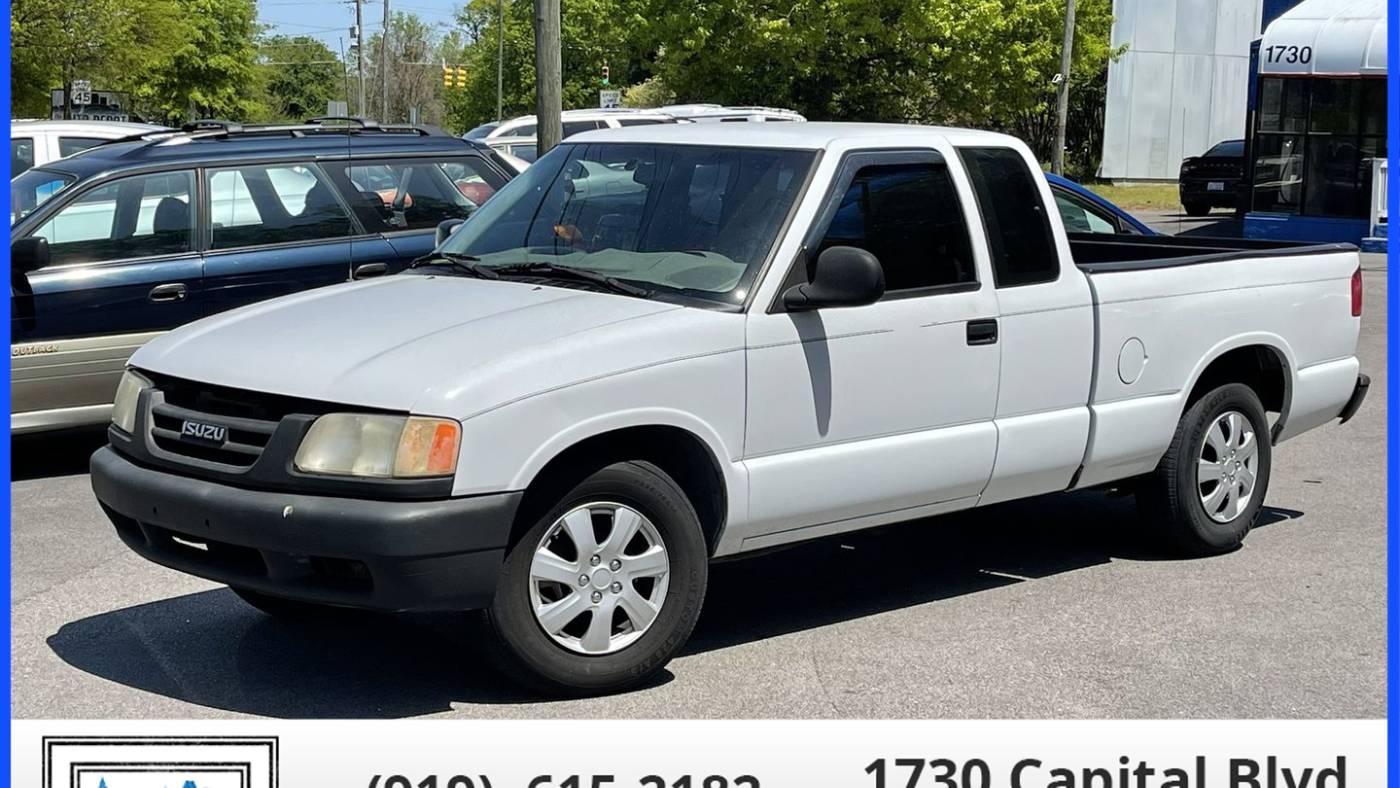 Some Americans remember the Isuzu cars and SUVs for sale in the US since the ’70s but a used Isuzu car is becoming increasingly rare following the withdrawal of the brand’s passenger vehicles from America in 2009. While Isuzu’s cooperation with GM dates back almost a century, GM’s 34% acquisition of Isuzu in 1972 led to the introduction of the first Isuzu vehicle in America in 1974. A range of cars, trucks, and SUVs followed, but the failure of the Isuzu Axiom SUV accelerated Isuzu cars’ demise in the USA. The Axiom survived from 2002 to 2004 and in the end, the only car left was the Ascender SUV, a rebadged GMC Envoy, and the i-Series truck. Isuzu now only sells new commercial vehicles in the US. Isuzu aficionados have a few interesting, rare models to choose from, and if you are shopping for a cheap Isuzu second-hand, it could be anything from a truck to a slinky sports car such as the Impulse. Unless you’re a collector of odd Isuzus, chances are your favorite Isuzu for sale in the USA would be something practical like the Trooper or Ascender SUVs. But there are few of these Isuzu used cars to buy left out there.

You Can Buy Isuzu Cars On The Internet

In the case of somewhat rare vehicles such as the various Isuzu models left on the roads, many people prefer to buy Isuzu cars online. It’s far easier to find and buy an Isuzu near you if you search on the internet. They’re not to be found on every street corner anymore, so the internet is the logical place to shop. Start by visiting CarBuzz’s used-car search page to find an Isuzu near you by setting the search radius to how many miles you are willing to drive to view and test drive your shortlisted cars. Search near you first and if nothing suitable comes up, increase your search radius. It will be easier to find your choice of Isuzu nearby if you live in a city but be prepared to travel for something uncommon such as an Impulse coupe. The cheapest Isuzus probably don’t cost much more than a few hundred dollars, but cheap is not always good, so here’s how to avoid buying a lemon.

What to Remember When Looking for Used Isuzu Models for Sale

Not all Isuzus are Isuzus. The Oasis was a rebadged Honda Odyssey and the Ascender a rebadged GMC Envoy. By and large, Isuzu borrowed from established brands, so a used old Isuzu can still be a very good buy if it’s been properly maintained. That said, some years are worse than others and the 2000 Isuzu Rodeo has a reputation for snapping cambelts, cooling problems, and failing engines. The 2004 Ascender suffered cracks in the fuel tank’s inlet check valve and the 2006 model was recalled for failing headlights, power-window switches, and power-steering hoses. The rest is pretty much par for the course and the usual checks apply to all old cars - check that the service history is complete, make sure that the automatic transmission’s oil was replaced at set intervals, and don’t accept a car without a vehicle history.

FAQs about used Isuzus for sale

Where can I have my Isuzu car or SUV serviced?

Even though Isuzu no longer sells normal passenger cars in the US, owners of existing Trooper, Rodeo, Rodeo Sport, Axiom, VehiCross, Ascender, and i-Series vehicles (i-270, i-290, i-350, and i-370 pickups) can still have these vehicles serviced and maintained at existing Isuzu Truck dealerships in the USA. Isuzu still supports the models we’ve mentioned but if you’re considering buying something older, such as an Impulse coupe or Stylus sedan, you’ll have to look at third-party service centers and broker’s yards to find parts, as these models are no longer supported by Isuzu Truck.

Which are the best and most popular Isuzus to buy?

The best-selling Isuzu models were SUVs such as the Rodeo and Trooper. These are the easiest to find and since Isuzu Truck USA will still support them with service and maintenance, the most sensible models for Americans to buy used. However, if it’s not about being sensible, the Impulse coupe is now a rare find and a very interesting Isuzu to own. Given the wide selection of vehicles sold over the years, Isuzu offers a wide range of body types second-hand, including:

These are the available fuel types:

Because Isuzu passenger vehicles have not been on sale in the US for more than a decade, the safety ratings of these used vehicles are, unfortunately, of a pre-2010 standard, which is to say uncompetitive in comparison to that of modern vehicles. Even according to the NHTSA’s less strict pre-2011 standards, the 2008 Ascender managed only three stars overall for driver protection. The rating for the 2003 Rodeo was also three stars. Those star ratings would be even lower under today’s standards. The 2008 Ascender has front, front-side, and curtain airbags and no driver-assistance features. The 1995-1997 Trooper was rated “Not Acceptable” by Consumer Reports for its propensity to roll over.

Generally, Isuzus have proven to be reliable vehicles as long as they are properly maintained. There have been faults that caused several Isuzus to be recalled but, as is the case with all recalls, the recall work should have been done free of charge. You can enter any Isuzu’s VIN on the NHTSA website to check its recall status. Besides the 2000 Rodeo’s engine problems, very few other Isuzus were noted for recurring problems and are durable if well cared for.

How much do used Isuzu cars cost in the US?