Filter Results
12 cars
Sort by
See all deals for a Maybach near me.
Please enter your ZIP code: 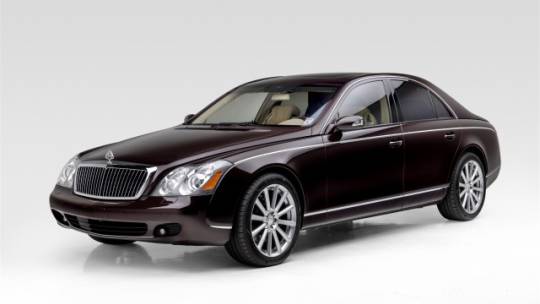 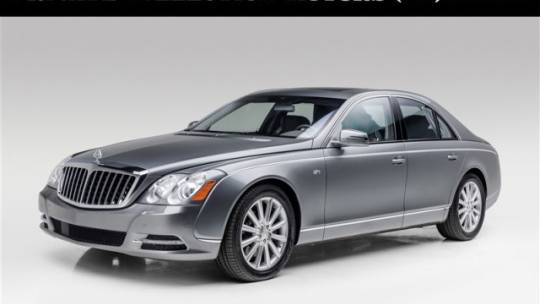 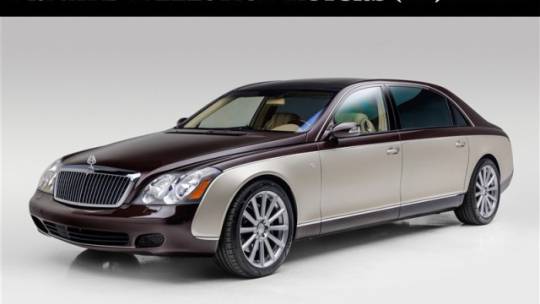 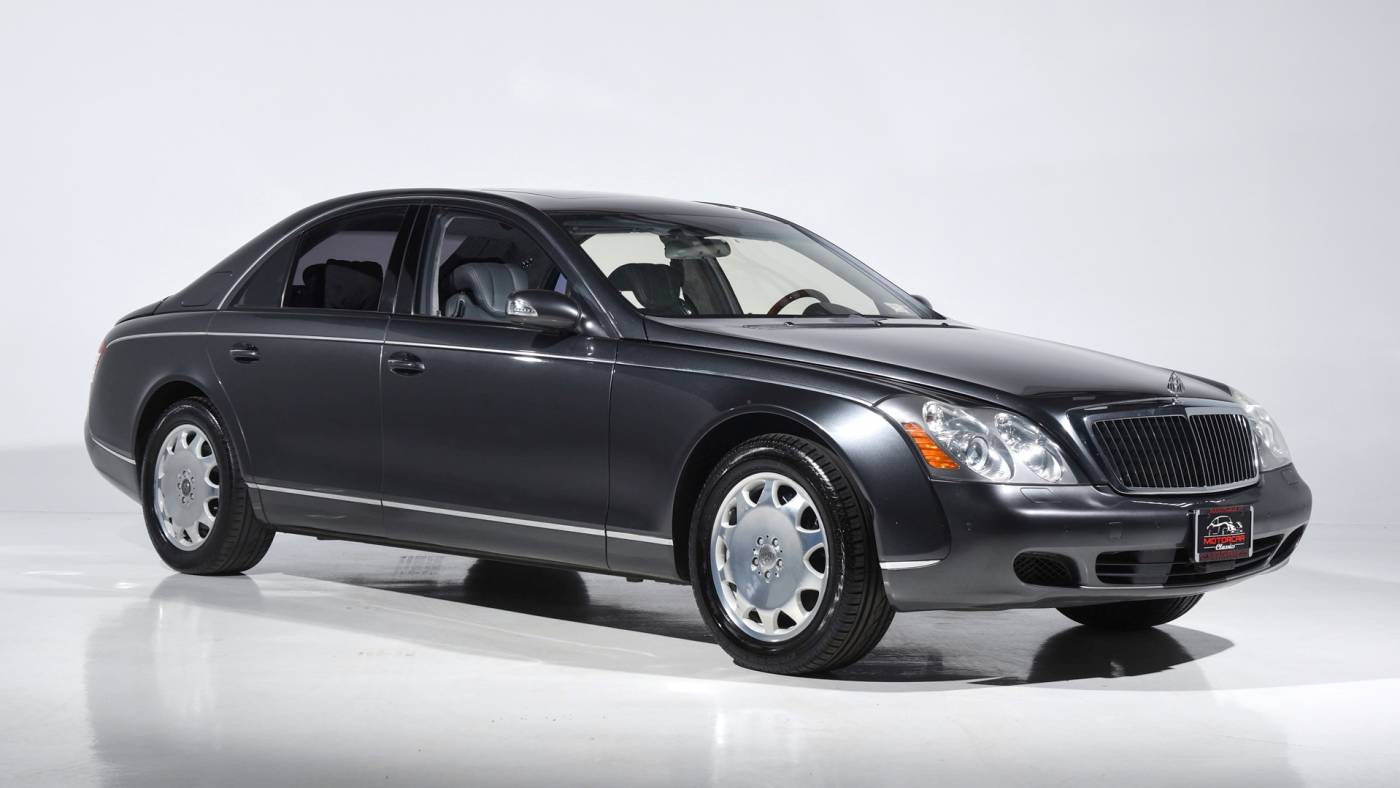 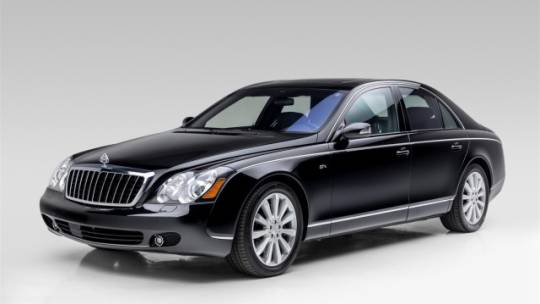 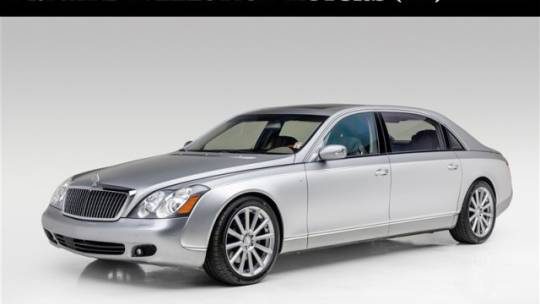 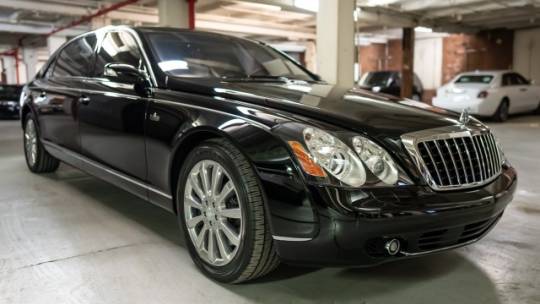 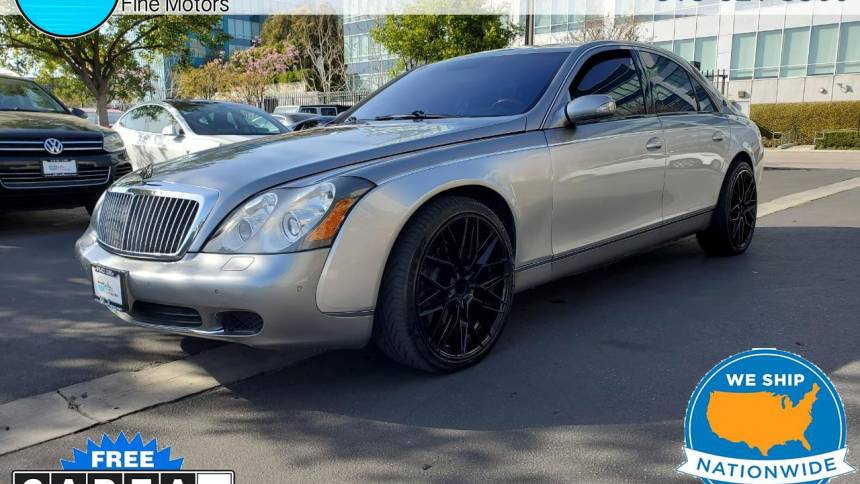 If you’re shopping for a used Maybach, it’s very unlikely that you will pick one up near you. There are only a handful of Maybach 57 and 62 used cars to buy in the USA at any given moment because Maybach sold only 3,000 units across the world during the entire 10 years from 2002 to 2012 that this Mercedes standalone brand’s luxury vehicles were manufactured. Maybach’s first stint selling luxury cars wasn’t long-lived either, lasting from 1921 to 1940. Daimler-Benz bought Maybach in 1960 and revived it as a standalone luxury brand to compete with Rolls-Royce in 2002, hoping for 2,000 annual sales. Sales peaked at 244 in America in 2004 and never reached triple digits per year in Europe. Today, a used old Maybach is rare and you’re lucky if you can find and buy a Maybach near you at all. Finding a relatively cheap Maybach second-hand is possible - used Maybachs’ prices start below $40,000.

How To Buy Maybach Luxury Cars On The Internet

You can buy Maybach cars online and it’s frankly the easiest way to shop for these rare luxury cars. You can use CarBuzz’s used-cars search page to find a Maybach near you by setting the search radius to a low number of miles, but don’t be surprised if you cannot find a single one. It’s best to search nationwide because the perfect Maybach for sale in the USA for you might be across the country, if you can find your preferred spec at all. You can search by color, model, mileage, price, and so on, but we suggest first just looking for all the vehicles you can find, because there are so few of them available. The cheapest Maybachs represent great value for the luxury on offer and sub-$50,000 second-hand examples are not uncommon.

Maybach vehicles are complicated cars with lots of features. Maintenance is not cheap and must be kept up to date. This is not the type of car you buy without a vehicle history and the maintenance history must be flawless. Maybach models are not reviewed in car-reliability studies because of their low sales and they weren’t subject to any safety-critical recalls. It is, therefore, important to take along a Maybach or Mercedes expert or mechanic when you view and test drive a car to identify potential issues. Some 2010 Maybachs have suffered problems with their electrical systems, but these components should have been replaced at dealer visits as stipulated by the manufacturer. Oil leaks do occur as well on the 2010 Maybach models. The 2004 models can suffer power steering problems and several years reported issues with the electrical system producing error messages on the dashboard, including 2004, 2005, and 2010.

FAQs about used Maybachs for sale

Maybachs were not subjected to crash testing and have no official safety ratings because they sold in such low numbers. Safety should be of a reasonably good standard, but it should be noted that the Maybach 57 and 62 were both based on the early ’90s platform of the W140 Mercedes-Benz S-Class and not that of the newer W220 that succeeded it at the turn of the century. Safety features include front, side, and curtain airbags, ABS brakes, stability control, and a backup camera, but no modern driver-assistance features are fitted. The cars’ substantial weight of over 6,000 pounds would be beneficial in crashes with small cars though.

Which are the best and most popular Maybach models to buy?

With a length of over 225 inches even for the shorter 57 sedan, these are very large cars. The 57 is more than large enough for most people. The long-wheelbase 62 model is over 242 inches long, more unwieldy, and actually intended to be chauffeur-driven. As such, the 57 is the sensible choice, more affordable, and easier to handle. It was likely the most popular model too, but Maybach never released sales figures per model, so it’s hard to tell. These were the only body types Maybach offered:

Why did the Maybach brand fail and is it gone forever?

Several reasons are put forward for Maybach’s failure, including basing it on an old ’90s S-Class platform and the fact that it was manufactured alongside the S-Class and not in a dedicated factory such as its Bentley and Rolls-Royce rivals, which diluted the brand’s exclusivity. Some suggested it looked too much like an S-Class and used too many obvious Mercedes parts-bin pieces, and that it created the impression that it was a cynical committee-commissioned car and a way to ask a lot of money for a Mercedes, instead of a dedicated luxury brand. Maybach is still with us today, but as a top-end luxury trim for Mercedes, called Mercedes-Maybach, so you can still buy a new Maybach, but it will have a Mercedes emblem on the hood.

Where can I take a used Maybach for servicing?

Mercedes-Benz dealerships will service Maybachs because a Maybach is basically a rebranded and rebodied Mercedes with Mercedes engines and transmissions. Contact your local Mercedes-Benz dealer to enquire about booking in your used Maybach for a service or repairs.

How much would used Maybach cars cost me in the US?

A Maybach’s price varies according to the model, its mileage and condition, and whether it has a service history or not, so it’s hard to tell. Rather take a look at our pricing guide for used Maybachs’ prices.