It's been a long time since we watched the Audi e-tron GT Concept get revealed at the 2018 LA Auto Show. Countless spy shots and official teasers have led to the production model's big debut, which arrives in showrooms in mid-2021. Among the available variants, the 2022 Audi RS e-tron GT sits atop the lineup as the first all-electric model developed by Audi Sport.

Audi Sport doesn't slap an RS badge on just any product, so the RS e-tron GT needed to be remarkable. It will compete against the Tesla Model S Plaid, Lucid Air, and its own corporate sibling, the Porsche Taycan Turbo. Here's how Audi's latest performance electric car stacks up. 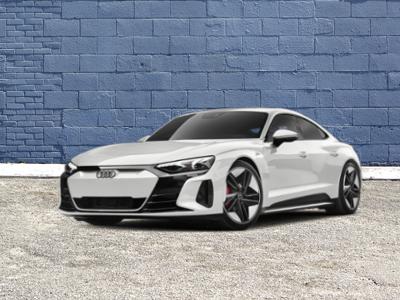 Not too much has changed since the e-tron GT arrived as a concept, and that's good news. The concept styling was so stunning; it was even the car of choice for Iron Man in Avengers: Endgame. Tony Stark himself would approve of the production car, as we only detect minor changes like eliminating the Quatro grille plaque and adding door handles and mirrors. Audi's head of design said that it's the "most beautiful car I have ever drawn."

The RS e-tron GT is around the same length as the RS7, but it sits lower and wider than its gasoline counterpart. We think the black front bumper elements work better with darker colors, but the available matrix-design headlights look fabulous no matter what. At the back, a full-length taillight bar gives the car a futuristic look. Audi believes the RS e-tron GT will be its next iconic design.

Inside, Audi resisted the urge to give the RS e-tron an interior that looks specific to an electric car. Recycled materials are found throughout the cabin as a nod to the car's eco-friendly nature, but the seats can be wrapped in Nappa leather if customers require. We happen to love the available polyester fiber seat covers, as they provide a unique look not found in other performance luxury cars.

Looking forward, drivers are treated to a 12.3-inch virtual cockpit display while passengers will rely on a 10.1-inch MMI touchscreen infotainment system. These controls should look familiar to current Audi owners, and we are surprised that the e-tron GT doesn't use the dual-screen setup found on the company's larger models.

Not So Silent Performance

While the base e-tron GT yields similar performance to an S7, the RS model delivers acceleration comparable to an R8 supercar. Its dual electric motors combine to produce 590 horsepower and 612 lb-ft (or 637 hp with overboost). 0-60 mph takes 3.1 seconds, which is quicker than a Porsche Taycan 4S but slower than the Turbo model, and a 155 mph limited top speed. Like the Taycan, the e-tron sends its power through a two-speed transmission with a short first gear that maximizes acceleration.

Unlike some electric cars, the GT includes a synthetic sound that's meant to deliver more thrill to the driver. The sound is tuned based on speed and load and is also amplified in the car's Dynamic setting. As with other RS cars, the e-tron GT sends power to a Quattro all-wheel-drive system that can react five times quicker than a conventional system.

Audi estimates that the RS e-tron GT can travel 232 miles on a charge based on the EPA cycle. On a DC fast charger, the car can add 62 miles of range in just five minutes or go from 5% to 80% battery capacity in under 23 minutes.

At $139,900, the RS e-tron GT costs exactly $40,000 more than the base model. It also slots cleanly between the $103,800 Porsche Taycan 4S and the $150,900 Taycan Turbo. The Audi creeps a bit close to the Taycan Turbo's pricing, but it does boast a better range and only marginally lower performance. Factoring in Porsche's expensive optional extras, the RS e-tron GT looks like a relative bargain.

But there's still the elephant in the room; the recently-revealed Tesla Model S Plaid, which outperforms the Audi for just $90 more. Tesla promises that its top-performing Model S will deliver over 1,100 horsepower (in Plaid+ guise), more than 520 miles of range, a 200 mph top speed, and a sub-two-second 0-60 mph time. The standard tri-motor Plaid model will still outperform the RS e-tron GT with a lower $119,990 price. With such staggering metrics coming from Tesla, Audi may still face an uphill battle here.

The most popular competitors of 2022 Audi RS e-tron GT: 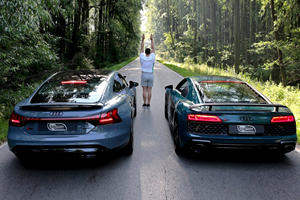 Video
5
Audi R8 Vs. RS e-tron GT Is The Ultimate Past Vs. Future Drag Race
The future is fast, but the past sounds so good! 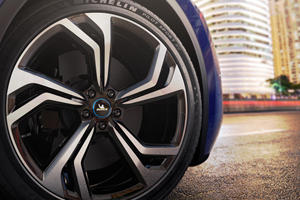 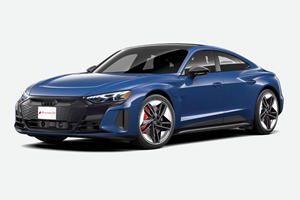 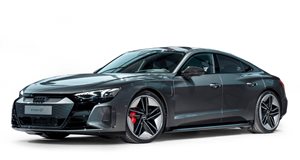