One would have thought that the aggressive BMW X6 and the more practical three-row X7 would be more than enough luxury SUV occupying the upper echelon of BMW’s lineup, but the X8 is set to change all that. Expected to offer powerful engines, the latest technology, and a generously-sized cabin, the big BMW crossover should make a strong statement when it is fully unveiled.

While originally thought to be a coupe-like SUV with a sloping roofline - as are other X-badged BMW’s with even numbers, such as the X4 and X6 - the latest spy shots of the X8 indicate that it will more closely resemble the X7, albeit with slightly more rounded lines and a flatter design to the face. Its length will see it slot firmly into the full-size SUV segment, though.

Technical details are yet to be confirmed, but we expect the new X8 to be offered in three variants including an M45e M Performance hybrid. The latest 745e plug-in hybrid sedan provides a clue as to this powertrain’s outputs, with the 745e combining a 3.0-liter turbo-six with an electric motor to produce 389 horsepower and 443 lb-ft of torque. Like that car, the X8 is expected to utilize the brand’s xDrive all-wheel-drive system.

A separate X8 M with 750 hp with an electric motor and a V8 engine is on the cards, too. Although the Audi Q8’s name may dictate that it’ll be an X8 rival, the Audi actually competes with the X6, so the X8 should further push the boundaries of performance and luxury in an SUV when it arrives sometime in 2021.

Car Culture
16
13 Future Cars We Can't Wait To See On The Road
The auto industry has slowed down, but it isn't stopping. 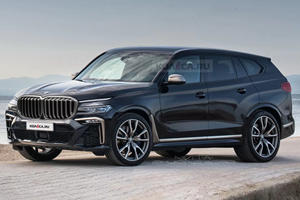 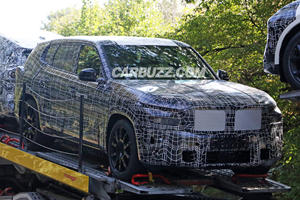 Rumor
0
BMW's 'Project Rockstar' Will Be A 750-HP X8 M Super SUV
This will be BMW's most powerful series-production model yet.
Now Buzzing