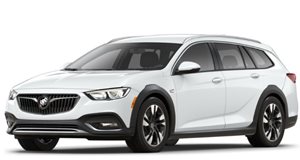 In years gone by, station wagons were the body style de jour, with Buick Wagons alongside those from Ford, Chrysler, Pontiac, and Dodge populating the roads. However, with newer styles like the hatchback and crossover entering the fray, the wagon market in the USA has been in a steady decline. Only a select few automakers still have faith in their wagons, and of those, only a handful are still sold in the US. However, Buick cannot be faulted for abandoning its station wagon model moving into 2021. It is just the latest vehicle to get the axe as the brand struggles to stay afloat amidst stiffer competition from Europe and Asia.

There is only a single Buick station wagon within recent history to look at. Though it is not a 2021 Buick wagon, it was only discontinued last year, so it remains relevant among modern models.

Regal TourX: The specs of the now-discontinued TourX are nothing special, which probably contributed to its lack of sales alongside the more powerful Audi A6 allroad and Porsche Panamera. Specs and features include:

Though discontinued for the 2021 model year, it is still possible to find a Buick Wagon new or available for lease in certain dealerships, though the used market is your best bet. Here is the MSRP price of the TourX when it was released new in 2020:

What to Consider When Buying a Buick Wagon in 2021

As with any vehicle, Buick station wagons have their own list of characteristics that set them apart from the competition. When buying a new vehicle, it is important to factor these in alongside price, availability, safety, and other concerns. Reading reviews on the Carbuzz buyer’s guide will allow you to see exactly what each model has to offer, while the comparison tool makes it easier to see what the competition brings to determine which is the best choice for you.

Is the Buick Regal TourX discontinued?

Unfortunately the TourX is just another name in the long list of station wagons to be cut from the market in the US. In fact, the entire Regal line was discontinued at the end of 2020, so Buick no longer sells any non-SUV vehicles for 2021.

For the most part, Buicks are considered reliable vehicles. According to J.D. Power, the majority of the brand’s models receive a dependability rating of 80+ out of 100. And, while the NHTSA has not rated every vehicle, those that it has evaluated have earned high ratings for safety - generally five stars.

Is Buick going out of business?

The American automaker has been seeing lower sales year on year, to the point where its parent company, General Motors, has decided to stop putting the Buick badge on the associated vehicles. Moving into 2022 and beyond, it is likely that more nameplates will be cut from the lineup. 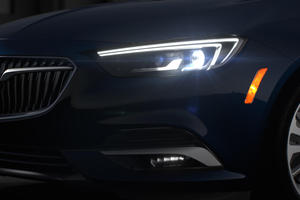 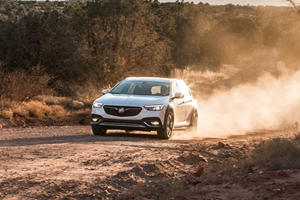 Buick Regal TourX
6
Now Is The Time To Buy A Buick Regal
Take advantage of these discounts while you still can.

Reveal
7
New Opel Astra Sports Tourer Is Another Sleek Wagon We Won't Get
Imagine if a new Buick Regal TourX looked as good as this.
See More Articles
Now Buzzing