As the new car industry starts striding towards an all-electric future, the new Chevrolet Bolt lays down a pretty impressive gauntlet for other mainstream electric car makers to attempt to pick up. On top of providing a range of 238 miles (which should be more than enough for most buyers to make comfortably make return journeys), the Chevrolet Bolt also impresses when it comes to space, road manners and equipment levels – plus, when the federal grant is factored in, the Chevrolet Bolt represents fairly good value for an electric car. Equally impressive rivals are due shortly, but the Chevrolet Bolt stands firm as one of the best EV cars you can buy right now. 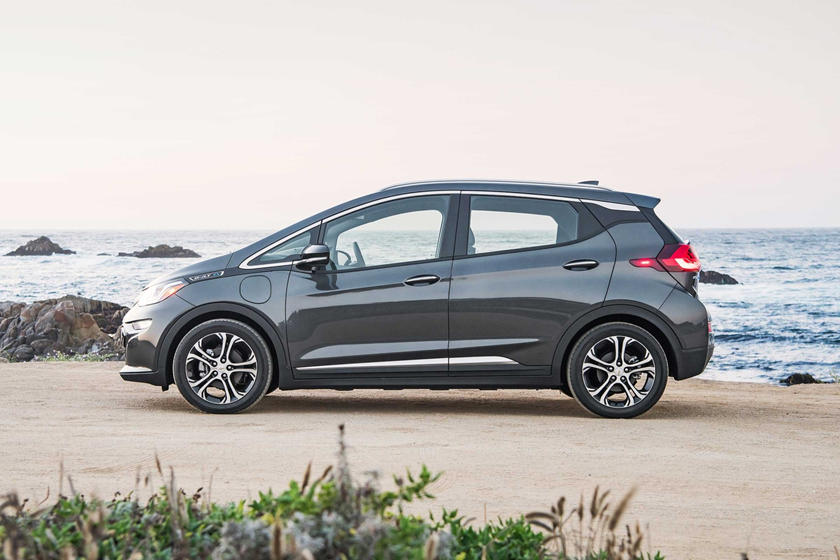 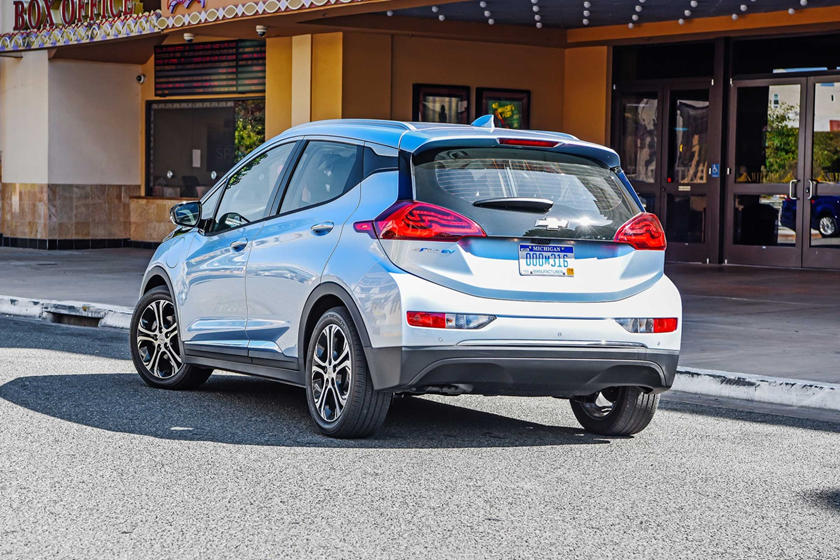 With so much EV hardware to pack into such a small car, it's perhaps understandable that Chevrolet decided to cut a few R&D budget corners with the interior: the plastic pieces are hard-to-the-touch and feel out of place in such an advanced car, for instance. That said, the design and assembly quality do compensate for the material cheapness, and the large touchscreen interface helps with cabin control ergonomics too. Space, though, is where the Chevrolet Bolt really impresses. Lots of storage spaces are dotted about the cabin, and the cargo capacities of 16.9 cubic feet and 56.6 cubic feet with the rear seat backs up and down respectively are also pretty ample for a car of this size. Decent amounts of leg room and acres of head room up front are also satisfying, though it's a shame taller passengers in the rear seats will find themselves brushing their heads on the roof lining. 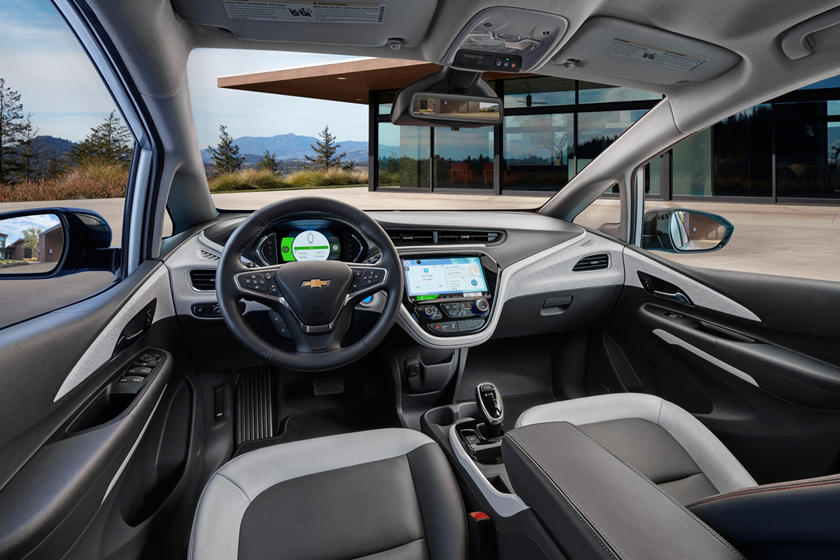 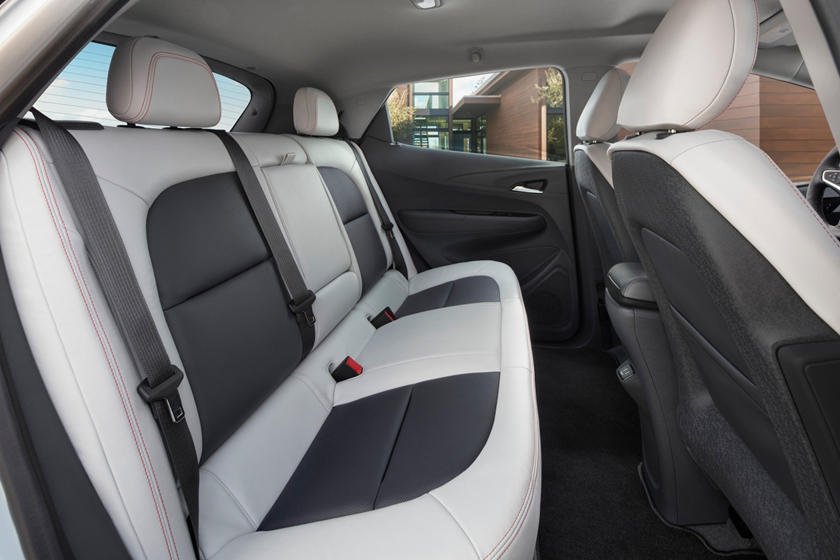 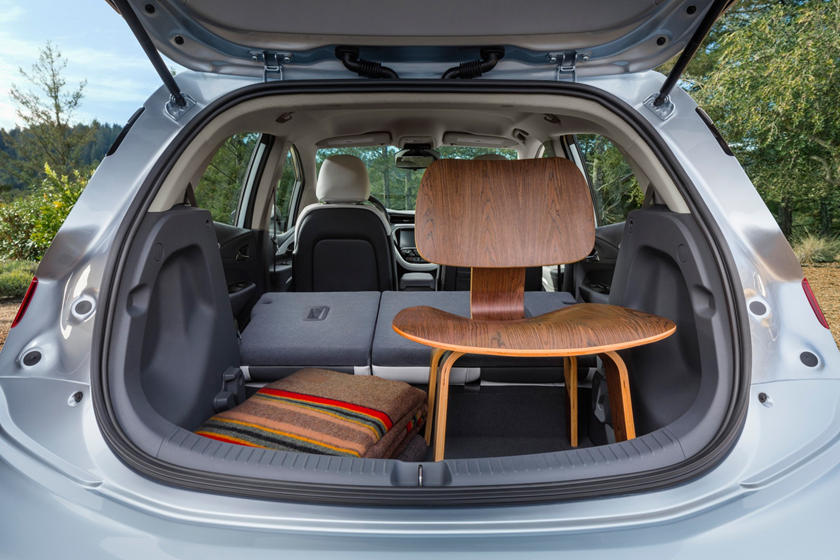 Being a compact hatchback, the Chevrolet Bolt is ideally suited to life in built-up areas. Light steering and a tight turning circle make maneuvering a doddle, overall visibility is rather good (bar the blind spots generated by the chunky pillars), and the suspension does a satisfying job of isolating occupants caused by obstructions such as manhole covers and shallow potholes. More interestingly, the Chevrolet Bolt can also deal with highway driving when needed: the same ride quality translates fairly well at higher speeds, and wind and tire roar are also pleasantly suppressed. Plus, with a low center of gravity as a result of the battery pack placement, the Chevrolet Bolt barely rolls when cornering. The only real downside, in fact, is the vague brake pedal brought about by the variable regenerative braking system – though it is a quirk you'll learn to adapt to over the initial ownership period. 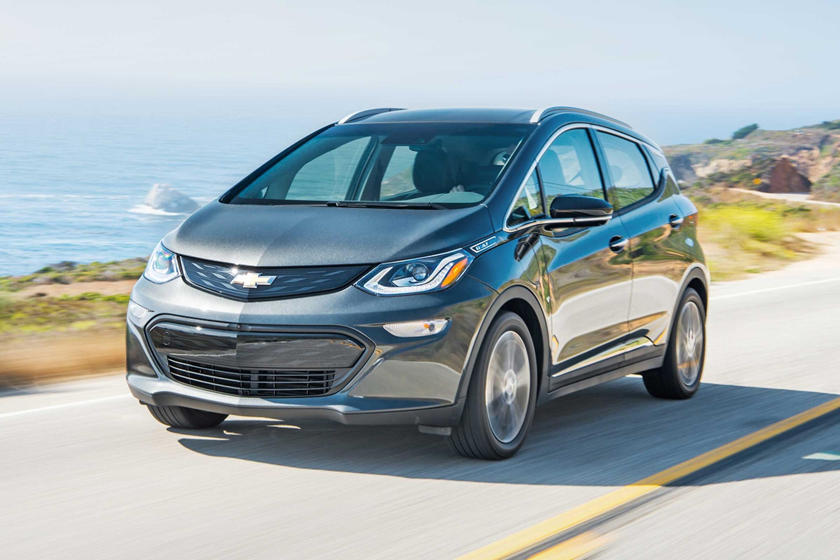 The electric car driving experience is almost defined by the immediate torque delivery, and the Chevrolet Bolt is no exception in this instance. What makes the EV hatch stand out, however, is the impressive straight-line speed available: with outputs of 200-horsepower and 266 lb-ft of torque, there's plenty of poke on tap for the Chevrolet Bolt to not feel out of place on the highway. Plus, being an electric car, there's no engine noise to speak of, which helps with the aforementioned noise refinement levels. Range isn't the best you'll find in an electric car, but the claimed range of 238 miles is pretty impressive for an electric vehicle at this price point, and should be enough for most buyers to not have to worry about running out of charge. 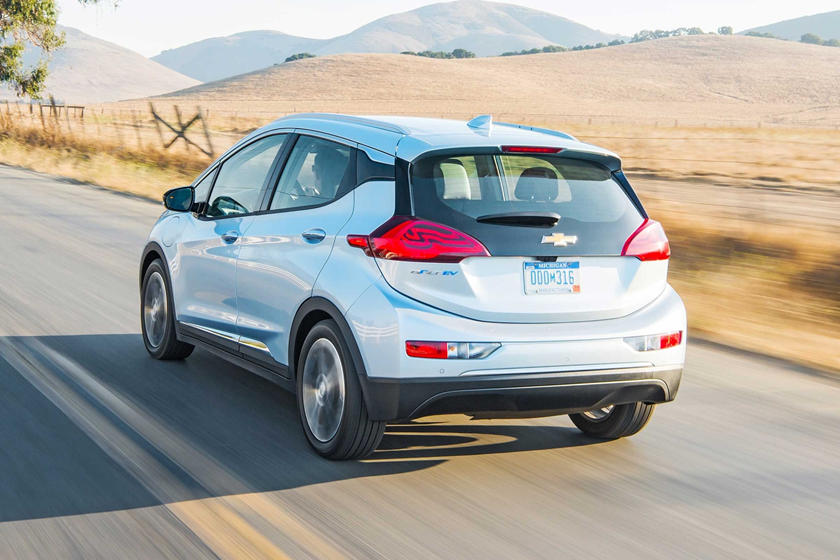 If there's one big downside with the Chevrolet Bolt, it's that the car doesn't quite come with the equipment you'd expect from a car at this price. Whilst that is again explained partly by the aforementioned EV powertrain reasoning, it is still a shame that heated seats and leather upholstery are reserved for top-spec models. That said, even the entry-level Chevrolet Bolt comes with a reversing camera, cruise control, climate control, Apple CarPlay and Android Auto compatibility and a built-in WiFi hotspot as standard. A load of options are available, but we reckon only the fast charging functionality ($750) and the bundle which includes blind spot monitoring and parking sensors ($495) to be worth considering. Crash test results aren't available at time of writing, but the array of standard-fit safety features should mean the Chevrolet Bolt offers more than enough protection in the event of an accident. 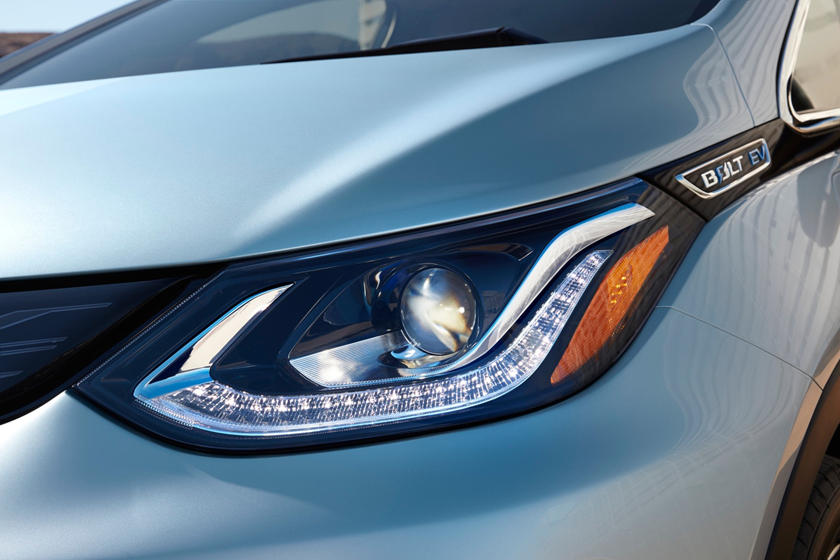 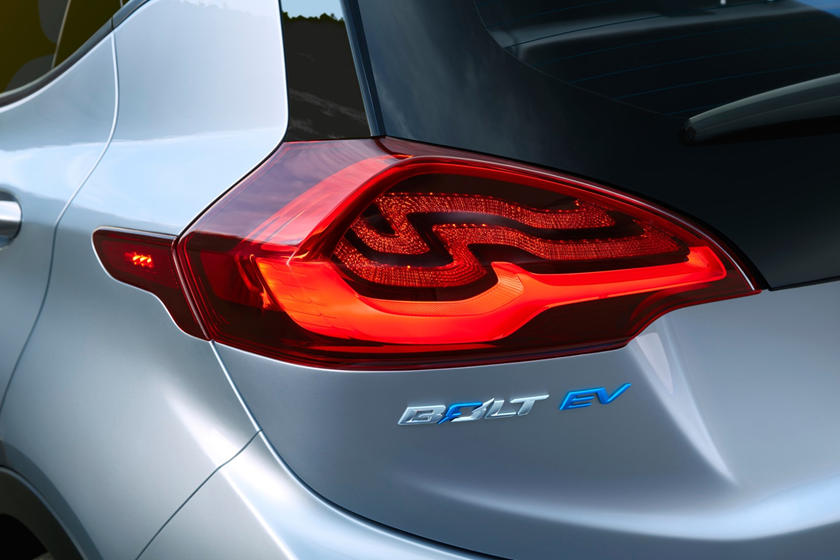 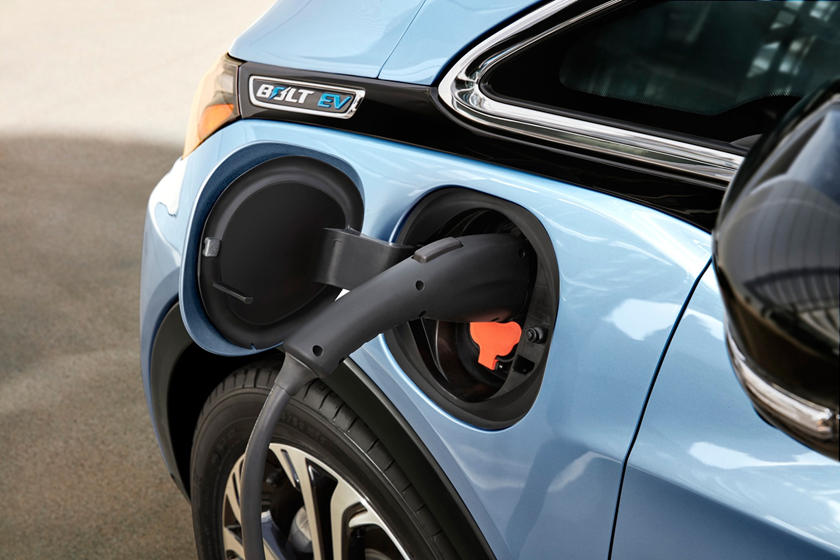 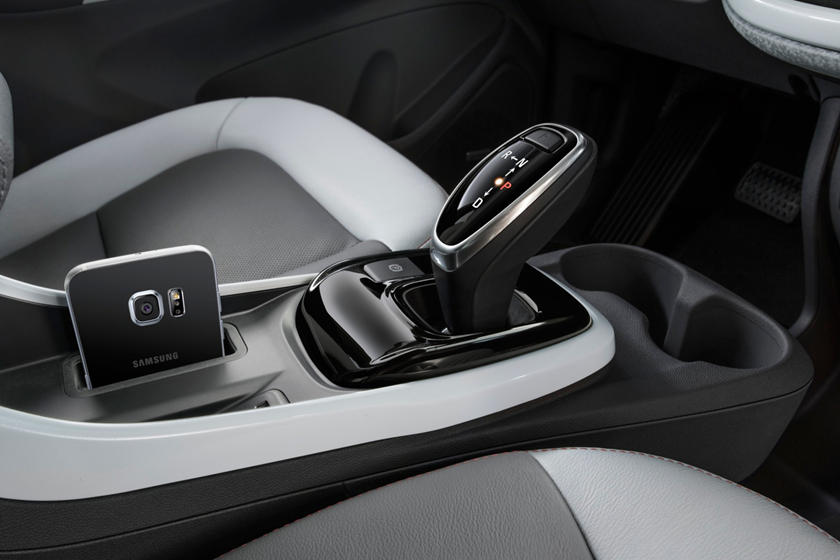 Bar a few chinks in its metaphorical armor, the Chevrolet Bolt is a very impressive overall hatchback that offers one of the least-compromised electric car ownership experiences at this price point. If you'll be able to recharge the batteries every 200 miles or so, the Chevrolet Bolt is definitely a car worth considering. 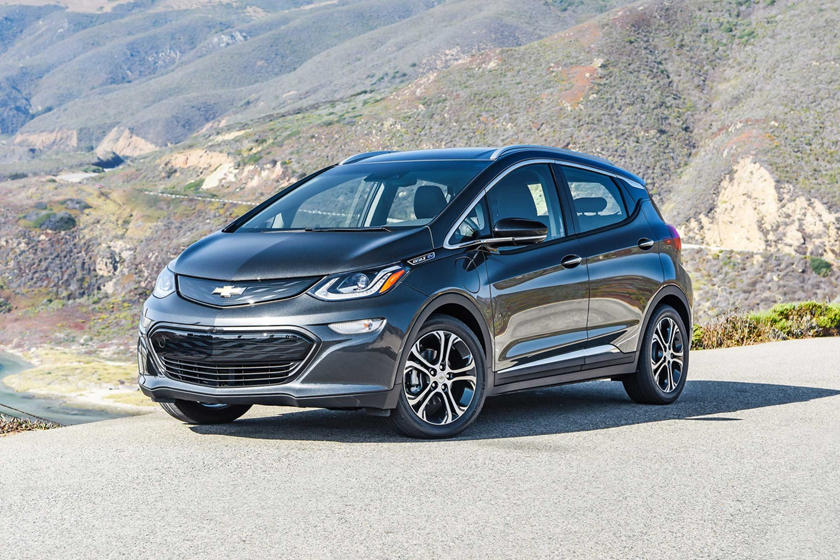 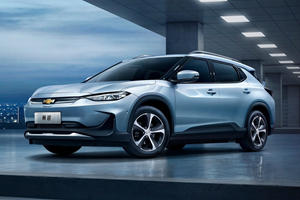 Electric Car
9
This Is How Chevrolet Plans To Beat Tesla In China
Price is in the Menlo Crossover's favor - it starts at just $22,780. 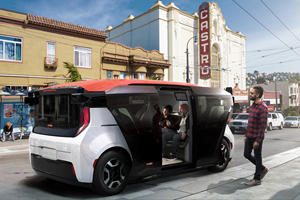 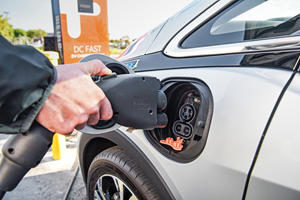 Government
17
America Has A New Plan To Increase Electric Vehicle Sales
Around one percent of all car sales just isn't enough. 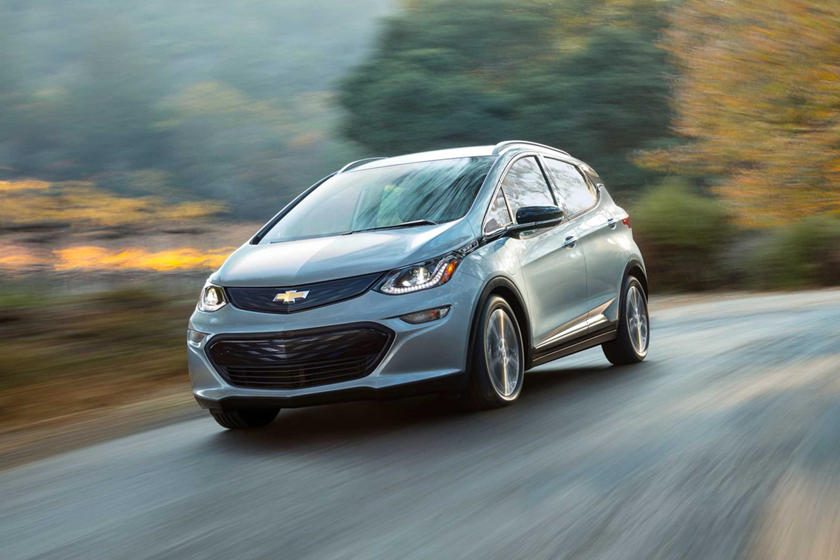