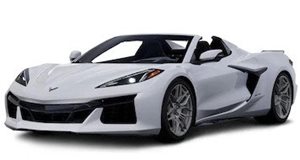 Power-hungry Corvette fans have had to be patient, but the high-performance Z06 Coupe and its convertible sibling have finally been revealed. Like the normal Corvette Stingray C8, the new Z06 is also offered in drop-top form. The main talking point of the Corvette Z06 leading up to its reveal has been its 5.5-liter naturally-aspirated flat-plane crank V8. With the ability to rev up to 8,600 rpm and its Ferrari-like soundtrack, lowering the roof simply amplifies the sound of the Z06's best virtue. But the Z06 Convertible is more than just its engine and sound. Let's dig in and find out more about this American supercar.

Convertibles are all about the drama, and the combination of the roof down and the Z06's chiselled lines is hard to resist. For the first time, the Z06 gets bespoke front and rear fascias. It has a 3.6-inch wider stance than the normal Stingray, and wheel sizes are 20 inches in front and 21 inches at the back. The convertible has a hardtop which should be good noise for insulation when it's up and has the convenience of being power-operated, unlike the targa-style roof panels on the coupe which have to be manually removed. Despite this being a drop-top, though, Chevy says that the Z06 is so inherently stiff that no different suspension tuning was required for the roofless model. Buyers can customize the Z06 Convertible with a carbon flash high-wing spoiler, full-length racing stripes, and brake calipers in various colors. 12 crazy paint colors are on offer, too, including Amplify Orange, Elkhart Lake Blue, Rapid Blue, Torch Red, and Accelerate Yellow.

Interior: All About The Driver

This remains an undeniably racy cockpit. A fat center console divides the driver from their passenger. There are seven interior colors, three seat choices, and two interior carbon fiber trim packages to choose from. The sporty steering wheel that houses the shift paddles can be wrapped in carbon fiber as well. The seats are snug and supportive, and the new rev counter reflects the V8's ability to rev to nearly 9,000 rpm. Although most of the changes have taken place under the skin, the Z06's highly customizable cabin provides the perfect vantage point from which to enjoy it all.

Performance: Nothing Flat About The Flat-Plane V8

The regular Corvette is already a viciously quick car, but the Z06 will embarrass most other cars on the road, and some that cost far more. The 5.5-liter naturally-aspirated V8 engine has a flat-plane crankshaft that enables it to rev all the way to its 8,600-rpm redline. Known as the LT6, it generates 670 horsepower and 460 lb-ft of torque and is paired to an eight-speed dual-clutch automatic transmission. This is officially the most powerful naturally-aspirated V8 engine to be used in any production car, and Chevy engineers spent plenty of time cultivating the rich exhaust tone.

Like the normal Stingray, we expect little to no difference in performance between the Z06 Convertible and its coupe sibling, so a 0-60 time of around 2.6 seconds will be achievable. With the Z07 performance package, the 'Vette provides 734 pounds of downforce at 186 mph. Chevy hasn't quoted a top speed but without a limiter, this sort of power could get you up to 200 mph.

The suspension has been uniquely calibrated for the more powerful Z06 but it retains its rear-wheel-drive layout.

Chevrolet hasn't yet revealed pricing for the new Z06 Convertible, but this has always been a major selling point for the C8 Corvette. At its price, the regular model simply offers far more firepower than anything from Porsche, along with exotic looks and mid-engined configuration. The previous-generation Z06 Convertible started at around $85,000, but that was a 2019 model and the new Z06 is an entirely different prospect. We expect it to retail at around the $100k mark, but even at that price, it represents good value for money. Porsche will already charge you about $150,000 for a 911 Carrera GTS Cabriolet and that only has 473 hp.

The Z06 Convertible is likely to be the ballsiest roofless sports car experience you can have at that price.

The most popular competitors of 2023 Chevrolet Corvette Z06 Convertible: 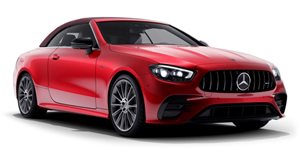 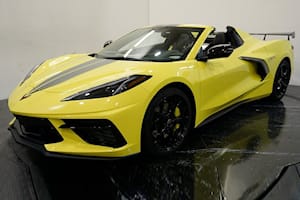 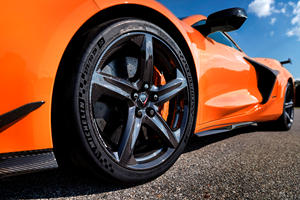 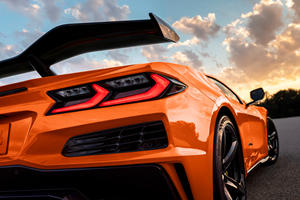