When the C7 Corvette has a reputation for performance that can embarrass metal twice or three times the price, how do you improve? Well, Chevrolet's engineers felt that they had reached the limit of a front-engined sportscar's capabilities, and finally made good on the Corvette's original aspirations. A mid-engined Corvette is now a thing, and, unlike its expensive exotic competitors, the price starts below $60,000. Another rare feature is a naturally aspirated V8. With 490 horsepower (495 with the Z51 package) and 470 lb-ft of torque, the C8 still retains its heritage in the best ways. The Corvette badge is becoming its own brand, one that stands out as an avenue for inexpensive performance and, with the C8, luxury too. So, does it live up to the hype? Let's find out.

The C8 is an all-new Corvette for 2020. A new V8, dubbed the LT2, sits in a new position in the car, while the suspension, exhaust system, interior features and finishes, and wheels are new too. Most notable is the deletion of the manual gearbox (at least for now), heralding the first time that a Corvette can't be had with a stick shift. Instead, you get another Corvette first - an eight-speed dual-clutch automatic that is built to shift quickly and smoothly enough to make you forget that you can't row your own gears. 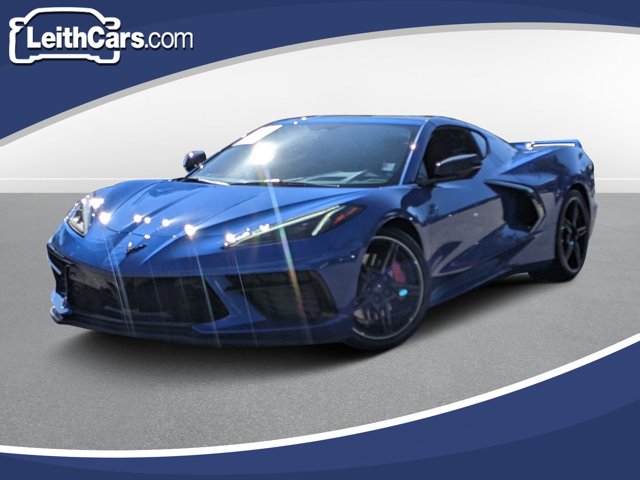 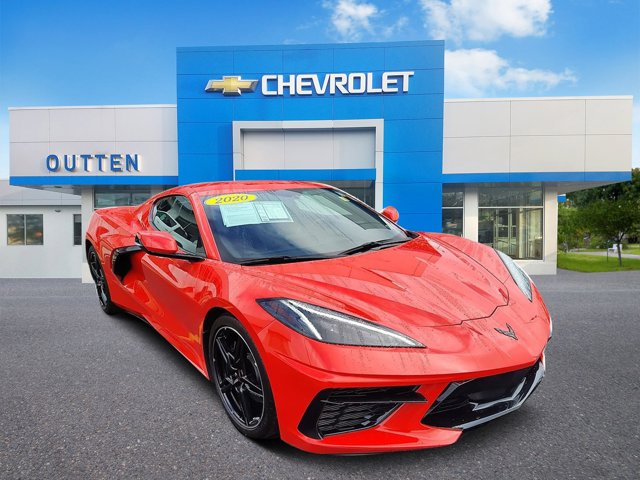 The C8 Corvette is not something that you can jump into and immediately be perfectly attuned to as an owner of previous 'Vettes. The mid-engine layout brings with it a totally different dynamic in how the car behaves, and those who are used to hanging the tail out with smoky drifts will find that the C8 doesn't like that sort of behavior. While it turns in very sharply and accurately (albeit without much feel), the line between a slightly overpowered turn with a hint of opposite lock and full crowd-plowing snap oversteer is very fine. If anything, the C8 prefers to understeer, with more power only adding to the problem. Deactivating the traction and giving it a bootful of power then causes the car to rotate on itself, resulting in the kind of crash that won't earn you any favors with the insurance company. Nevertheless, that limit is some way away from where most will be willing to take it. For the average track enthusiast, the C8 is brilliant, and its clever suspension and variable drive modes allow for varying degrees of performance, each of which is impressive and suited to what it's meant to do.

One gripe you may have after some highly spirited driving is with the brakes. Towards the end of the pedal, feel disappears and it becomes difficult to tread the line between good braking and ABS activation. However, this is also unlikely to become an issue unless you really push the car to its limits. Opting for the Z51 package is definitely worth your while if you want the best out of your Corvette, as it adds adaptive magnetic suspension. Even in its stiffest setting, the ride is good enough for daily use, while the more comfortable setting is outstanding, completely insulating you from even big bumps. Overall, the Corvette now feels like a complete package, integrating daily comfort with dynamic handling. However, you get the sense that the engineers held back a bit, thus making things easier for when they bring out more track-oriented versions of the C8.

Verdict: 🏁Is the 2020 Chevrolet Corvette Worth The Hype?

While alternatives from Mustang and even within Chevrolet offer more outright power, the C8 lives up to its billing as an affordable sportscar. With a base price just below $60,000, the latest Corvette hasn't priced itself out of its own market. The interior is beautiful and well-crafted, and is no longer "good for a cheap American sports car" - it's good, full stop. The available adaptive suspension, sticky tires, and variable exhaust included in the Z51 package are also well-priced, with the bundle costing just five grand and improving the already good C8 considerably. Yes, the new handling dynamics that are inherent to a mid-mounted setup will take previous Corvette owners some getting used to, but this is still an approachable car that inspires confidence. This may not be the ultimate sports car ever, nor the most powerful by a long shot, but it is brilliant, and worth every penny of its low asking price.

Check out other Chevrolet Corvette Styles 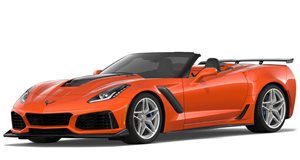 At a starting price of $62,000, the Camaro ZL1 is barely more expensive than the base Corvette, has a whopping 650 hp (160 more than the C8) as well as four seats and the option of a manual gearbox. On paper, buying the Corvette seems like an extravagance that makes no sense. However, the Corvette is surprisingly more versatile than the Camaro, whose rear seats are best used to extend the ZL1's meager 9.1 cubic feet of available storage space, which trails considerably behind the Corvette's 12.6. This aside, the Corvette is a truly special car, something that has the supercar looks and hype without the excessively inflated price tag. If all you want is power and on-track performance, the Camaro ZL1 is perfect. But with adaptive dampers and a sense of style that is unmatched, the Corvette is unrivaled for the price. Doing without all the overt wings, spoilers, and canards, the Corvette is self-assured and capable - not just of setting blistering lap times, but also of being used every day while carrying itself with elegance.

If you want over 450 hp from a sports coupe with a relatively low asking price, the Ford Mustang GT Premium starts at just below $40,000 (almost $20,000 less than the Chevy) and only has a 30-hp deficit. Although just as impractical as a Camaro's, the Mustang also has rear seats, and with a 13.5 cubic-foot trunk, it's definitely a more practical car than the Corvette. In addition, it can be had with a manual gearbox and has restrained styling that helps one blend in. However, you get what you pay for in the Mustang, and despite its "Premium" billing, the interior is plagued by rough, hard plastics, an aging infotainment system, and a generally cheap feel. If price is your concern, you likely aren't shopping for a sports car knocking on the door of 500 hp. Therefore, the better built, more modern, and generally more appealing Corvette gets our vote.

The most popular competitors of 2020 Chevrolet Corvette Stingray Coupe: 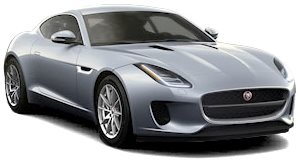 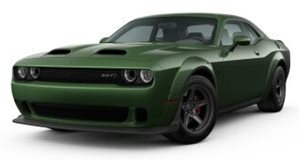 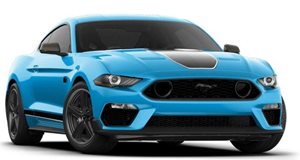 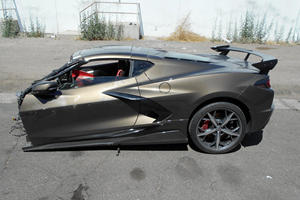 Crash
17
2020 Chevy Corvette's V8 Engine Survives Shocking Crash
If it wasn't mid-engined, the LT2 powerplant would have been dead. 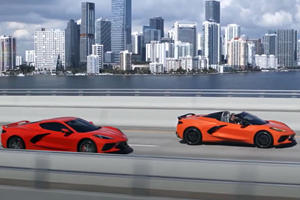 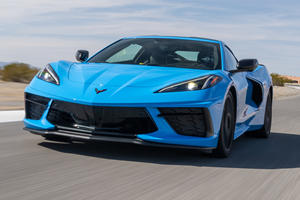 Sports Cars
8
This Was One Of The Least Popular Options For The 2020 Corvette
Any guesses?