Being an affordable and potent sports sedan, the Dodge Charger certainly has lots of appeal.

With several engine options, impressive handling and braking performance, and heaps of safety features all attached to a low price tag the Dodge Charger can't be overlooked against its competition when deciding what high-performance sedan should be bought. The car has its faults like gas mileage and size, but buyers who can overlook those faults will find a very likeable performance sedan in the Dodge Charger. 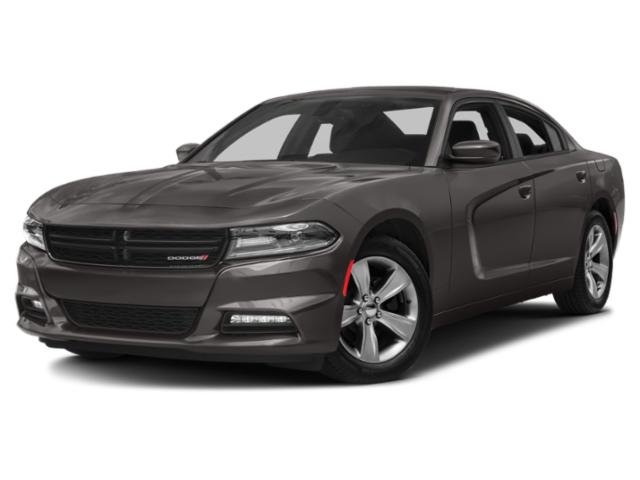 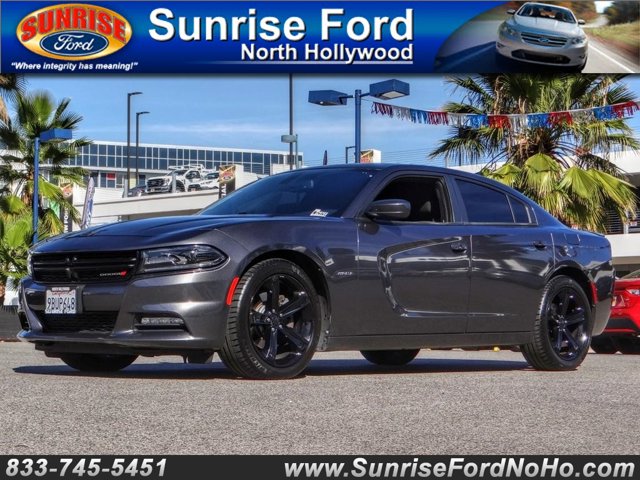 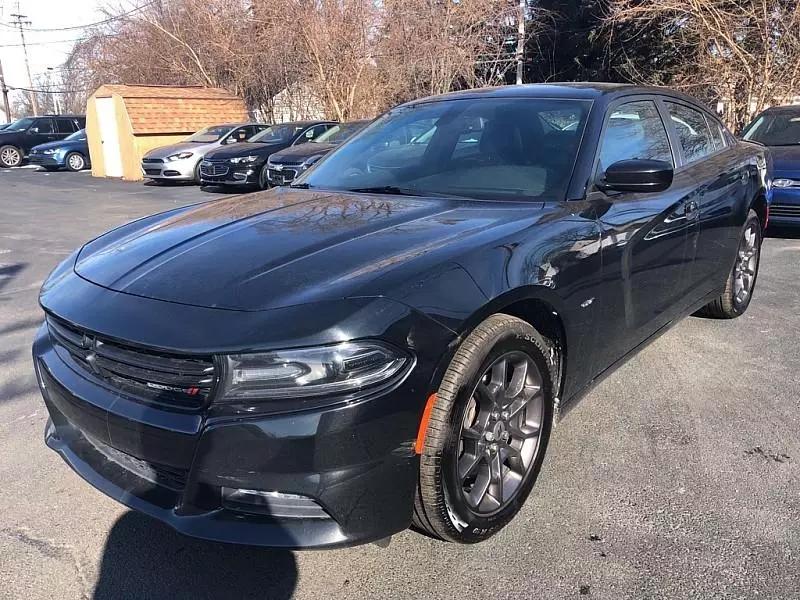 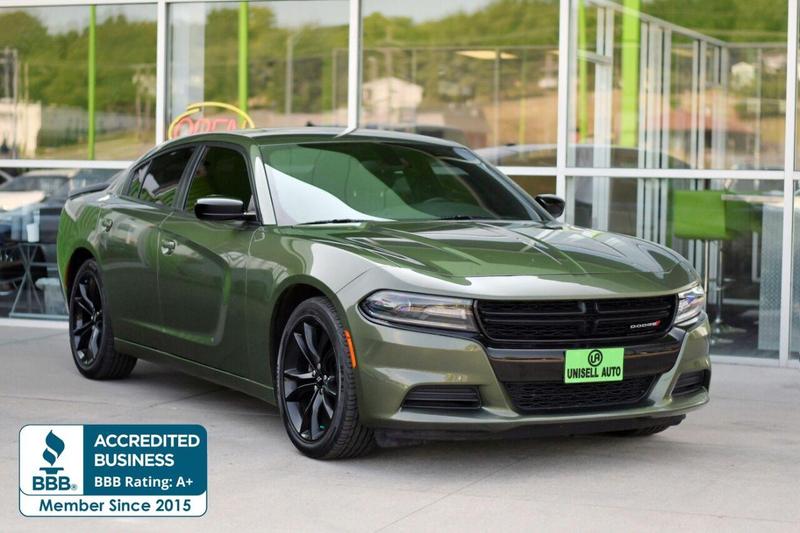 The quality has improved, but space is still surprisingly lacking in areas

The Dodge Charger provides a lot of room for its front passengers. It also holds some stylish accents, where various parts are outlined with silver-colored trim. There's a USB charge port and plenty of storage space in the center console and the glove box is enormous. Some retro design touches are also featured, with a highlight being the 'T-handle' gear shift. Better still, the quality of the materials is also fairly acceptable for the most part, though cheaper-feeling pieces are present in places like the lower portion of the center console.

The Dodge Charger sports a sizable 8.4-inch touch screen that features a very intuitive and easy-to-use infotainment system. Considering how large the car looks from the outside, the back seats aren't as big as expected. Despite this they offer a decent level of comfort and are heated. There's even two additional USB charging ports for the rear passengers. In terms of trunk space, the Dodge Charger offers plenty. At 16.5-cubic feet it's right with the competition of the Chrysler 300, and much larger than the Nissan Maxima's 14 cubic-feet.

The Dodge Charger handles pretty well, and with good feedback from responsive steering and biting brakes the car provides a lot of confidence. Even the base models have good grip and admirably-controlled body motion, and with an optional sport suspension offered in some trim levels it only gets better. What holds the car back is its weight, with the Dodge Charger starting to feel every bit of its 4,000lbs curb weight when you drive the sedan especially hard. Thanks to rear pillars being somewhat of a nuisance, visibility through the sides and rear windshield suffer as well, but Dodge offers some solutions to overall visibility including blind spot and rear parking sensors.

The Dodge Charger does well to strike a balance between performing adequately and being a good daily driver. As a result, the car is very quiet on the inside at highway speeds. Also available on the Dodge Charger is an all-wheel drive system that improves traction over the standard rear-wheel drive models – though it's worth pointing out the system is only available on models with six-cylinder engines.

A lot of fantastic and powerful engines on offer

The Dodge Charger a fantastic engine lineup, with just about every avenue covered. Base SE and SXT models come with a 3.6-liter six-cylinder gasoline engine that produces 292-hp. The same engine can be available with 300-hp when the Rallye Group package is installed. Next up is the RT trim-exclusive, 370-hp 5.7-liter eight-cylinder gasoline engine. While the horsepower starts to stretch out a bit more with the RT it's also when fuel efficiency starts taking huge hits. The six-cylinder equipped Dodge Charger can return a respectable 19 mpg city/30mpg highway, while the eight-cylinder equipped RT struggles with 16 mpg city/25mpg highway.

The range-topping Dodge Charger RT Scat Pack, SRT 392 and Daytona 392 models are only available with a 485-hp, 6,4-liter eight-cylinder gasoline engine. With this engine fitted, the Dodge Charger from 0-60 mph in under five seconds which is impressive when you consider the car's weight. Part of that acceleration is down to the smooth-shifting eight-speed automatic transmission that's available on all models, and is the only transmission you can specify on a Dodge Charger. From the base SE model, the Dodge Charger has its competition beat. The Chevrolet Impala, Ford Taurus and Honda Accord V6 are all several horsepower short of the Dodge Charger, and at least in the Honda Accord's case, for more money. That spells cheap performance for the Dodge charger.

Good value and lots of impressive safety features as standard

Despite the affordable price, the Dodge Charger doesn't cut corners when it comes to safety. Dodge offers several safety options as part of different packages. In the Technology package the Dodge Charger comes with brake assist, adaptive cruise control that can automatically stop depending on the distance from the next car, lane departure warning, lane keeping assist and forward collision warning along with blind spot and cross path detection. Dodge also offers a Driver Confidence package which includes, among other safety features, a rear park assist system. The Dodge Charger's high level of safety is not in dispute, as the vehicle scored the full five stars in its most recent crash test.

The Dodge Charger starts cheap, and ends cheap. The base SE model starts at just under $28,000. While this model can't come with the Technology or Driver Confidence packages, it's still available with the park assist feature and some interesting external features like different wheels and a "Blacktop Appearance" package. The trim we recommend is the RT Scat Pack, which comes with the 6.4-liter eight-cylinder engine, performance brakes, performance transmission and can come with the Technology and Driver Confidence packages if so desired. All this is still relatively inexpensive for what you're getting, at around $40,000. Against the competition, the BMW 535i, Ford Taurus SHO and the Chevrolet SS, the only car that's cheaper than the Dodge Charger is the Ford Taurus SHO which is less than one hundred dollars cheaper that the RT Scat Pack. Either way, the base SE and SXT models would do well with the Rallye package, because a little extra passing power is never a bad idea.

The Dodge Charger can feel heavy at times and isn't very fuel efficient. On the other hand it's agile, quick and offers a lot of performance options while still being fairly well priced. Compared with its rivals, the Dodge Charger makes a very convincing case for itself, and we feel it's definitely worthy of your consideration if you're after a big, bang-for-your-bucks-oriented four-door sedan.

The most popular competitors of 2018 Dodge Charger: 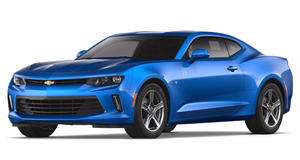 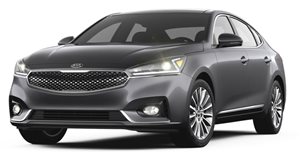 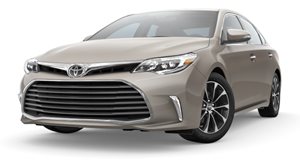 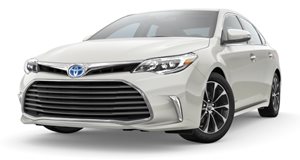 Car Culture
3
The Most Stolen Cars In America
Lock up your Dodge Challengers but don't sweat your Mazda MX-5 Miata. 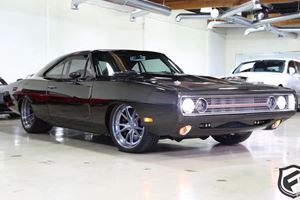 Tuning
31
This 1970 Dodge Charger Tantrum Is A Crazy 1,650-HP Restomod
If it looks like it belongs in Fast & Furious, there's a good reason why. 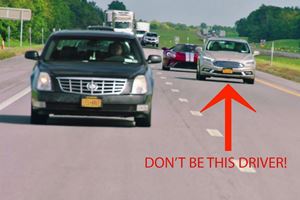 Dodge Charger
24
Someone Finally Gets Pulled Over For Driving Slow In The Left Lane
Let this be a message to all of the slowpokes out there.