The Ferrari Portofino is a beautiful drop-top GT that represents a softer side of the Italian marque, not that it is anything less than a brute when flooring the loud pedal. Now, a more powerful evolution of the convertible has been unveiled in the form of the Portofino M. The 'M' stands for 'modificata' which translates to 'altered', an apt description of this more hardcore Portofino.

With 612 horsepower and 561 lb-ft of torque from its uprated 3.9-liter turbocharged V8 engine, it'll reach 62 mph in only 3.45 seconds, aided by a new eight-speed dual-clutch automatic gearbox. There are few more glamorous ways to enjoy wind-in-your-hair motoring than in the quick and gorgeous Portofino M.

Is the Ferrari Portofino a good car?

Exterior: A Portofino With More Attitude

While retaining much of the Portofino's stunning proportions, the M receives numerous subtle touches to set it apart. In front, there are new air vents positioned at wheelarch height, which Ferrari says reduces drag. An added slash has been incorporated into the front bumper design. On the grille, there are new aluminum slats. Along the sides are bespoke diamond-finish wheels, while moving around to the back reveals a more compact tail as an upgraded exhaust system has enabled Ferrari to do away with the silencer assembly. A new design for the rear diffuser allows this section to be optionally finished in carbon-fiber.

It's not easy to tell apart the Portofino M's cabin from the Portofino's. Ferrari has retained the driver-focused layout with the tachometer prominently positioned behind the steering wheel, along with the 10.25-inch touchscreen in the center of the dashboard. As before, Ferrari gives the front-seat passenger a lot to play with, too, such as the passenger-side touchscreen. The company says that an ultra-compact seatback profile has availed more room for those in the back, but legroom remains tight in there. A neck warmer built into the headrests is available, along with three-level ventilation for the seat and backrest.

As Ferrari often points out, the 3.9-liter turbocharged V8 is from the same engine family that won the International Engine of the Year award four times consecutively. For the latest Portofino M, new cam profiles and a speed sensor for the turbocharger assembly contributed to the increased outputs of 612 hp and 561 lb-ft. While torque is the same as the Portofino's, power has jumped by 20 hp.

Whereas a seven-speed dual-clutch was used previously, the M gains an additional gear. That eighth gear benefits fuel-efficiency, a nod to the Portofino M's positioning as a GT. Enhanced clutch torque control makes the Portofino M easier to drive at lower speeds in urban settings. The Portofino M will reach 62 mph in 3.45 seconds, 124 mph in 9.8 seconds, and a top speed of over 198 mph.

Notably, the Portofino M comes with a five-position Manettino switch with the driving modes comprised of Wet, Comfort, Sport, Race, and ESC-Off. Race Mode is a first for a Ferrari GT Spider model. The brand's Side Slip Control (SSC) system contributes to the Portofino M's engaging handling by calculating the sideslip angle. By so doing, the system works out exactly when to intervene. As in the Portofino, power goes to the rear wheels exclusively.

On-Board Tech: Not All About Performance

Ferrari's available safety suite for the Portofino M is one of the most comprehensive it offers on any of its models. The various driver-assist innovations include adaptive cruise control, blind-spot monitoring, lane departure warning, traffic sign recognition, a surround-view camera system with a 3D display, rear cross-traffic alert, and predictive emergency braking.

This is in addition to the dual TFT displays within the instrument cluster, the HD touchscreen with split-view capability, and an available seven-inch touchscreen for the front-seat passenger.

Ferrari has not yet divulged pricing information for the Portofino M, but considering that the Portofino carried a price tag of $215,000, we wouldn't be surprised if the M required you to part with a quarter of a million bucks. Rivals will include the Porsche 911 Turbo Cabriolet and the Aston Martin DB11 Volante.

An on-sale date for the US market is yet to be confirmed, although the Portofino M is expected to reach European showrooms in late spring of 2021. 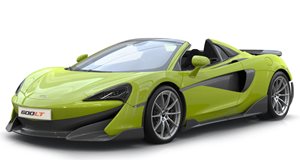 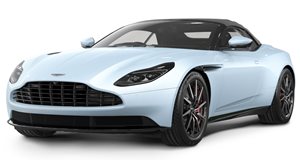 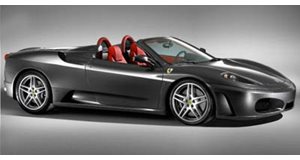 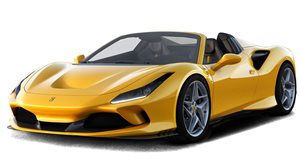 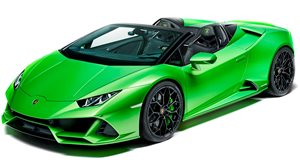 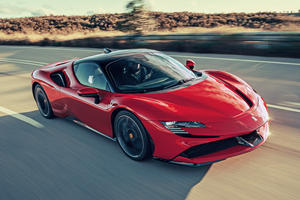 Supercars
6
Ferrari's Latest Sales Results Are Beyond Impressive
Its third-quarter earnings results are in. 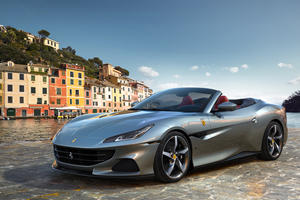 Technology
Merc Says Its 56-Inch Hyperscreen Will Be Easy To Use
Portofino MPortofino
$244,713
Price (MSRP)
Ferrari Portofino M For Sale
#30 in Best 2-Seater Convertibles
#34 in Best Cars from $200k to $300k
Ferrari Convertibles