The current-generation Ford Fiesta may be departing us soon, but that doesn't mean it's a comprehensively outclassed car. On the contrary, the Ford Fiesta has managed to remain a very competitive compact hatch ever since its introduction in 2009, courtesy of a combination of being affordable, cheap to run, great fun to drive and fairly spacious. Being an older car, it does lose ground to newer rivals in areas like build quality and equipment, but the Ford Fiesta nevertheless is comprehensive enough to remain a thoroughly likeable family hatch – and one we'll miss dearly when production comes to an end. 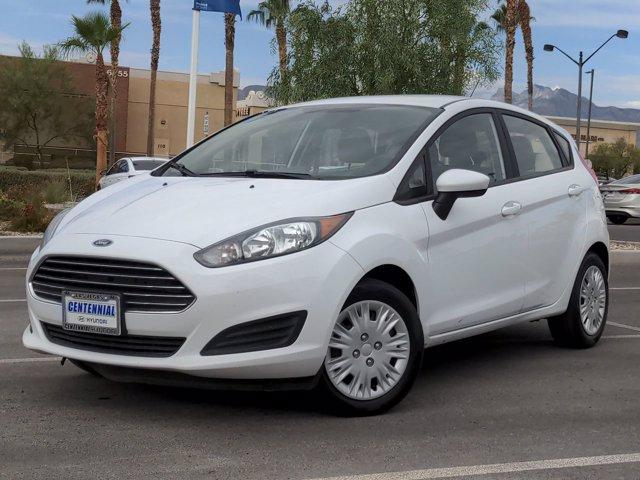 'Starting to show its age, though still fairly well built and decently spacious'

If there's one area that holds the Ford Fiesta back, it's the overall interior quality. Whilst it's certainly built to a good standard, the materials used are on the cheap-feeling side by class standards, and the control layout on the center console is extremely fiddly in an age where touchscreen interfaces are now the norm. Rear seat head and leg room is a bit pinched by segment standards, though adults should be comfortable enough on shorter journeys and the seats are overall very comfy and supportive. Likewise, the 14.9 cubic feet cargo space isn't amazing by class standard, and isn't the most usable you'll find in this class (mainly due to the high trunk lip and the steep ridge that forms when you fold the rear seat backs down), but the big trunk opening does make loading larger items in fairly straightforward.

'Despite its age, still one of the nicest and most entertaining cars to drive in this class'

It may be one of the oldest cars in this segment, but the Ford Fiesta is still one of the best driving cars in this segment. Body lean when cornering is very well suppressed, the overall ride only gets choppy over broken asphalt (though is on the firm side in comparison with rivals) and there's a decent amount of noise insulation. Better still, the controls are well-weighted, with the steering in particular getting the right balance of heftiness and ease of use. Forward visibility is very satisfactory, with the quarterlights in the base of the front pillars being particularly handy, though all Ford Fiesta models do come with big rear blind spots courtesy of the larger rear pillars.

As standard, the Ford Fiesta comes with a rather pleasant 1.6-liter four-cylinder gasoline engine. Producing 120-horsepower and 112 lb-ft of torque, the engine has plenty of pulling power to call upon, and is just at home in city traffic as it is on the highway. Plus, it's also very efficient, with economy figures of up to 28mpg city/38mpg highway. If your budget goes far enough, though, the 1.0-liter three-cylinder gasoline engine is a very enticing prospect. Despite being smaller, it's more powerful at 123-horsepower and 125 lb-ft of torque, and 31mpg city/43mpg highway economy is incredible by class standards. Hot hatch aficionados will be more satisfied with the 197-horsepower 1.6-liter four-cylinder gasoline engine in the range-topping ST model. Manual transmissions come as standard on all Ford Fiesta models, with all versions bar the ST being available with an automatic option.

'A bit lacking, but still decently equipped and performs well in crash tests'

If it's equipment you're after, then the entry-level Ford Fiesta in $13,960 'S' spec will disappoint. Though it's fairly well specified for the price, highlights of Bluetooth connectivity and a six-speaker sound system aren't immediately impressive. As a result, we're more inclined to recommend the $15,190 'SE' trim, which features satellite radio, a touchscreen infotainment system, comfier seats and built-in navigation as standard. Buyers who want all the bells and whistles, though, can go for the range-topping 'Titanium' trim for $18,950. Being an older car, the Ford Fiesta doesn't feature that many safety features, though what it does have was enough to secure a respectable four-out-of-five-stars rating in its most recent crash test.

Though admittedly too flawed to be the outright class leader, the Ford Fiesta remains a well-rounded and enjoyable-to-drive compact hatchback that those who enjoy driving will have a big soft spot for. If you are set on Ford Fiesta ownership, snap one up soon before the last examples bound for the USA are gone for good.

The most popular competitors of 2017 Ford Fiesta Hatchback: 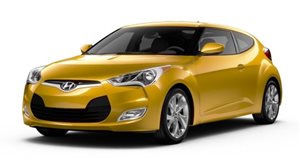 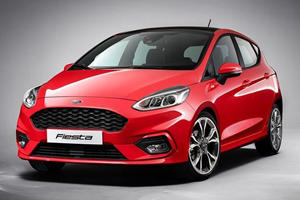 Ford Fiesta Hatchback
12
Say Goodbye To The Ford Fiesta In America Starting In 2018
And yes, that means the Fiesta ST too. 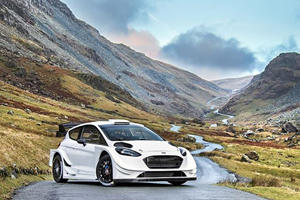 Reveal
8
The M-Sport Fiesta WRC Car Is A Bonkers Pocket Rocket With 380 HP
Who needs a new Fiesta ST when there's this? 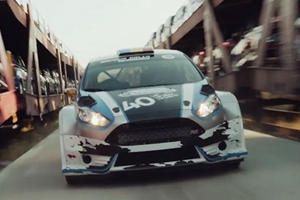 Video
4
Ken Block Isn't The Only One Who Can Drive The Hell Out Of A Ford Fiesta
Gymkhana. Awesome as ever.