Everything You Need To Know Before Buying A Used Focus Mk3

The third-generation Ford Focus sedan and hatch received a comprehensive facelift for the 2015 model year and looks very different, compared to the old model. 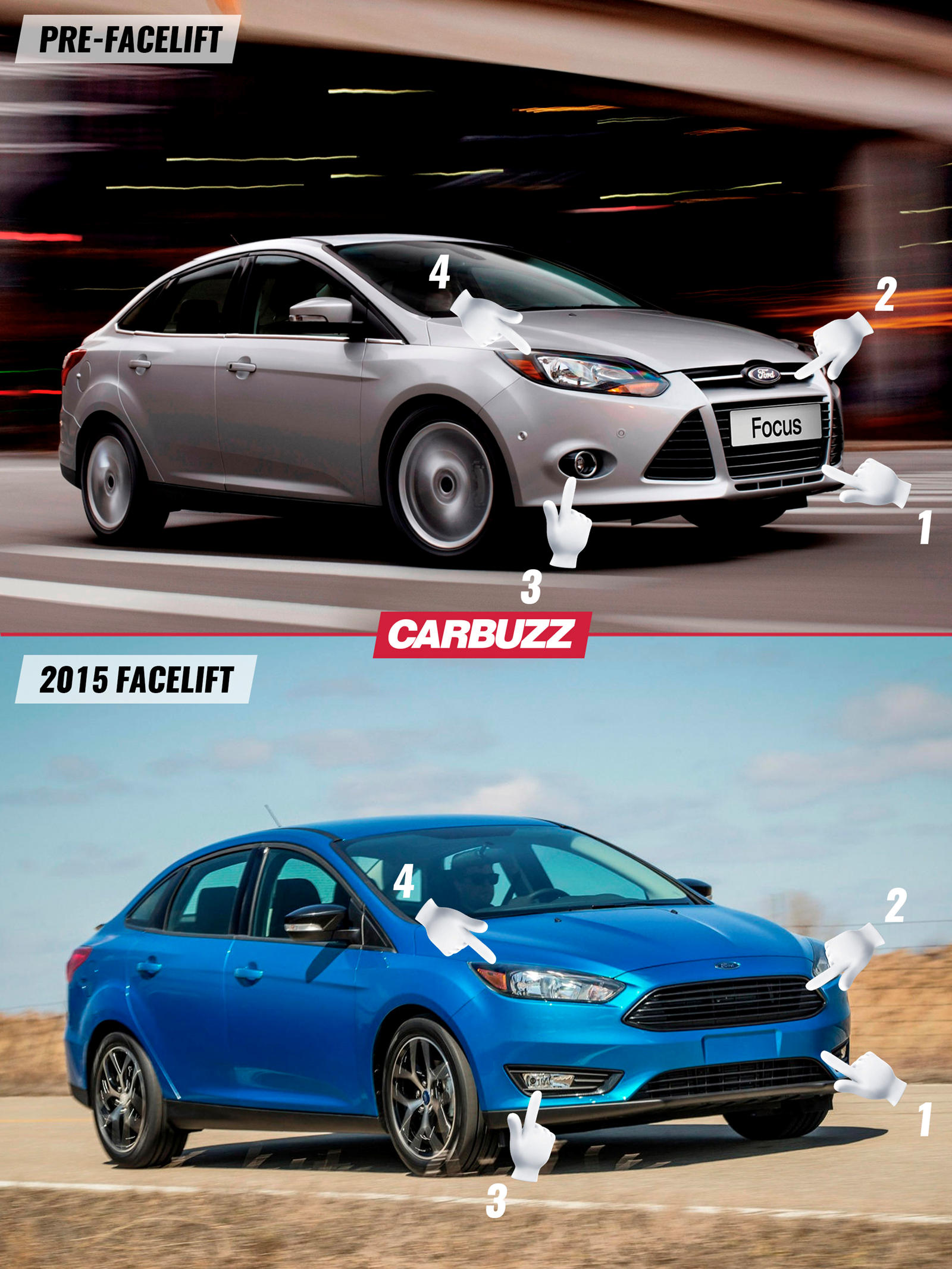 The entire front bumper1 and grille are new2, with the big lower three-slot grille with its triangular outer sections and round foglight alongside disappearing in favor of a far smaller lower air intake, with rectangular foglights set into small outer vents3. The upper grille is now a much larger Aston Martin-like item, with thinner slats and the Ford logo above it - not in it. The restyled headlights are slightly thinner, with a revised lens design, and wrap around the front corners more4. 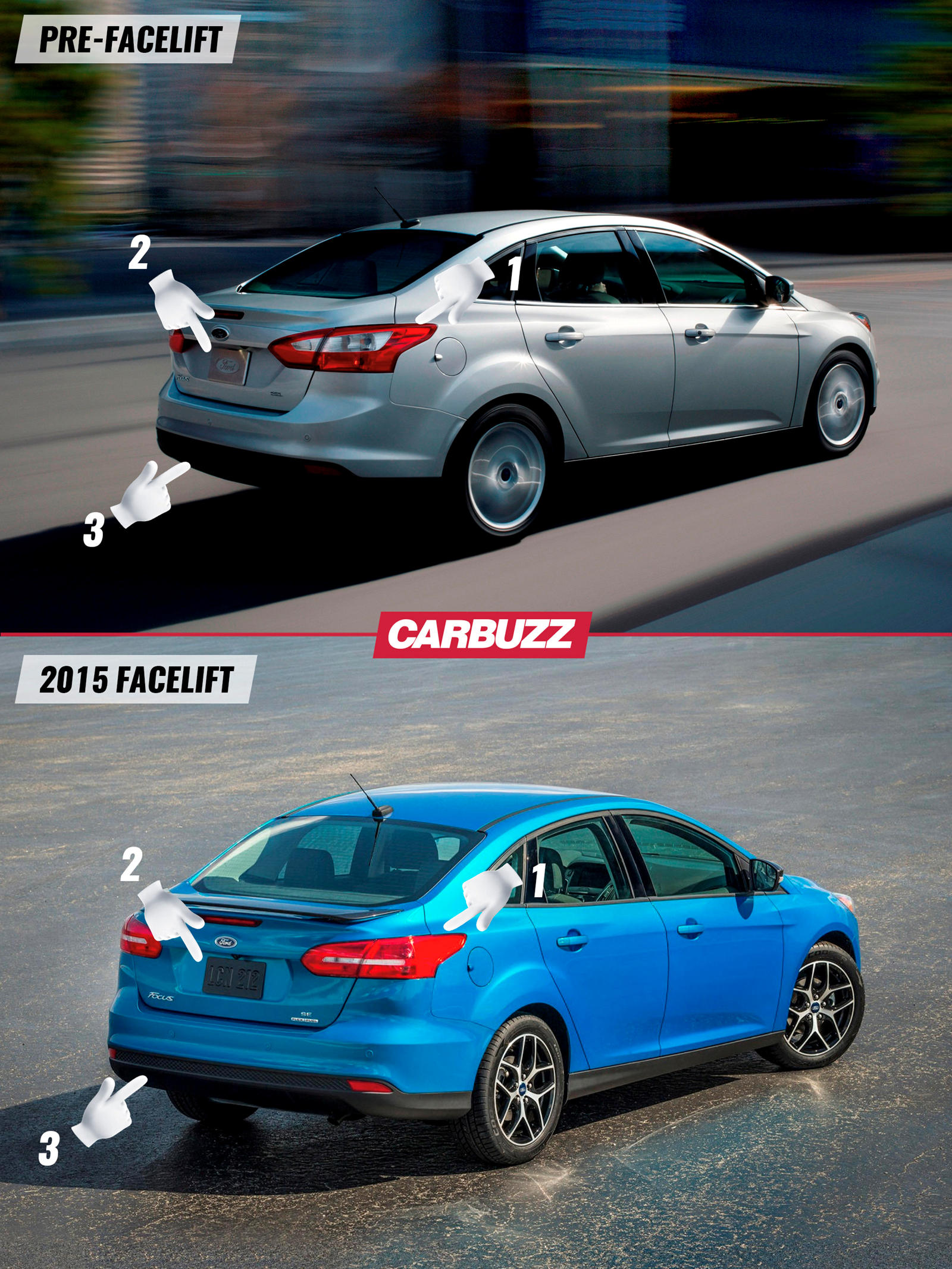 At the rear, the same outline is retained for the taillights, but the clusters themselves are redesigned; they are now mostly red, with the backup and indicator strips far thinner than before1. The lower trunk lid gets a smaller license-plate holder2 and the bumper is redesigned with pronounced horizontal creasing3. 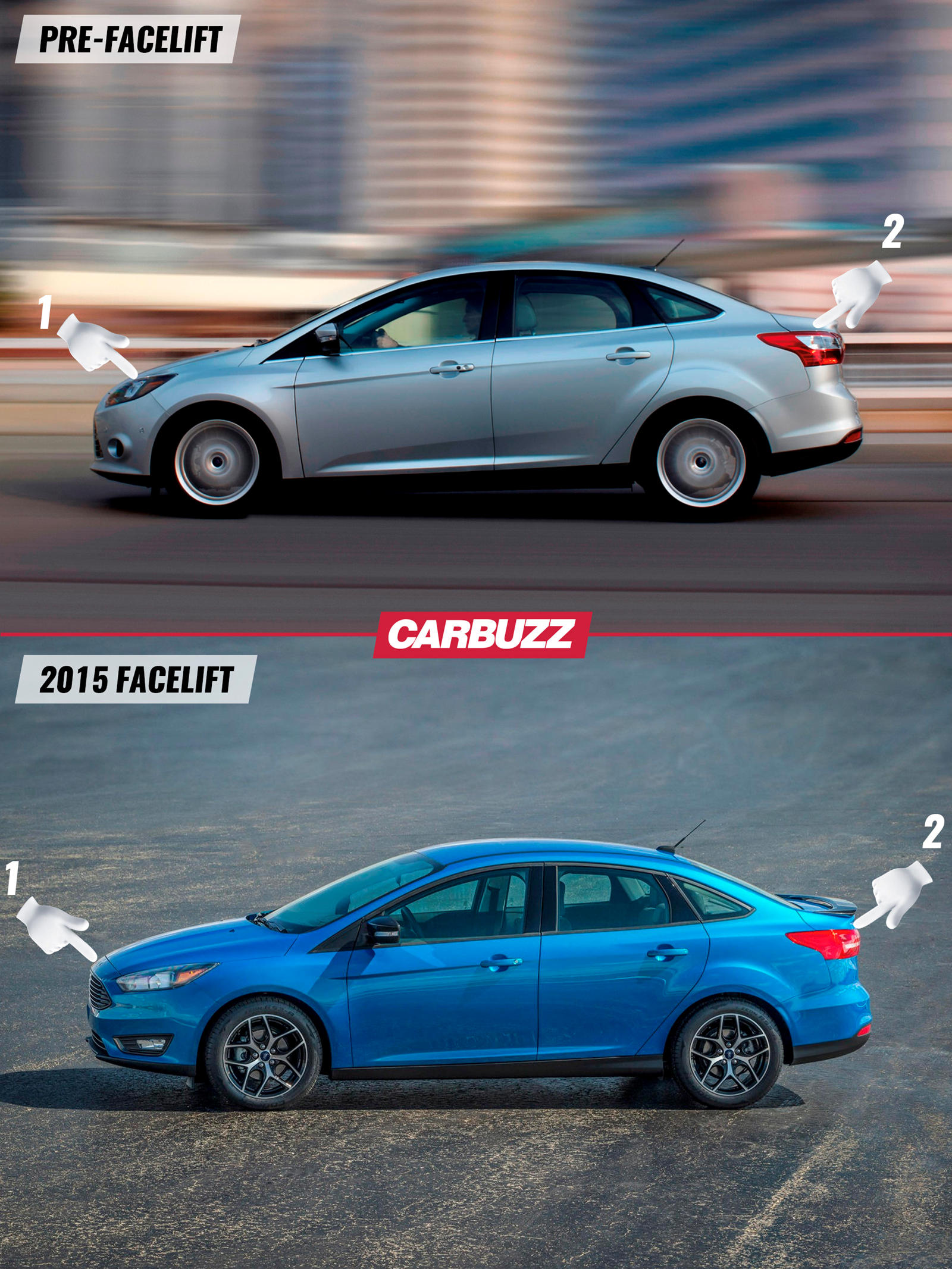 Not much changes in profile, except for new wheel designs, although the changes to the front1 and rear lights2 are clearly visible. 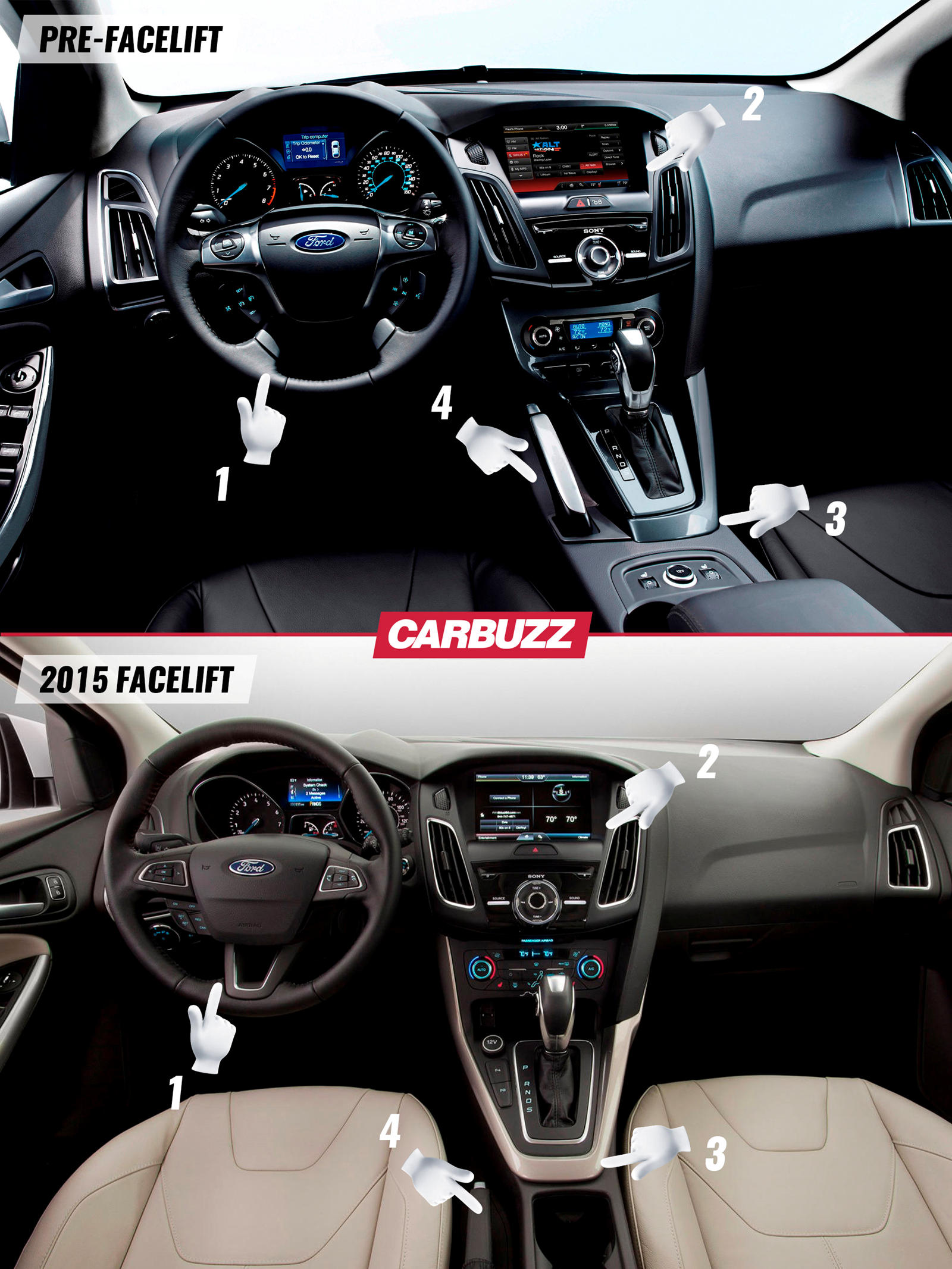 Inside, a new sporty three-spoke steering wheel1 replaces the old four-spoke item and the center stack is revised, the MyFord Touch infotainment setup is improved, and there are modified HVAC controls2. The center console is all-new3, with a revised shifter and the parking brake moved well forward4.

The 2012 3rd-gen Ford Focus sedan hit the market with a single gas engine option - a 2.0-liter naturally aspirated four-cylinder with 160 hp and 146 lb-ft of torque - connected to the front wheels via a five-speed manual transmission in the S and SE and a six-speed dual-clutch PowerShift automatic in the SEL and Titanium. The Titanium gains a five-speed manual option for the 2013-2016 model years. The hatchback is similarly specced. For 2017, all 2.0-liter hatchbacks with manual transmissions are dropped altogether, as well as all 1.0-liter hatchbacks.

The 3rd-gen Ford Focus hatch was the only body style used for the all-electric Focus Electric, powered by a 141-hp (107-kW) electric motor, also motivating the front wheels. Unfortunately, it has a tiny 23-kWh battery, so its 76-mile range keeps it city-bound. The 2017 Electric's larger 33.5-kWh battery improves on this with a 115-mile range.

The inline-three is the thriftiest gas engine in the lineup, but with people and luggage loaded up, you'll find your foot flat on the floor to extract meaningful progress from it - and fuel economy will suffer. The 2.0-liter naturally aspirated engine is a better all-rounder. In real-world use, owners recorded much the same economy with it than the smaller engine can manage, but with quite a bit more power on tap should they need to overtake swiftly or lug a full complement of passengers and luggage up a mountain pass. With a gas-tank size of 12.4 gallons, a Focus can travel between 320 and 420 miles on a tank on the combined cycle, depending on the model.

Standard safety equipment at launch on the 2012 Focus lineup includes ABS brakes with electronic brake-force distribution, stability control, six airbags, and emergency crash notification. Automatic headlights and the Ford MyKey function that restricts certain vehicle parameters such as speed and radio volume for teen drivers is standard from the SE trim. Rear parking sensors, automatic wipers, and an auto-dimming interior rearview mirror were optional on the SEL and Titanium only via the Premium package, so you'll have to check whether these boxes have been ticked. SEL and Titanium could also have been specified with the Parking Technology package, which also adds front parking sensors, an automatic parallel-parking system, and a backup camera. From 2013, the rear parking sensors and backup camera are standard on the Titanium. For the 2015 facelift, the Titanium gains hill-start assist, and the optional Titanium Technology package gains automatic high beams, lane-departure warning, blind-spot warning, and rear cross-traffic alert. The 2017 S finally gets standard automatic headlights.

The 2012 Focus was subjected to the stricter post-2011 NHTSA crash tests and scored a decent four stars for all tests except the side crash, for which it scored the full five stars. The 2013 model's safety is better, with five stars for the overall rating. This was the first year the Focus Electric was tested, and it scored a full five stars in all tests. The gas-powered models gained an extra star for the frontal crash in 2015.

The trim lineup of the 2012 third-generation Ford Focus hatch and sedan comprises S, SE, SEL, and Titanium trims, all fitted with the 160-hp 2.0-liter engine. The base S and the Focus Electric are available in sedan only and the other trims in both sedan and hatchback body styles. The Electric is based on the Titanium trim and is fully equipped. Trims come and go over the years, with the SE trim dropped for 2013.

In terms of annual changes, here are a few of the highlights:

Here is the full trim breakdown: 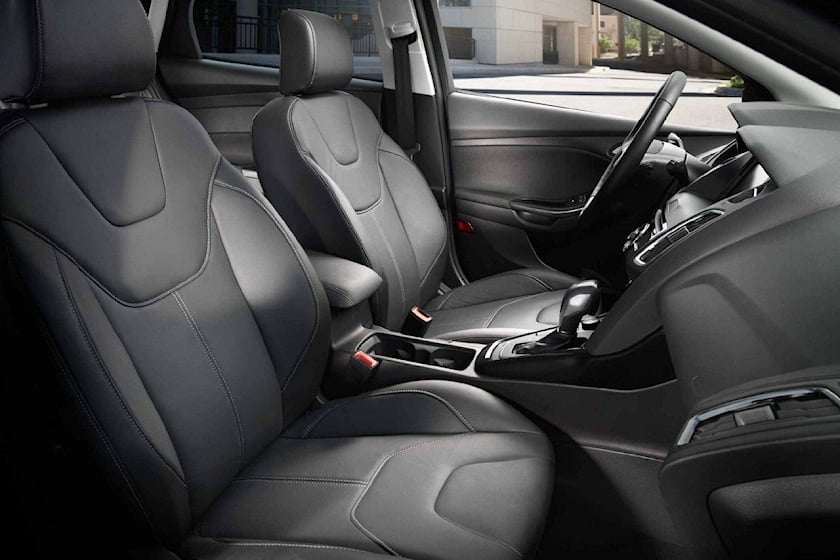 The Ford Focus Mk3's interior is a vast improvement over what came before, and this is true both in terms of design and the materials used. However, the MyFord Touch infotainment system is difficult to fathom, and the Sync 3 system in later models is far superior and easier to use. Cargo space on the sedan is an acceptable 13.2 cubic feet, but the hatchback is far better with 23.3 cubic feet of space and its split/folding rear seat and rear hatch, extending luggage capacity to a generous 43.9 cu.ft.

By 2017, more modern rivals did better; the 10th-gen 2017 Civic boasts a trunk capacity of 15.1 cubes in sedan guise and 25.7 cubes in hatchback format. There is enough space for front-seat occupants, but it's rather confined in the rear, where its legroom of 33.2 inches is comprehensively outgunned by the Civic's figure of 37.4 inches. Due to its rear-mounted battery pack, the Focus Electric hatchback's trunk capacity with all seats in use is cut right down to 14.5 cubes, almost as small as the sedan's trunk. At least its rear seat still folds, liberating 33.2 cubes.

The Focus' minor services happen every 10,000 miles, and these are little more than an oil and filter replacement and a series of checks. At 20,000-mile intervals, the cabin air filter ($32) must be replaced, and every 30,000 miles, the engine's air filter ($24). A typical 60,000-mile service where all these items would require attention costs in the region of $550 at Ford and $385 at an independent shop on the 1.0-liter turbocharged engine and around $620 and $450, respectively, on the 2.0-liter engine. If you use your Focus in severe conditions, such as sub-zero temperatures or in dusty conditions, or if it idles for prolonged periods, reduce the oil-change interval to 5,000 miles and halve the replacement intervals of the filters too. The cooling system should be drained, flushed, and refilled at least every 100,000 miles. The PowerShift automatic transmission does not require frequent oil changes like dual-clutch automatics usually do, because its dry clutches do not sit in the transmission oil and cannot contaminate it.

The timing chain in the 2.0-liter engine should be maintenance-free for a long time as long as the engine receives clean oil frequently. The 1.0-liter three-cylinder uses a wet timing belt that runs in engine oil, and this is said to be good for 120,000 miles or ten years, whichever comes first, depending on the vehicle the engine is fitted to. However, lax maintenance, deferred oil changes, and contaminated oil may all have an effect on the belt and we'd rather not leave it for longer than 100,000 miles, just to be safe. Neither engine has hydraulic valve lifters, so periodic adjustment of the valve clearances will be necessary, typically at around 75,000 miles. For information about the correct wiper blades, tire size, or battery rating, just consult the owner's manual or ask your dealer. The only gas type these high-compression direct-injection engines want is premium.

The basic lube service is likely to set you back around $240 at a Ford dealer or around $130 at an independent workshop on either engine. If you're going to do the oil change yourself, you'd pay around $63 for the 4.9 quarts of 5W-20 synthetic oil with an oil filter on the 1.0-liter engine. Spark plugs last around 100,000 miles. The price is the same for the 2.0-liter naturally aspirated engine, despite it having a lower oil capacity - 4.5 quarts - since you have to buy five quarts anyway. It uses the same oil type as the three-cylinder. A set of spark plugs costs $55 for a set of three on the 1.0-liter engine or $34 on the 2.0-liter four-cylinder, which uses cheaper spark plugs.

The third-generation Focus does not have a stellar reliability rating, and there were quite a number of 2012-2018 Ford Focus sedan and hatch safety recalls:

Some less common problems include power-window motors and regulators failing after 50,000 miles at an average repair cost of around $260. Doors that won't latch properly should have been repaired under recall, but if your car isn't covered, problems may start at around 60,000-72,000 miles, and replacing the latches will likely cost $450-$540 or more. A few water leaks have also been reported. A blocked fuel tank breather can ruin the entire fuel tank, leading to a $2,000 repair. A few AC compressors failed and had to be replaced at a cost of around $700. Quite a few owners complained that their fuel gauges are not accurate.

We wouldn't touch a Focus with a PowerShift automatic transmission. The last two model years seem relatively trouble-free, but the transmission is not smooth or nice to use and if you drive in stop-start traffic a lot, you're more than likely going to overheat the clutches. Sadly, this takes the 3rd-generation Ford Focus off many people's shopping lists. In terms of problems, the first three model years are by far the worst. The S trim with its small rims, plastic hubcaps, and lack of features is also a bit rental car for us and there aren't any nicely specced ones, because this trim did not have access to most options. We'd avoid the 1.0-liter engine too, because it is underpowered and needs to be looked after more carefully.

For us, the choice would be easy - a 2016 Titanium with the manual transmission. It was the last year the Titanium was sold with a manual transmission and it is the freshly upgraded facelifted model. It looks smart, drives well, handles superbly, and has a high specification level and many safety features. What's more, you have none of the transmission issues and the general number of complaints on 2016 models is vastly lower than those of the first three years of production.

It is fair to say that the reputation of the third-generation Focus was completely ruined by a bad automatic transmission that was unpleasant to use and proved very unreliable. This problem detracts from an excellent car that is great to drive. Thankfully, a manual transmission gels better with the fun-to-drive Focus than many rivals, and if you don't mind rowing the gears yourself, there is a lot of value to be had here. If you do mind, the 3rd-gen Focus is off your shopping list. 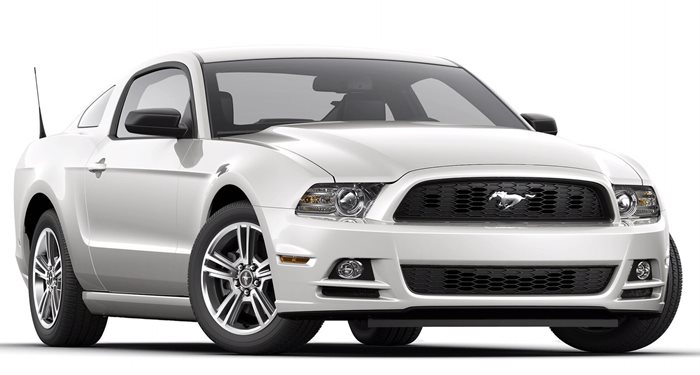 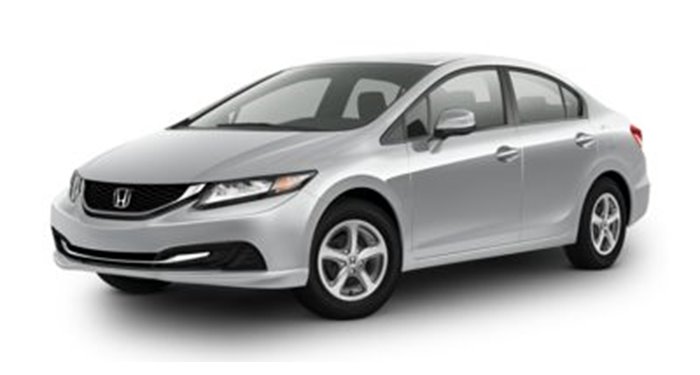 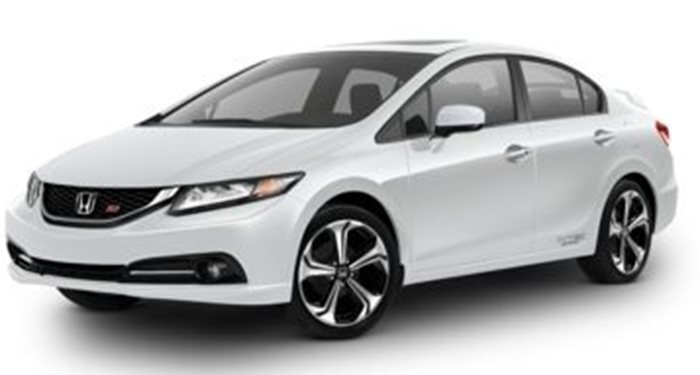 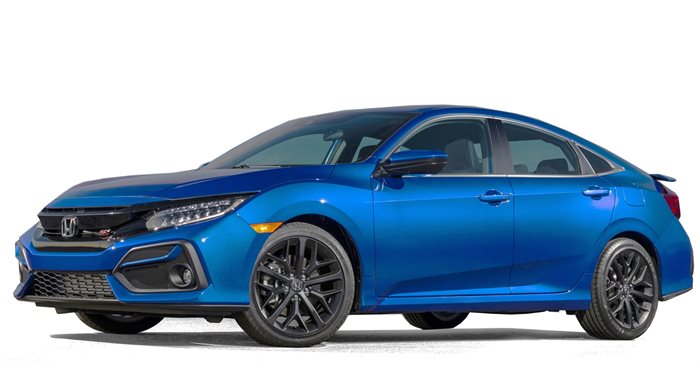 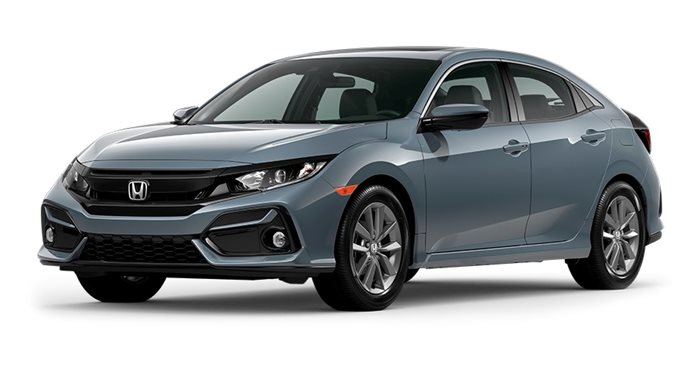 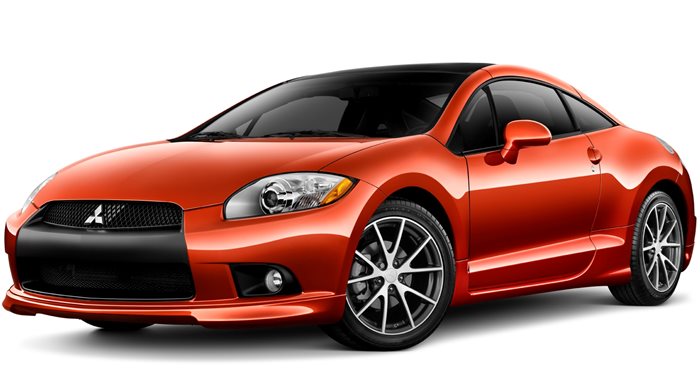 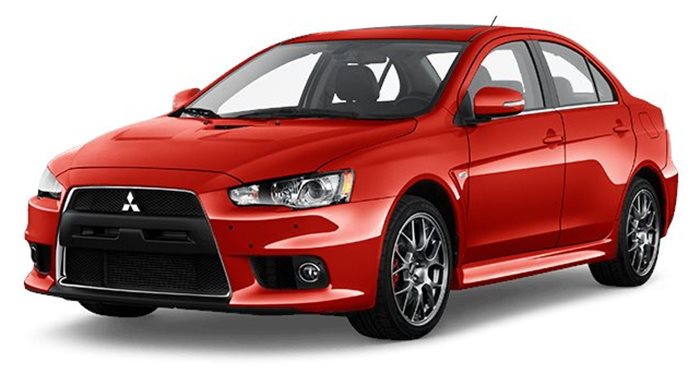 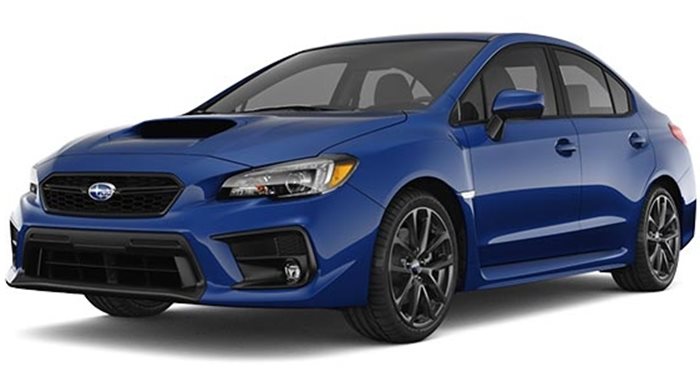 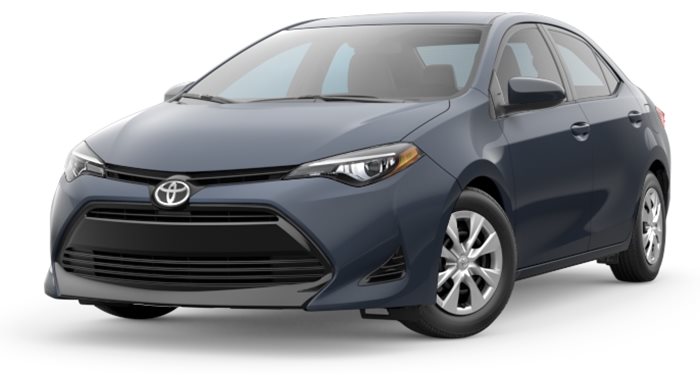 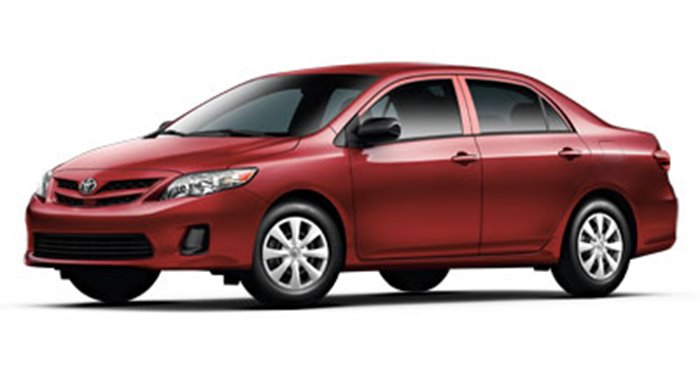