With the arrival of the all-new 2021 Ford Mustang Mach-E, Ford's electrification era has officially begun. Built on an all-new EV-specific platform, the Ford Mustang Mach-E wants to prove that vehicles without internal combustion engines can be lots of fun to drive and affordable. Not only that, but thanks to advances in EV drivetrain technology, the Mach-E provides plenty of driving range on a single charge so that owners won't suffer from range anxiety.

On paper and in photos, the Mach-E seems to deliver the goods, but definitive answers won't arrive until media test drives get underway. Until then, one thing is for certain: Tesla is no longer the only automaker building sexy EVs.

Ford has officially decided to expand the Mustang muscle car into a family of vehicles, beginning with the electric Mustang Mach-E crossover. It is instantly recognizable as a Mustang thanks to its long, powerful hood, rear haunch design, aggressive headlights, and the signature tri-bar taillights. But unlike 4-door Mustangs of past and present, the Mach-E is neither a coupe nor convertible, but rather a four-door crossover SUV. This body style was deliberately chosen for a number of reasons, mainly that it has greater appeal and best suits people's daily driving needs.

Also notice that there is not a single Blue Oval badge anywhere on the Ford Mustang Mach-E's SUV-like exterior. Instead, there's a Mustang emblem up front and another on the rear tailgate. Door handles are also absent, replaced by what appears to be illuminated buttons on the B and C pillars. There's also the typical EV must-have front trunk, or frunk, which provides an additional 4.8 cubic feet of storage space. It's even drainable, thus making it easier to pack it full of ice to keep the drinks cold while at the beach.

Basically, if you're a fan of the Mustang's design, chances are you'll like what's been done with the 2021 Ford Mustang Mach-E electric SUV.

The Mustang Mach-E's interior design is unlike anything else ever from Ford. It's the automaker's first vehicle to utilize the new Sync4 infotainment system, accessible via the huge 15.5-inch floating touchscreen. Other "floating" interior design specs include optional Bang & Olufsen speakers integrated across the front dash, floating above the air vents like a soundbar. There's also the floating flip-up armrest that doubles as a storage unit for small bags or purses. For familiarity's sake, there are traditional Mustang design cues such as the double-cowl instrument panel. There's also vegan leather upholstery.

Those seeking style will enjoy the optional panoramic fixed-glass roof that features a special glass coating with infrared protection to help keep the interior cool in the summer and warm in the winter.

Cars like Ford's new electric offering often suffer from restricted interior space, but, with seating for up to five passengers, Ford has saved space by placing the batteries inside the underbody. The rear trunk offers 23 cubic feet of space and, with the rear seats folded down, this increases to 59.6 cubic feet.

The electric Ford Mustang is offered with either a standard-range 75.7 kWh lithium-ion battery or a 98.8 kWh extended range battery, the latter having a targeted EPA-estimated range of at least 300 miles in rear-wheel-drive configuration. The smaller battery should do 230 miles with RWD and the GT model will go 235 miles. Because a majority of owners will do their charging at home, Ford's electric crossover SUV is offered with a Ford Connected Charging station, which adds up to 32 miles of range per hour on a household 240-volt outlet. This charger can add an estimated average range of 22 miles per charging hour with that same voltage.

Ford is teaming up with Electrify America to provide owners with access to the largest public charging network in the USA. It currently has over 12,500 stations. Plugged into a DC charger with a peak charging rate of 150 kW, the extended-range RWD Mach-E can add 47 miles of range in about 10 minutes. Charging from 10 to 80 percent takes 38 minutes.

Wait! It's Has How Much Power!?

The Ford Mach-E offers both rear-wheel and all-wheel drive variants, both of which come with standard- and extended-range batteries. The AWD Mach-E has about 332 horsepower and 417 lb-ft of torque with a 0-60 mph time in the mid-five-second range. Ford claims both Mach-E GT models have around 459 hp and 612 lb-ft and a 0-60 mph time of less than four seconds. The GT Performance edition is expected to match the Shelby GT500's 0-60 mph of 3.35 seconds.

The electric Mach-E is also the first production vehicle to be tuned by Ford Performance via its racing simulator in North Carolina. Adding to the fun are optional Brembo all-performance Flexira aluminum brake calipers. The GT Performance Edition will be the only Mach-E to include Ford's MagneRide adaptive suspension technology.

A total of five trim levels will be offered: Select, California Route 1, Premium, First Edition, and GT and GT Performance Edition. Official prices have not been released yet, but expect the base Select trim to start at an MSRP of around $48,000. A fully loaded Mach-E GT will cost you around $60,000. Ford is currently accepting $500 refundable reservation deposits, though deliveries are not expected to get underway until late next year. The GT isn't scheduled to hit US roads until spring of 2021. Potential buyers should also be made aware that instead of traditional dealership inventory, the Mach-E will have an order-based delivery system, similar to Tesla.

And speaking of Tesla, the Ford Mustang Mach-E will face off directly against the also upcoming Tesla Model Y crossover. It will be in the same region as the price of the Ford Mach-E - starting just under $50,000. Other rivals will include the Jaguar I-Pace and Audi Q4 e-tron. Although the Ford Mustang Mach-E is a huge leap forward technically speaking, Ford claims it has over 2,100 EV-certified dealerships and more than 3,500 EV-trained technicians nationwide.

We look forward to a comprehensive review of the Mustang Mach-E in the near future. 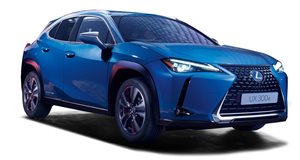 Check out some informative Ford Mustang Mach-E video reviews below. 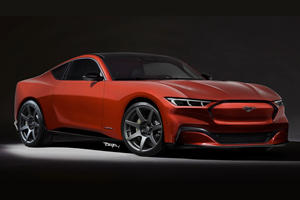 Video
19
Say Hello To The Fully Electric 2022 Ford Mustang
The Mach-E has been transformed into a more traditional two-door coupe. 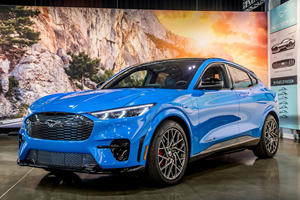 Industry News
53
Another US State Wants To Ban Gas Cars
First it was California, and now... 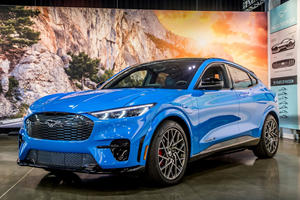 Pricing
3
Buying A Ford Mustang Mach-E Just Became Easier
Still have time left on a lease? You're in luck.

Design
Tesla Will Change Cybertruck's Design After All

Muscle Cars
Dodge Charger And Challenger Not Going Anywhere Yet