The Hummer nameplate is set to make a comeback, but not as we once knew it. General Motors is set to launch what’s to be known as the GMC Hummer EV. That’s right, the all-new Hummer will be an all-electric truck with a claimed 1,000 horsepower and a torque figure of 11,500 lb-ft - yes, that’s not a misprint. With those towering outputs, it’s no surprise that a 0-60 mph sprint time of three seconds has been claimed, which is within the territory of the upcoming Tesla Cybertruck in its most powerful tri-motor guise.

Although GMC hasn’t released much information about the Hummer EV just yet, a teaser video of the new truck’s bold front end revealed a light bar between the LED headlights that is broken up by chrome bars and the distinctive HUMMER lettering. It certainly looks mean enough to challenge the Cybertruck, although it remains to be seen if the final version will look as dramatic as the pre-production model that was previewed.

The Hummer EV will be built at GM’s Detroit-Hamtramck factory in Michigan, with a $2.2 billion investment into the plant recently announced. The emissions-free EV will be the most surprising addition to GMC’s gas-guzzling truck range in some time when it is revealed in all its glory on May 20, 2020. No prices have yet been announced, but production of the truck is expected to begin later in 2021. 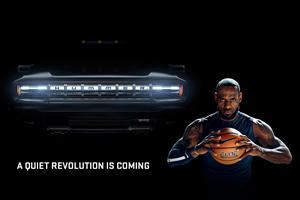 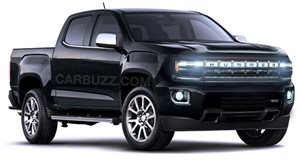