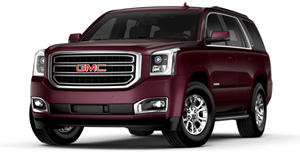 GMC's luxury-car aspirations have always been the defining characteristic that sets its offerings apart from similar vehicles within General Motor's other product ranges. The Yukon is no different, bringing a more premium offering to the large SUV segment, where it competes with parent-company siblings like the Chevy Tahoe and Suburban, and Ford's Expedition. With plenty of choices in the range, there is a Yukon for a variety of tastes, but with compromised third-row seating and a hefty price tag, the GMC bling-mobile is more of a status symbol than an economically-motivated buy. Buyers have a choice of either a 5.3-liter 355-horsepower V8 with 383 lb-ft of torque or a Corvette-derived 6.2-liter V8 with 420 hp and 460 lb-ft is available. The smaller motor is paired with a six-speed auto to moderate success, but the bigger engine with its 10-speed auto is more versatile. Either option sends power to the rear wheels, with all-wheel-drive optional.

Not much has been altered from 2018's offerings, besides the addition of three new paint colors and two new SLT Standard and SLT-specific packages. The Graphite Edition package throws massive 22-inch wheels on the SUV and adds black accents to the exterior styling while also updating the suspension, while the Graphite Performance Edition package specs the model with upgraded transmission, engine, and suspension components from the top-tier Denali trim, also adding a head-up display, navigation, and an eight-inch driver info display. 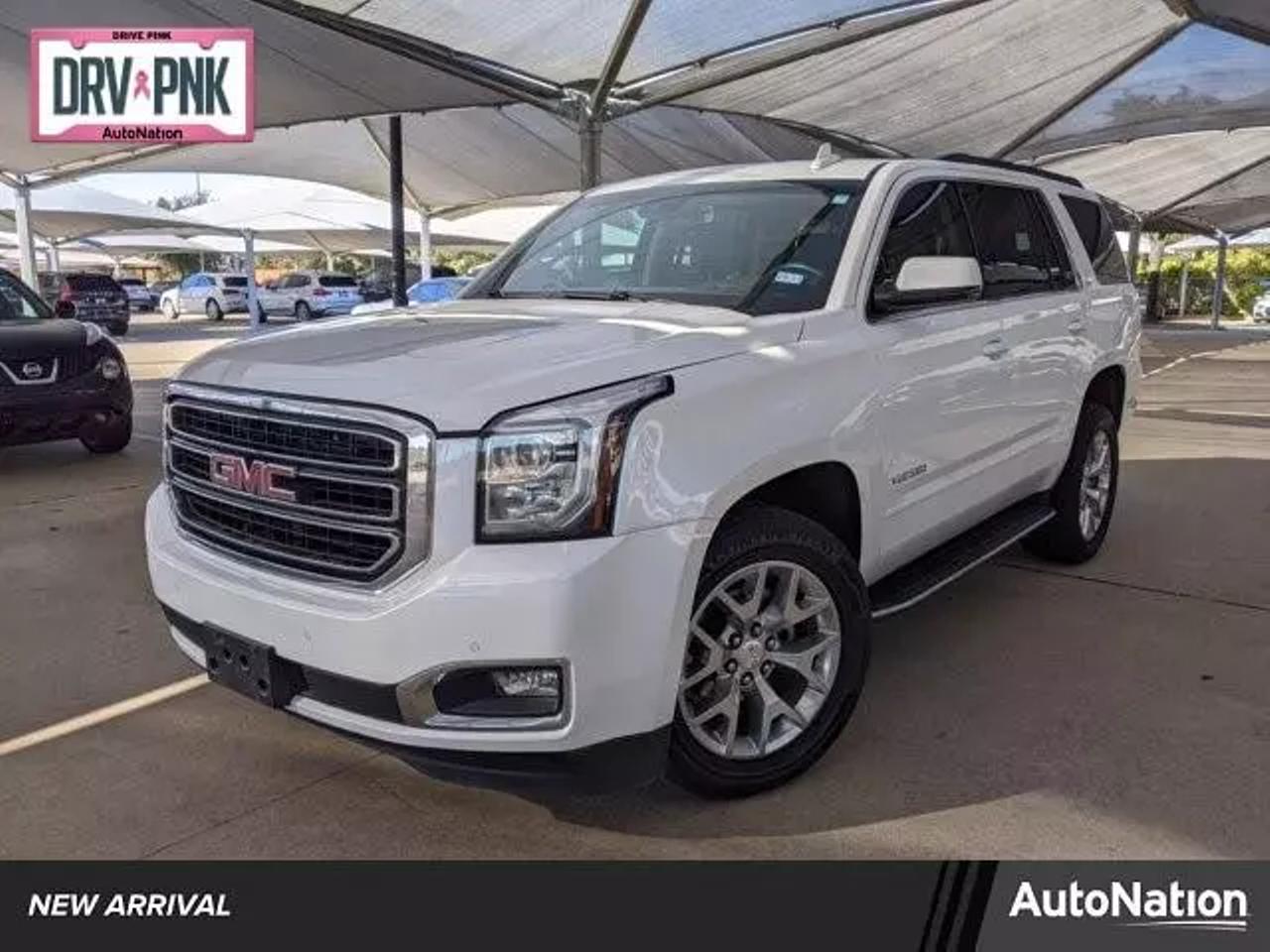 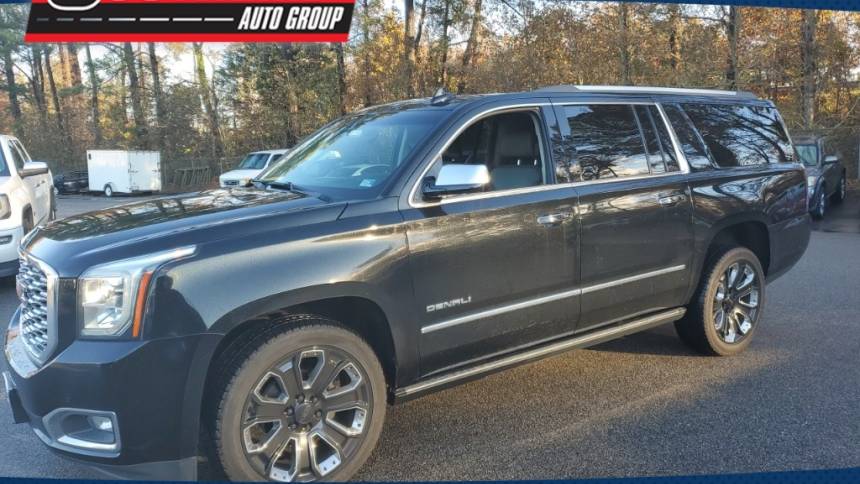 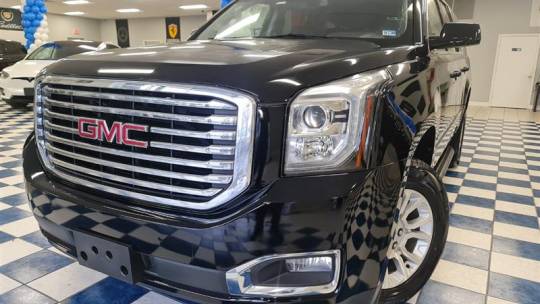 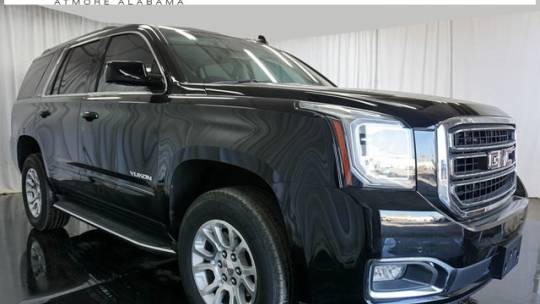 Thanks to its massive curb weight, the Yukon stays relatively well planted around corners and never feels like too much of a bus. Bumps big and small are barely a blip on the bulky SUV's radar, and despite slow steering, the chassis responds relatively well to sudden direction changes, remaining composed at all times. Cruising in a straight line is similarly relaxing, with elevation changes and expansion joints not upsetting the ride in the least. The top trim in the range, the Denali, is fitted with Magnetic Ride Control, an adaptive suspension damping system that can firm the ride for better handling and response. However, rather than improving the overall capabilities of the large SUV, this feature takes away from the single most important thing in a luxury vehicle: comfort. The system stiffens the ride too much and makes bumps a little more crashy, something that should be near impossible in a vehicle this heavy. The standard chassis and suspension combo are better to live with by far. When it comes to braking, things are similarly average, with a neither reassuring nor alarming rate of deceleration. Pedal feel is okay, with a fraction more travel than we'd like, but overall, not bad enough to concern most drivers. An optional and switchable 4x4 to 4x2 all-wheel-drive system is available for more difficult terrain. On the base model, this comes with either a single-speed or a two-speed transfer case, although 6.2-liter V8 models get the two-speed and its low-range gearing as standard. The system is capable, slowly hauling the Yukon up icy roads and muddy trails, but not especially impressive. Unless a necessity, we'd stick with the lighter rear-wheel-drive option.

If you are hell-bent on convincing your neighbors that you have no idea what you're doing when it comes to buying a family car, the GMC Yukon is worth your time. The gas-guzzling barebones luxury wannabe will do wonders for your image as an incompetent brand-loyalist who can't be bothered to spend his or her money on a capable vehicle. If you don't need a huge amount of space, a different class of SUV - or at least the cheaper and almost identical Chevrolet Tahoe that starts below $50,000 - makes far more sense. The interior is laid out the same, and the same engines are available. If you do want to seat more than five people without having the rearmost occupants impersonate sardines in a tin can, the Ford Expedition is a far better option and gets better gas mileage, with figures as good as 17/24/20 mpg. Maximum towing capacity in the Ford is also 9,000 lbs versus the GMCs best, at 8,500 lbs. Ultimately, the abundantly average Yukon has some admirable qualities, but we just can't think of any of them right now. We doubt that we will tomorrow either.

Check out other GMC Yukon Styles 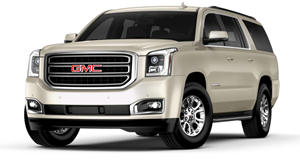 The same vehicle in a different outfit, the Tahoe shares the Yukon's high and low points, but interestingly, despite identical powertrains and basic architecture, the Chevrolet has a better reliability rating than the GMC. In terms of interiors, the Yukon scores a point back for its higher-end materials and richer interior color options, as well as the standard Bose sound system that has three more speakers than the six found in the Tahoe - but this comes at a premium, with the GMC SUV starting at almost $2,000 more than the Chevy. The Chevy can also tow 100 pounds more, at 8,600 lbs, which is more of a bonus than an outright reason to buy the Tahoe. In terms of storage, available safety equipment, gas mileage, power, and cabin space and features, both SUVs are closely matched. The top-spec Tahoe Premier 4WD is just as good as the Yukon Denali, offering the same sound system, adaptive suspension, ventilated front seats, and navigation, but for four grand less, starting at $65,700. The Tahoe's badge just doesn't justify the extra cash.

If a large SUV is what you need, the Ford Expedition is worth considering. A more efficient vehicle, the Expedition scores two mpg more in 3.5-liter turbo V6 base form than the Yukon, which manages 15 mpg in the city and 22 on the freeway - this despite a 20 hp deficit to the base Explorer's 375 hp. In top trim, the Yukon makes 420 hp, 20 more than the Ford, but the Expedition one-ups it in with 20 lb-ft more at 480. Cargo volume is also greater in the Ford, where 20.9 cubes are available behind the third row compared to the GMC's 15.3. Ford's idea of a top-trim interior also looks arguably better, with quilted leather on the door cards and a generally more polished appearance over the Yukon's parts-bin special. Rear-seat occupants in the Expedition also have more space, allowing adults to be accommodated comfortably while the Yukon is confining. In base spec, the Ford also starts over $1,000 cheaper. The Expedition just seems to be thought out and executed far better in every way.

The most popular competitors of 2019 GMC Yukon: 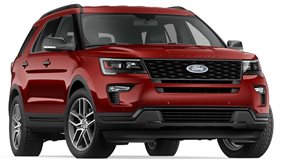 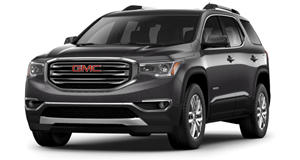 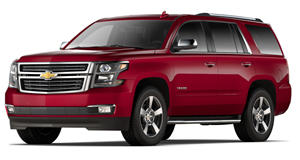 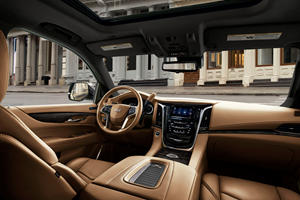 Technology
18
General Motors Watches You Listen To The Radio
Wait, what?