There aren’t many hybrid wagon models on sale in the USA right now, despite the fact that the classification was once the most popular in the country. In fact, there are few true plug-in hybrid wagons, save for the Porsche Panamera E-Hybrid Sport Turismo and Volvo V60 Recharge, and only a few others relying on MHEV systems for slightly improved performance. The segment does still hold some appeal to diehard fans and those who want practicality, freedom, and a little bit of fun.

What does it take to earn a spot on our list of the best hybrid wagons?

These characteristics are used to define the best hybrid wagon models:

What To Consider When Buying Hybrid Station Wagons

While many people have given up on the station wagon body style in favor of the SUV or crossover, it still offers a certain appeal. A hybrid station wagon, in particular, offers better fuel economy, which is especially helpful on such a heavy vehicle. However, these cars don’t come cheap, especially when you look at the automakers who are willing to make them. Here are some of the qualities that you can expect from one of these wagons:

There aren’t many hybrid station wagons, with the Porsche Panamera E-Hybrid Sport Turismo and Volvo V60 Recharge comprising the entire classification at present. However, there are a few mild-hybrid wagons available, such as the Audi A6 Allroad and RS6, and the Mercedes-Benz E-Class All-terrain.

Are there any fully electric station wagons?

The only all-electric wagon currently on the market is the Porsche Taycan Cross Turismo, though we should be seeing a few more in coming years, such as the Lagonda All-terrain and VW ID.Space Vizzion.

What is the most powerful station wagon?

Hybridization is often used to boost a car’s performance outputs, but you can do a lot more by going directly electric. This is what makes the Porsche Taycan Cross Turismo so potent and in Turbo S guise, it is actually one of the quickest cars on the road, able to sprint to 60 mph in just 2.7 seconds.

What is the difference between an SUV and a station wagon?

What it really comes down to is their foundations. True SUVs are traditionally built on a pickup truck platform, while station wagons use a standard sedan platform. This weakness, as seen by some, in the former has been solved by the crossover SUV, which is more car-like.

Are station wagons making a comeback?

Much like fashion, car bodies go in and out of style through the ages. The station wagon dominated the roads of the US in the 1970s and 80s, but was displaced by the more spacious minivan. The SUV and crossover then replaced the minivan as the style de-jour, with the bold curb presence and high-riding appeal. However, there is reason to believe that the endless cycle of fashion may see a return to the spotlight for the station wagon, especially as electric technology helps overcome the poor fuel economy of these heavy vehicles.

Here is our list of the best hybrid station wagon models on sale right now: 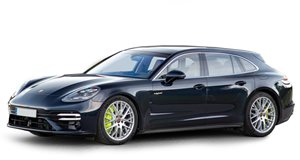 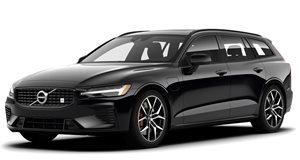