When Hyundai first entered the US market on the 20th of February 1986, it brought with it the monumentally forgettable Excel, which wasn't even as cool as the Microsoft program of the same name. Fast forward 34 years and Hyundai are at the cutting edge of eco-friendly motoring, and sell the only hydrogen-powered SUV in the USA, namely the Hyundai Nexo. That's an impressive leap forward by most standards. First introduced in 2019, the Hyundai Nexo offers us a peek into the near future, where most cars won't produce any toxic emissions, only friendly smiles, and H20. We appreciate the mountains of standard features, competent power delivery, excellent gas mileage, and class-leading levels of safety; we just wish we could get one outside of California.

The Nexo SUV was an all-new model for 2019, so the new decade brings with it minimal changes to the world's first dedicated hydrogen-powered SUV. The base model, named Nexo Blue, now includes a rear cargo cover and rear privacy glass, and the top-spec Limited model sees the addition of rain-sensing window wipers. 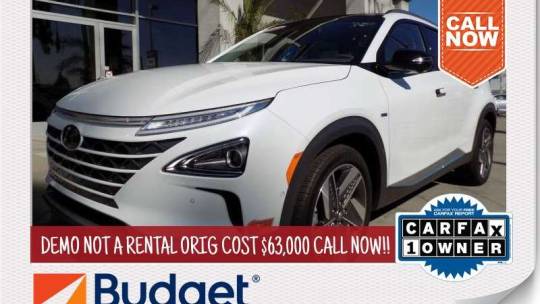 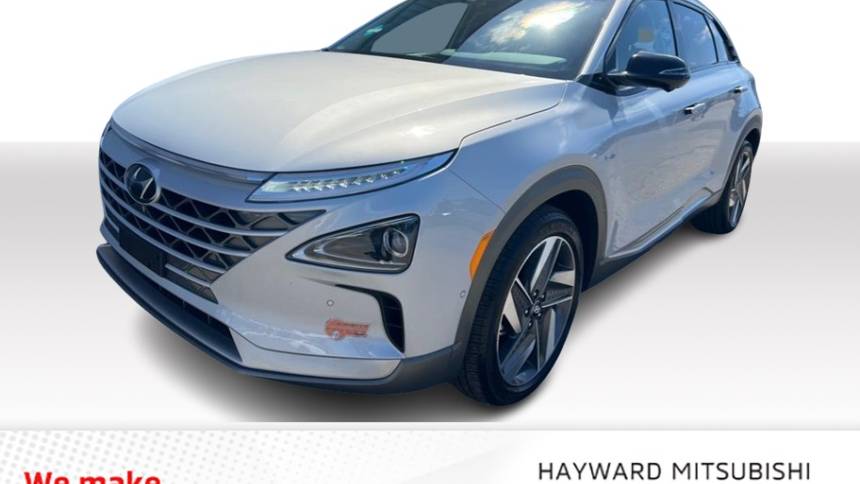 This Hydrogen fuel cell-powered SUV won't blow you away with its handling prowess, and will most likely never find its way onto a race track, so Hyundai has focused on what is most important to their target market: comfort. The suspension setup feels in line with the rest of Hyundai's SUV lineup; there is minimal body roll but the ride is not overly stiff, impressive stuff for an SUV of this size. Push the Nexo too hard and it will slowly start to understeer in the same fashion as other FWD SUVs. Steering is light, as you'd expect from a city-slicking SUV, but it feels steady enough and communicates well at highway speeds. So the Nexo is easy to drive and is entirely predictable at the limit, but make no mistake, this tech-savvy SUV is no thrill to drive at any speed.

The Nexo is a first for Hyundai as a brand, and the first mass-produced fuel cell SUV for the American market. Cars like the Nexo are scarce in the USA, so there was a lot riding on it when it was first introduced last year. Fast forward to 2020, and the Nexo only sees the addition of a few minor updates, but the recipe stays the same; you get a comfortable and super practical SUV that does everything its competitors can do but does it while spewing water out its backside. Some might shy away from the Nexo due to its high asking price and the fact that it's only available in California, so if you're stationed elsewhere, you might want to jog on. The exterior of the Nexo doesn't blow us away, but it features tech such as an auto liftgate and high beam assist. Things get better once you step inside the cabin; the Nexo moves away from the traditional Hyundai interior design language and looks great with its two-spoke steering wheel and sci-fi center console. Out on the road, it's not the most fun to drive, but you won't care much when you're getting 65/58/61 MPGe city/highway/combined. With an impressive safety record and thorough warranty, the Nexo might be a bit pricey, but it gives us a good glimpse into the near future.

We like the Hyundai Kona very much; it's a fun looking subcompact crossover SUV with a lot going for it, and at almost half the price of the Nexo, it will appeal to everyone outside of the state of California. The Kona is powered by a naturally-aspirated gasoline-type 2.0-liter four-pot in base configuration which produces 147 hp and 132 lb-ft of torque, returning 27/33/30 mpg city/highway/combined. Our engine of choice, however, would be the 1.6-liter turbo-four, which offers 175 hp and 195 lb-ft of torque and a base model equalling 30 mpg combined. You'll notice that the Kona lacks any sort of EV or hybrid technology. It is also a much smaller car, measuring only 164 inches in length compared to the Nexo's 183.9 inches, and that translates to the interior, where the Kona is outclassed in terms of passenger space and cargo capacity. On the road, the Kona is a more enjoyable car to chuck around, but at half the price, you also get fewer standard features. The Kona is just as safe as the Nexo, and also comes with an impressive warranty. If you're looking for something more affordable, or you live outside the state of California, get the Kona.

The Tucson is arguably the best looking SUV for sale from the Hyundai range, or to be precise, compact crossover SUV. It's smaller than the Nexo by quite a few inches in all directions but will seat the same five adults. Unfortunately, the Tucson isn't available with any modern turbo-petrol or hybrid powertrain options; instead, you get a naturally aspirated 2.0 or 2.4-liter four-cylinder with outputs ranging between 161 hp and 181 hp. Fuel economy likewise ranges from a best of 23/28/25 mpg city/highway/combined for the SE FWD, to a worst of 21/26/23 mpg for the Ultimate AWD. The interior design of the 2020 Hyundai Tucson is more in line with the rest of the Hyundai range, which is to say a clean and functional space that doesn't dazzle but gets the job done in subtle class. Interior and trunk space is down on the Nexo, but not by much. The Tucson also, however, offers a max towing capacity of 2,000 pounds. Out on the road, the Tucson drives beautifully, soaking up bumps at low and high speeds, but its naturally-aspirated engines can't keep up with modern turbo cars. The Tucson is a good deal cheaper than the Nexo with a starting price of only $23,550. If you're looking for a capable city SUV that won't break the bank, get the Tucson.

The most popular competitors of 2020 Hyundai Nexo: 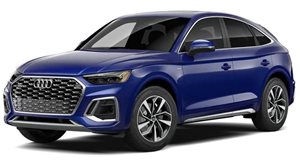 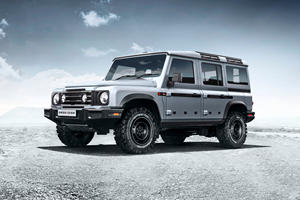 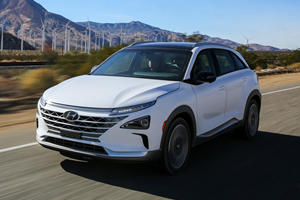 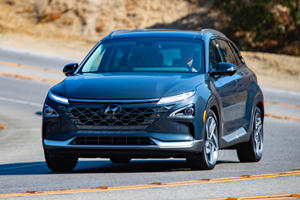