Once in a while, an automaker will come to the conclusion that a truck doesn't have to be a heavy-duty work-biased machine and do something completely different. That's exactly the case for the Hyundai Santa Cruz, the all-new entrant and founder of a new small truck segment in the USA. Spiritual ancestors of the all-new Hyundai Santa Cruz include the El Camino and Subaru Brat, but, the Santa Cruz is different from those in one key area. At its core, it's a crossover with a truck bed, but, unlike the Honda Ridgeline, it doesn't try to compete with body-on-frame trucks, and will instead face tough competition from the new Ford Maverick. Designed in California and built in America, the 2022 Hyundai Santa Cruz is a comfortable five-seater crossover with a truck bed for those with an active lifestyle who partake in adventures and hobbies where you don't want to put wet or dirty stuff in the back of a crossover like camping, hiking, surfing, scuba diving, mountain biking, canoeing, spelunking, or anything else you can think of involving wet, dusty, or muddy gear.

Sharing bones and a modicum of style with the all-new Tucson, the Santa Cruz is powered by either a naturally aspirated or turbocharged 2.5-liter four-cylinder engine generating up to 281 horsepower and 311 lb-ft in the latter. Suspension tuned for light off-road work and available all-wheel-drive are also weapons in the Santa Cruz's arsenal.

To show us what the Santa Cruz is capable of, we drove up to Northern California to explore the coast and redwoods in, predictably, Santa Cruz.

The Santa Cruz is an all-new model, unlike anything we've seen from Hyundai before. It's essentially a downsized pickup truck without a ladder-frame chassis. Some of you will stop reading at this point because a truck absolutely has to have a ladder frame, right? No, sorry. According to the dictionary, a pickup only needs an open part on the back in which goods can be carried. The Hyundai can do that, so it's a pickup.

This is a new take on the pickup truck, but Hyundai is not the first. Honda can rightfully claim to be the first manufacturer to build a pickup truck without adding unnecessary mechanical bits that you don't need on the school run. Hyundai just takes it a step further and in the right direction. The pickup truck segment needs some disruption, in our opinion, and since Elon seems to be struggling with the CyberTruck, the Santa Cruz is the next big thing. 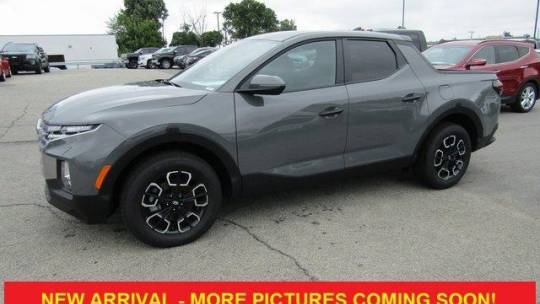 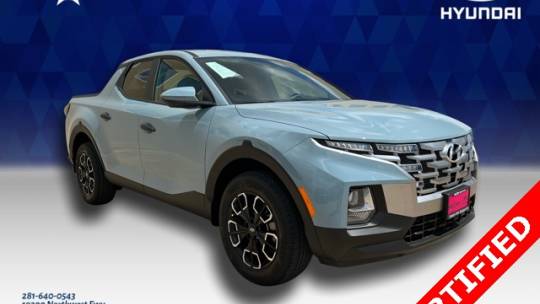 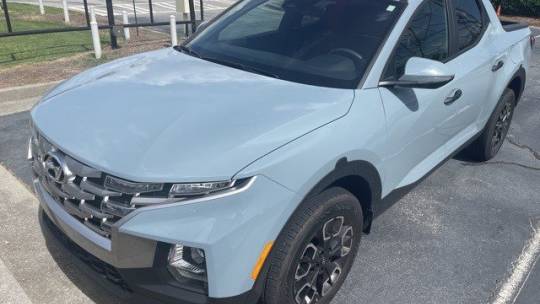 Essentially, the Santa Cruz is built upon a modified "upscaled" version of the Tucson chassis and drives much like the slightly smaller SUV. Its road manners are agreeable, and its handling is surprisingly sharp for something with a truck bed. Despite the suspension being firm enough to keep it flat under duress in corners, the ride is smooth and crossover comfortable. It doesn't take long driving the Santa Cruz to realize it really is a crossover with a truck bed, and the truck bed has no noticeable negative effect on the driving dynamics or comfort. The unibody construction and beefed-up crossover suspension pay dividends when it comes to connecting with the car. The steering feels great and so does the suspension, and there's none of the rubbery vagueness you'd experience in a ladder-frame truck.

Freeway driving is a breeze, whether you judge the Santa Cruz as a crossover or a truck. For slippery conditions, all-wheel-drive is a must for the demographic Hyundai is seeking with its new truck. We got the chance to experience the HTRAC system in off-road mode and its ability to make sure there's adequate traction when the going gets challenging. That translates into both city traffic and long winding roads or bumping off the road onto dirt and gravel. Sport mode adds a sharper throttle response, and that's all that was noticeable and all we would demand from a lifestyle truck. Importantly.

Hyundai has made it clear that the Santa Cruz is squarely aimed at SUV and crossover owners looking for "a more versatile solution with an open bed." In those terms, it's absolutely mission accomplished, and we find it unlikely that someone switching from any of the mainstream crossovers isn't going to feel they've compromised on ride quality and performance. As far as the execution of creating a lifestyle truck that works equally well as a daily commuter and family vehicle, it's damn near perfect straight out of the gate. There's also no real alternative to what the Santa Cruz aims to be on the market. It's something new, but because it's built on the bones of the Tucson and Hyundai now has a habit of delivering new vehicles requiring few, if any, recalls, so we wouldn't hesitate to grab one in the first year of availability.

The Honda Ridgeline was the first pickup truck to ask the question, "do you really need a ladder frame chassis and an old-school part-time 4WD system?" And the USA answered with a resounding, "no."

That should be the end of the discussion, but Honda made two mistakes and missed creating a new exciting segment. First, it made the Ridgeline the same size as midsize trucks like the Ranger and Colorado, and then it put a 3.5-liter lump of an engine underneath the hood. It was lighter than a ladder frame truck but still weighed 4,500 lbs. And the size still made it difficult to live with one in the city. That's the case here, where the Santa Cruz is easier to live with in suburbia, but that doesn't mean the Ridgeline loses out entirely. With that larger engine and a larger bed, it's more practical when you need to move large things, but with a towing capacity of only 5,000 lbs, the Santa Cruz in AWD guise matches it. The Ridgeline is more spacious inside and still drives well because of its SUV underpinnings, but it's thirstier than the Santa Cruz and not as quick. It's better off-road, though. The big issue for us is its price. The Ridgeline is circa $10,000 more expensive, and its biggest advantage is more space. The Santa Cruz is superbly equipped for the money, and considering the Ridgeline's poor towing capacity, we'd recommend the Santa Cruz as the better vehicle.

We haven't driven the Maverick yet, but it's going to make life extremely difficult for the Santa Cruz on paper. Ford's pricing structure is more appealing, and the two engine offerings appear to offer a broader range of talents. The Ford's base engine is a 2.5-liter four-pot hybrid delivering 191 hp and 155 lb-ft. This is within the same ballpark as the 191 hp/181 lb-ft Santa Cruz, but with possible 40 mpg combined-cycle gas mileage. The turbocharged Ford provides 250 hp and 277 lb-ft and can tow 4,000 lbs. That's 1,000 lbs less than the Santa Cruz.

Hyundai will have to work extremely hard to convince people that the Santa Cruz is worth all that extra money, but it does come with a host of extra safety and convenience features, drives superbly, and has more interior space despite being a smaller vehicle on the outside. Hyundai has made a smart move in being first to the market, but a definitive answer to which is better in this comparison will have to wait until the Maverick officially arrives.

The most popular competitors of 2022 Hyundai Santa Cruz:

Check out some informative Hyundai Santa Cruz video reviews below. 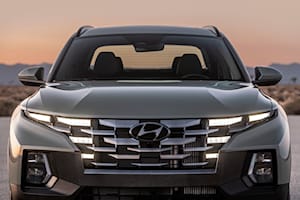 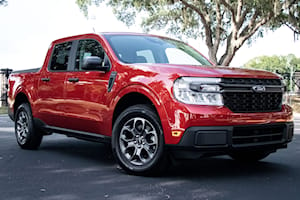 Industry News
0
2022 Ford Maverick Orders Being Bumped To 2023
Buyers are going to have to be patient but waiting will come with some benefits. 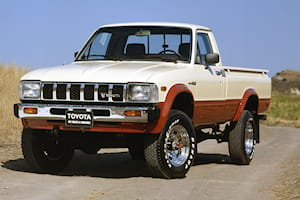 Trucks
10
A New Small Toyota Truck Could Bring The Fight To The Maverick
Ford and Hyundai's success in the segment hasn't gone unnoticed.