The current generation of the Jeep Grand Cherokee has been around for some time, yet the midsize SUV somehow doesn't feel quite as old as it is. In SRT form, that's probably because it's difficult to tire of large-capacity V8 power, with the 6.4-liter churning out 475 horsepower to send this five-seater family off-roader to 60 mph in just 4.3 seconds. It's burly, addictive V8 power that can tackle more of the rough stuff than many competitors including the BMW X5 M50i and Mercedes-AMG GLE53. A feature-packed infotainment system and a generous standard specification are also highlights, but the Grand Cherokee isn't as spacious as the best offerings in the class and the V8 is frighteningly thirsty. Floor the throttle, though, and these flaws are quickly forgotten.

Jeep has made only minimal changes to the Grand Cherokee for 2020, and many of them don't affect the performance-oriented SRT at all. 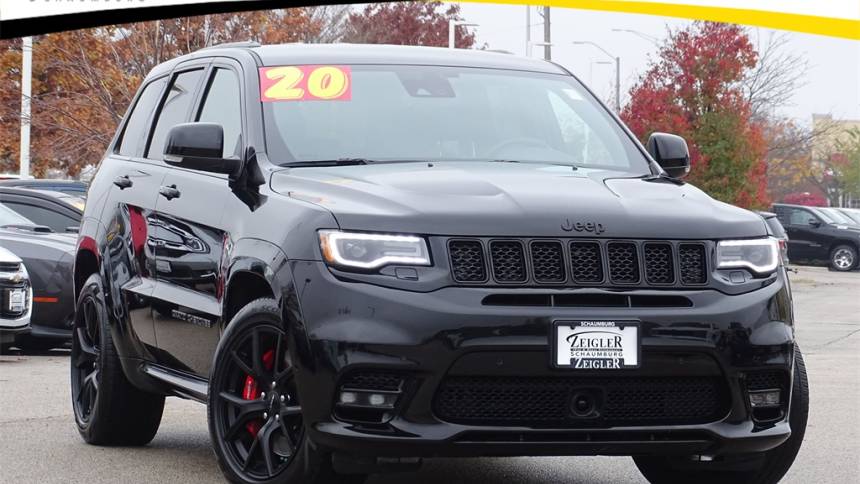 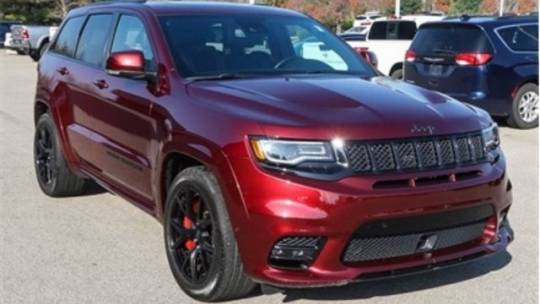 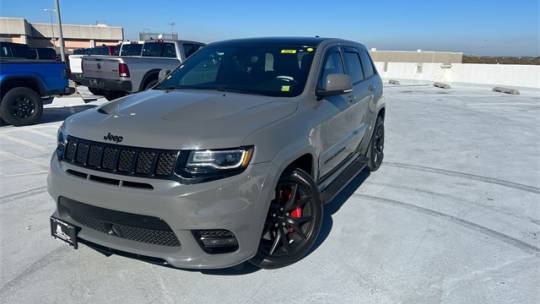 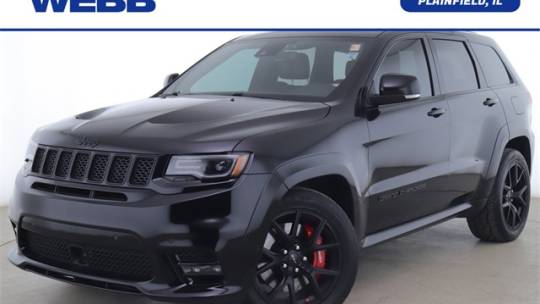 The Grand Cherokee SRT gets a Blistein adaptive damping suspension as standard. It also has five pre-configured driving modes: Auto, Sport, Track, Snow, and Tow. With bigger wheels and the sport-tuned suspension, the performance SUV doesn't drive as smoothly as lower-powered Grand Cherokee models, but it's certainly a better handler. The steering is fairly heavy but reasonably communicative, and the Jeep holds on gamely through corners. Switching to Sport mode reduces shift times by as much as 50 percent when compared to Auto. It's not as athletic as a Porsche Cayenne or BMW X5, but both those SUVs cost far more than the Grand Cherokee.

The ride over brittle surfaces can be rather harsh, especially in Track mode (initiating a 30/70 torque split), but on smooth highways, the Grand Cherokee can transport a family of five to their destination in good comfort. You wouldn't want to risk scratching those giant wheels by taking the SRT off-road, and this more powerful version lacks the Selec-Terrain traction management system fitted to other Grand Cherokees. But it'll still clear obstacles that would befuddle many other midsize SUVs.

Verdict: 🏁Is the 2020 Jeep Grand Cherokee SRT a good SUV?

It's impossible to judge the Grand Cherokee SRT (and the even more ballistic Trackhawk) by normal SUV standards, as both are completely dominated by their V8 engines that allow for endlessly addictive traffic light blasts. At the price, you won't find another SUV that provides such insane straight-line performance, and to the accompaniment of a burly V8 soundtrack. The slightly old-school styling also works well with the SRT's sporty add-ons, and we love the feature-rich and user-friendly infotainment system. Sure, there are SUVs that can haul more cargo, have more passenger space, and which have superior safety ratings, but none of these things are likely to be top of mind when you're behind the wheel. If you want equal performance and even more luxury, the Mercedes-AMG GLE 63 and BMW X5 M will be happy to provide it in bucketloads, but they're over $30,000 more expensive. As pointless and environmentally offensive as it is, we love the Grand Cherokee SRT.

As is so often the case, the German combatant to the Grand Cherokee SRT is a lot more expensive. The X5 M starts at $105,100 and has 600 horsepower from its 4.4-liter V8, enough for 0-60 mph in 3.8 seconds, eclipsing the SRT. The X5 is a much newer vehicle, though, so the cabin feels significantly more expensive than the Jeep's. The X5 is also not just fast, but goes around corners with more conviction than the Grand Cherokee. Plus, the BMW is well-equipped with features like four-zone climate control, a power panoramic moonroof, and 18-way power-adjustable front seats. Does that make it over $35,000 more valuable than the SRT, though? It's up to you to decide. As with the Range Rover Sport, the X5 M has brand cachet and status in its favor and, being newer, is the better overall SUV. But the Jeep is no less entertaining and will save you a decent sum of cash.

The most popular competitors of 2020 Jeep Grand Cherokee SRT: 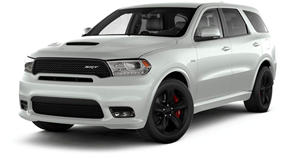 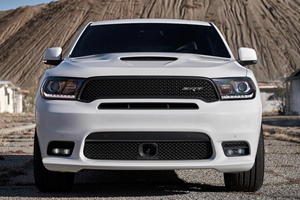 Dodge Durango SRT
2
Dodge Set To Reveal 707-HP Hellcat SUV At New York
There's only one SUV that could be. 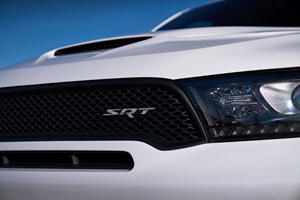 Teaser
11
Dodge Has Another 707-HP Revelation Coming
What else could the Hellcat V8 be used for? 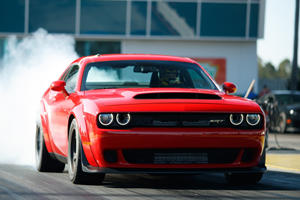