Trust Christian von Koenigsegg to do something insane, like hosting a press conference in the halls of the now-canceled Geneva International Motor Show. But when Koenigsegg does something outrageous, they go big; or in the case of the new Koenigsegg Gemera, they go 'mega'. While Koenigsegg has previously only developed two-seater hypercars, the Gemera is the first of a new breed, the first Koenigsegg built to be enjoyed by four occupants. It's not a hypercar, it's a 'Mega GT' car, and it's changing the high-performance game before it's even a week old.

Not only will the Gemera seat four (the name is derived from the Swedish term 'to offer more'), but it'll do so while providing stellar performance to the tune of 1,727 horsepower and an incredible 2,581 lb-ft of torque. Making use of a mid-mounted three-cylinder engine and three batteries, Koenigsegg claims the Gemera will sprint from 0-62 mph in 1.9 seconds and reach speeds in excess of 240 mph.

It's a brave new world for the Swedish hypercar maker, once again innovating where others stick to the tried and trusted. 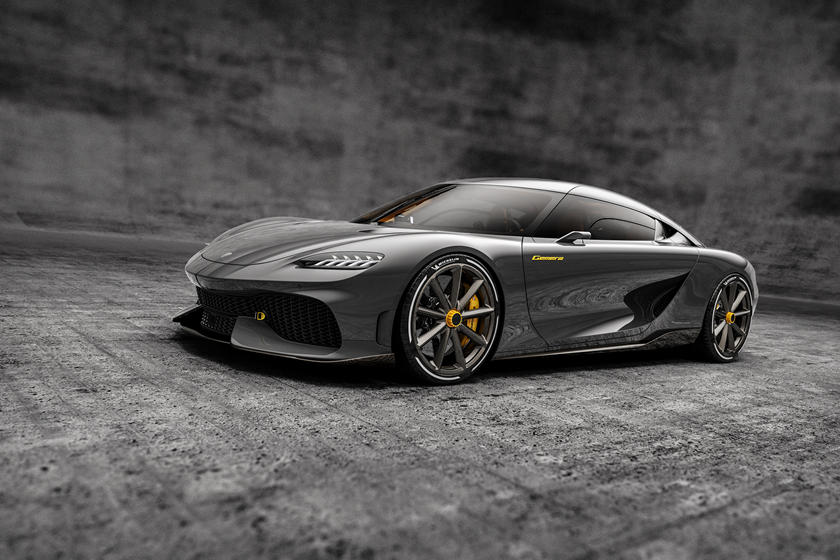 Koenigsegg Innovation In Every Design Detail

While many manufacturers recruit the talents of famous design houses to pen the designs of their vehicles - resulting in a cookie-cutter approach to hypercar design - Koenigsegg ensures that every vehicle they design has a unique signature that makes the car immediately identifiable. We're not talking about the Ghost Squadron insignia on cars built at the brand's Angelholm development center and factory, but a design language that dates back to the very first prototypes Christian von Koenigsegg himself built.

To that end, the Gemera features a broad front fascia with gaping intake ducts and slim LED headlights. The side profile is dominated by large carbon fiber wheels and side ducts that channel large amounts of air through to the mid-mounted engine as well as various cooling mechanisms needed to keep a 1,700+ hp hybrid at perfect operating temperatures. At the rear, an integrated spoiler and pronounced diffuser aid the slippery aerodynamics needed to travel at 248 mph, while a pair of Akrapovic top-exit exhausts deliver a unique sound. 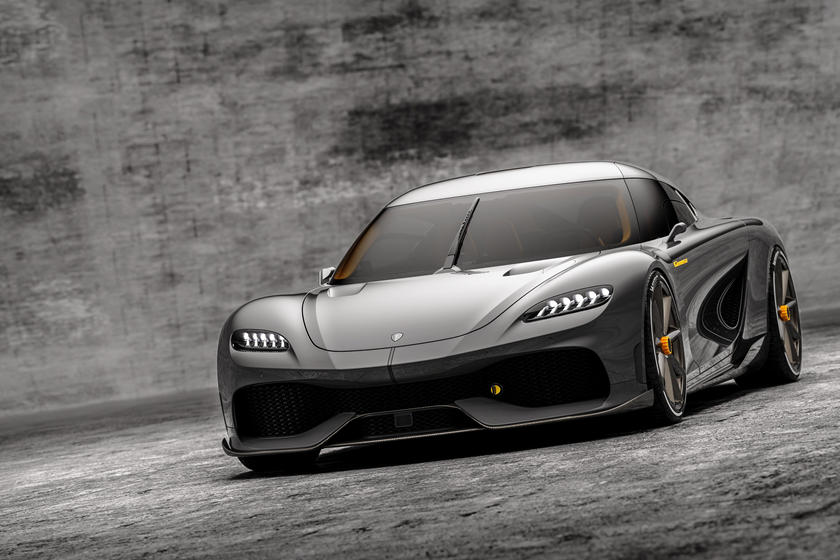 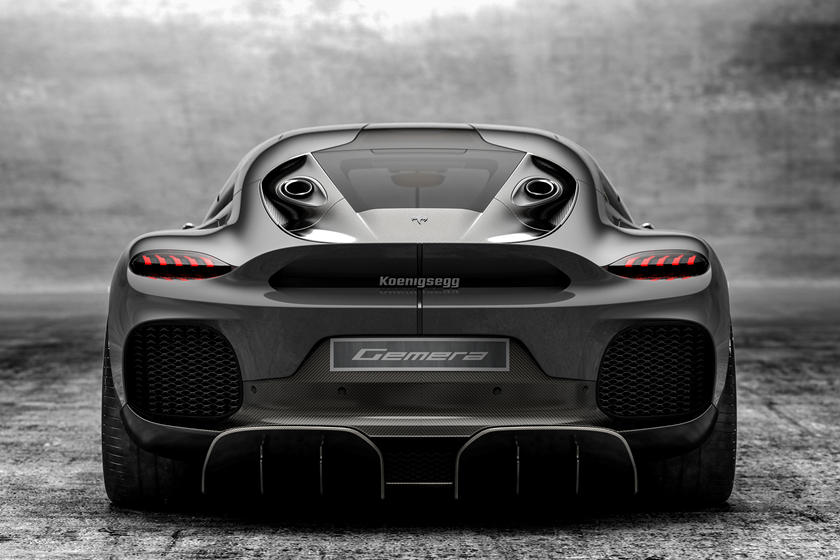 But the crown jewel of the Gemera has to be the KATSAD door design. Short for Koenigsegg Automated Twisted Synchrohelix Actuation Doors, the now-signature mechanism on Koenigsegg models has been adapted for use on a four-seater, with massive doors that open up the entire side profile of the car to allow ingress and egress for both front and rear passengers without needing to adjust the seats at all. 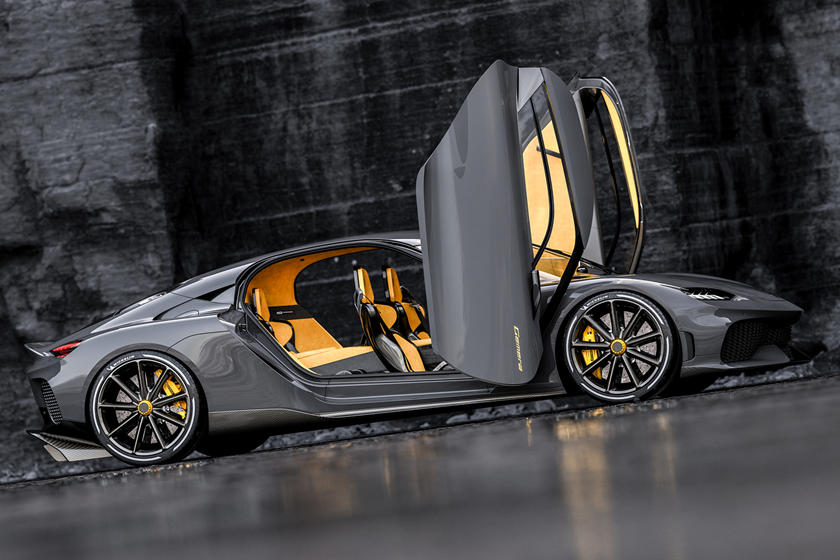 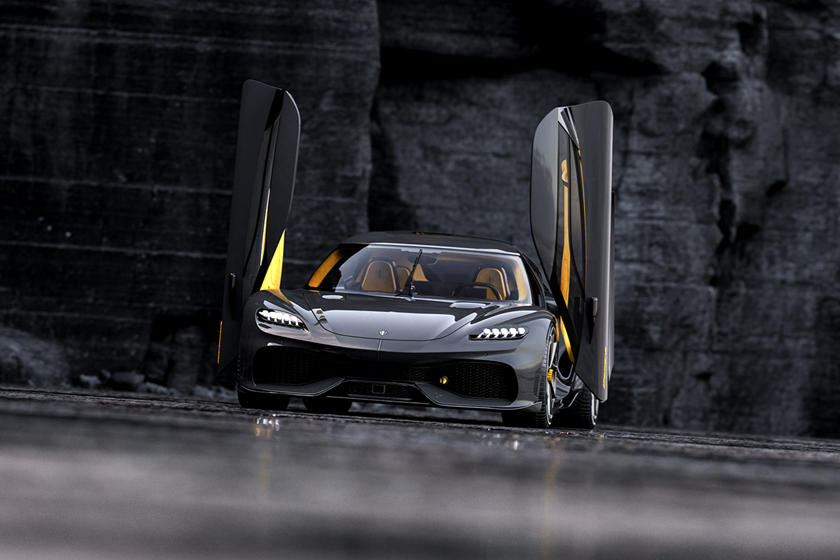 The interior of the Gemera is an entirely new experience for Koenigsegg, as it's the first time the company has offered seating for more than two occupants. But unlike other GT cars that provide 2+2 seating where the rear seats are reserved only for double-leg amputees, Koenigsegg makes the bold claim that four occupants of 6'5" can easily fit, without the need to adjust the position of the front seats. It's an incredible feat, and what makes it more impressive is that even ingress and egress are easily achievable with unique doors that open up the entire side of the car.

Once inside, typical Koenigsegg luxury and attention to detail awaits, with the finest materials in a custom-tailored interior; carbon fiber is the material of choice, though. Eight cupholders (four heated, four cooled) are spread throughout the cabin, tri-zone automatic climate control keeps occupants comfortable, wireless phone chargers are equipped front and rear, and there are entertainment screens for both the front and rear of the cabin. 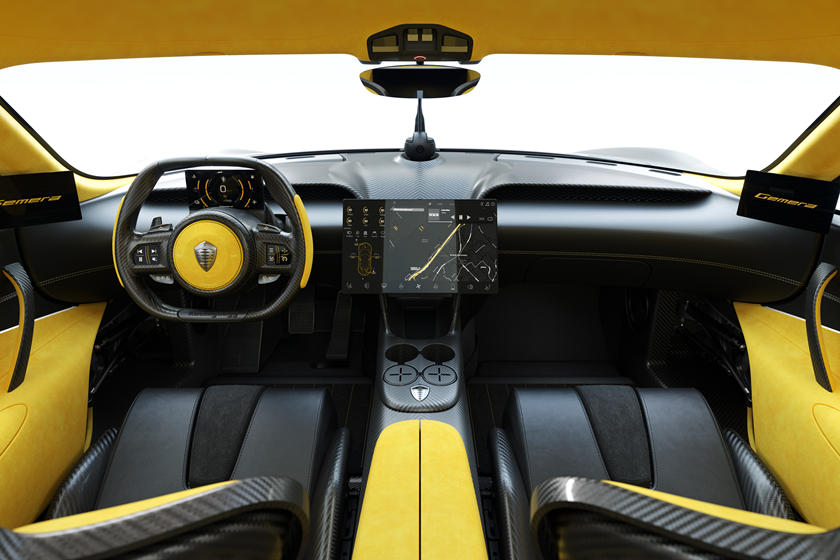 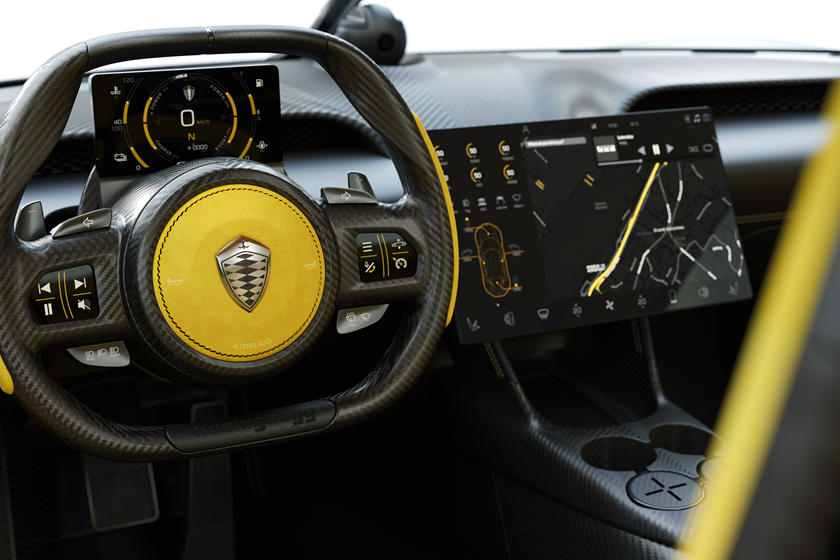 The seats are made from memory foam with heated functionality and power adjustability, and the infotainment suite boasts full Apple CarPlay integration, on-board Wi-Fi, and an 11-speaker sound system.

It's true luxury, a true four-seater, and truly bespoke, but without compromising on the Koenigsegg DNA we've become accustomed to. Further attention to detail comes in the form of two trunks, one at the rear capable of housing three carry-on suitcases, while a frunk will house one, ensuring all four occupants are capable of bringing luggage with them for the ride. 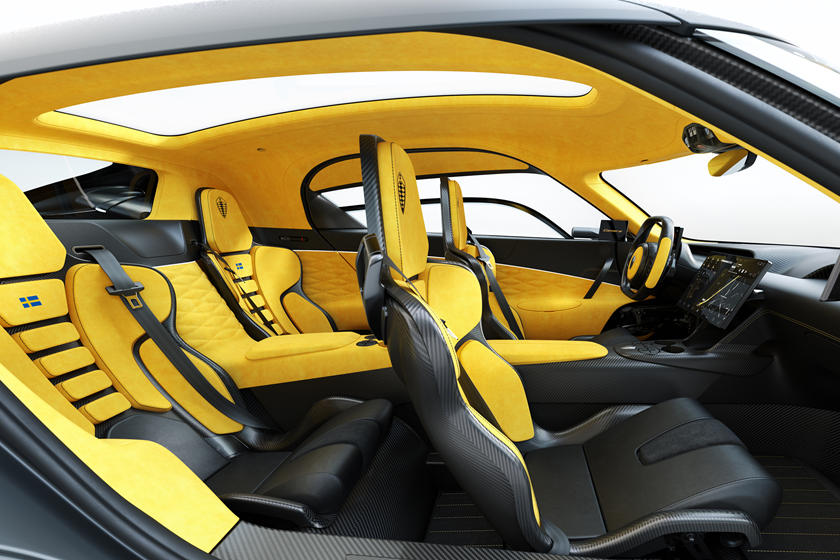 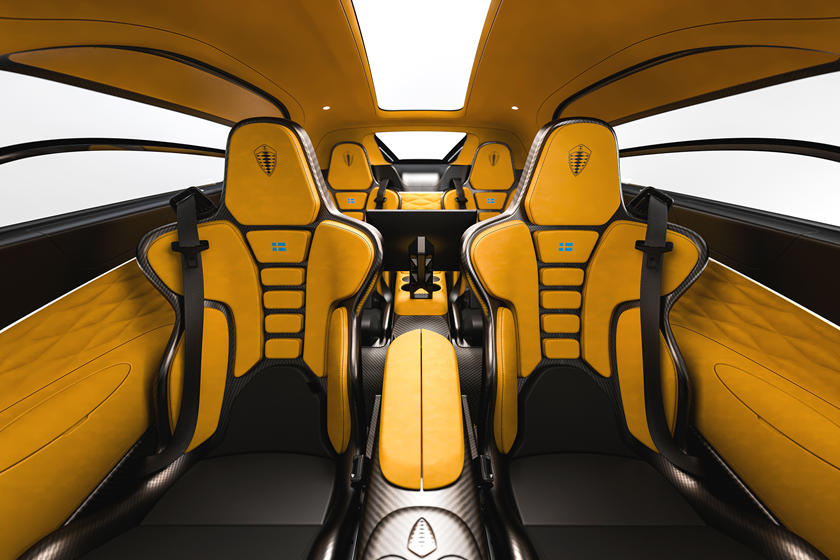 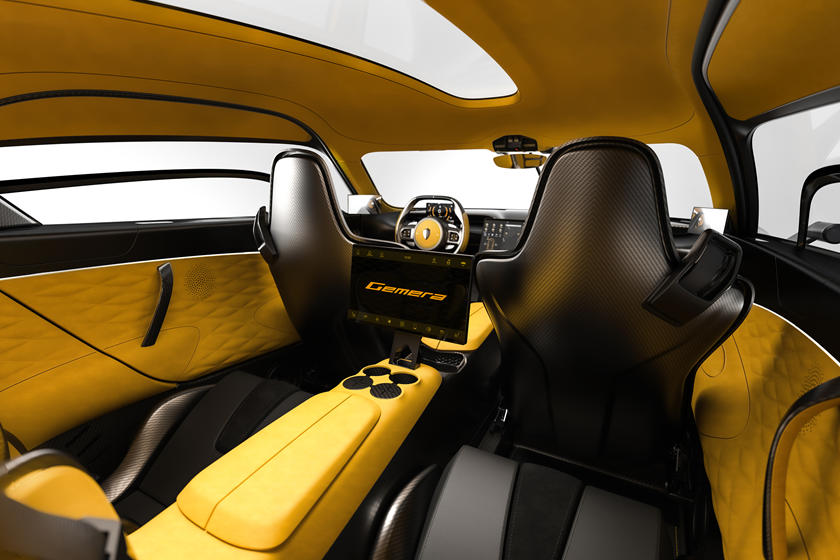 A Tiny Friendly Giant That Packs A Performance Punch

Nicknamed the Tiny Friendly Giant (TFG), at the heart of the Gemera is a newly developed 2.0-liter twin-turbo three-cylinder engine. The engine is longitudinally mounted in the middle of the carbon fiber chassis, with drive sent to the front axle via an evolution of the Koenigsegg Direct Drive system first seen on the Regera. The engine alone develops 600 hp and 443 lb-ft of torque, which on its own is astounding from such a small displacement motor, but what makes it even more incredible is that it has no camshafts. Instead, controlling the valves is the Koenigsegg-developed Freevalve technology, which uses electronic actuators to control the valves incrementally for increased performance and efficiency.

The system is augmented by three electric motors, including one on each of the rear axles and one on the crankshaft of the engine. The three motors develop a combined 1,100 hp that coupled with the combustion engine results in total output of 1,727 hp and 2,581 lb-ft of torque. 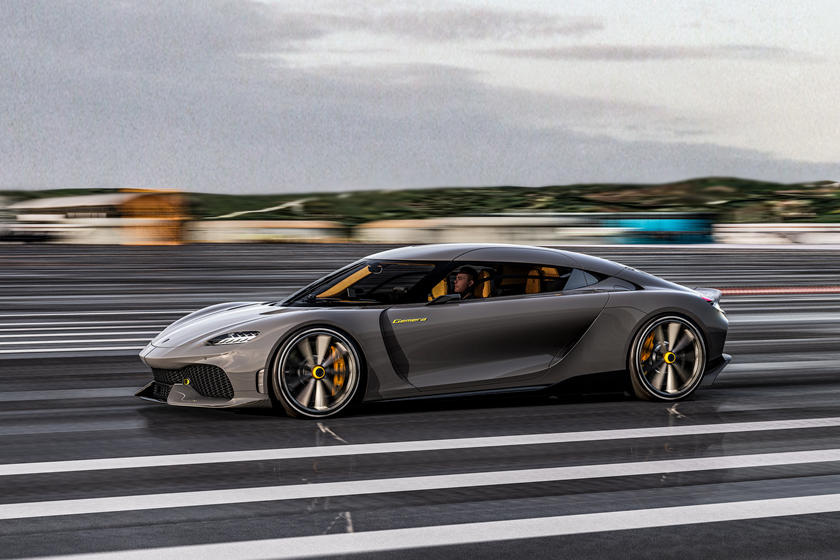 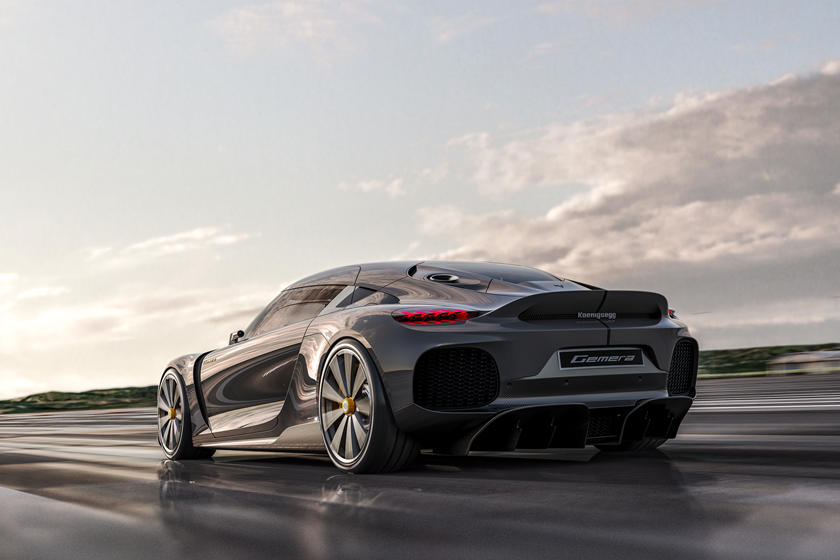 The powertrain can propel the Gemera for up to 31 miles on electric power alone at speeds of up to 186 mph, but when the system works in unison, the real magic happens. 0-62 mph takes just 1.9 seconds, while the top-speed of the Gemera is pegged at 248 mph. Koenigsegg makes the bold claim of a combined driving range of 621 miles, and if fueled with second-generation ethanol or CO2-neutral methanol, the car becomes entirely carbon neutral.

All-wheel-drive is paired with all-wheel steering, enhancing low-speed agility and high-speed stability. The front axle is equipped with twin-clutch packs to enable genuine torque vectoring, while the electric motors on each rear wheel can provide the same. It's a combination that should yield exceptional handling dynamics, although, from a brand like Koenigsegg, we expect no less. 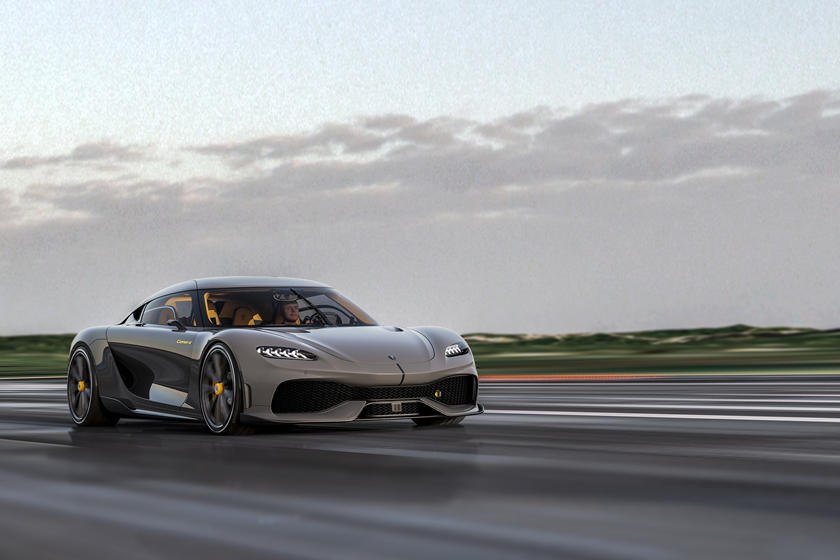 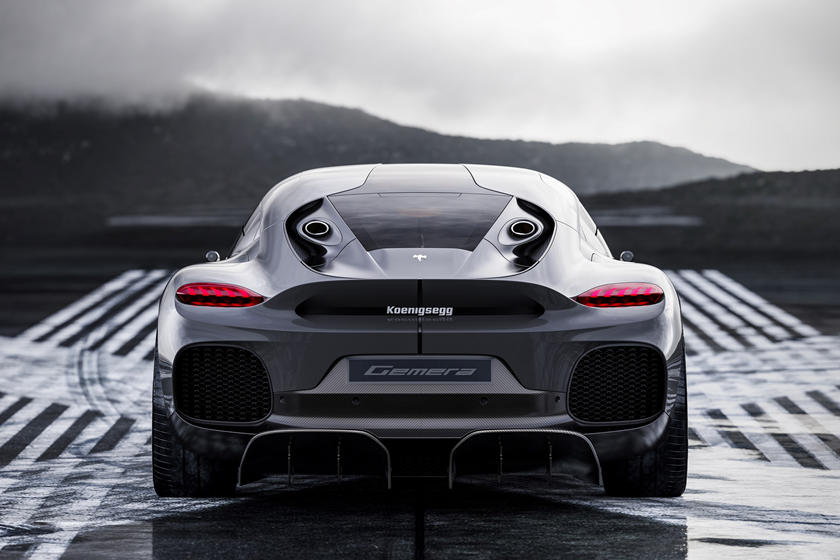 How do you compare a car like the Gemera to anything else in existence? You simply don't. A Bugatti Chiron might have the performance and comfort, but it lacks the four-seater capacity of the Gemera, and a Porsche Panamera E-Hybrid might offer seating for four, but it's nowhere near as powerful.

So how much does a car in a class of its own cost? Well, you'll need to pay a starting MSRP of $1.7 million, which technically makes this the cheapest Koenigsegg money can buy. Just 300 Gemeras will be produced, though, which also makes it one of the most widely available cars from the Swedish automaker. 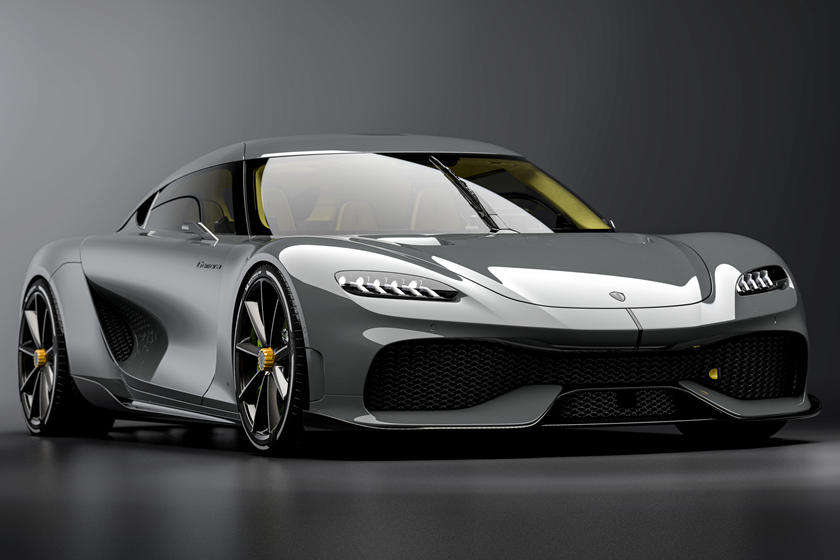 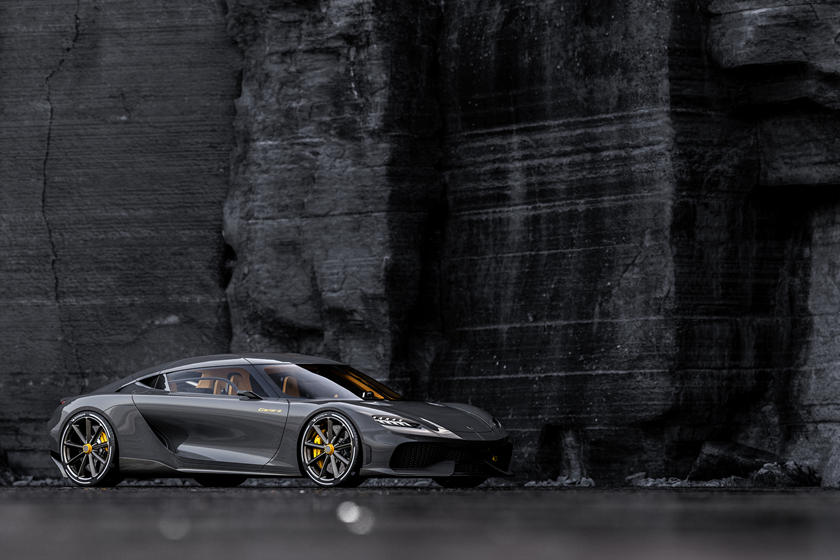 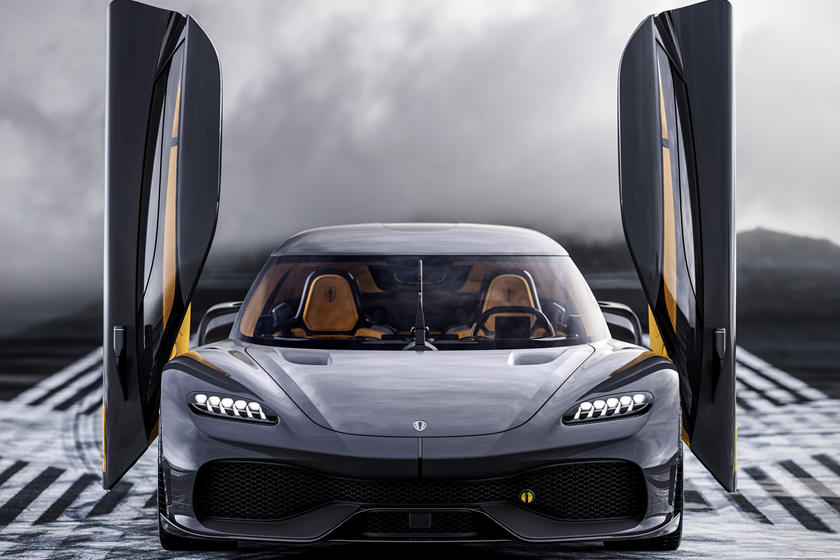 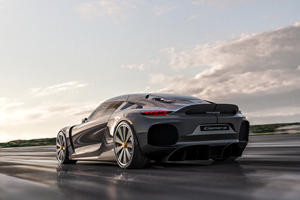 Supercars
12
Koenigsegg Reveals Secret To Starting A Car Company
Koenigsegg is one of the world's leading hypercar manufacturers - but getting to this point wasn't easy. 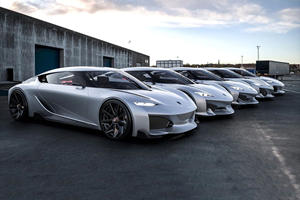 Design
3
An Inside Look Into The Design Of The Koenigsegg Gemera
Inspiration from nature with a design many years in the making. 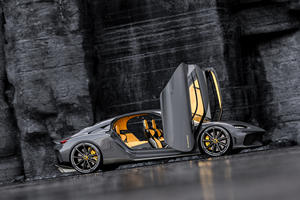 Interview
9
Koenigsegg Won't Build An SUV, But A Smaller Sports Car Is Possible
"I'm not a big fan of SUVs in general," says Koenigsegg's boss. 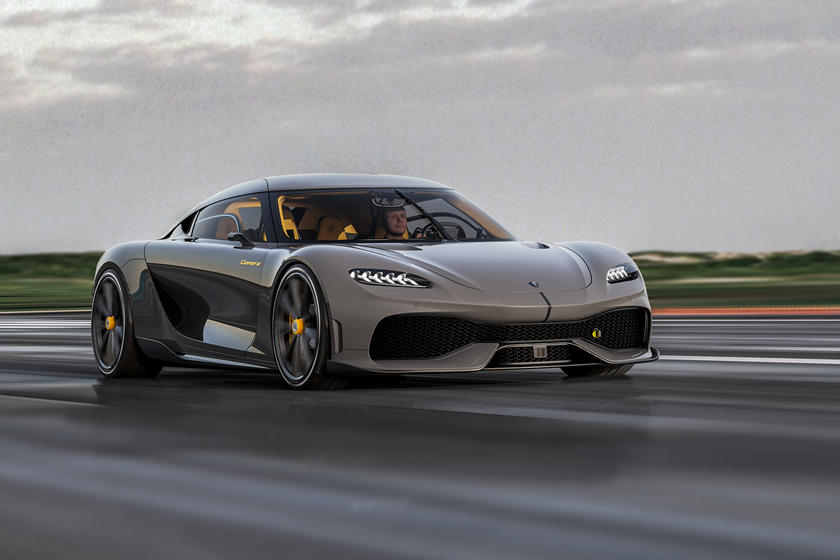 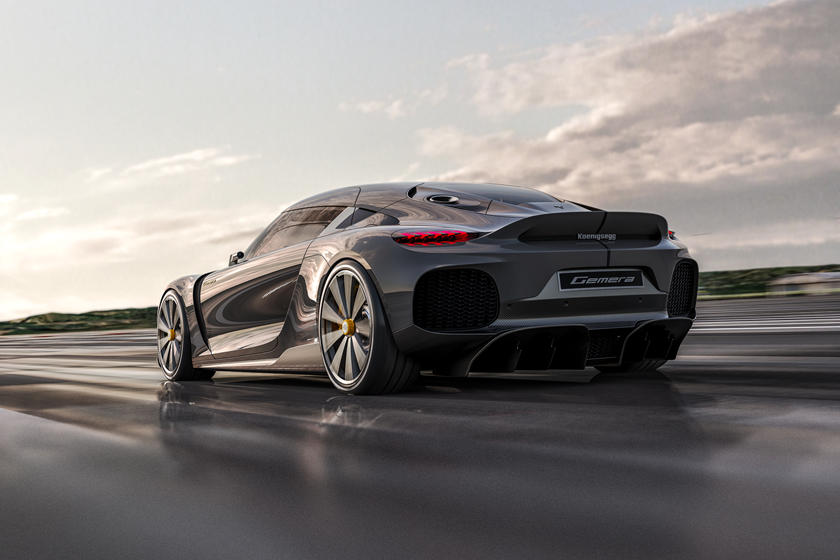 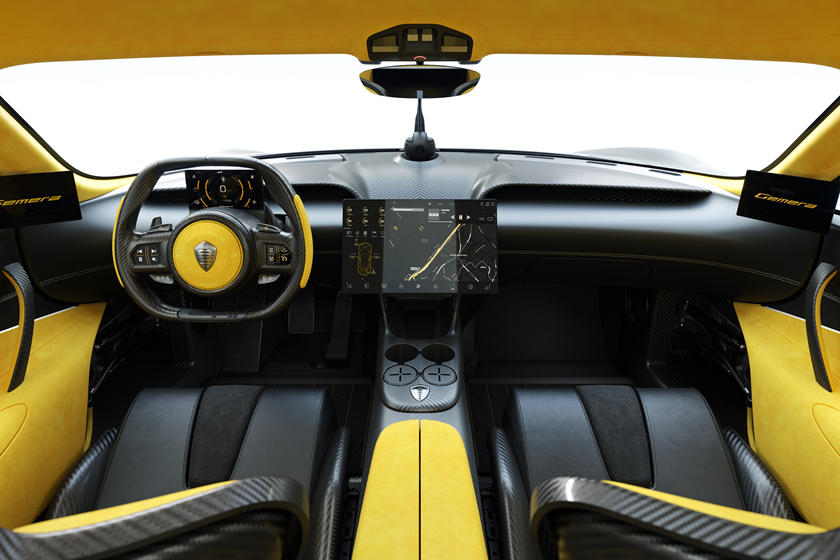