You can't talk about the Lexus LC 500 without talking about how it looks. It's rare that a concept car reaches production with minimal changes, but Lexus has managed it. It's a hypnotic head-turner in traffic and pulls attention wherever it goes. Underneath that stunning exterior is a comfortable and luxurious grand touring coupe filled with creativity and attention to detail. Under the hood of the LC 500 is a hand-built naturally aspirated V8 engine that suits the car perfectly. Its 5.0 liters of displacement generates 471 horsepower and 398 lb-ft of torque, giving it plenty of muscle.

Performance isn't limited to power, and while it carries a little more weight than other sports cars in its price bracket, the LC 500 offers a level of grip and handling any enthusiast will appreciate. However, buyers need to understand this isn't a car to take to the track like a Porsche 911. It's designed to go fast and cover a lot of ground comfortably and stylishly. And, if that ground includes twisty back roads, the LC 500 will eat them up and ask for more.

For the 2021 model year, the most significant changes to the Lexus LC 500 Coupe are those you can't see. Outside, little more than revised 20-inch wheels - available in a forged style with a Dark Graphite finish - and two new paint colors have been added, Cadmium Orange and Nori Green Pearl. More notably, Lexus has reduced the LC's unsprung weight by 22 pounds, partially thanks to lighter suspension components. Lexus also promises a smoother ride following adjustments to the electronic absorber controls and improved rigidity of the bound stopper and rear stabilizer. Active Cornering Assist is a new addition, and the transmission receives timing tweaks. In the cabin, Flare Red leather replaces the Rioja Red from our 2020 Lexus LC review, but Bespoke White leather has been dropped. An updated infotainment system sees the welcome addition of Android Auto integration. 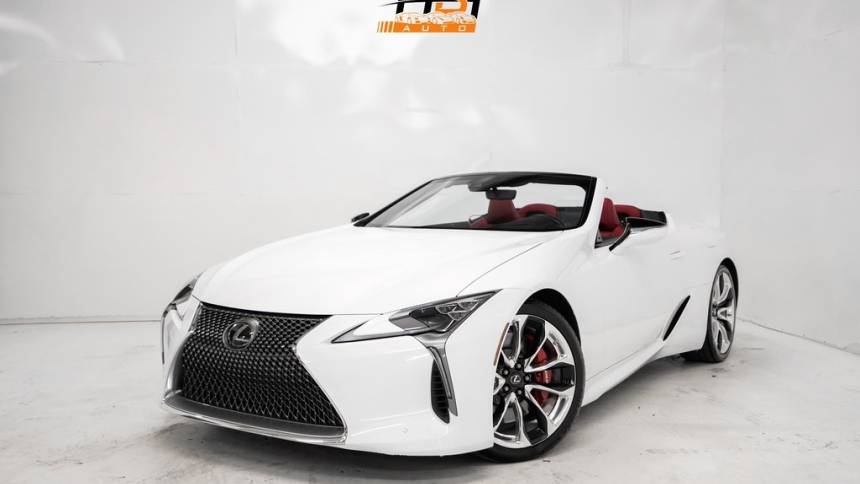 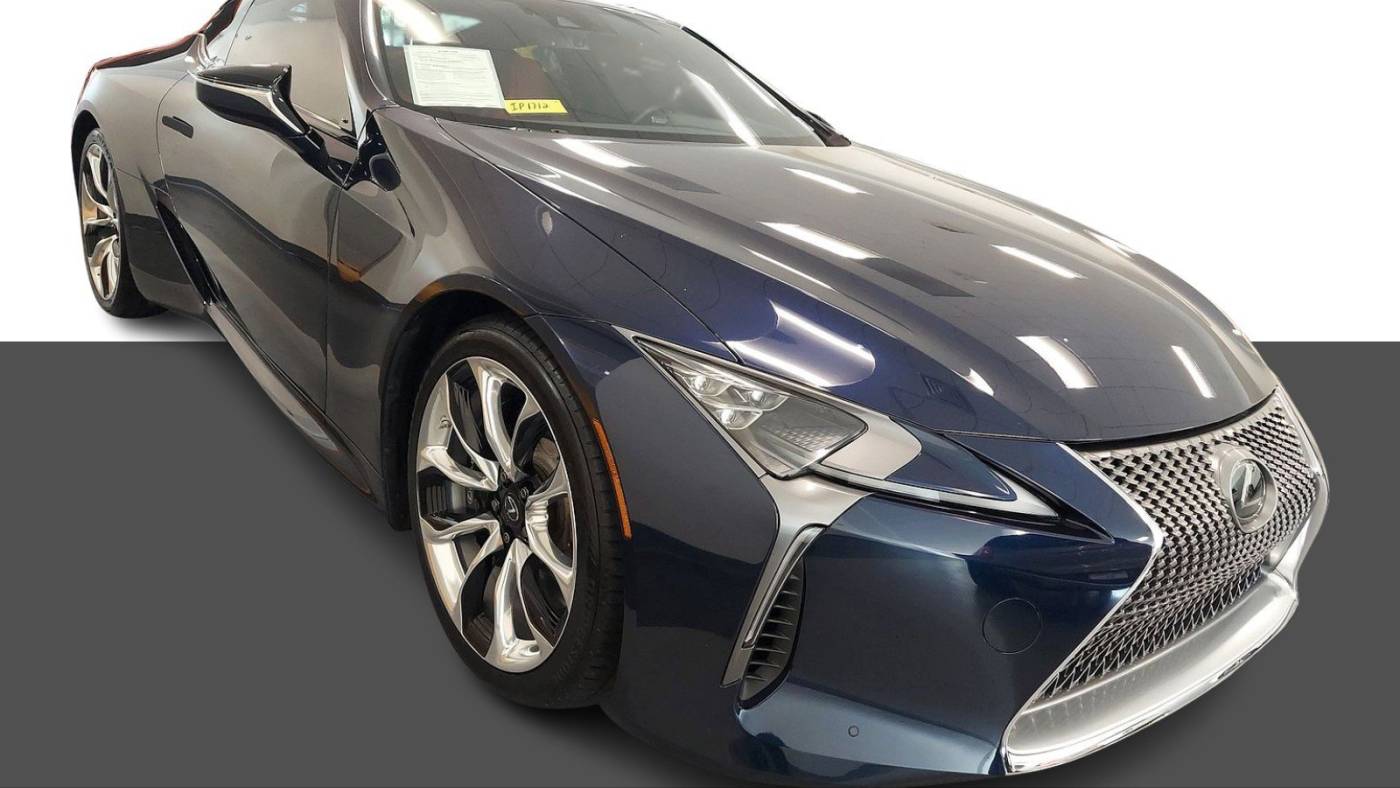 The first and overriding impression the LC 500 delivers as you pull away is from the engine. It's an eight-cylinder symphony that builds to a crescendo at 7,300 revs before a gear change is necessary, then the orchestra starts winding up again. Even in economy mode, where the engine performs the neat trick of switching into the fuel-saving Atkinson cycle, it sounds like a big V8 should. Twist the mode selector to Sport, and the LC 500 becomes an angry beast. The throttle response tightens up, and the 10-speed auto stretches then hold the gears for you. Use the paddles, and the gear-shift is impeccably smooth and fast.

In regular traffic and driving conditions, the 10-speed automatic transmission could use a little extra refinement. It's far from a deal-breaker, though, as the transition into the next gear is so smooth. Ride quality is as close to impeccable as we've found in a car that also rides on firm suspension. We spent a lot of time on the freeway in our week with the LC 500 and found the suspension dealt with California's most corrugated highways incredibly well.

Off the freeway is where you can give the chassis a workout, and while the Lexus isn't as razor-sharp as, say, the Porsche 911, it's exuberance is infectious. The near 50/50 front-to-rear weight balance and tight chassis keep the visceral enthusiasm in check. The LC 500 is a car you can confidently throw into a corner then kick it out again with a big grin. Lap times be damned, the LC 500 is a fun car to drive hard once you've soaked up the sophisticated style and beauty.

We're now entering the fourth model year for the LC 500, and with the new tweaks under the skin, it just got even better. The LC 500 is a stunning car, so good that the awful Lexus infotainment system isn't a deal-breaker. The Porsche 911 is the obvious comparison, but the LC 500 is its own car. It looks like it drove off a concept car stand at an auto show, but it's a fully realized exercise in design, style, and build quality. It also, incidentally, has a raucous naturally aspirated V8 and handling chops that can be exploited on back roads to great effect. Furthermore, it's packed with features that make it feel more value-filled than rivals like the 911, and its unique appeal means it stands out from the crowd far more than similarly sized sports coupes.

Check out other Lexus LC Styles 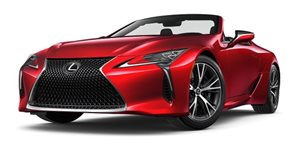 The Porsche 911 is still fresh from a complete redesign, although as has often been the case with the venerable sports car, it doesn't look all that different from several prior generations of the 911. At $99,200, the base Carrera is more expensive than the Lexus. Despite being down on both power and torque, the Porsche's turbocharged six-cylinder engine allows the 911 to hit 60 faster than the heavier Lexus. Through the corners, the 911 is the clear winner with its flawless body control and steering. The 911 also has a better touchscreen infotainment system. However, the Lexus looks and feels more special with its arresting looks and exquisite cabin, and its naturally aspirated V8 makes a wonderful noise. It's also better-equipped, with Porsche charging an arm and a leg for many of the safety features that the Lexus gets as standard. The numbers will say that the 911 is the victor, but it simply can't compete with the theater of the charming LC as an everyday GT.

The RC F is a more hardcore performance car than the LC 500, trading in some of the latter's beauty for brash features like a large rear wing and upgrades like a carbon fiber hood for the available Track Edition. With the RC F's V8 engine generating similar power but tasked with carrying less weight, the RC F is faster off the line and feels a bit more agile, with a standard limited-slip rear differential which is optional on the LC 500. After all, this is a coupe that has the BMW M4 in its sights. The RC F has an impeccably built interior, but the LC 500 has an even more beautifully designed layout. Both are saddled with infotainment systems that remain tricky to use on the move. Overall, we prefer the more sophisticated LC 500 - it feels like Lexus operating in its sweet spot, whereas the RC F tries harder to chase competitors that have more experience in making high-performance sports coupes. That said, the nearly $30,000 price difference between the base RC F and LC 500 can't be ignored.

The most popular competitors of 2021 Lexus LC Coupe: 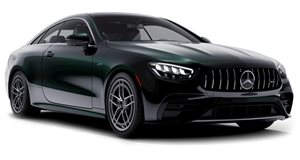 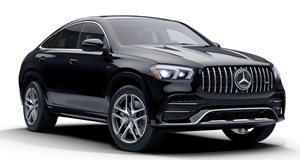 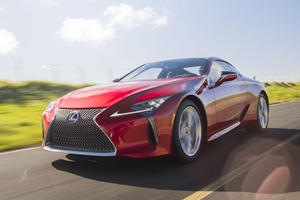 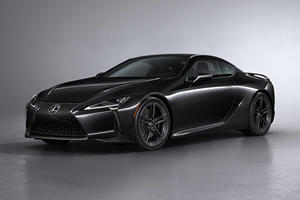 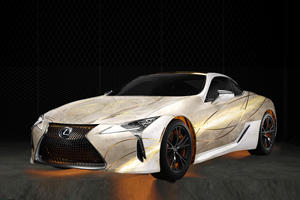