The new McLaren 765LT drops 176 lbs from a 720S's curb weight, but it still carries a burden on its shoulders. A more track-focused 720S built to rival the Ferrari 488 Pista, the 765LT succeeds the exceptional 675LT and follows the one-class-down and also exceptional 600LT. Despite only boasting five years of history, already these road-legal Longtails are so well defined that we know what to expect: namely more power, less weight, higher grip and downforce and - perhaps most crucial, if hardest to define and engineer - an extra tingle of tactility and driver interaction. And of course there's a mighty backstory in the McLaren F1 Longtails that raced at Le Mans in the 1990s with longer, drag-cheating bodywork.

We've come to Silverstone in the UK to see if this latest and most powerful ever Longtail can live up to the legend. There's also the arguably more important question of just how close the 765LT can come to the McLaren Senna, given the two share so much hardware and have similar briefs.

McLaren hopes you know by now that the Longtail name shouldn't be taken too literally, it's more of an ethos. But still, the Longtail is actually longer than a 720S by 10mm at the rear thanks to a new active rear spoiler that has 20% extra surface area and a front splitter that protrudes by an additional 40mm. The rest of the revised aero package includes the front bumper, underfloor, side skirts, and a rear diffuser, all in carbon fiber.

The benefit is sharper visuals, but also a 25% boost in downforce, though McLaren doesn't quote exactly what that translates to numerically. It's certainly nowhere near the immense 1,764 lbs claimed by the Senna at 155 mph, but there's no question which car is easier on the eye when parked in the pits - the 765LT is a stunner.

The bodywork contributes significantly to weight saving, with components including lighter wheels (-49 lbs), new carbon fiber parts (-32 lbs), and lighter glazing and a polycarbonate rear screen (-13 lbs). Other than the carbon bits, most of the body is aluminum, but McLaren's MSO department has already produced one car with a full carbon body.

The basics of the interior are naturally derived from the 720S, so the doors still swing upwards and take a chunk of the roof with them - helpful when you're wearing a helmet. You still step over a large carbon fiber sill and sink down into a perfect low-set driving position. But this is an even more serious cockpit, with thin carbon fiber seats like a Senna (lightweight carbon fiber seats are standard, but those fitted to our car are Senna-like 'Super-Lightweight' chairs), exposed carbon floors, and a new carbon transmission tunnel. Most surfaces are covered in racy, lightweight Alcantara.

The air-conditioning and stereo are deleted as standard, accounting for 25 pounds of the overall weight saving, but they're no-cost options to add back in, and most owners will. Our test car was also fitted with an optional half roll cage/harness bar that did little to restrict visibility but everything to add an extra dose of motorsport cool.

The familiar 4.0-liter twin-turbocharged V8 has been re-engineered with forged aluminum pistons, a triple-layer head gasket, an extra fuel pump, and a tweaked ECU, plus stiffer engine mounts and a distinctive quad-exit titanium exhaust. The end result: 755 hp and 590 lb-ft going to the rear axle.

The seven-speed dual-clutch transmission is also upgraded, with 15% shorter ratios than a 720S, exotic 20NiCh nickel-chrome - normally found in F1 - for the final drive's crown wheel and pinion, and a new downshift feature so you can summon a downshift before the engine can deliver it, but then provides it as soon there's enough headroom for revs. The top speed drops from 217 mph to 205 mph due to the shorter gearing, but you get there faster: try 0-60 in just 2.7 seconds.

Naturally, the chassis gets a comprehensive workover. The steering ratio is quicker, and the front end is 5mm lower and features a 6mm wider track (the rear runs the same height and width as the 720S) and single-rate springs replace the 720's dual-rate items. Hydraulically interconnected dampers remain, but the dampers themselves are all-new.

Six-piston Monobloc calipers from the Senna and 'regular' carbon-ceramic discs are standard, though you can upgrade to the Senna's CCMR discs fitted to our test car - they're 60% stronger and shed heat four times faster. Super-aggressive Senna-style Pirelli Trofeo R tires are also standard.

I've driven both the 720S and Senna at Silverstone before, and in similar dry conditions - the 720S is exciting but at times challenging because it moves around so much when pushed hard, the Senna is obviously much faster but ultimately easier to drive than a 720S, simply because it's better locked down with crushing aero, huge mechanical grip, and monster brakes.

You definitely feel some of the Senna DNA just sitting in the 765LT in the pitlane: there's the thin shell and cupped embrace of the carbon fiber seats, a gruffer, deeper note from the quad titanium exhaust, and more of a tingle through the chassis and pared-back interior as the powertrain idles on its stiffer engine mounts. Yet there's nowhere near the resonance or harshness of the Senna; it's a nicer, less oppressive place to be.

On track, the visibility, driving position, and the light and feelsome steering quickly help to build confidence, while the more robust feel of the Longtail's brake pedal compared with the mushier 720S is a welcome lift from the Senna. You feel the extra fury all bundled up in the revised 4.0-liter twin-turbo engine, which relentlessly fires you down the straights and has impressive headroom at high revs - somewhere you'll find yourself quite frequently given the combination of shorter gearing and extra power.

The gearbox changes instantly but never feels harsh, but the soundtrack is more industrial than operatic. But there's no question: the powertrain is weapons-grade effective and super-responsive too, partly because the typical McLaren turbo-lag isn't an issue on a fast track like this.

Even with such an aggressive Trofeo R track tire, the LT still needs a certain amount of caressing and smoothness if you're to avoid lighting up the tires in slower corners, or to prevent triggering some safety understeer in faster ones. It's here where it's apparent that the huge aerodynamic squash of the Senna is missing.

But for the same reason, the 765LT is also a nimble and agile track car that allows you to adjust its balance with the throttle - go late on the excellent brakes, pour the relatively light and pacey steering into the third-gear left-right flick at Vale and it grips hard at the front, doesn't dive, and pivots progressively around its middle. It still carries deceptively high cornering speeds - the lack of body roll encourages you to lean harder on the tires and really stress the mechanical grip.

The shorter gear ratios are perhaps a mixed blessing. Clearly, they're key in generating headline-grabbing acceleration times, and the 765LT certainly gobbles through its powerband for more visceral acceleration than even the 720S. But I also instinctively short-shifted to higher gears through more technical sections to stop the rear tires spinning, something that means the paddle shifters see frequent use.

For such a senior-level track car, the McLaren 765LT is surprisingly benign to drive for a relative novice, and yet a pro could spend hours chipping away at a lap time with increasingly white knuckles and widened eyes. That's quite a balancing act from McLaren, and there's no question we had a ball driving it around Silverstone.

To the big question of where the 765LT sits between the 720S and Senna? Unsurprisingly it lands somewhere between the two dynamically on track - faster, less flighty, and more racecar serious than the former, but not as locked down, super-composed, and abrasive as the Senna. The Longtail's feel, ultimately, is more 'circuit-prepped 720S' than 'watered-down Senna'. In the parallel universe of McLaren ownership, that makes a lot of sense.

With McLaren set to introduce hybridization across the range starting in 2021, we eagerly anticipate seeing where McLaren takes the Longtail sub-brand from here.

The most popular competitors of 2021 McLaren 765LT: 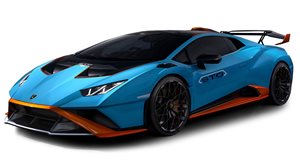 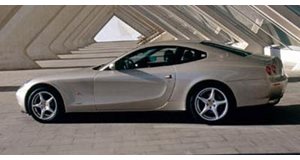 Check out some informative McLaren 765LT video reviews below.

Here’s a Tour of the New McLaren 765LT Supercar 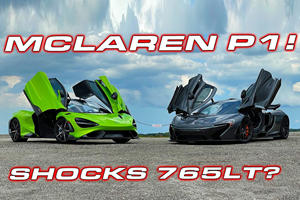 Video
2
Watch What Happens When The McLaren 765LT Meets The P1
Despite being nearly ten years old, the McLaren P1 still impresses. 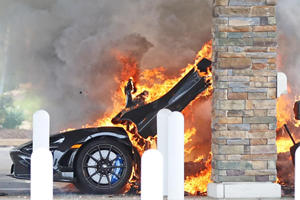 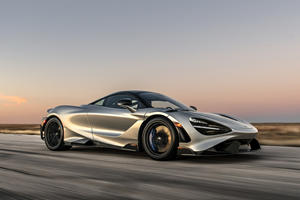