It's worth stepping back a bit before we dive in and remember McLaren Automotive is still a young company. After the legendary McLaren F1 and the McLaren Group's collaboration with Mercedes-Benz for the SLR McLaren, McLaren Cars lay dormant until 2008, when it was brought back as McLaren Automotive and set off on its current path. McLaren Automotive is just 14 years old, making it a startup compared to competitors like Lamborghini and Ferrari.

The McLaren MP4-12C (later 12C) arrived in 2012 as the brand's first fully in-house designed and built supercar, followed by the P1, which went toe-to-toe with Porsche and Ferrari's equally legendary hybrid hypercars. Since its regrouping and a mission statement set in stone, McLaren has produced a string of excellent series production and low-volume supercars and now enters a second generation with a hybrid powertrain at its core. The Artura weighs in at just 3,303 pounds with a twin-turbo V6 matched with an electric motor delivering 671 horsepower to the rear wheels. We took ourselves to Nevada to meet with McLaren, have a good look at the technology, and take the $233,000 Artura for a long drive through winding desert roads before heading into Las Vegas to see what it could do on the track.

McLaren's new M630 engine is a masterpiece. The twin-turbo V6 makes 577 hp and 431 lb-ft of torque, while the electric motor adds 94 hp and 166 lb-ft to the equation, adding to a total of 671 hp and 530 lb-ft in total. That's the numbers, but the engine is more than that. The two banks of three cylinders are splayed out at a 120-degree angle, which is unusual and brings a few benefits we'll get into in another article. The two turbochargers sit inside the V while the electric motor, weighing just 34 pounds, sits in the eight-speed transmission housing.

The electric motor's job is to fill in torque until the equal-size turbos come on song, and gives the Artura razor-sharp throttle response. The turbo lag is imperceptible, and the Artura will leap off the line to 60 mph in three seconds flat, then onto 124 mph in 8.3 seconds. It's a suitably ferocious experience with almost instant gear changes challenging the tires to maintain traction.

The 7.4 kWh battery weighs just 194 lbs, and it's a testament to McLaren's hunt for lightness that the Artura only weighs 3,303 pounds in total - not much more than a gas-powered-only Honda Civic. The battery can be charged from an outlet and takes around three hours; the Artura will go around 11 miles on electric power alone. The final ingredient of the powertrain's main features is an electronic differential designed to be as smooth as it is responsive in handling the power going to the rear wheels.

Part of the reason McLaren, like all supercar makers, is moving to hybridization is to survive by adapting. The downside is more weight, but here it has been minimized, with big upsides of torque-fill and healthy throttle response. The other upside is that you can drive the Artura in stealth mode. You can start it without annoying the neighbors, then wail through the countryside, but then drive through small towns and villages in a respectful manner. We drove the Artura in pure electric mode briefly, as there aren't many people to annoy in the Nevada desert, and it was fine, which is all it needs to be.

Exterior Design: A Book's Worth

A lot is going on with the Artura's exterior design beyond it being an evolution of the previous cars. The front is familiar but has sunken headlights, giving it a meaner look. The cab-forward look with the big windscreen is as practical as it is cool looking, while the front and rear overhangs are proportionally pleasing. From the side, the rear intakes are huge and deliberately sculpted and fit with the shoulder line and the car's wide hips perfectly to create a flow down the side of the car. From the back, you see the nod from the taillights to the P1 hybrid hypercar that foreshadowed the Artura.

McLaren describes the look of the bodywork as "shrink-wrapped," and that tracks. There are minimal joints and shut-lines, taken to the extreme by single panel super-formed rear clamshell. Topping off the McLaren Artura's form-follows-function approach are the dihedral doors that pull tight into the body and open out high and wide. The odd but cool feature at the back of the car is the, for want of a better word, chimney poking straight up through the rear clamshell to release hot air from the engine. The cool bit is looking in the rearview mirror to see the heat haze it's releasing behind you.

As much attention has gone into the Artura's cockpit as the rest of the car. You sit low, and the new Clubsport seats are snug yet comfortable for a long drive. Despite this reviewer being six-foot-one, it's not cramped, and there's still enough room overhead for wearing a helmet without grinding it on the roof. The windscreen sits deep and gives an excellent forward view while the hood curves down and out of the way, so you can be super-precise about positioning the car on the tarmac. The drive controls sit in the center console with a groove down each side for phones to sit in, which is one of the most thoughtful touches we've seen inside a car for a while. It's a damn near perfect solution in such a tight space.

The touchscreen display houses McLaren's infotainment system, which includes Apple CarPlay and Android Auto, and its McLaren Track Telemetry system app. The sound system comes from Bowers & Wilkins and sounds great before considering the small cabin and how much glass there is to reflect sound.

The gauge cluster and steering wheel are mounted together as one unit, so when you adjust the height and tilt of the wheel, the gauge cluster moves with it. As a result, the gauge is a lot closer to the wheel than tradition dictates and takes a minute to get used to. The mode controls are via the top corners of the instrument binnacle, reachable by finger without taking your hands off the wheels. The modes are split between powertrain and handling, meaning you can go to the extremes of the comfort setting for the chassis and have the powertrain in race mode or vice versa if you're in a contrarian mood.

If you want to sum up the McLaren Artura in two engineering choices, it's using an electric motor to finesse throttle response and not opting for super-wide tires to keep the steering feel balanced. Yes, the McLaren is phenomenally fast, but there's an underlying finesse that brings huge driver enjoyment to laying down gobs of power. The realization of how wonderful the McLaren drives didn't come from digging deep into the brakes from 130 mph in a straight into and then out of a 90-degree right-hand corner. It came from cruising through a winding desert road at 70 mph and enjoying the hell out of the car at normal speeds. The steering has the kind of precision that attracts cliches involving surgery and scalpels, but it also flows lightly and smoothly in harmony with the rest of the car. With the suspension and engine in comfort modes, the ride is excellent but, oh boy, can you still carve corners at a ridiculously consistent pace with confidence.

The Artura's throttle response is something special and will help even the most lead-footed of drivers get the most out of the chassis. The new engine revs out to 8,500 rpm and is full of character and immediate raw power when called upon, but it, predictably, doesn't spit fire and brimstone at the top end. It's relentless yet predictable power that suits the rest of the car to a tee and can be adjusted to suit the driver, setting, or mood. In sport mode, it surges and flows with your right foot, accompanied by pops and bangs, and in race mode comes a freneticism and a sense of urgency.

Sport mode for the chassis firms up the suspension and sharpens the Artura even more, making it hard to unsettle, transitioning from corner to corner. The grip is constant from the specially developed tires, and when that grip starts to break when poked, it's a consistent loosening of the rear end unless you oafishly jab at the throttle. You don't need to swing the rear around wildly like a grinning YouTube wheel jockey to exploit and enjoy the overall balance of the car, though. All you have to do is drive.

Smooth is fast, and fast is smooth is the old saying, and that's how the Artura encourages you to drive on the road. On the track, it's the same. Just more so. The tires might not be as wide as other supercars out of the factory, but there's no lack of grip from the Pirelli P Zero Corsas with Cyber Tyre technology.

On the edge of the adhesion, the McLaren can be finessed on the throttle in a way this reviewer hasn't experienced before. And that's in sport mode for the powertrain. Switch to track mode, and all the nannies come off, and the Artura shows a whole new side to its personality - it wants the back to rotate and outright attack corners. If you want to look like a hero and light up the tires going sideways, the Artura will let you. But if you just want to go fast, the mixture of agility, grip, and feedback from the chassis and steering is excellent.

The brakes also show their mettle and remain progressive and consistent lap after lap of the small and intense Las Vegas Motor Speedway infield track. We get the feeling even a professional driver might not lay down the fastest lap against Artura rivals like the massively overpowered Ferrari 296 GTB, but the times will be as fast as they are consistent.

Verdict: A Lesson In Restraint

McLaren first wheeled the Artura out for the automotive press in Europe, and a recurring theme in reviews is the idea that McLaren is holding back with the supercar. As in, it's a bit too sensible and not light-your-hair-on-fire fast enough. We think this misses the whole point of the Artura. This isn't McLaren's end game. It's McLaren's starting point for a new generation of series-production supercars.

The Artura feels like exactly what it is, and that's the car McLaren will be using as a base for its main line of supercars over the next ten years or so. It's the well-rounded model that does everything well. In a video game, all of its stats would be high, with nothing jumping far ahead of the rest. It has no weak spots but also nothing that massively overpowers other areas of performance - whether that's acceleration, top speed, grip, handling, or comfort.

That will all come later. There will surely be a Spider, a more powerful street-biased version, a track-biased Longtail version, and so on. What all the more specialized versions need is a well-rounded chassis and drivetrain to be based on, and what McLaren needs to open its hybrid account is a model that will make customers looking for a well-rounded, highly technical supercar happy. It's a mission well accomplished as the Artura is a sophisticated celebration of the modern supercar.

The most popular competitors of 2023 McLaren Artura: 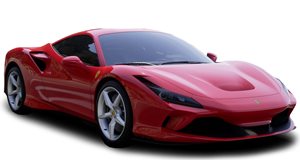 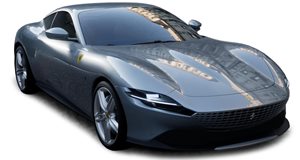 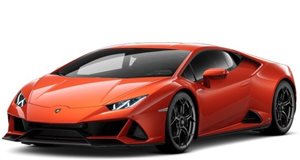 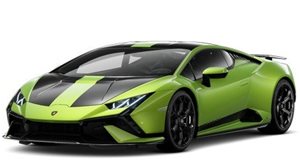 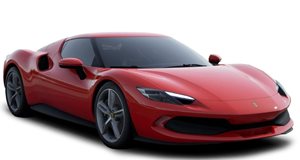 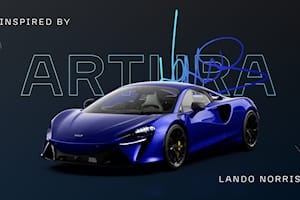 Supercars
1
F1 Driver Lando Norris Shows Off His Ideal McLaren Artura Build
The McLaren driver has good taste if his personally configured Artura is anything to go by. 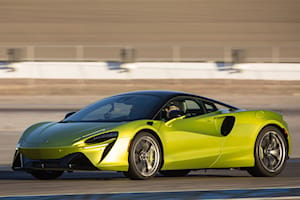 Supercars
2
McLaren Posted Big Profits In The USA In 2022
The hard work is paying off for the UK supercar maker. 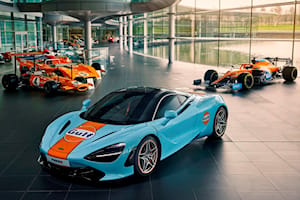 Industry News
3
McLaren And Gulf Oil Extend Decades-Old Success Story
This means we'll continue to see some great liveries on McLaren cars in the near future.