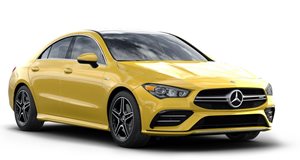 We fondly refer to the CLA35 as the "marijuana" of the AMG range, as it's the gateway to bigger, more dangerous AMGs, and this model, in particular, is the most affordable way into the performance world of Mercedes-AMG. It's also the least powerful of Merc's sports-focused lineup and is more expensive than well-respected rivals that include the Audi S3 and the BMW M235i Gran Coupe, so bear that in mind if you're in the market for a four-door performance car on a relative budget. The 2020 CLA35 is an all-new model for the AMG range, offers a new engine and is completely redesigned from the previous generation CLA. But, it's up against some pretty notable names in the segment, so let's see if Merc's latest approach to its entry-level AMG will be successful enough to outshine its hallowed German counterparts.

The CLA35 gets an all-new engine for 2020, and a bigger, completely redesigned body with a wheelbase that's about one inch longer than the previous generation. The whole CLA range now comes with full-LED lighting and a fully-digital cabin with aggressively bolstered sport seats. The 2020 model also sees the addition of Slippery Mode for some added assistance on icy roads. If we continue to list what's new and hot for the coupe under one category, given that it's a total redesign, we'd all be here for days - so keep reading, we'll cover it all. 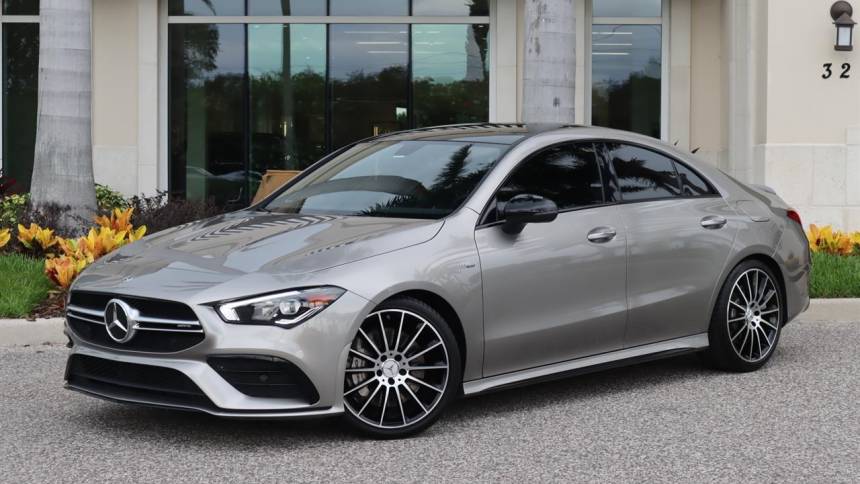 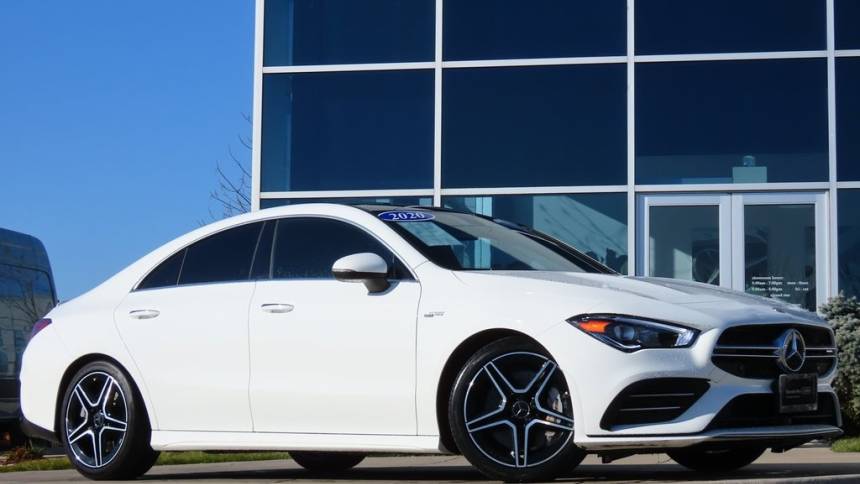 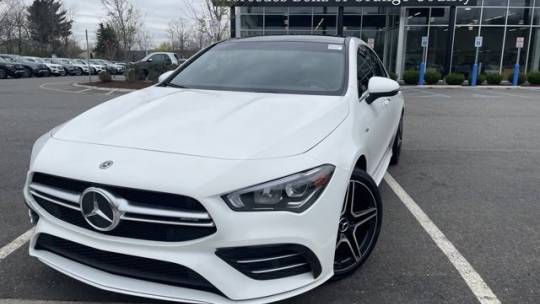 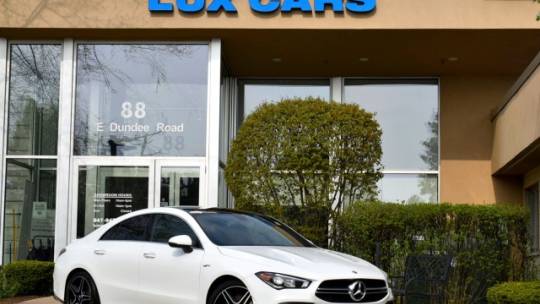 As a whole, the CLA35 handles most situations confidently, but it isn't without any imperfections. Starting off with the niggly bits, quite a lot of driving noise makes it into the cabin and on rough terrain, it's sometimes so loud that you'll have to raise your voice while speaking to your passengers. Then, there's that little downshift issue we mentioned earlier, and there's a little delay present when you're trying to get to lower gears quickly. When we take its driver-focus into consideration, it pales slightly in comparison to the A45's aggressiveness, but it has still got its kicks to offer and isn't exactly boring - it just sort of feels like a Golf 7R with an AMG badge. Another bothersome factor would be the amount of fake engine noise emanated by the speakers, but that's about it for the negatives. The suspension is on the firmer side, but not by enough to result in real discomfort, though if you're venturing onto particularly rough surfaces, the CLA35 will be sure to let you know.

Business as usual for any Mercedes-badged coupe, the CLA35 delivers a stunning exterior design, fantastic interior and plenty of power for the segment, though it's slightly slower than both of its main rivals. Given that it's slightly more expensive too, it has a bit more to prove, and it does just that - in certain aspects at least. For one, the interior of the coupe is absolutely stunning, and the marriage between the digital instrument cluster and infotainment system sits well in a car that transforms its cabin into a modern mecca of tech. A downside for the Merc is its cramped back seats, and with that being the case, the Merc also offers less trunk space than the BMW, though its trunk is bigger than that of the Audi S3. In terms of infotainment, the MBUX system can be a little inept at times, and the voice control isn't always up to scratch, but that's our only gripe in the ways of tech. The Merc is a great choice if you're doing some four-door performance coupe shopping. It offers plenty of power, on-par fuel economy, and many standard features. However, if you're on a budget, the Audi S3 is worth taking another look at.

Check out other Mercedes-Benz CLA-Class Styles

Both of these Merc-badged choices share the same engine, but the A35 is more stylish and more exciting behind the wheel; additionally, the A35 is slightly more affordable. Notably, the A35 will only launch in Spring this year, so if you're not particularly patient, you'll have to go with the CLA35. The CLA35 does exude some extra luxury, and its interior is slightly better than that of the A-Class-derivative. It's a tough one between these two, because the A35 seems like a more driver-oriented car, while the CLA provides the same amount of power but in a more refined manner. If you're after a sizzling performance experience, the A35 would be the one to shoot for, but if refined power and luxury are points you're concerned about, the CLA35 is the better choice.

As very closely related siblings, these two CLA models share a lot of the same DNA, and a lot of it is where it matters for the CLA35. The 2020 CLA45 will be officially available later this year, and although official pricing hasn't been released as yet, you can expect a difference of around $7,000 between the two. The 2020 CLA45 also employs a turbocharged four-pot, but thwacks out 382 hp in comparison to the 35's 302 hp. The interesting thing is, if you blindfolded someone and put them in a CLA35, there would be a lot of difficulty in guessing if you were in that or the CLA45 as the interior setup is almost identical. This means, all the extra $8,000 is for, really, is some extra power and small added bits. The 2020 CLA45 also offers more in the ways of additional packages and the like, given its mission to be the more premium and powerful sibling of the CLA35. If you're after extra power and you have the budget, the CLA45 would be the choice to go with, but in a lot of categories, the CLA35 does more than excellently, and shares obvious similarities to the CLA45.

The most popular competitors of 2020 Mercedes-AMG CLA 35: 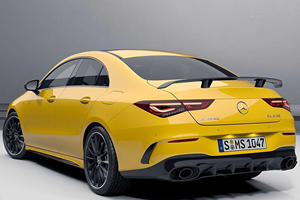 Design
7
Mercedes-AMG CLA35 And CLA45 Get New Upgrades
Aero packs are the AMG way, even on the small sedan. 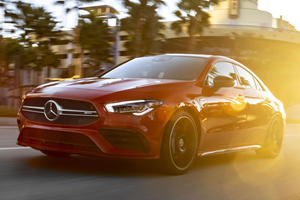 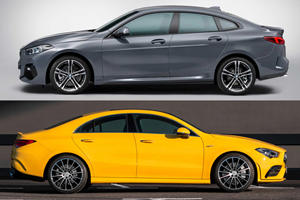 Mercedes-Benz CLA-Class
26
Mercedes CLA Vs. BMW 2 Series Gran Coupe: Battle Of The Four-Door Coupe
BMW is taking it to Mercedes in the small sedan market.