After a decade on sale, the sixth generation Z-car - the Nissan 370Z - is finally being discontinued, with the replacement confirmed as the Nissan 400Z. Like those before it, the 400Z will be a two-seater sports car debuting initially as a coupe, before being joined later on by a convertible model. Based on a heavily revised version of the platform underpinning the Infiniti Q60, the 400Z is expected to make use of a twin-turbo 3.0-liter V6 engine, marking the end of the naturally aspirated motor in Nissan’s most popular sports coupe. It’s expected to generate 400 horsepower to lend the car its name, with drive sent solely to the rear axle via either a six-speed manual gearbox or a seven-speed automatic tuned by in-house performance arm, Nismo. The seventh-generation Z-car - a marque originally established to introduce Nissan to the American market - will be unveiled before the end of 2020, with first deliveries expected towards the end of 2021. When it arrives, the 400Z will rekindle a rivalry with the fifth-generation Toyota Supra. 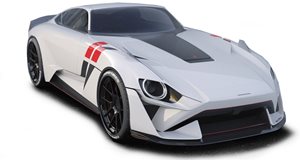