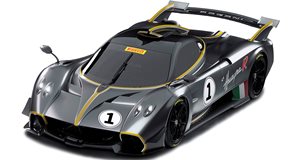 It's not every day that Pagani unveils a new car. It simply wouldn't be possible with the company's obsessive attention to engineering and insane design detail. Bearing this in mind, the arrival of the Huayra R is a big deal. This track-focused version of the already manic Huayra - the 'R' stands for Racing - combines a glorious V12 engine with an incredibly light body and masterful aerodynamic efficiency. The result is a hypercar worth over $3 million that astounds, whether you're driving it to its full capability or just looking at it. Building off the legacy of the Zonda R, the Huayra R has big shoes to fill, but it seems to relish the challenge.

At Pagani, a car's wind-cheating ability is just as important as its appearance. The Huayra R is an achievement in both respects. The development target of 2,204 pounds of downforce at 199 mph was achieved early on, before Horacio Pagani was satisfied with the car's aesthetics. In what has been described (by Pagani) as "the most perfect union of form and function," the Huayra R has new side air intakes, new vents situated above the wheel arch, and a revised roof scoop with a center fin. The underside of the body is flat and, together with the large wing, improves the car's downforce.

Some aspects of the regular Huayra are retained, such as the leaf-like side mirrors, the unusual headlights, and the stacked quad exhaust outlets. Thanks in part to the composite monocoque chassis that contains carbon, the Huayra R's dry weight works out to a mere 2,314 lbs.

Interior: The Definition Of Driver-Focused

Pagani has made a number of modifications to the cabin. For quick access to settings like traction control and radio functions, controls are all found on the steering wheel. Secondary functions like suspension maps and the lights can be managed via the center console. A motorsport dash display logs vital vehicle telemetry and takes the place of a traditional infotainment interface.

To accommodate drivers of varying sizes, even the custom-designed pedals set can be adjusted. The seats themselves are integrated into the monocoque and feature Nomex materials that are flame-resistant, along with six-point safety belts. Pagani says that the FIA-approved Ener-Core EC 50 padding of these seats conform to the body shape perfectly. Expect nothing less than exotic materials everywhere you look.

A 6.0-liter naturally-aspirated V12 engine (built by Mercedes-AMG subsidiary HWA) is at the heart of the Huayra R. It produces 838 horsepower at a screaming 8,250 rpm, coupled with 553 lb-ft of torque. That's exactly the same torque output found in BMW M division's most powerful engine, though that power plant is twin-turbocharged. What you won't find in that engine is the Pagani's 9,000-rpm red line.

All of that grunt is sent to the rear axle by virtue of a six-speed sequential gearbox. This unit weighs only 176 lbs. and features a racing clutch. Pagani did not reveal acceleration figures but a sub-three-second time is surely attainable.

Outside of the powertrain, every aspect of this "laboratory car" has been set for maximum performance. Flexural rigidity is up by 51 percent compared to the road-going Huayra, while torsional rigidity has increased by 16 percent. Suspension-wise, the Huayra R makes use of an independent double-wishbone design. Helical springs are complemented by active shock absorbers that are electronically actuated. Forged aluminum alloy has been used in the construction of the suspension to save weight.

Pagani has done it again. The team has poured over every detail to create a track car that has somehow elevated itself above the fantastic Huayra. Limited to just 30 examples - all of which have been accounted for - and at a price of 2.6 million Euros ($3.1 million), it's difficult to find anything to compare to the Huayra R. Perhaps Koenigsegg and Bugatti have the same level of mystique surrounding their own insanely powerful hypercars, but the Huayra R still stands out at something exceptional. 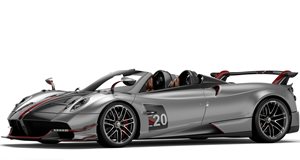 The most popular competitors of Pagani Huayra R: 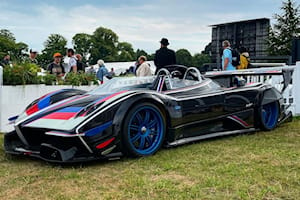 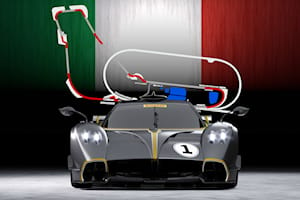 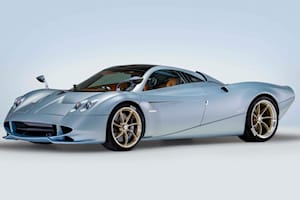 Supercars
24
Say Hello To The Pagani Codalunga: A $7.4 Million Longtail Special
The Huayra Codalunga is a bespoke Longtail limited to just five units.