Polestar's product lineup expansion continues once again. Despite only selling a single model right now (the Polestar 2), the Swedish EV brand will soon launch the Polestar 3 SUV. Following that, the Precept sedan will arrive before 2025. And sandwiched in between those two reveals is the Polestar 4.

What we know about it so far is that it will be a crossover coupe. It'll share underpinnings with the Polestar 3. Think of the relationship between the two as that of the BMW X3 and X4. The Polestar 4 should inherit all of the 3's technologies, such as batteries.

The most popular competitors of 2023 Polestar Polestar 4: 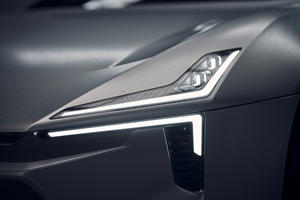 Electric Vehicles
4
Polestar Thinks It's A Porsche Rival
Time will tell on this one.
Now Buzzing