New to the all-electric segment is Rivian, and it has arrived with a bang. Along with the R1T pickup truck is this, the R1S electric SUV - it’s touted as the world’s first electric adventure vehicle. The marque’s advanced quad-motor system features an electric motor at each wheel and the peak performance figures are worth getting excited about. The quickest R1S is claimed to hit 60 mph in three seconds flat courtesy of up to 750 horsepower and standard all-wheel-drive.

Three battery pack options will be available: 105-, 135-, and 180-kWh versions, with a maximum range of over 400 miles achievable. This is also a proper SUV, though - a maximum towing capacity of 7,700 pounds and a wading depth of over three feet ensure that the R1S is about a lot more than straight-line speed. Both longer and wider than a BMW X5, the R1S stretches to over 200 inches and should offer lots of space for seven passengers and their cargo. A notable styling feature is a daytime running light that stretches across the entire width of the face. The blocky profile is comparable with a Land Rover, which could be a sign of how lofty the Michigan-based manufacturer’s ambitions are.

With Level 3 autonomous driving tech and a finely crafted cabin with dual digital displays, the Rivian looks to offer a premium driving environment that can compete with established players in the SUV segment - the luxuriously-appointed cabin certainly looks the part. Interested buyers can now preorder the Rivian R1S which carries a starting price of $72,500, undercutting the Tesla Model X. The R1S is expected to go on sale in early 2021. 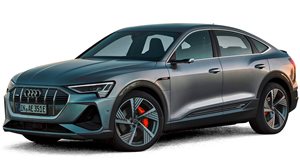 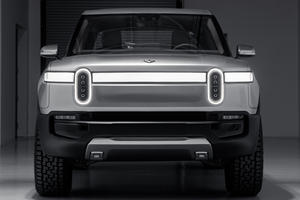 Pricing
18
Rivian Has Another Surprise Coming To Fight Tesla
Customers will certainly have zero complaints. 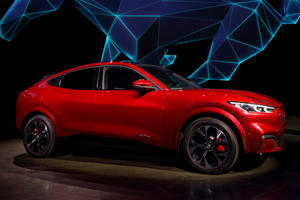 Report
4
Ford Wants To Extinguish This Mustang Mach-E Rumor
Could it still happen? 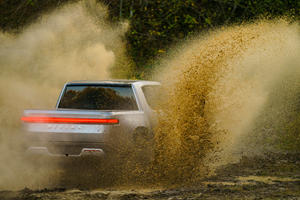 Video
9
Tesla Will Be Jealous Of Rivian's Awesome New Feature
Can the Tesla Cybertruck do this? 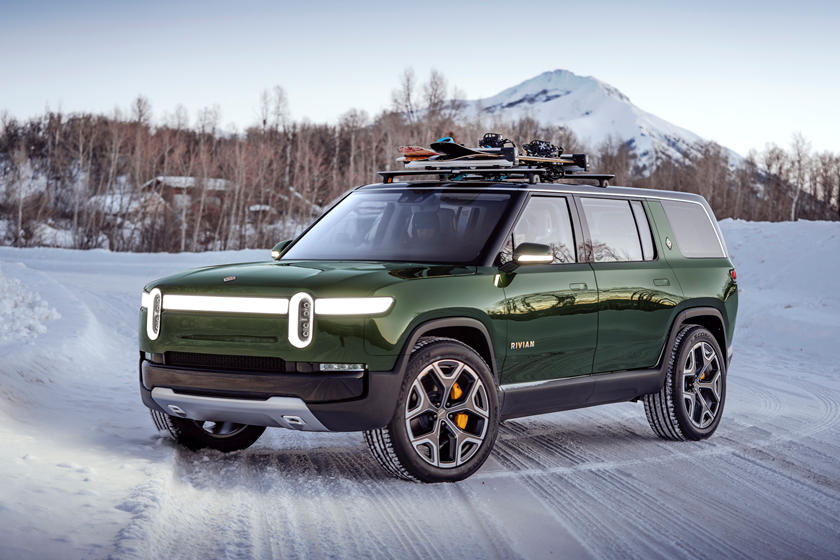 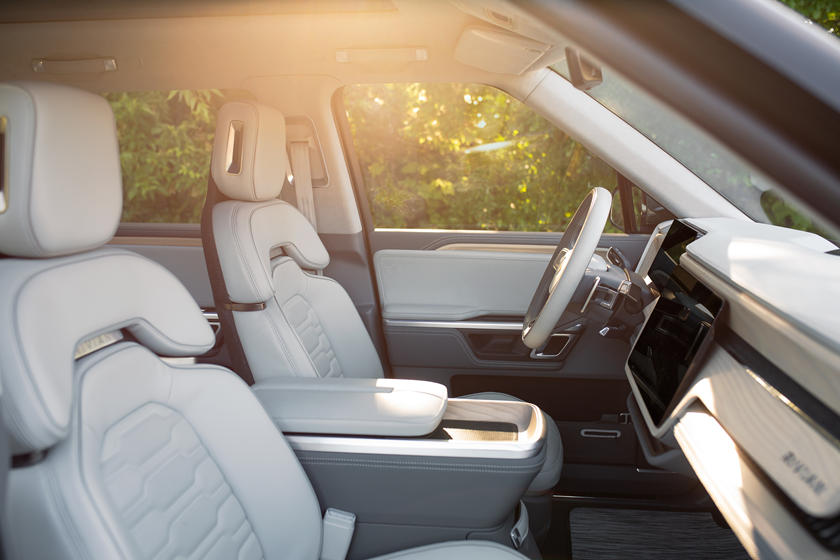