In the world of niche supercar manufacturers, you'd be forgiven for not having heard of Spyker - the Dutch manufacturer responsible for the C8 Preliator. Just 50 exist, and while it was once announced that 600-hp Koenigsegg-built engines would power the mid-engined supercar, the deal quietly fell through, leaving a supercharged, 528-horsepower Audi-sourced V8 to power the rear wheels through either a six-speed manual or automatic gearbox. Troubled history aside, the Dutch supercar is an exercise in attention to detail, with incredible aeronautically-inspired design elements inside and out creating a bespoke experience that even the Pagani Huayra struggles to match. With Lotus supplying the suspension and Audi the engine, the C8 might just have all the right ingredients. Consider yourself lucky if you ever have the privilege of seeing one in person.

140 years ago, the automaker now known as Spyker began operations in Holland. Around 20 years later, it made the Gold Carriage still in use today by Dutch royalty, but the true marking of the company's entry into the market was in 1903 when it manufactured the Spyker 60. It was the first car in history to be driven by a six-cylinder engine. The first C8 debuted nearly 100 years later at the 2000 Birmingham Auto Show, but 16 years later, the third-generation Preliator was unveiled, building on the blocks of the second-generation model and upgrading the interior and technological aspects to fit into the modern world.

Spyker's aviation heritage shines true in the design of the C8 Preliator. The sheer amount of attention to detail Spyker put into the design of this supercar is astounding, with both subtle and unmistakable nods to an intimidating fighter jet. Directly translated from Latin, "Proeliator" means "warrior", and if the moniker isn't enough to intimidate you, its aggressive front end will. The NACA ducts are inspired by aircraft air intakes and aid aerodynamics, while razor-sharp LED headlights sit high up above a large V-shaped honeycomb grille, forming a truly beautiful face. A gold coat swathes the glass canopy as used in fighter jets, and LED rear lights resemble the afterburners of fighters. The tribute to aviation rests on 19-inch Turbofan wheels.

The C8 Preliator is larger than the average supercar. It has a total length of 182.2 inches and a 107.3-inch wheelbase. Excluding the mirrors, it measures 76.9 inches from side to side and 47.3 inches from the ground up. With a curb weight of 3,065 pounds, it's either lighter or on par with most modern supercars.

This is where the waters start getting a little muddy. When the Preliator debuted in 2016, Spyker Cars announced it had sourced a 600-hp Koenigsegg V8 engine to provide power. However, four years on, and no such engine has materialized; no Koenigsegg engine has been delivered to Spyker, presumably because the Dutch automaker failed to meet the terms and conditions of the contract. This has resulted in the C8 deriving propulsion from another automaker - Audi.

A supercharged 4.2-liter Audi V8 lies midship producing 518 horses and 443 lb-ft. Drive is sent to the rear axle via a six-speed manual gearbox from Getrag, but a six-speed automatic is optionally available from ZF. 0-62 mph takes just 3.7 seconds, while the manufacturer claims a top speed of 201 mph. In truth, something like the C8 Preliator will never seem slow, but we'll always long for what could've been had the Koenigsegg deal worked out.

Thanks to very limited numbers, not many have the ability to say that they've been behind the wheel of a C8 Preliator. We wish we could, but you can't have it all. That being said, a fair whack of performance potential relies on the Preliator's impressively light curb weight and its all-aluminum space frame chassis. Low weight and torsional rigidity come together to make what we can only assume to be a car with a fantastic attitude on the road and a penchant for twisty bends. Lotus lent a helping hand for the suspension that includes front and rear stabilizer bars and anti-squat and anti-dive geometry. The result of great engineering and a powerful engine is a 3.7 second run from 0-62 mph and a top speed of 201 mph.

While no official figures have been made available for the C8 Preliator, we can only assume that it will not be kind to the environment or your fuel bills. A fuel tank capacity of 15 gallons is ample for the class.

The inside of the two-seater sports car is swathed in top-notch materials and has one of the wildest interiors on the automotive market today. Devoid of typical creature comforts, the front offers enough space for even taller adults, but even if the dimensions were on the tighter side, it would be difficult to keep that in the front of your mind when you're trying to make sense of the plethora of switches and chrome bits. The inside might not be for everyone, but we're enamored with its unique steampunk feel.

The cargo-carrying ability of the C8 Preliator relies on a frunk that offers 4.3 cubic feet of space. If you plan on taking a road trip, we hope it's a soul searching mission you plan on embarking on alone. In-cabin storage is even less promising, with a small glovebox being the only cargo-holding feature inside the sports car. Serves you right for trying to use it for anything other than a Sunday drive. For the discerning buyer, a five-piece Louis Vuitton luggage set is available custom-made to the specifications of your Spyker C8; the irony is you likely won't be able to fit the entire set in the car.

While the C8 Preliator doesn't offer much in the way of convenience, every crevice of the cabin is enclosed in the finest leather on the market. A mind-boggling array of chrome-licked switches dominate the dash, and machined Chronoswiss dials are available as an option. Turbine-style air vents are standard and improve climate control. Push-button start is standard, but you'll need to flip the ignition switch before it'll work, invoking the feeling of being in the cockpit of an airplane. An exposed gear change mechanism is a Spyker trademark, and brings forth even more Steampunk feelings. The only hint of modern technology that is present in the C8 Preliator is the multifunctional head-up display with satellite navigation.

Infotainment is relatively absent from the C8 Preliator in comparison to modern supercars of today, but Spyker added an integrated head-up display that offers navigation. Functionality has been improved over previous models with the integration of Bluetooth and Apple iPhone connectivity, but it's not the traditional Android Auto or Apple CarPlay we've become accustomed to in most machinery. Other functionality includes digital radio, while a 300-watt amplifier pumps audio through beautifully finishes aluminum-covered speakers.

No recalls have been issued for the Spyker C8 Preliator as yet, and while there is no official warranty information readily available to the public, we'd assume Spyker will ensure that all 50 of the C8 Preliators in the world are well tended to.

With only 50 produced worldwide, not one of them would end up in the hands of the NHTSA or IIHS for crash testing. Nevertheless, in addition to a highly rigid spaceframe chassis and high-performance brakes by AP Racing, you also get driver and passenger front airbags - the only legally mandated one needed.

Let's be honest, no one buys a Spyker C8 Preliator because they want the best supercar in the world - not when a Ferrari LaFerrari or Pagani Huayra is available. No, you buy the C8 because you want something unique, something that no more than 49 other people in the world can have, and something that will draw the attention of every passerby, even if it's only for them to stare and wonder "what the hell is that?" To that end, the C8 is the perfect car - stylish in its own right and exquisitely crafted inside and out. While it may lack practicality, be the furthest thing from good value for money, and lack all the mod-cons we now expect of a supercar, it's still a piece of automotive art that we'd happily add to out fictional garage collection. Of course, the lack of the originally-promised Koenigsegg powertrain is a bummer, but the supercharged Audi V8 - while aged - is still sublime, having powered the likes of the Gumpert Apollo. The aviation-inspired supercar isn't everyone's cup of tea, but it is a shot of gin for some.

🚘What's the Price of the Spyker C8 Preliator?

When it made its debut, the Spyker C8 Preliator was priced from $354,990 with the manual gearbox and excluding options and taxes. With the automatic gearbox, the C8 Preliator's asking price rises to around $356,000. It's considerably more expensive than the typical car in this league, but we've said before that its exclusivity will warrant this asking price.

🚗What Spyker C8 Preliator Model Should I Buy?

Given the ultra-rareness of the C8 Preliator, there aren't as many options as you would find in a supercar with high production numbers. Still, there are a few choices to make. The leather upholstery is available in 25 colors, but we'd opt for the Saddle interior with white honeycomb stitching and ivory leather headlining. It would also be a crime to opt for the automatic transmission as this car is one of the few in the world that offer this much power with a manual transmission as standard. To be ultra-exclusive, you can opt for a five-piece Luis Vuitton luggage set custom made to match the spec of your car. 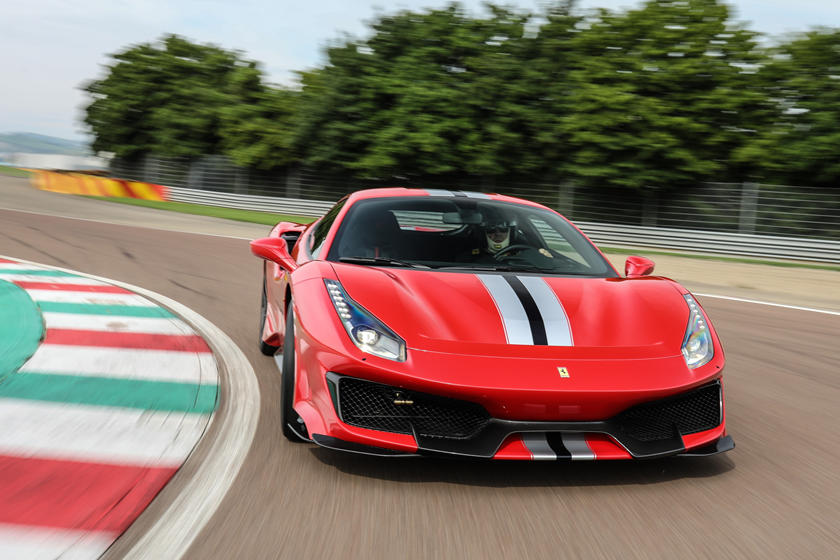 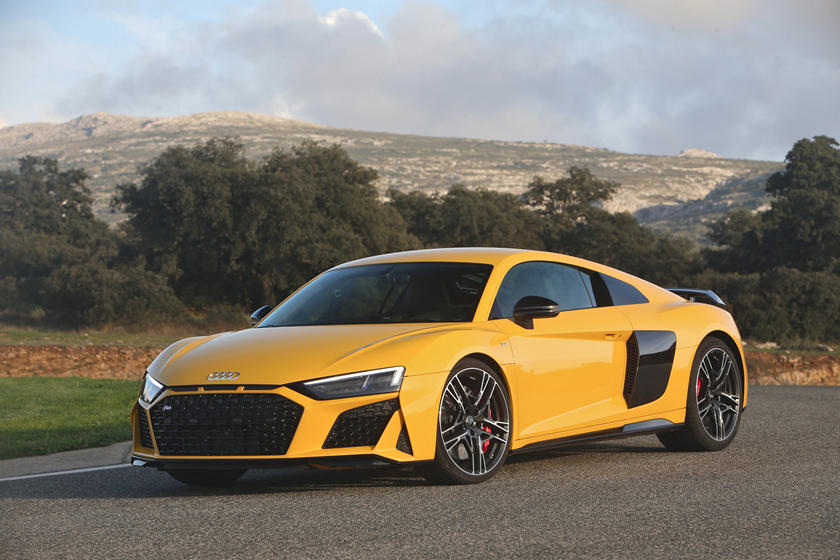 The Ferrari 488 Pista is far less expensive than the Spyker C8 Preliator and offers much higher power outputs. The Italian supercar's twin-turbocharged 3.9-liter V8 produces 710 horsepower. That being said, the 488 is one of the more mainstream track-oriented supercars out there, and the Spyker in question is far more rare and unique. While the cabin of the 488 is undeniably more modern, it's not as plush and opulent as the Preliator's. The Ferrari has more modern tech to keep it stable and buttoned-down. These two cars are completely different at heart, the Ferrari's main goal is to be a confident supercar that puts on a performance for its pilot and is accessible. The C8 Preliator challenges the idea of what a supercar should be, and is one of the most unique cars on the planet.

Worlds apart, the Audi R8 is nowhere near as luxurious as the Spyker C8 Preliator. The 5.2-liter V10 engine produces 562 horsepower over the Spyker V8's 518 horsepower, meaning that the Audi that costs nearly half the price of the Spyker is more powerful. The German-bred supercar also offers a far more modern interior but isn't half as deluxe on the inside. The R8 embraces technological advancement while the Preliator aims for old-school charm. Both have their merits and will likely appeal to very different buyers, but it will prove far more difficult to get one's hands on the Preliator than it will to acquire an R8. Audi's flagship supercar is available to anyone that has $169,900 lying around, and the Spyker's limited numbers make it exclusive and very challenging to get in your garage. 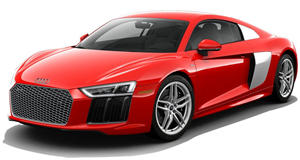 Check out some informative Spyker C8 Preliator video reviews below. 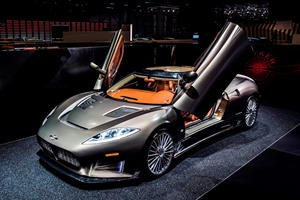 Sports Cars
9
Spyker Is Back And It Has Some BIG News
The Dutch car company went AWOL for a while. 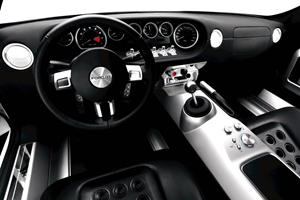 Car Culture
152
Coolest And Craziest Modern Car Interiors
From the sublime to the ridiculous. 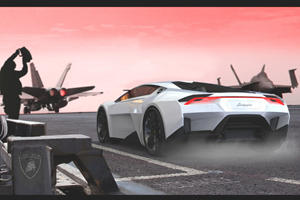 Car Culture
27
Cool Cars Inspired By Airplanes
Cars that fly down the road. 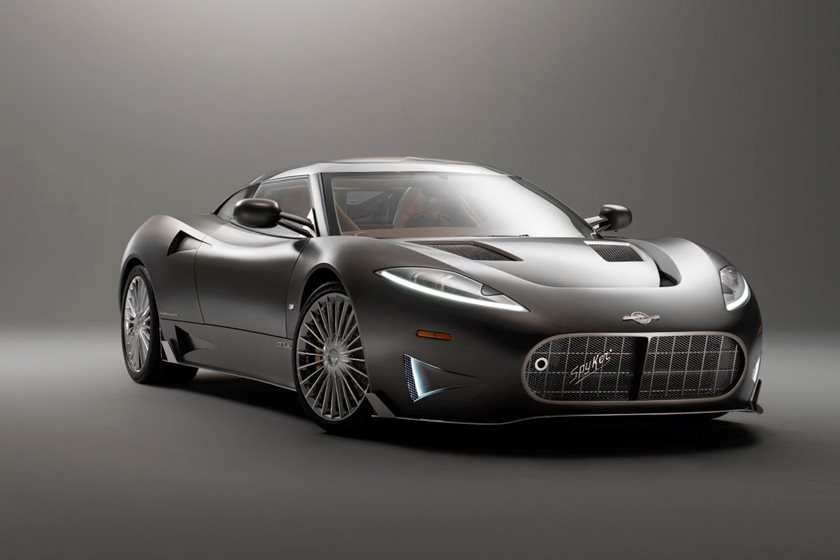 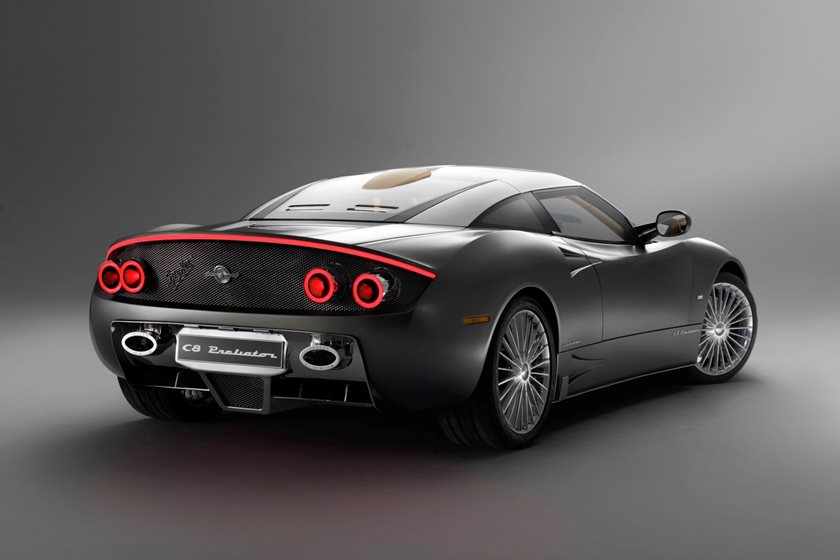 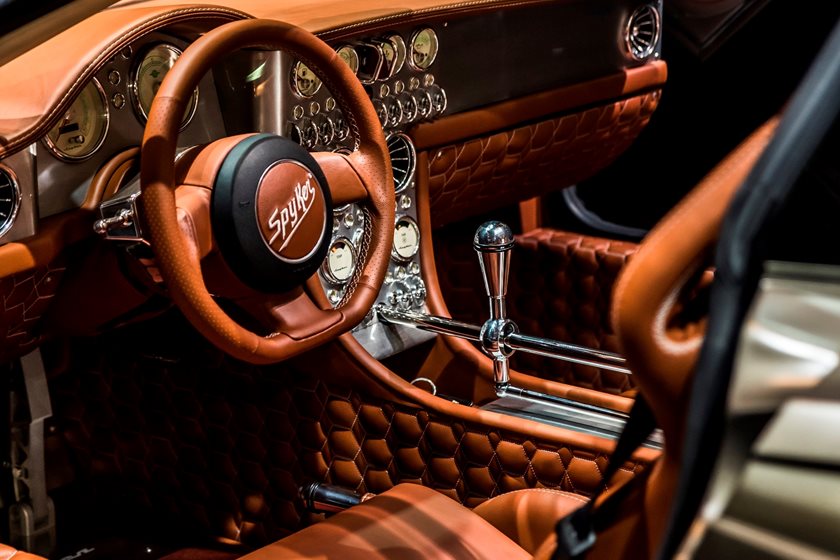