Just picture it: You're in a sports car with a targa top cruising down a scenic route, the setting sun guiding your path, and the warm breeze blowing through your air; it’s glorious. There aren’t many people that will get to experience the pleasures a premium vehicle with a convertible or removable roof has to offer. But if you're one of the lucky few in the market for a cool open-top cruiser, consider one with a targa top. Cars with this body style feature a detachable roof midsection with one or two split panels that can be removed to make the most out of those warm, sunny days or nights without sacrificing structural integrity or rollover protection.

Here is our list of the best targa top cars in the USA: 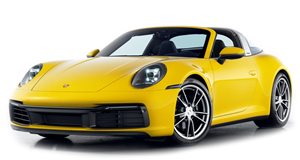 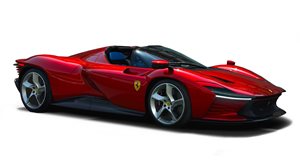 Characteristics of Cars With Targa Tops?

Not quite the same as a standard convertible with a retractable roof, cars with targa tops have the following features:

What to Consider Before Buying a Targa Top

Driving and/or owning a sports car with a targa top comes with its fair share of good and bad qualities:

What’s the difference between a targa top and T-top car?

The two terms may be used interchangeably sometimes, but this is actually an error - the two are not the same. While both are considered semi-convertible cars, targa top cars have solid removable panels from just above the windscreen, and a fixed rollbar to which this is attached running the width of the car. T-tops generally have two separate roof panels above each seat with a t-shaped bar running the length of the cabin, too. There aren’t any T-top cars in production, currently.

Of all the targa top models, which is the fastest?

The Tesla Roadster is the fastest and quickest roadster with a targa in the world. The SpaceX Tesla Roadster is capable of reaching 60 mph from a standstill in just 1.1 seconds and continuing to 100 mph in 1.9 seconds.

For the most part, yes. In fact, targas are actually safer than regular convertibles, since manufacturers have added reinforcement to the roof and body. Targa cars come equipped with a specialized roll bar that's been designed to protect occupants in the event of a rollover.

Are there any new cars with targa tops, or is it an outdated style?

Some of the best targas over the years include the Acura NSX-T and the Chevrolet Corvette. And, while the style is not overly popular, the latest variations on this style include the Toyota GR Supra Sport Top and the Porsche 911 Carrera 4 GTS Targa - and, more recently, the Ferrari Daytona SP3, which shows off the targa style beautifully with its removable hardtop.

Can you make any car a targa top?