We are currently at a crossroads in the motoring world with various propulsion technologies vying to grab market share from the once unassailable dominance of the internal combustion engine.Some are clearly stopgap measures, offering a compromised solution until something better comes along. Toyota believes that that something better is their Mirai hydrogen fuel cell vehicle. 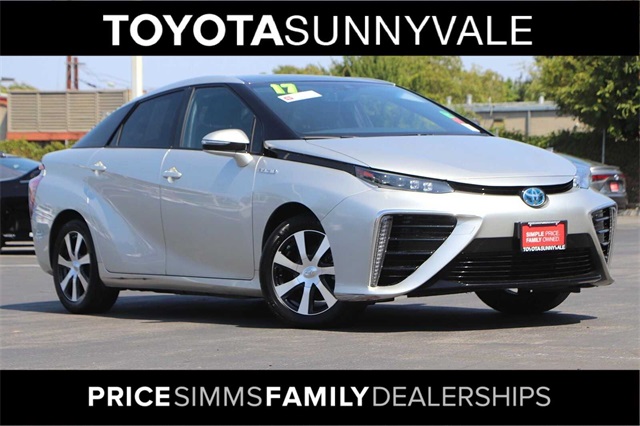 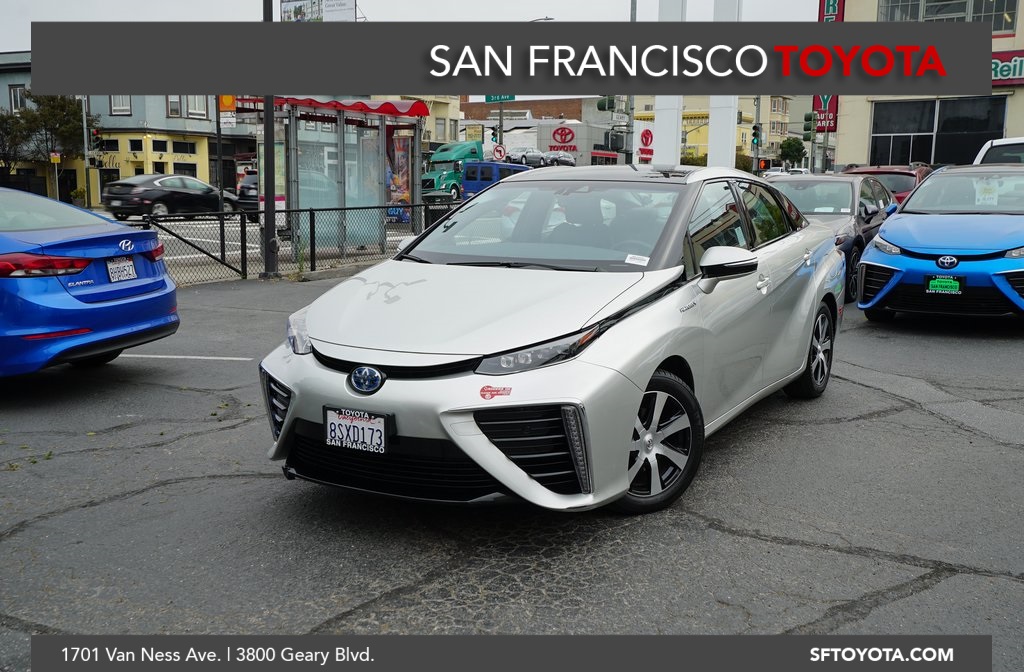 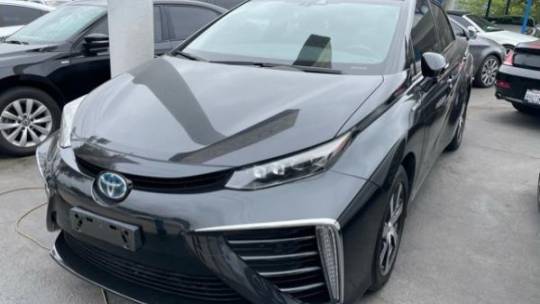 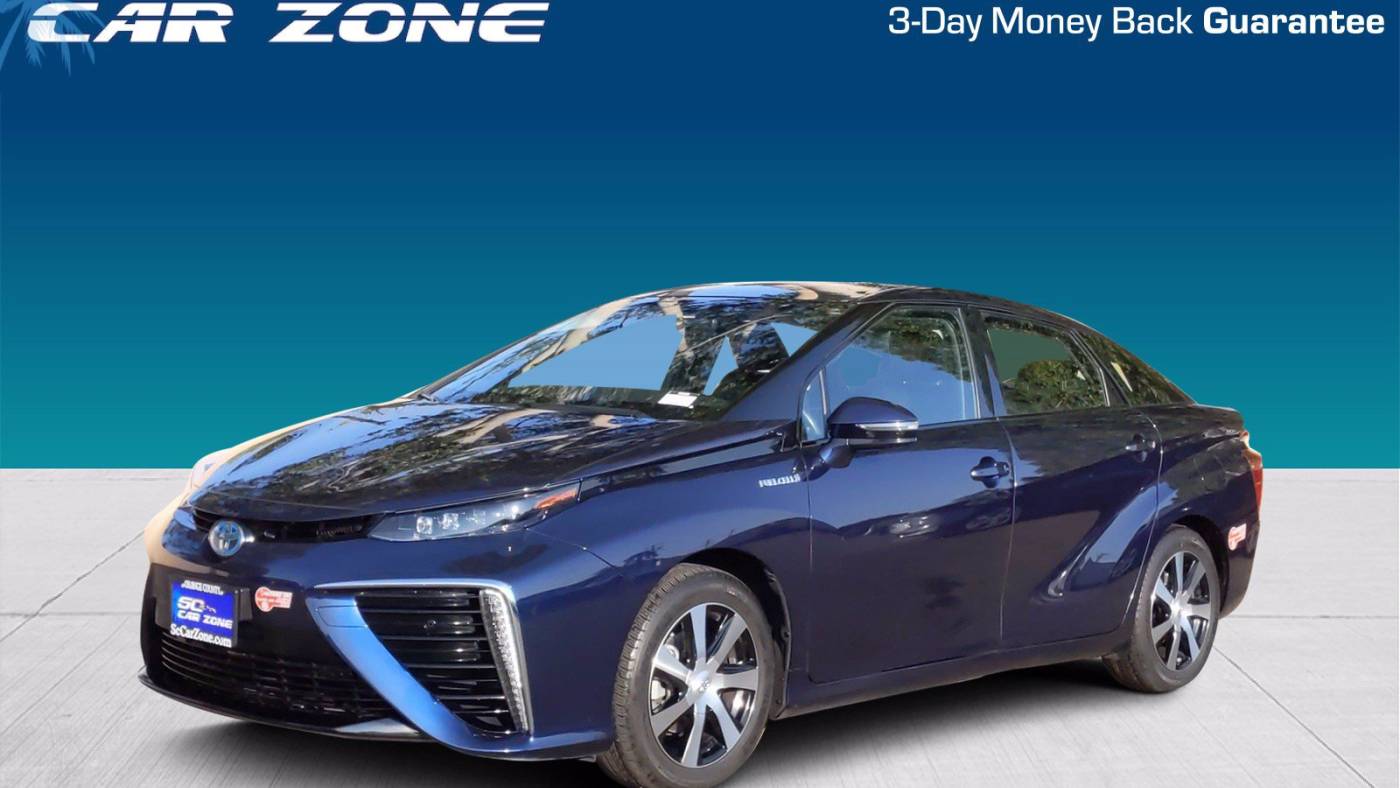 Utilizing an electric drivetrain that is charged by a hydrogen fuel cell rather than a wall charger, the Mirai promises big improvements in range, charging times and environmental friendliness over pure electric alternatives. The Mirai remains unchanged for 2017.

The Mirai's interior mirrors its futuristically styled exterior styling cues. A large sweeping dashboard and twin stack center console screens dominate the cockpit. A smaller central digital dashboard sits up close to the windshield although Prius owners will find a lot of commonality here. The material quality is acceptable when compared to a mid-range family sedan although it does not fare so well when viewed in context of its steep asking price, or indeed the plusher Honda Clarity.

The Mirai is spacious enough up front relative to most other cars in its class, although as one of the fuel cells is placed below the rear seats, rear headroom can be a problem for taller passengers. The other of the two hydrogen tanks and the battery are placed under the trunk and with no rear seat fold down facility the cargo carrying capacity is rather limited.

How does it drive?

The Mirai's overriding goal is to provide safe and comfortable transport for up to four passengers while validating the benefits of its revolutionary drivetrain design. Bearing that in mind, it offers acceptable handling capabilities and a smooth and relaxed ride over most surfaces.Weighing in at over 4000 pounds, the Mira is no lightweight and it loses its composure if you attempt to hustle it around bends or push it to its limits. It is at its best cruising city streets and highways at a leisurely pace where its near silent cabin and soft ride are best appreciated.

What about the performance?

The Toyota Mirai is powered by a 151-horsepower electric motor that puts out 247 lb-ft of torque. A single-speed direct drive transmission powers the front wheels and this combination provides just about acceptable performance with 60 mph arriving in 9.3-seconds. Overtaking ability is enough to get by most slower moving highway traffic.

It would be easy to dismiss the Mirai as an also-ran if its sedate accelerative abilities were compared to similarly priced gasoline powered vehicles but that would be missing the point entirely. And against its only real rival, the Honda Clarity, its performance is right in the ballpark.The EPA combined consumption figure is 67 MPGe and with 3 years of free fuel, running costs will be limited to basic consumables for most owners.

What are my options?

Currently the Mirai is more of an exploratory first attempt by Toyota to assess the viability of its hydrogen fuel cell technology than a global challenger to hybrids and electric vehicles. This means that each Mirai is identically specced and there are no available options save for a choice of 6 exterior and two interior colors.

The existing hydrogen charging infrastructure in California means that this is the only state the Mirai is currently sold in.

Mirai means 'future' in Japanese and that is exactly what this fuel cell vehicle is giving us a glimpse of. The limited availability and recharging infrastructure as well as the steep price tag make it a niche offering that is an investment in tomorrow's technology for the select few.

That said, if you live in the Golden State, then the Mirai is a competent family sedan that offers a desirable blend of economy and modern technology.

Toyota ushered in the age of the mass-produced petrol/electric hybrid with the Prius and there are few more capable companies to lay the groundwork for what could be the dominant powertrain technology in the coming decades. 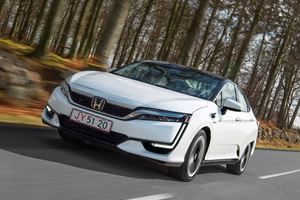 Opinion
12
Hybrid Vs. Hydrogen - Where Does The Future Lie?
What will drive the future of mobility? 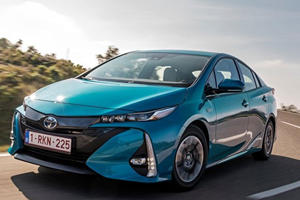 Technology
7
Toyota Planning To Challenge Tesla, Or At Least Try To
And it's armed with new battery technology. 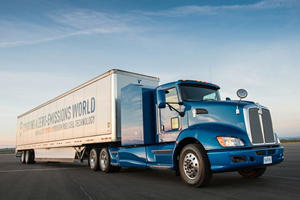 Trucks
16
This Hydrogen-Powered Toyota Semi-Truck Produces 1,325 LB-FT Of Torque
And more than 670 hp.

Spy Shots
What Is Ferrari Hiding With This Mysterious New Prototype?