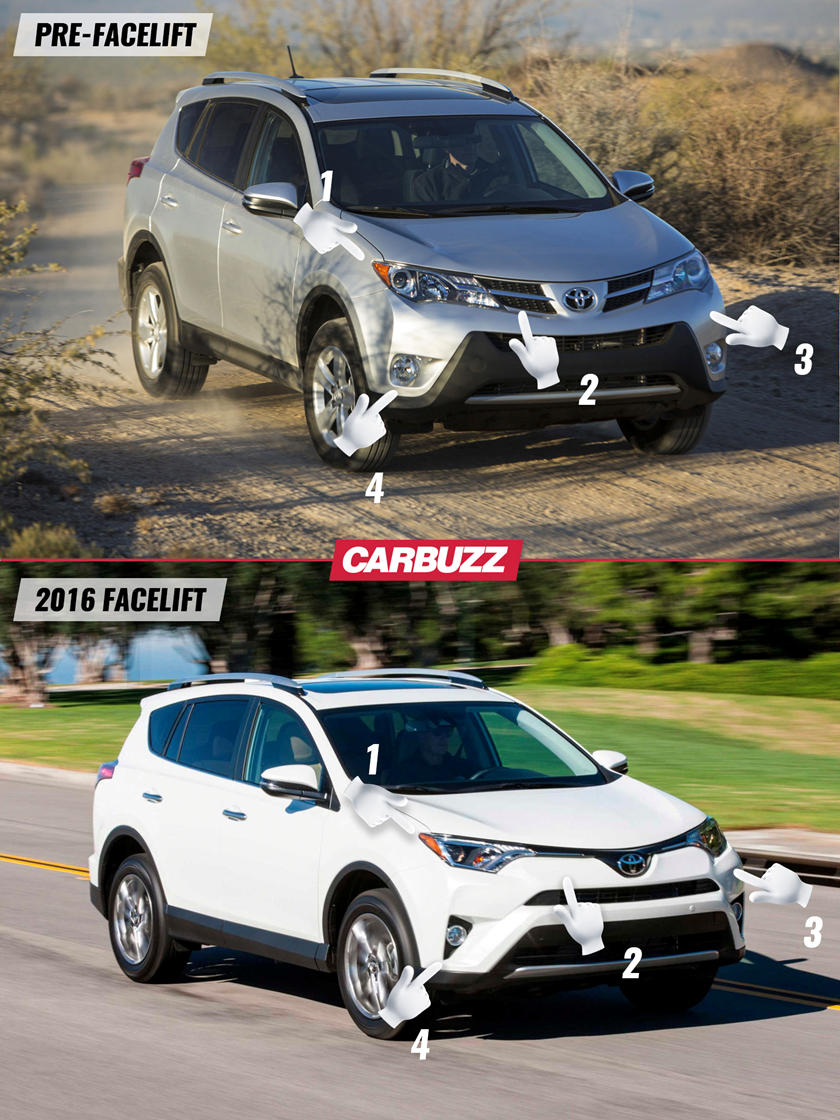 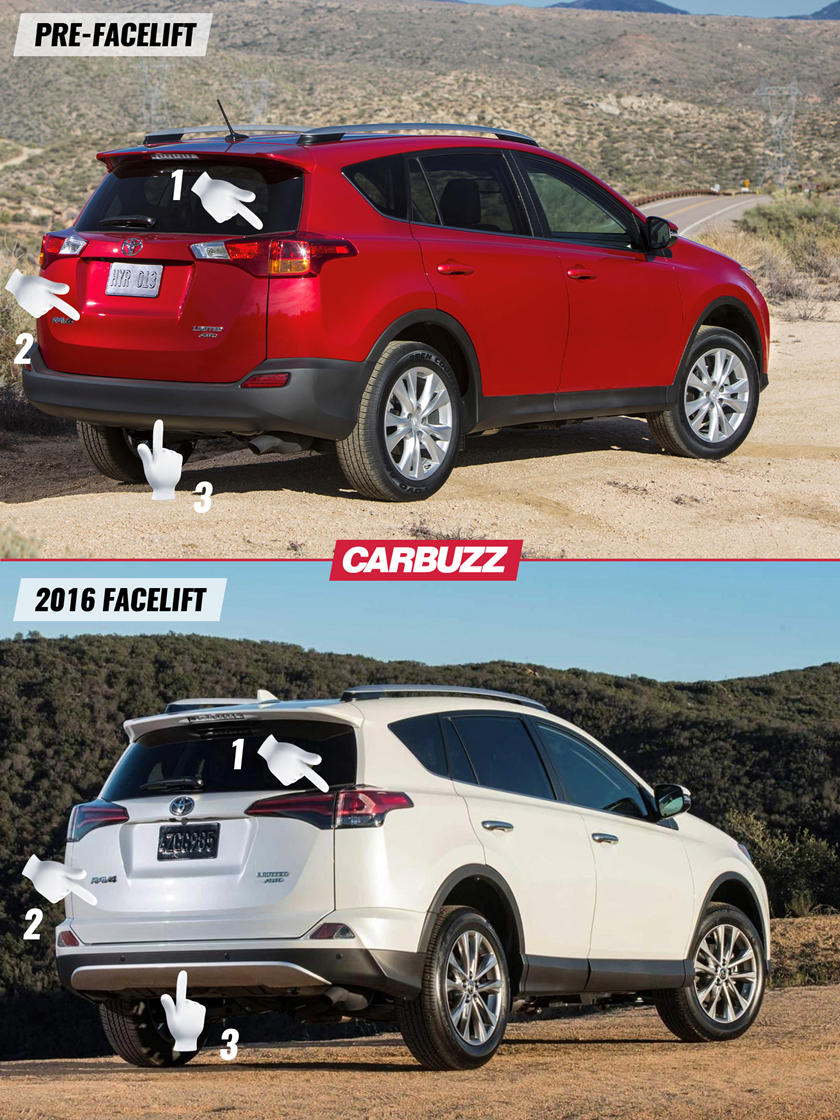 There are new LED taillight clusters with a smoked look and a two-color finish - the indicators now present as clear lights and only light up orange when lit1. There is also a revised tailgate that is styled into the rear bumper2, and a new rear bumper with silver skid plates on some trims3. 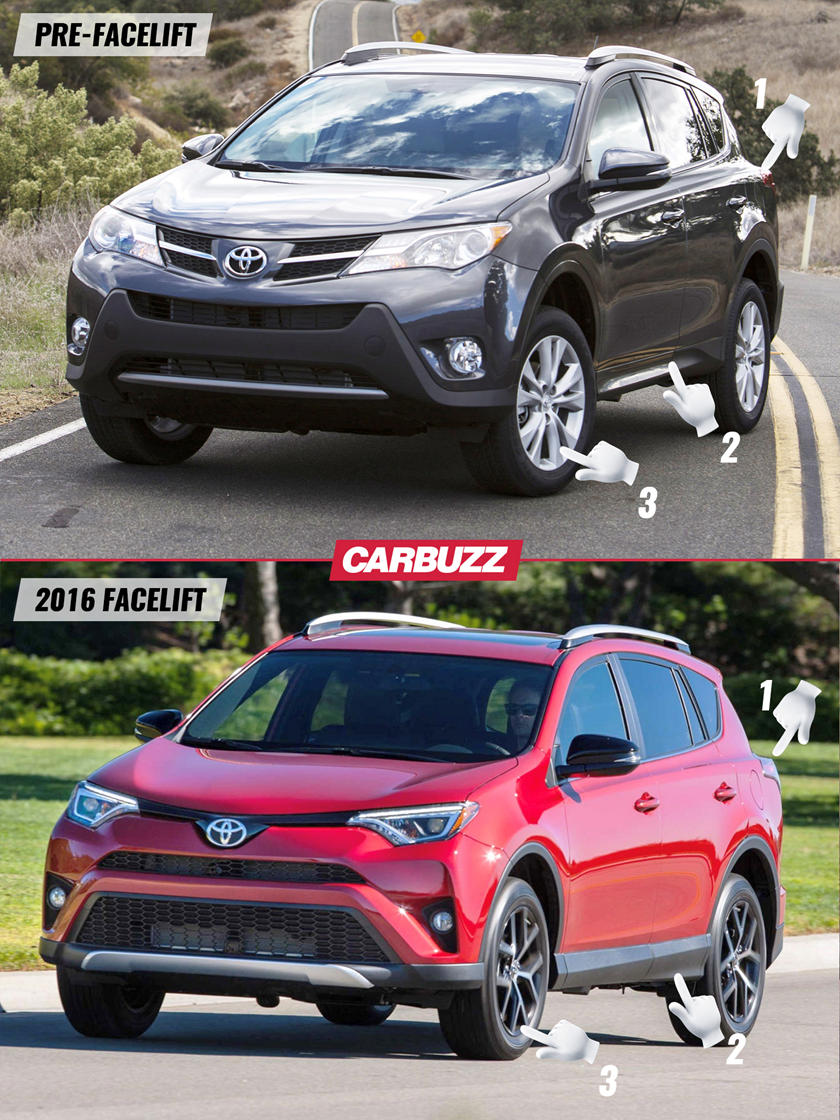 The revised front and rear treatment can also be spotted from the side, especially the smoked wrap-around taillights1. New rocker panels that now stand out from the bodywork with a center crease that gently slopes upward can also be seen2, as well as the new alloy-wheel designs3. 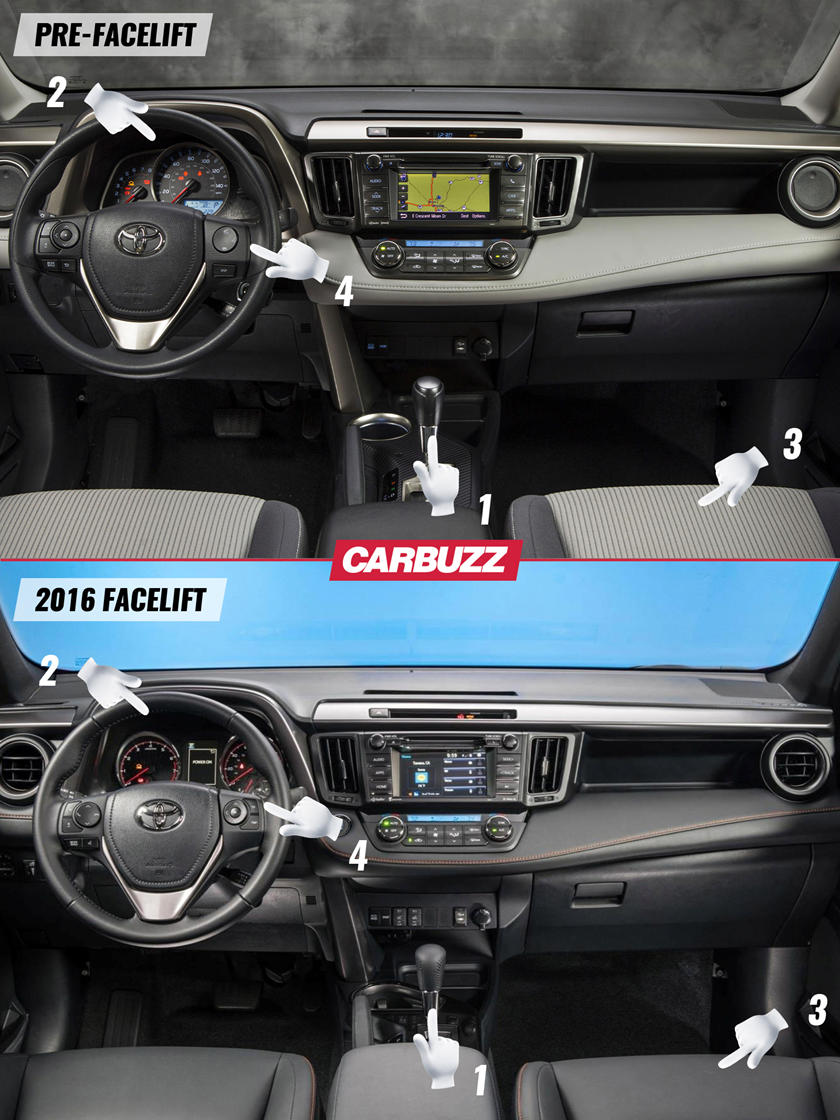 The interior never really felt upmarket, but Toyota makes an effort and adds some soft-touch surfaces to key points and higher-quality materials. The cupholders can now accommodate even tall mugs with handles and there is a sunglass holder and a restyled gear shifter too1, as well as additional 12-volt and USB ports. The gauge cluster is also updated2 and the new SE trim benefits from SofTex leatherette upholstery as standard, a black headliner, and red dial pointers3. The 2018 RAV4 dashboard, multi-information display, odometer display, and steering-wheel buttons were largely the same as that of the 2016 facelift4.

At launch, the Toyota RAV4 fourth generation was available with one engine - a 2.5-liter naturally aspirated four-cylinder with 176 hp and 172 lb-ft of torque - mated to a six-speed automatic transmission. Front-wheel drive was standard on all trims and all-wheel drive optional. Combined EPA fuel economy was 30 mpg for FWD and 29 mpg for AWD models. In terms of the 2013 Toyota RAV4 gas-tank size and miles-per-gallon ratings, the former stayed at 15.9 gallons, just like the 2012 model, but the latter was improved from 24 to 26 mpg on the combined cycle for the FWD four-cylinder. The 2016 and 2017 Toyota RAV4 gas tank size stayed the same, but fuel economy dropped to 25 mpg combined.

The 2016 model year saw the addition of a hybrid variant with an Atkinson-cycle variant of the same 2.5-liter gas engine mated to an electric motor and CVT transmission for a combined output of 194 hp and a combined EPA consumption figure of 32 mpg.

The EPA's real-world fuel-economy figures published for older vehicles such as the XA40 RAV4 makes for some interesting reading and often demonstrates how modern turbocharged engines perform relatively poorly in real-world conditions. However, while there is no turbocharger in sight on the fourth generation RAV4, it is also unable to match the official claims of 25-26 mpg with actual, user-reported gas mileage ranging from 22.7 to 23.7 mpg. The hybrid gets far closer though, with a combined EPA figure of 32 mpg achievable in real-world driving according to independent tests. User figures are not yet published by the EPA for the hybrids, because not enough data is available.

Judging by the NHTSA scores, the fourth generation RAV4 seems hardly any safer than its predecessor, scoring the same four stars overall for most tests except for the side crash, which garnered five stars. It fared well at the IIHS though, with the 2013, 2015, and 2018 models scoring a Top Safety Pick award and the 2016 and 2017 models a Top Safety Pick+. Every Toyota RAV4 4th generation review generally reports favorably on safety. The 2014 model is missing here because it provided inadequate protection in the small-offset crash test. Toyota strengthened the driver's side in 2015, explaining 2016's good result. However, the passenger side was not strengthened and all model years fare poorly in the passenger-side small-offset test. From the outset, all fourth generation models came with stability control, a backup camera, tire-pressure monitoring, and seven airbags, including a driver's knee airbag. Blind-spot monitoring and rear cross-traffic alert were only offered as an optional extra at launch and only on the Limited trim. Additional safety features were added over the years and by 2018, even the base model came as standard with the Toyota Safety Sense P suite, which includes forward-collision warning, automatic emergency braking, adaptive cruise control, lane-keep assist, and automatic high beams.

The RAV4 kicked off with three trims for the 2013 model year, namely LE, XLE, and Limited. This remained unchanged until the 2016 facelift, when the sporty SE trim was added, as well as the Hybrid and Limited XLE. In its final 2018 model year, the SE and Limited were dropped and Hybrid LE and Adventure trims were added. 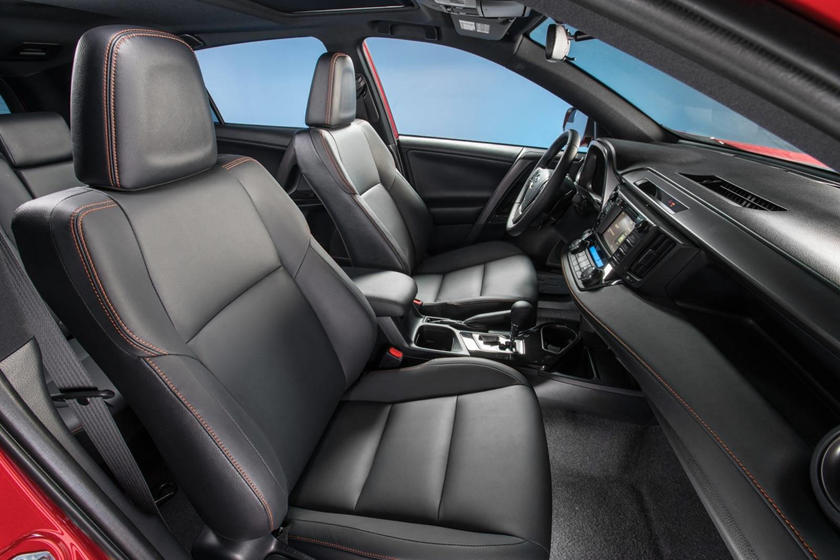 The 4th generation Toyota RAV4 might have lost its predecessor's third row, but ample space remains. In fact, there is so much room inside that tall adults will fit easily, even in the back and even three abreast won't have too much to complain about over short distances. Cargo capacity is generous for this class, with 38.4 cubic feet available with the rear seats in use and 73.4 cubes with them folded down. The hybrid models do have a little less luggage space due to the under-floor hybrid gubbins, but it's not impacted too badly, their figures being 35.6 and 70.6 cu. in., respectively.

The core trims over the years were the LE, XLE, and Limited, with the SE added as a 2016 model, the Platinum as a 2017 model and the adventure as a 2018 model. The hybrid range started with the 2016 facelift and by 2018, there were four hybrid trims: LE, SE, XLE, and Limited. The LE is rather sparsely equipped and is thin on safety features unless you opt for the 2017 model. Equipment and amenities improve as you go up through the range and in the newer model years, but leather upholstery and smartphone integration are notable by their absence across all trims and years. The SE was a misstep, with unnecessarily harsh suspension in the type of vehicle that does not have to be sporty.

The RAV4 is the top-selling passenger vehicle in the US after trucks and as such, there are hundreds of thousands of them on US roads. It stands to reason that strong local sales over the past 50 years means that Toyota is firmly established in this country and this is borne out by its footprint of nearly 1,500 US dealerships. It is also known for building tough and reliable cars and the RAV4 XA40 should give long and trouble-free service if properly cared for. People usually want to know if the 2013, 2014, 2015, 2016, 2017, or 2018 RAV4 has a timing belt or chain and the answer is that it has a chain, which should last a long time if the car is frequently serviced.

The RAV4 should be serviced every 10,000 miles or 12 months, at which time the engine oil and filter must be replaced. Toyota stipulates that vehicles that are used under special operating conditions should have their oil replaced every 5,000 miles; these conditions include driving on gravel roads, towing, extensively idling (such as in taxi, police, or door-to-door delivery work), and repeated trips in subzero temperatures. At each of these services, the tires must be rotated and the following items must be inspected: all fluid levels, the wiper blades, and the braking system. Frequent oil replacements are a cheap and easy way to keep your engine ticking over reliably for years and it avoids problems with premature wear, the degradation of variable-valve-timing and cam-drive systems, as well as sludge formation. The same is true for the transmission and a transmission-fluid check should be performed at every service.

Keep in mind that battery packs degrade over time, but the hybrid models' batteries should last at least ten years or 100,000 miles. The vehicle's AWD system also relies on the battery, as the rear wheels are not driven by the engine at all. If you buy a RAV4 Hybrid that is close to the ten-year mark or has close to 100,000 miles on the odometer, make sure to budget for a battery-pack replacement and negotiate a lower price to allow for it. The lower the average temperatures in your area, the more quickly the battery will degrade. Toyota guarantees the hybrid components for eight years or 100,000 miles, whichever comes first. The replacement cost for the drive motor battery pack in the 2018 RAV4 Hybrid is more than $3,500.

The RAV4 is generally very reliable and 2013, 2014, 2015, 2016, 2017, and 2018 Toyota RAV4 door-lock, headlight, starting problems, and other defects are generally rare. Toyota RAV4 2013 automatic transmission problems were reported and seemed to have been sorted out by the 2016 model year. By 2018, Toyota RAV4 common problems such as battery, engine, hybrid, Bluetooth, and suspension problems were rarely reported. Some other minor problems that may crop up has to to with the 2013 Toyota RAV4 power liftgate and glove-box, so test these items before you buy. These problems affect later years to a lesser extent. Unless a quick and reliable diagnosis can be done, it is best to avoid any 4th gen 2013 RAV4 with its Check Engine and/or AWD light on. There are enough well-cared for examples out there, so you don't need to take the risk. Also keep in mind that a Toyota RAV4 oil leak may be from either the engine or transmission, which could indicate further problems or dangerously low fluid levels. 2016 and 2017 RAV4 Hybrid problems are usually rare, as are those for the final 2018 model year, and affect the same areas as other RAV4s; the hybrid system seems to be very reliable. So far, there is no early-model 2013-2015 Toyota RAV4 airbag recall - the years most likely to have been affected by defective Takata airbags. By the end of its life, there were few 2018 RAV4 complaints and it was very reliable. The only 2018 Toyota RAV4 recall work that had to be done was the replacement of a label that indicates an incorrect load-carrying capacity.

The two posers that stand out as being most compromised are the SE and Adventure. The former is unnecessarily harsh and not as sporty as it looks and the latter is not really an off-road vehicle and even comes in FWD, so the extra money it costs goes on looks and not ability. You'll hardly notice the extra 0.4 inches of ground clearance on a dirt track. The Platinum was too expensive when new, but offers a great suite of luxuries if you can get a good deal on a 2017 model and offers lots of the modern mod-cons people expect - except of course smartphone integration.

Often, the entry-level model is the dog in the range, but the LE is perfectly adequate if you don't mind doing without various luxury features. That said, safety is important in a family vehicle and we won't consider anything older than a 2017 LE that at least has all the most important safety and driver-assistance features as standard. Still, the plastic hubcaps and manual air-conditioning remind one of its base status and most people would be happiest with the XLE. Go for a 2017 model, so you'll not only get the facelift, but also the full safety suite, upgraded infotainment system, and navigation.

The fourth generation RAV4 banks on its reliability, fuel efficiency, roominess, and available hybrid models for its appeal. Its infotainment systems aren't cutting-edge and you can forget about Apple CarPlay or Android Auto, but it does what Toyotas do best - transport you in a modicum of comfort and refinement, reliably, for years on end. On top of that, the facelift looks good and the last models' standard features are generous compared to most of their contemporaries. 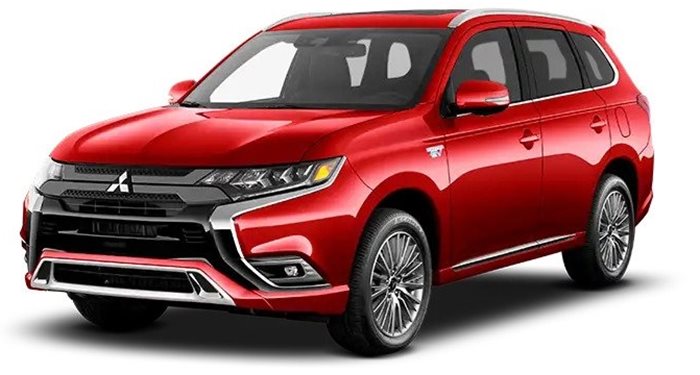 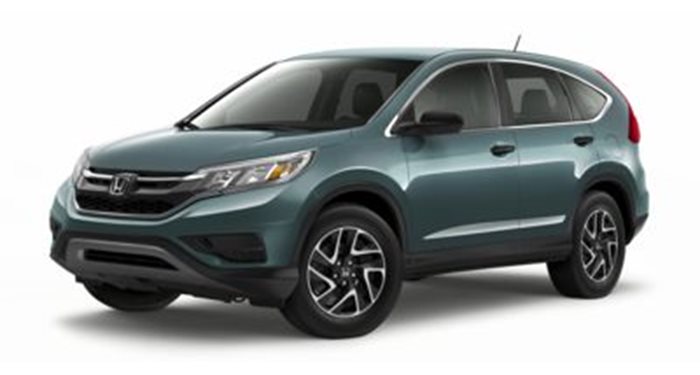 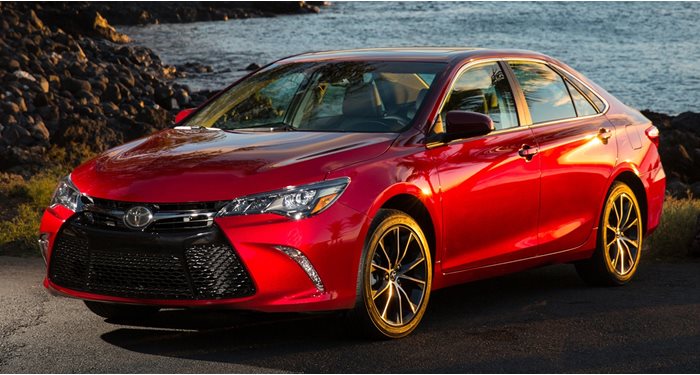 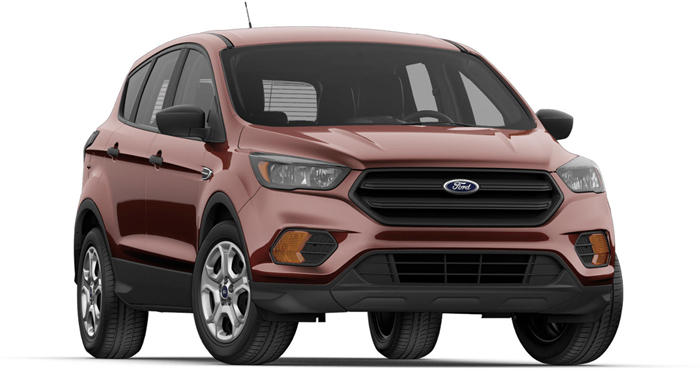 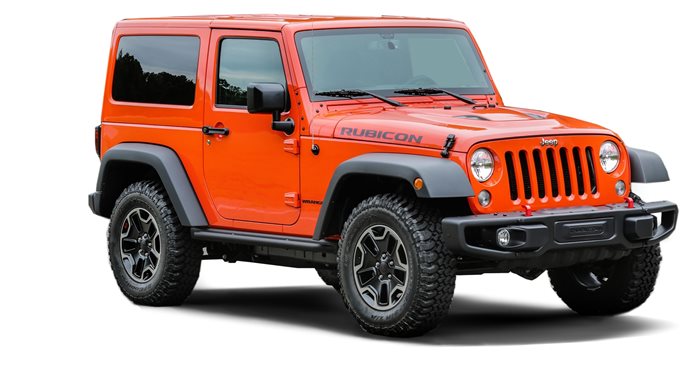 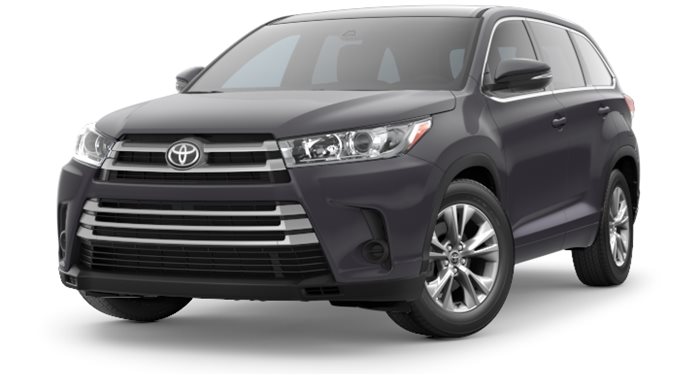 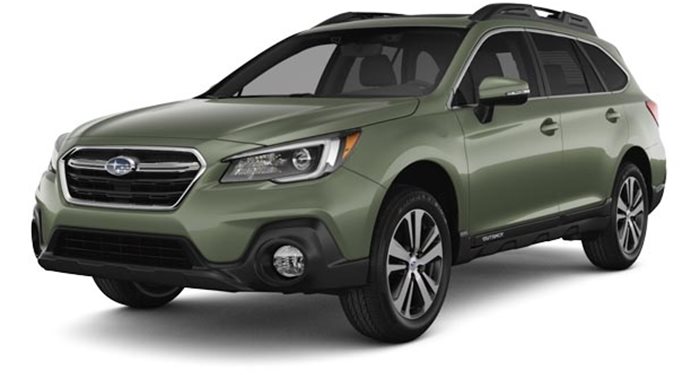 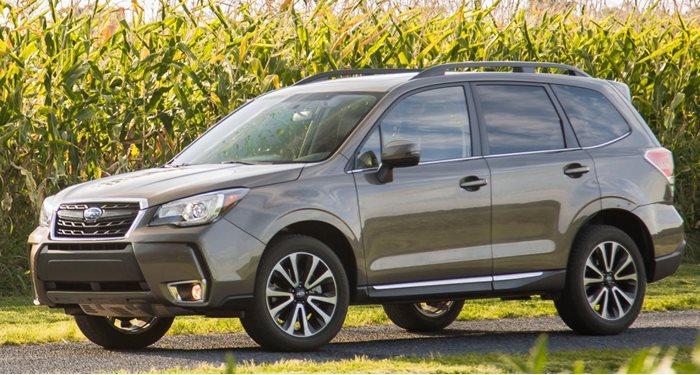 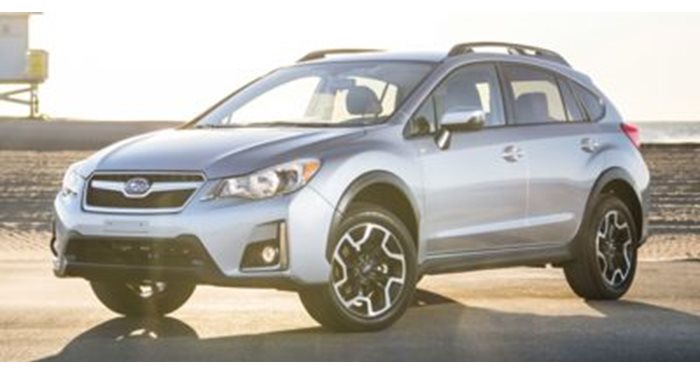 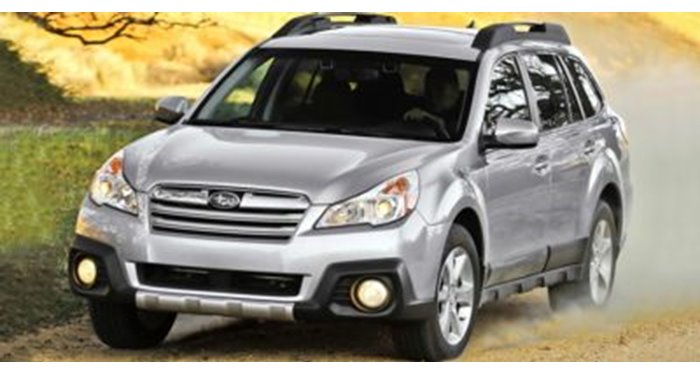