Ten years ago, the third-generation Sienna "Swagger Wagon" debuted. It was far more stylish than its immediate predecessor but in recent years its age has started to show and, lo and behold, the all-new fourth-generation has arrived.

Introducing the all-new 2021 Toyota Sienna, an even more stylish family-hauling minivan that has also become a hybrid-only model. Gone is the naturally-aspirated V6 replaced by an inline-four gasoline-hybrid. And yes, the new design still has plenty of swagger. Over the past few years, minivans have been losing popularity as families have drifted to crossovers, which are now readily available with three rows of seats. However, these bigger crossovers do have their limitations, mainly in cargo capacity and often tight third-row space. Minivans, however, provide owners with space for both occupants and their stuff along with dual sliding doors for even easier access.

Could the all-new Toyota Sienna be part of a new generation of minivans capable of luring back some CUV owners? On paper, it definitely looks that way. 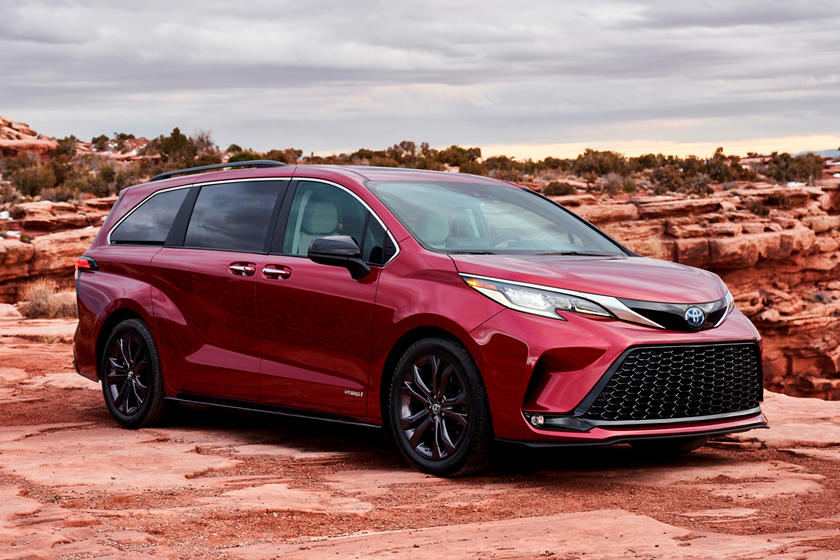 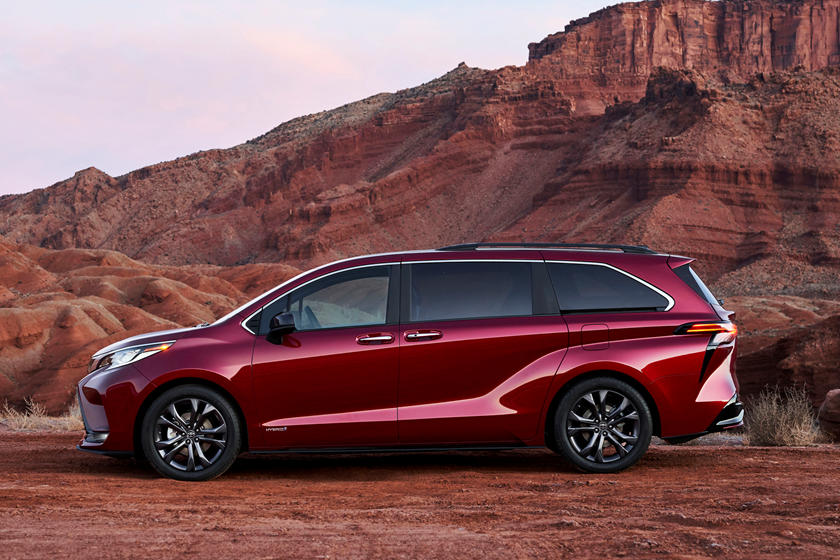 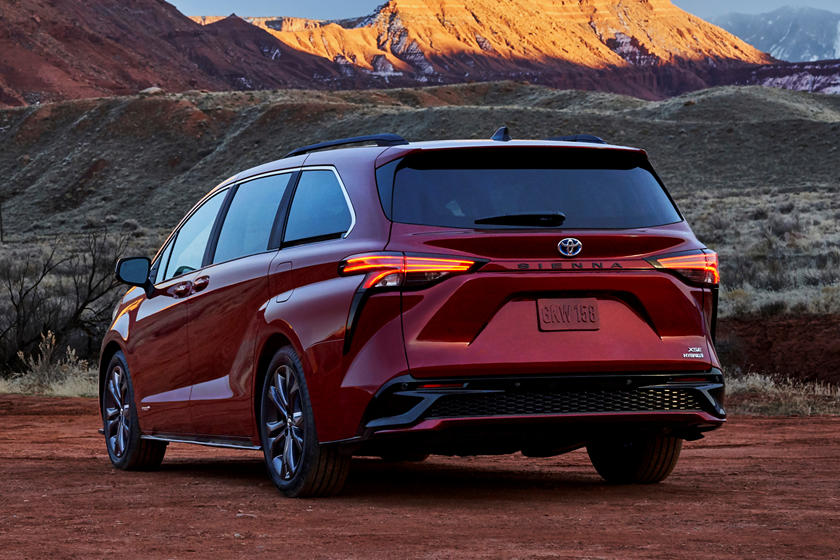 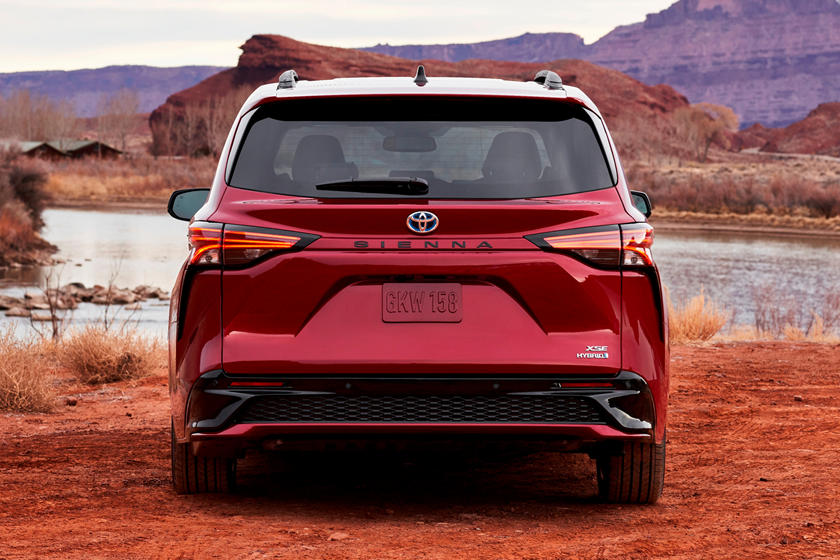 A Stylish And Curvy Exterior

The first thing you need to know about the 2021 Sienna is that it's new from the ground-up. It's built on the automaker's TNGA-K platform which, in slightly modified versions, also underpins the Toyota Highlander, RAV4, and Camry. Toyota engineers, however, optimized the architecture for improved body rigidity. Instead of the old-fashioned boxy exterior, the new Sienna features a highly sculpted body from every angle. The front end design, for example, was inspired by the Shinkansen Japanese Bullet Train. The slim headlights are stretched towards the sides to further complement that fast train look. Meanwhile, the LED fog lights have been pushed to the lower corners.

Out back, the sleek taillights flow directly into the sculpted body. There's also an integrated taillight canard that improves aerodynamic performance. It also looks pretty cool. There's even an integrated spoiler on the tailgate. The sporty XSE model adds 20-inch split five-spoke wheels and more aggressive front and rear bumpers. As far as exterior styling goes, the new Sienna has definitely kept its swagger and then some. 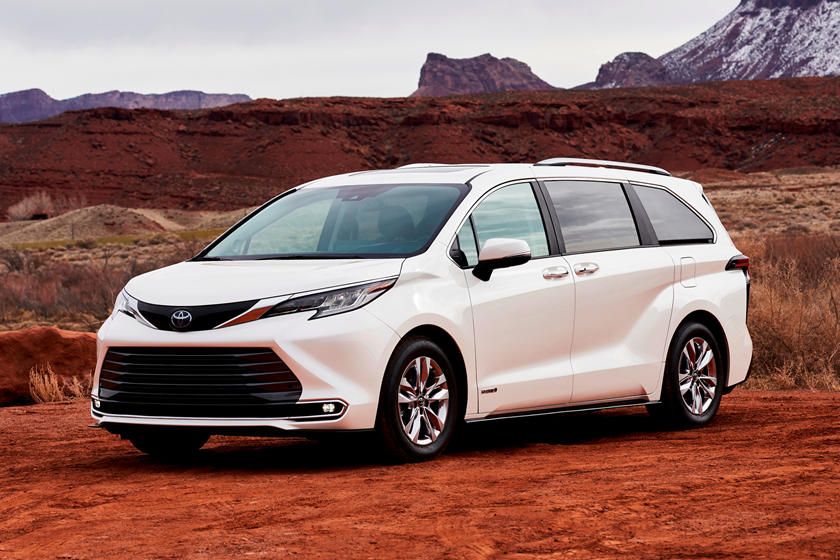 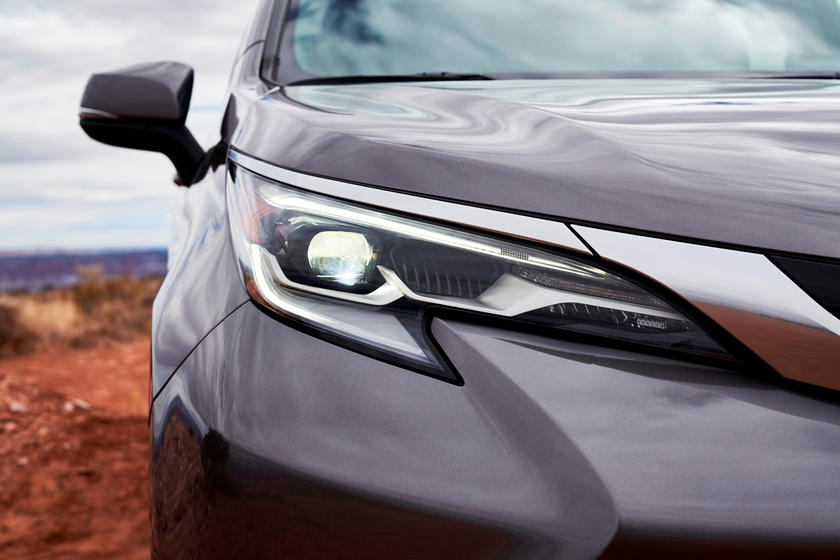 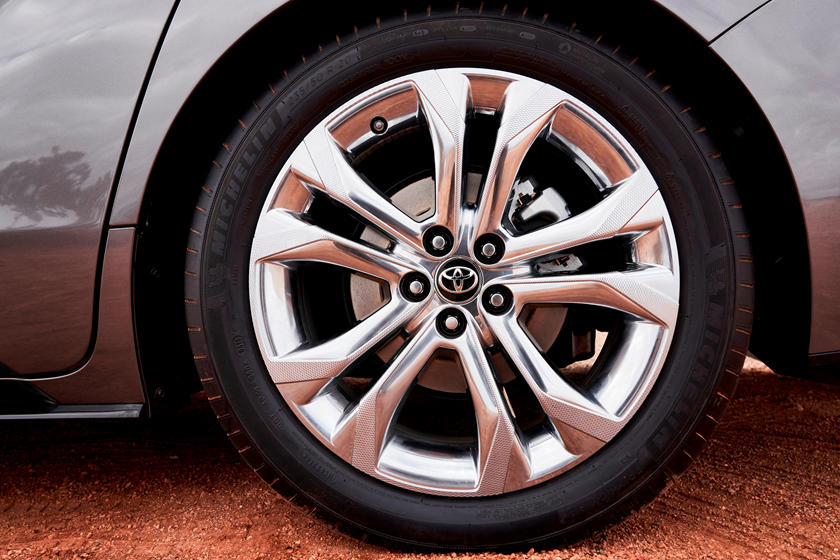 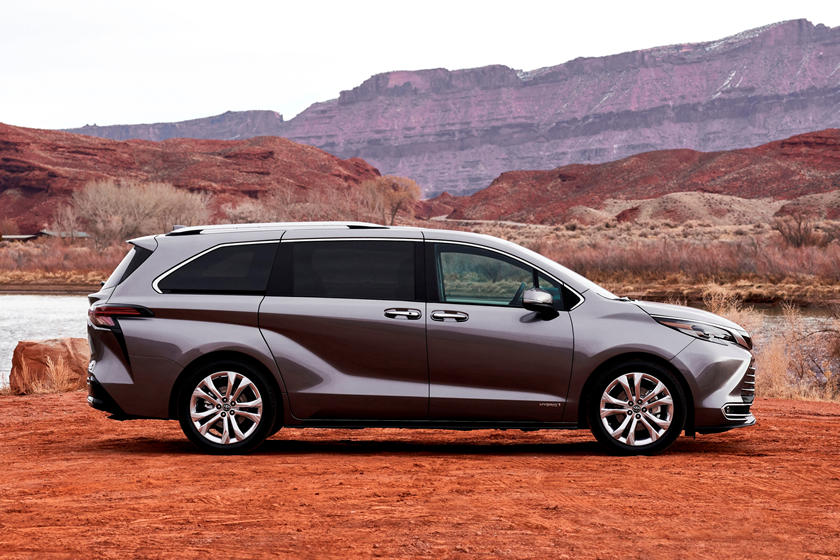 There Are How Many Cupholders Inside?

The reason why people buy minivans is because of the ample amount of space and conveniences they offer, like lots of cupholders. The new Sienna has up to 18 of them. And seven USB ports. Unlike most other minivans, the Sienna features an innovative 'Bridge Console' that's positioned high between the driver and front-seat passenger for easier access to the instrument panel. This results in things like the center console-mounted gear shifter, storage bins, and optional wireless charging being located closer to both individuals. Beneath the bridge is another big storage compartment that can fit a bag or purse.

A nine-inch touchscreen is standard, as are six speakers, Apple CarPlay, Android Auto, and Amazon Alexa compatibility. Buyers can also tack on the available JBL premium audio system with a total of 12 speakers on the XLE and XSE trims and is standard on the Limited and Platinum models. Other new premium features include an onboard vacuum and refrigerator, digital rear-view mirror, and a ten-inch color head-up display.

To further improve space, there are optional 'Super Long Slide' second-row captain chairs that slide 25 inches for even more legroom and cargo flexibility. LE and XLE trims have a total of eight seat configurations with two captain's chairs, a long slide second row, and a stowable middle seat. Limited and Platinum trims, however, have seating for seven because of the Long Slide second-row captain's chairs. 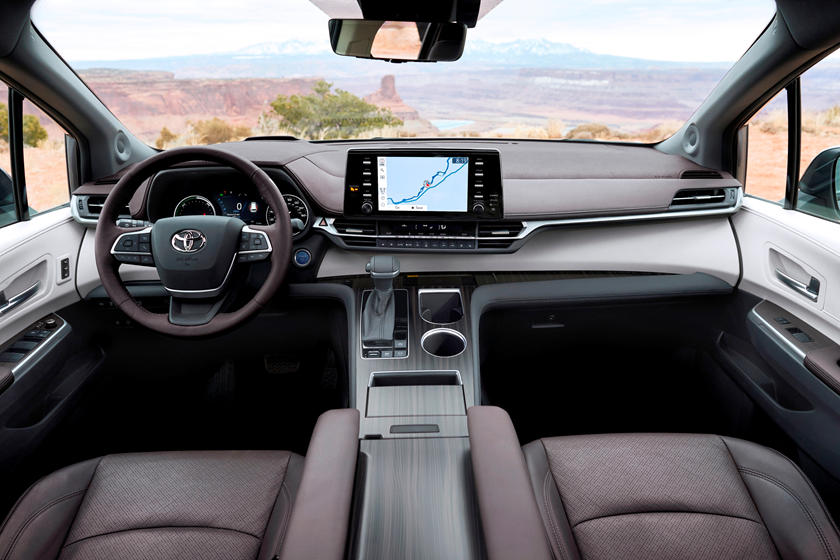 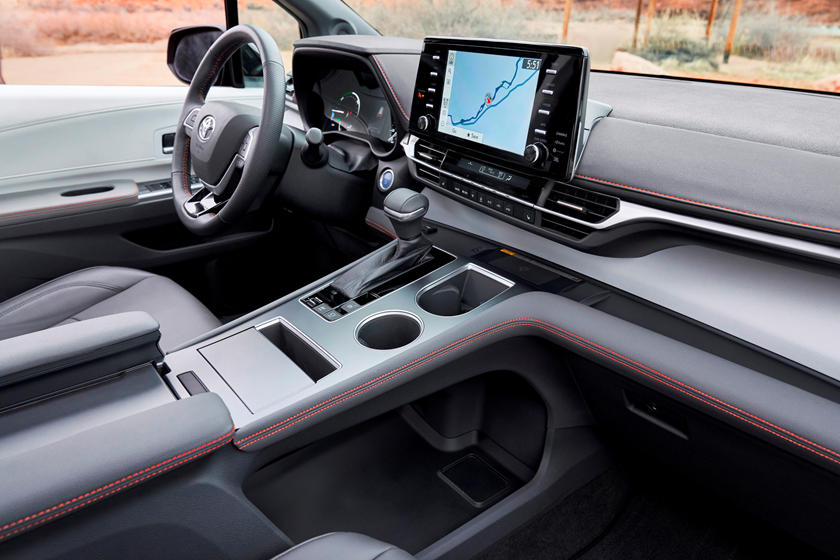 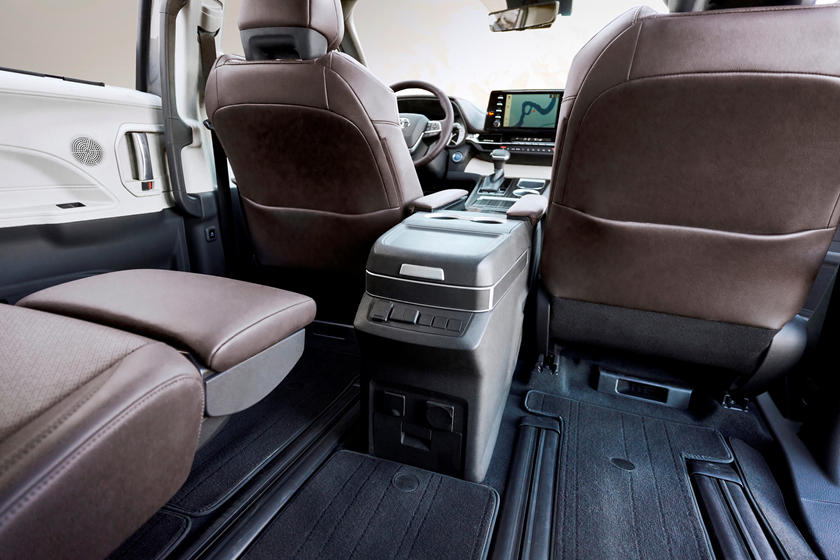 For the first time ever, the Sienna is now a hybrid. The sole powertrain is a 2.5-liter four-cylinder engine paired with two electric motors for a combined output of 243 horsepower. A CVT gearbox is also standard for all trims.

Speaking of which, the Sienna utilizes an optional electronic on-demand AWD instead of a heavy transfer case. This AWD system features a separate independent electric motor that powers the rear wheels once extra traction is needed at any speed. Up to 80 percent of the power is directed to the rear wheels to prevent front-wheel slip. Also, there's no need to charge the hybrid battery pack because the regenerative braking system automatically does the task. Even with AWD, Toyota estimates a combined 33 mpg rating, thus making the Sienna the best-in-segment for fuel economy. Drivers will have a choice of four driving modes: EV, Normal, Eco, and Sport. 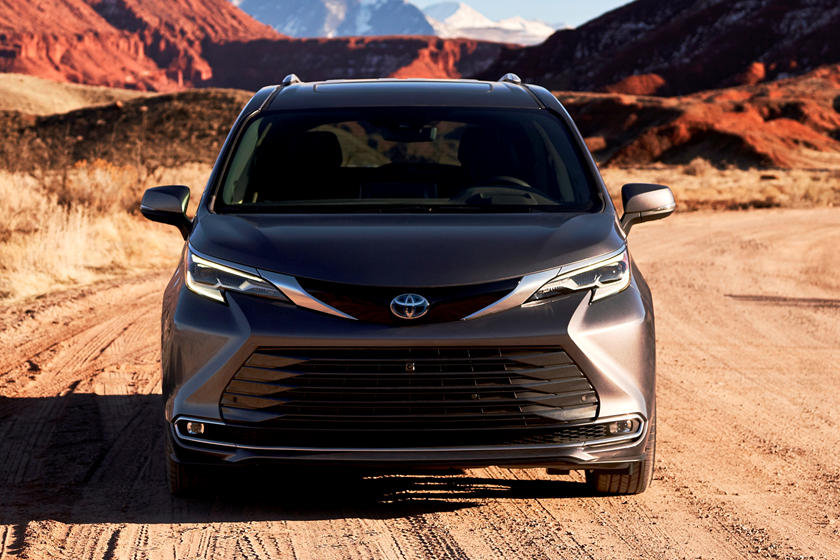 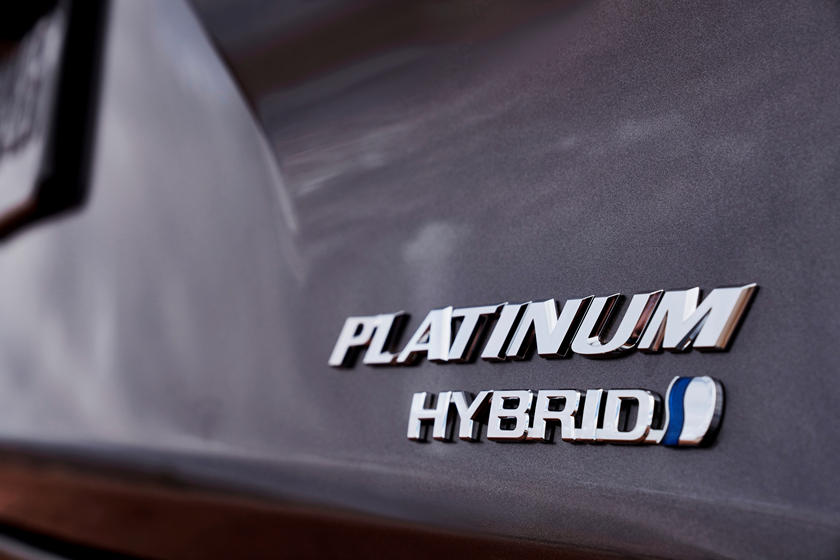 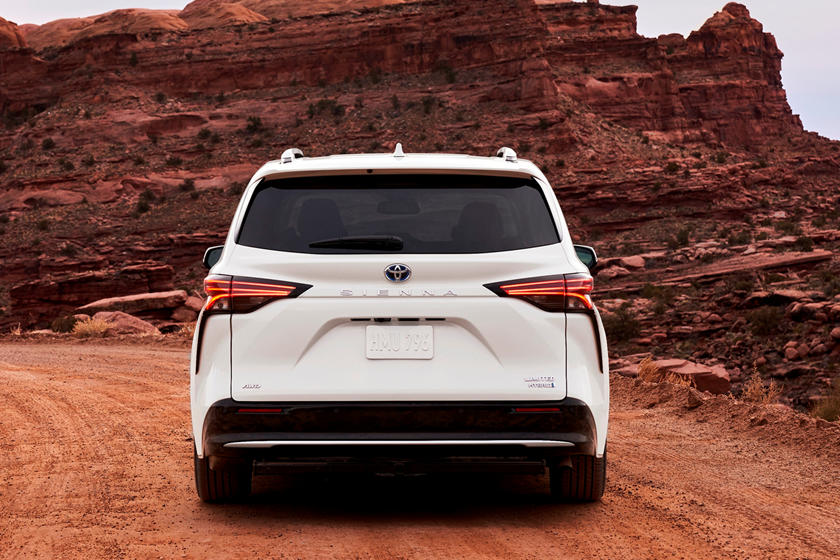 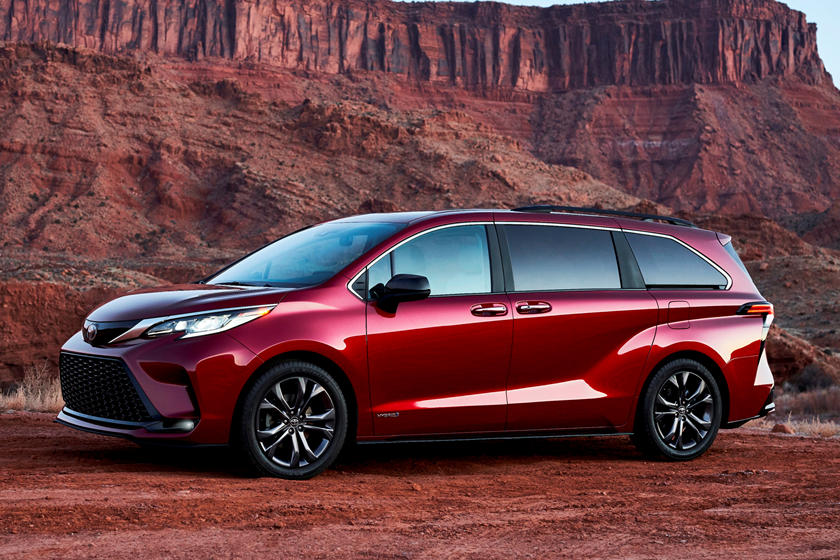 Although American brands like Chevrolet and Ford have abandoned the minivan segment, Chrysler is still very much in the game. The Chrysler Pacifica and Pacifica Hybrid, as well as the budget-oriented Chrysler Voyager are three of the new Sienna's main rivals. There's also the highly regarded Honda Odyssey and Kia Sedona. All of these minivans offer plenty of seating and storage capacity which most crossovers don't. With all of the newly added premium features, additional style, and standard hybrid powertrain Toyota gave its minivan, we can easily see it luring away not just rival minivan customers, but also crossover owners.

As of this writing, Toyota has not announced official pricing or a launch date, but we can confirm the all-new 2021 Toyota Sienna will be built in the US. The outgoing model started off at about $32,000 and could go as high as $50,000. We expect its successor to have a similar price range. 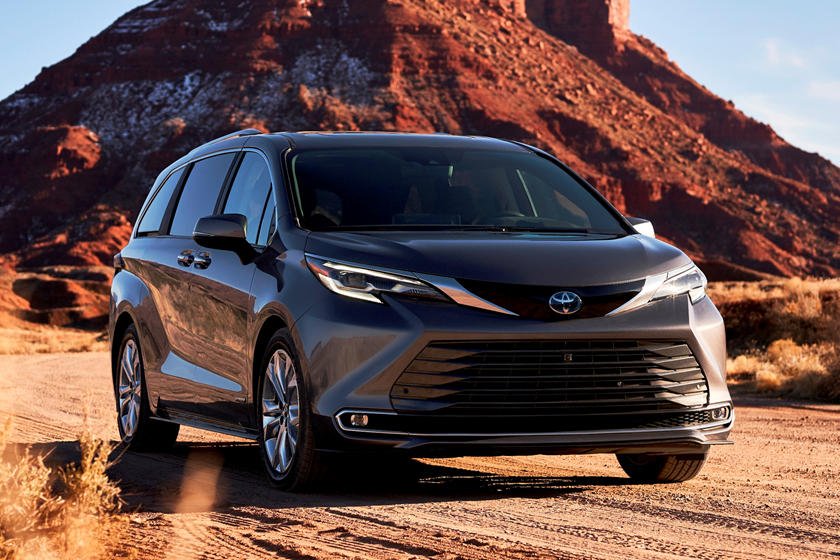 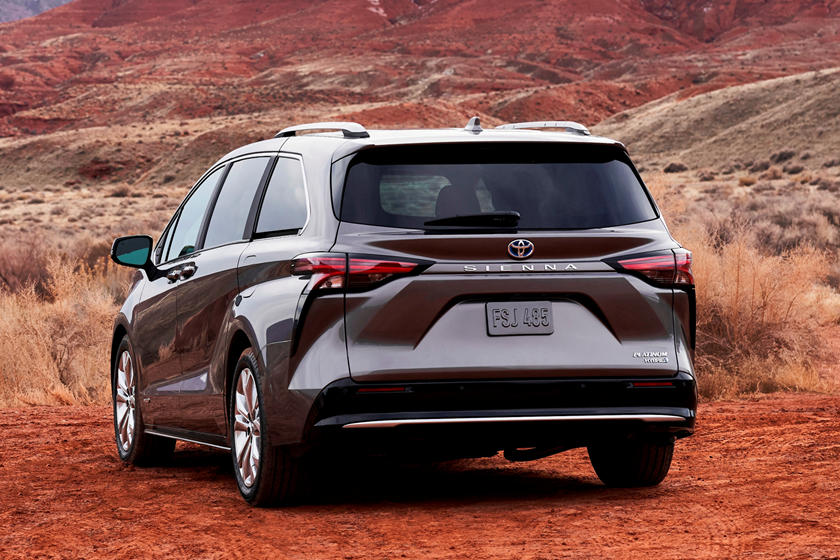 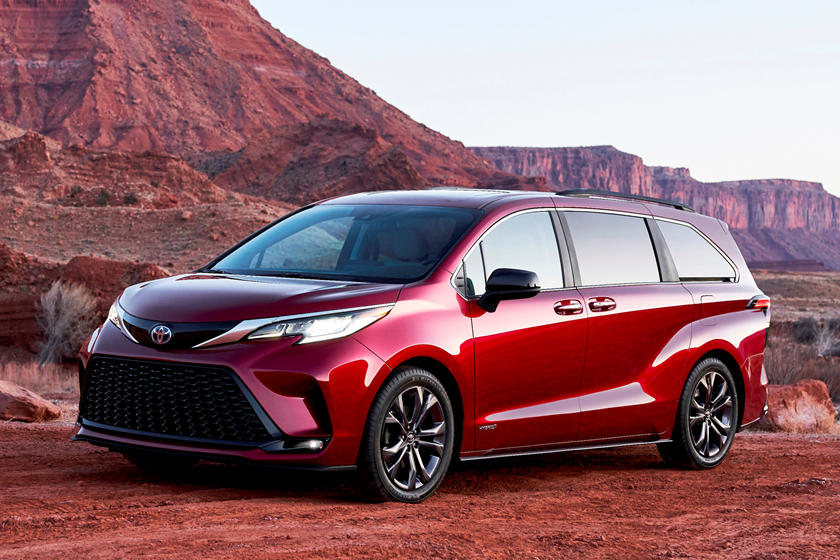 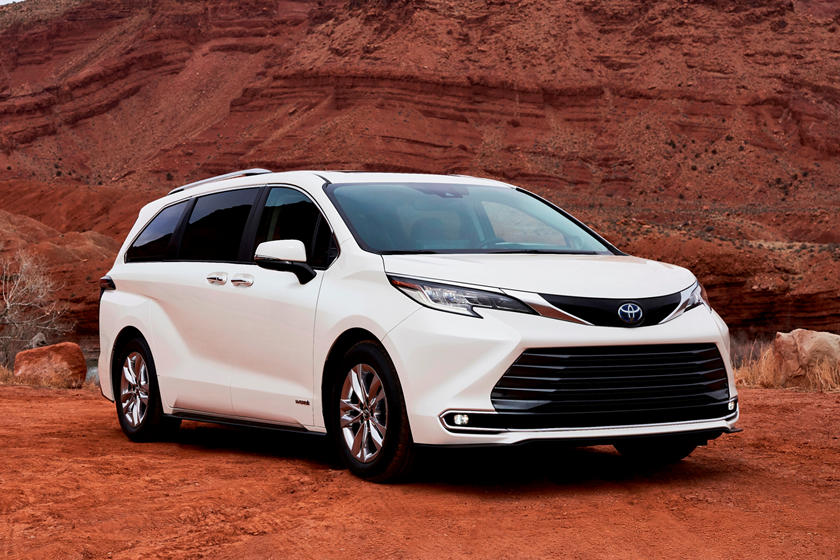 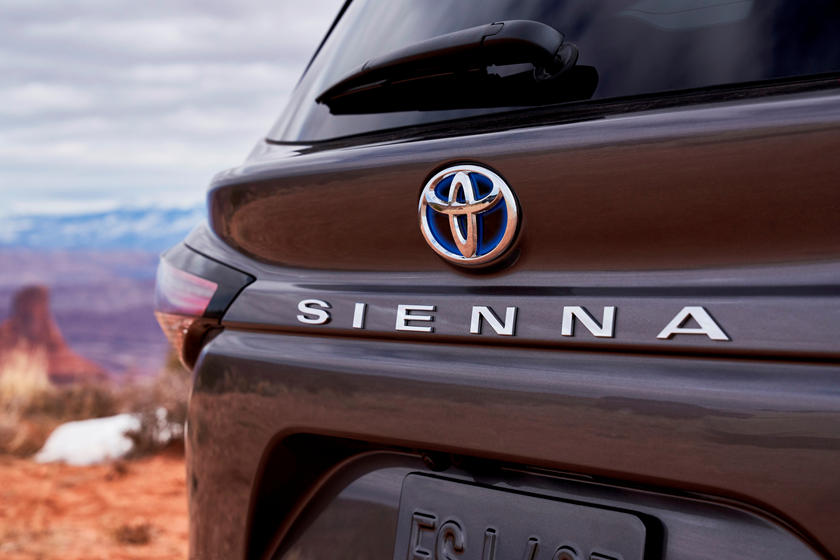 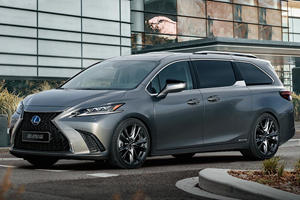 Luxury
22
Lexus Minivan Could Be The Best Thing Since The Mercedes R-Class
The premium sector is all about unlocking niche markets before anyone else does. 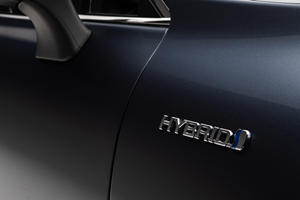 Electric Vehicles
3
Will These Two Toyota Hybrids Get Faster Prime Models?
We probed Toyota for more info on the all-new Venza and updated Sienna. 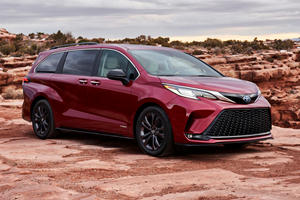 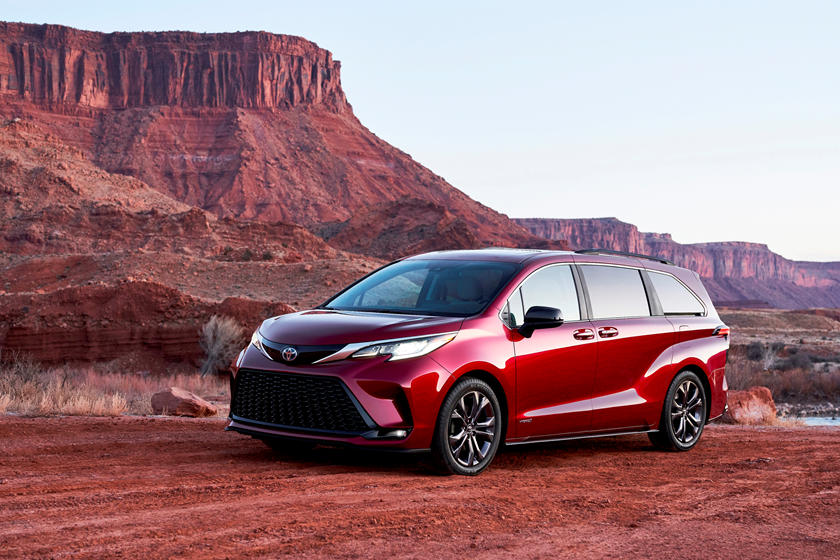 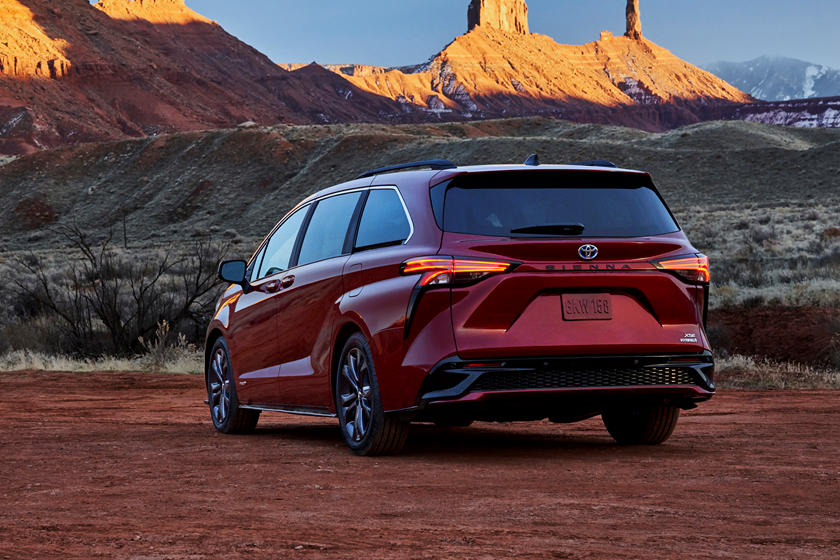 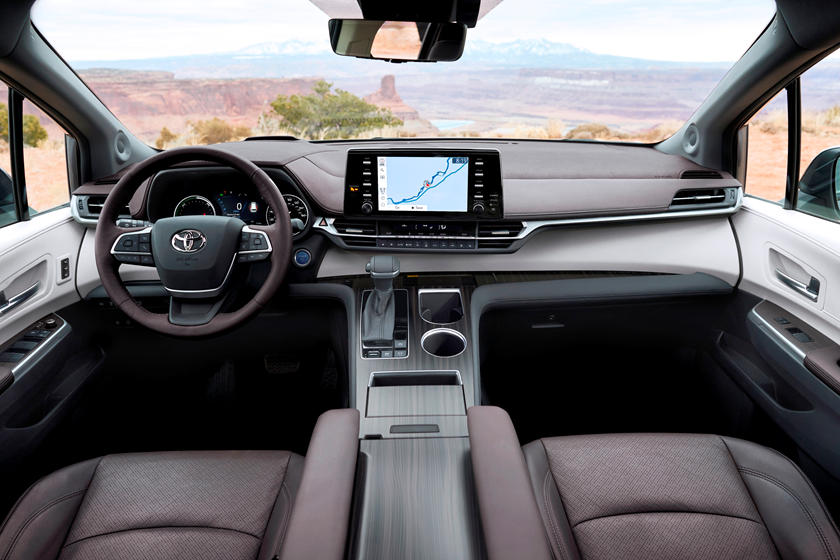 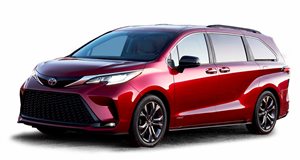