Toyota has teased its next-generation 2022 Tundra pickup truck. Not much is confirmed about this all-new model, but it is expected to look wider and more aggressive based on official teasers from Toyota. This is the first all-new Tundra since 2007, so it's a big deal for the full-size truck segment. Rumors indicate Toyota will drop the Tundra's longstanding 5.7-liter V8 in favor of a twin-turbocharged V6.

We expect Toyota to incorporate hybrid technology into the fold to rival the Ford F-150 Powerboost. A reveal should happen later in 2021.

The most popular competitors of 2022 Toyota Tundra: 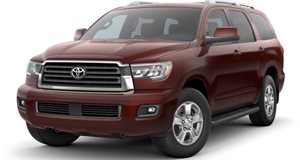 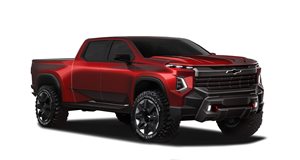 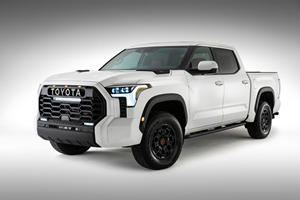 Rumor
11
Toyota Ready To Reveal A Diesel Tundra?
We have a suspicion that a diesel Tundra is in the works. 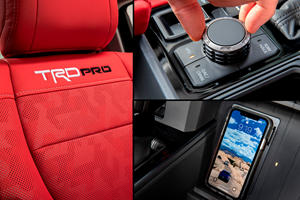 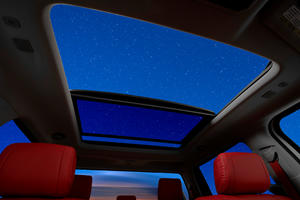 Teaser
10
2022 Toyota Tundra Will Keep Its Coolest Feature
It will still have that amazing airy cabin.
Now Buzzing

Tuning
This Is The Diesel-Powered Raptor Ford Won't Build