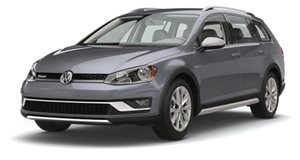 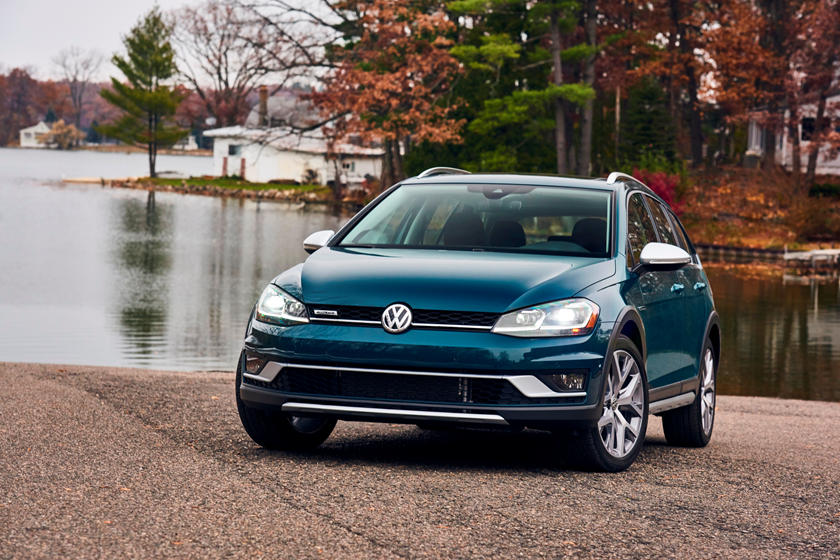 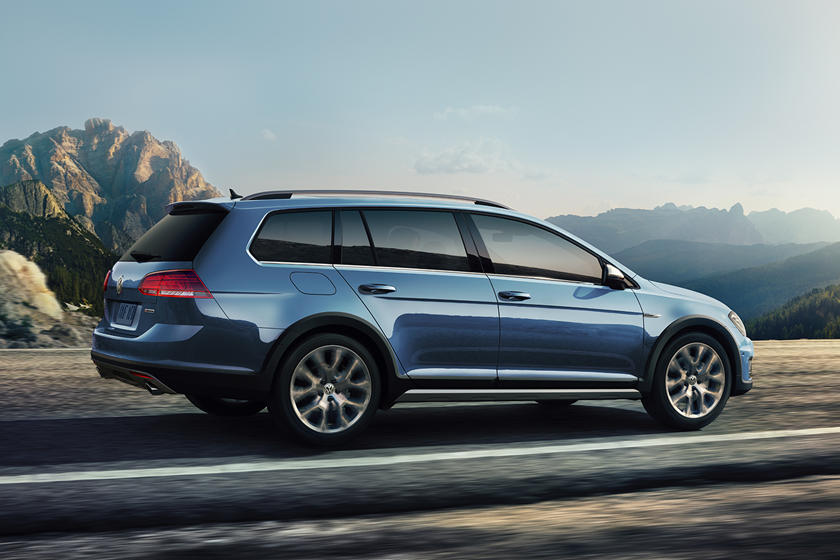 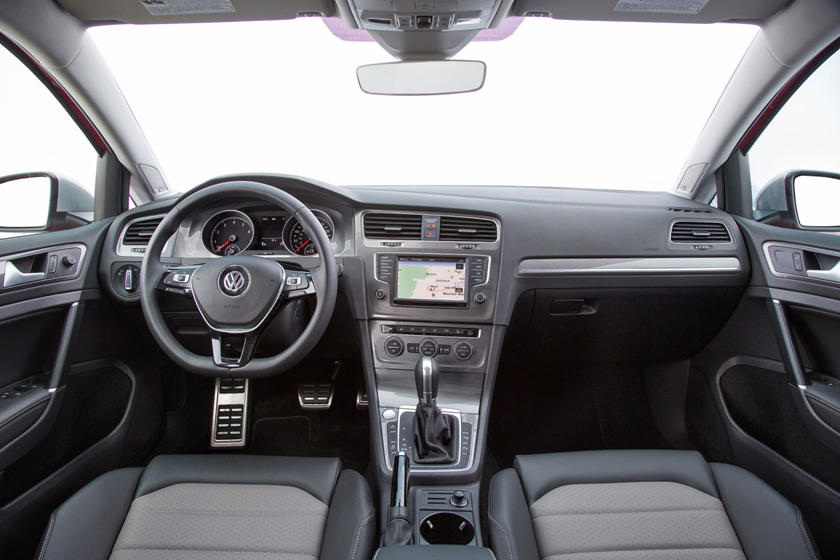 Music has a certain way of clicking with people wherever they may be in life. One moment on a crowded train home from work, a song comes on to disrupt an accountant's bleak contemplation of the routine they are stuck in or resonate with the butterflies fluttering in the stomach of a love-struck barista, and suddenly it seems that the world opens up. Each genre caters to a different taste and personality, but others try to reel in anyone who cares to listen like the Beetles. That's why if the Beetles were a car, they would be a Volkswagen. 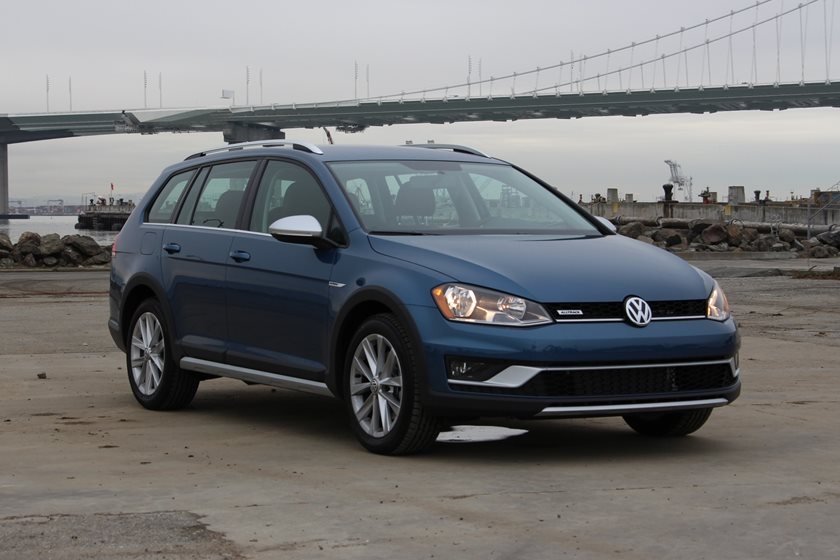 This isn't just wordplay on the famous Volkswagen model that was once the most popular car in the world, it's indicative of the VW character. If there's one car that can do just about anything in a practical manner and provide such a grounded connection between driver and road, it's a Volkswagen. The German automaker, whether cheater or not, simply knows how to make a bargain-basement priced pick that feels as solid and communicative as a BMW, and it's the Golf that has won over the majority of buyers. In Europe, the Golf is the automaker's most popular car, selling over a half million in 2015 and over 219,000 more than the second place pick, the Ford Fiesta.

Naturally, Volkswagen wants to quench the Golf thirst and extend its reach to any plausible niche group that may want to add to VW's pile of sales, so it wisely debuted a Sportwagen version of its smallest car. Unlike in America, Europe is in love with wagons, but the segment's supremacy is slowly being lost to the SUV, and given that VW is a bit late to the utility vehicle party, it needs to extend the wagon's rule as long as it can while playing catch up. So it took a move out of every other European automaker's book and built a lifted armor-cladded version of the Golf Sportwagen and dubbed it the Alltrack. One Blue Silk Metallic example managed to slip away from its plant in Mexico and make its way to my driveway for a week. 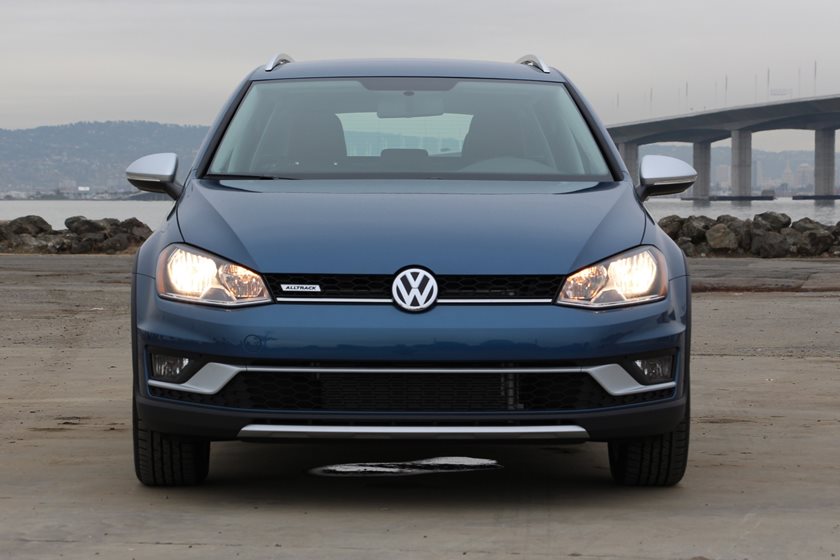 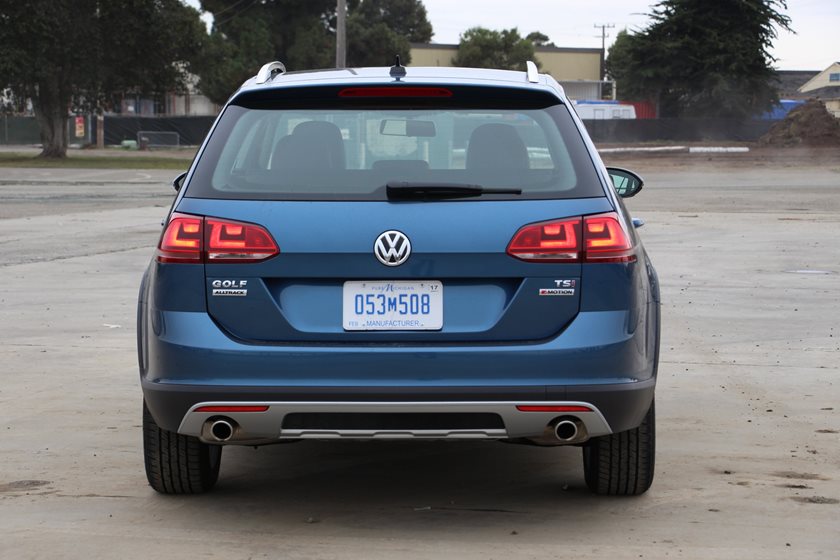 My experience with Volkswagens has typically been characterized by the brand's solid driving feel, no-nonsense ergonomics, buttons that click in an assured and measured fashion, basically an OCD sufferer's delight. On the flip side, the interiors always feel cold and lacking in any creature comforts, feeling as barren and unforgiving as a jail cell in some instances. This wasn't the case in my example. The leatherette seating surfaces were coated in a lovely shade of Marrakesh Brown complementing the exterior and warming up the inside of the Alltrack. Even as a Golf, this Volkswagen felt as if it was sized well, packaging a roomy interior into a small and easily parked body. It was no luxury car, but frills weren't absent.

Chrome accents on the roof racks, front fascia, and rear bumper all meshed well with the exterior color. When calling on my non-enthusiast friends (always have these if you review cars, they give an unbiased outsider's perspective), one even temporarily confused the VW badge for a Mercedes Tri-Star, although the tacky exterior soon quelled that sentiment. It's not ugly, but the trend of raising a wagon and making it look tough has questionable results. However, unlike the Volkswagen Beetle Dune Convertible we recently tested, this off-road costume is actually functional. On the Alltrack, Volkswagen's 4Motion all-wheel drive system comes standard with selectable drive modes. 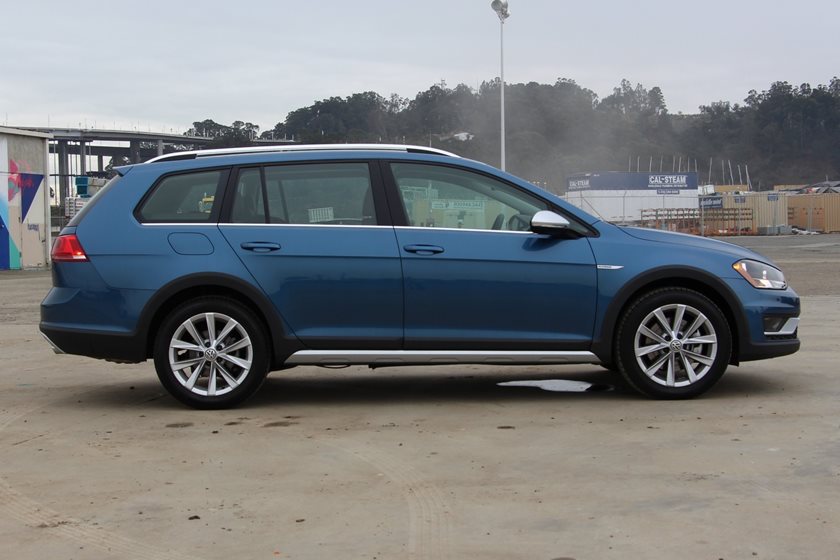 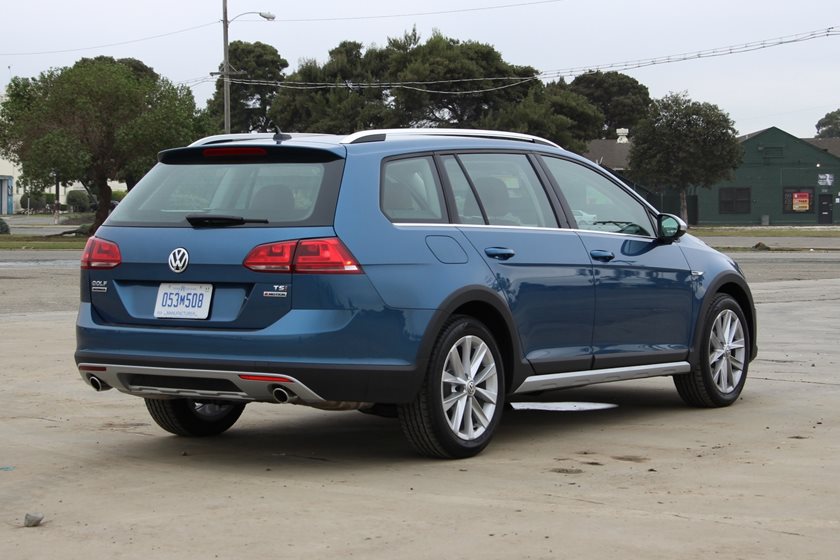 Combined with the 0.8 inches of additional ground clearance, the Golf Alltrack can actually tackle some tough terrain usually out of reach for the everyday passenger sedan. It's no Range Rover, but those with homes that have steep gravel driveways off the beaten path or with cabins in the woods will enjoy being able to traverse the terrain before returning to a serene driving experience once all four wheels are back on pavement. A drive mode selector with an off road mode enables drivers to tell the computer where to send the power. On the road, most of it is budgeted towards the front wheels, but if slip is detected, the 4Motion system can send up to 100 percent of the power to the rear or split it between front and rear.

Embedded within the off-road mode is an downhill descent feature that allows the ABS system to spend more time on the brakes in order to build up sand, gravel, or snow in front of the tires. Most impressive though is the fact that it does all of this without compromising on-road ability. Within the city, the Golf Alltrack feels small enough to zip around in traffic, nimble enough too since it only weighs 3,300 pounds and masks its added height well, but the turbo lag and rather underwhelming 1.8-liter four-cylinder engine making 170 horsepower and 199 lb-ft of torque means that aggressive driving is a taxing experience. That could be why the Alltrack is the only car, except for the Toyota Prius, where I managed to approach the EPA rated mileage. 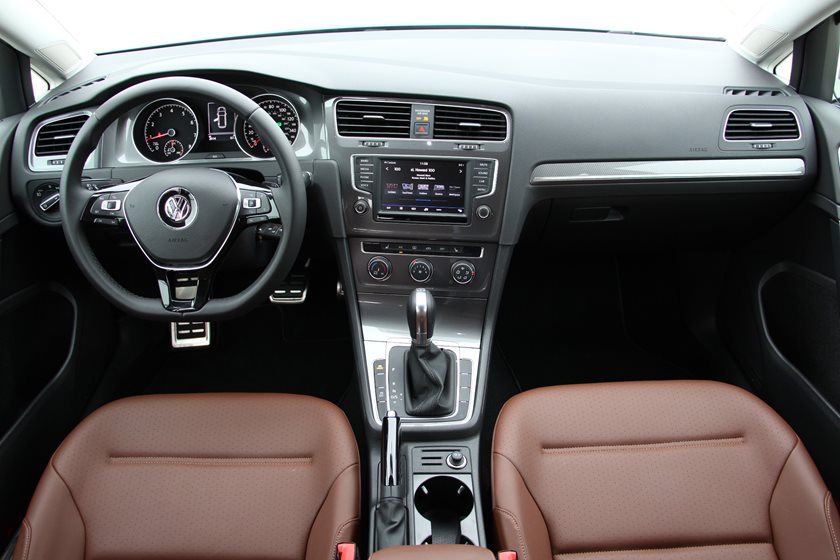 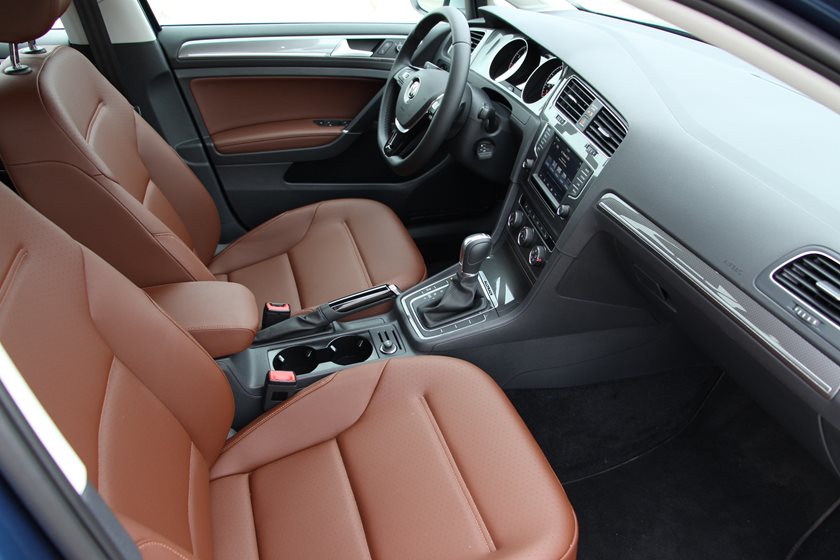 In fact, I even surpassed it with 26.3 mpg despite the 25 mpg rating (22 city, 30 highway). On the highway, the radar-based cruise control was a nice touch, as was Volkswagen's familiar and fairly well thought-out infotainment system. Parking it was easy with a backup camera that only showed its face from under the rear logo in reverse, but the large greenhouse also played role in that. With all of the Alltrack's polite features, it seems most at home with owners who need nothing more than a grounded transportation device that feels great on the commute, can mingle with the rocks, and carries camping supplies, outdoor gear, or a haul of Whole Foods loot to a house outside of the city.

My week with it hauling friends and groceries for one in San Francisco did absolutely no justice to its full abilities, but for the middle class families that like the weekend adventure and wear flannels, this is likely the best pick. I was pleasantly surprised when I found out that our tester didn't have a single option added to the list since it didn't feel lacking. It starts out at $27,770 with the $820 destination and handling charge which means it's in a lower price bracket than most of its competitors. For that, you get the most practical appliance on the block. While us enthusiasts like to see cars as objects of desire, we tend to forget that many people just need a dang ride that will get them to work, handle their chores, and fulfill their weekend outings. 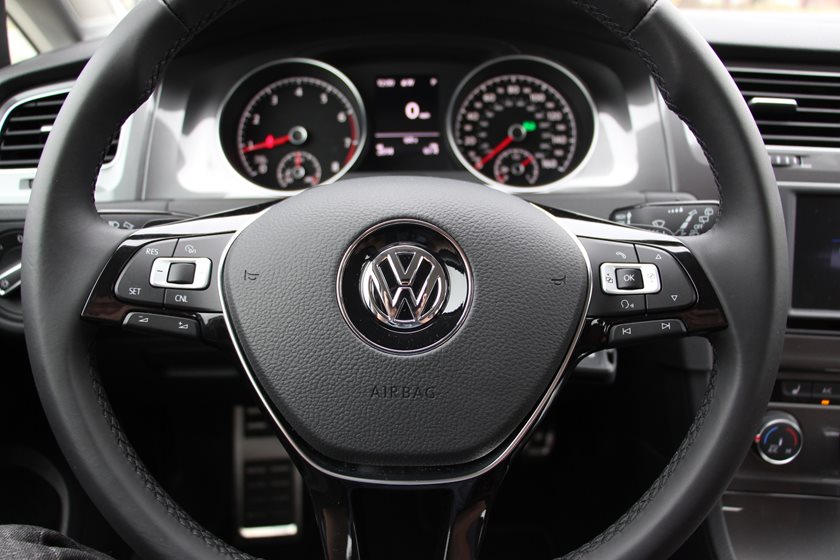 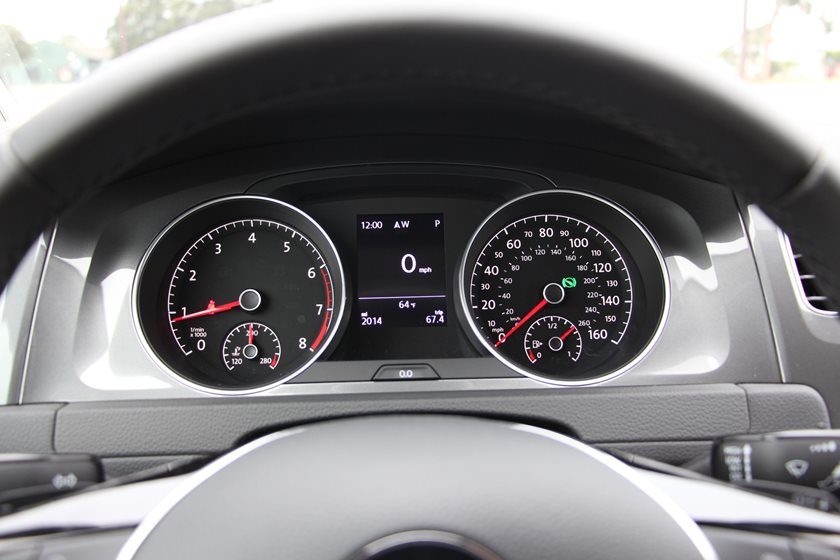 For that, the Golf Alltrack works like a charm and this time manages to do so without making the owner feel like a cheapo who couldn't splurge on some interior eye candy. If splurging is on the mind, the SE and SEL trims are available to add a panoramic sunroof and Fender audio to the mix, but pimping isn't in the Golf Alltrack's playbook. For that, you might want to upgrade to Volkswagen's luxury sibling Audi, you bougie monster. 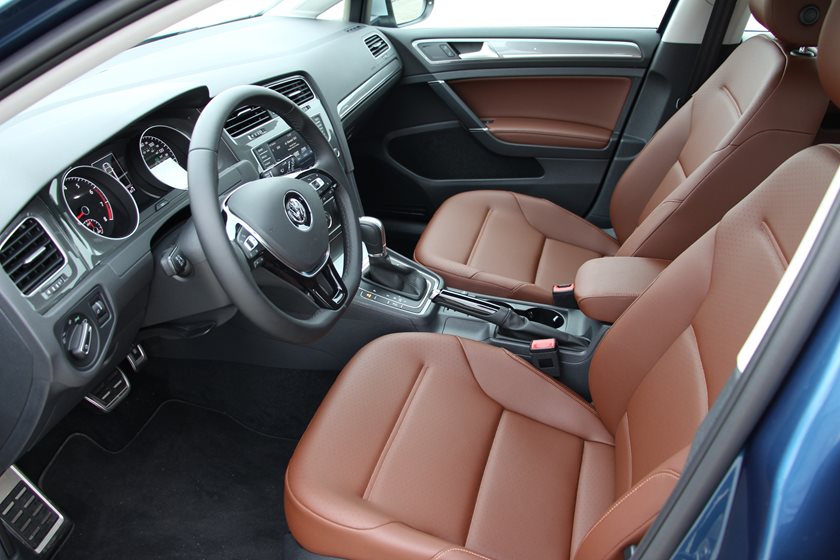 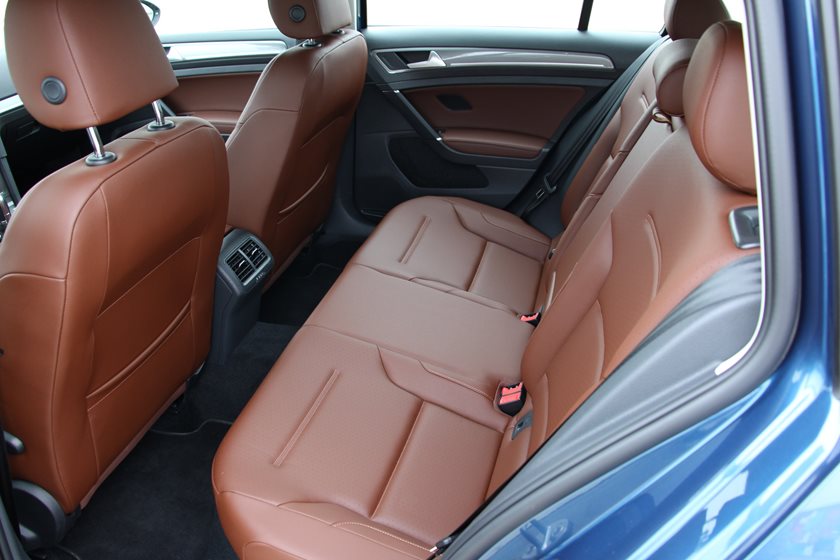 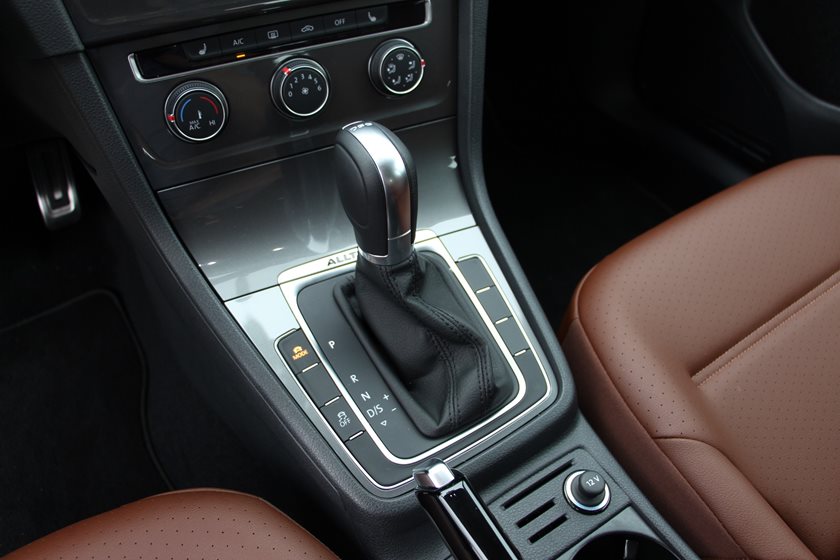 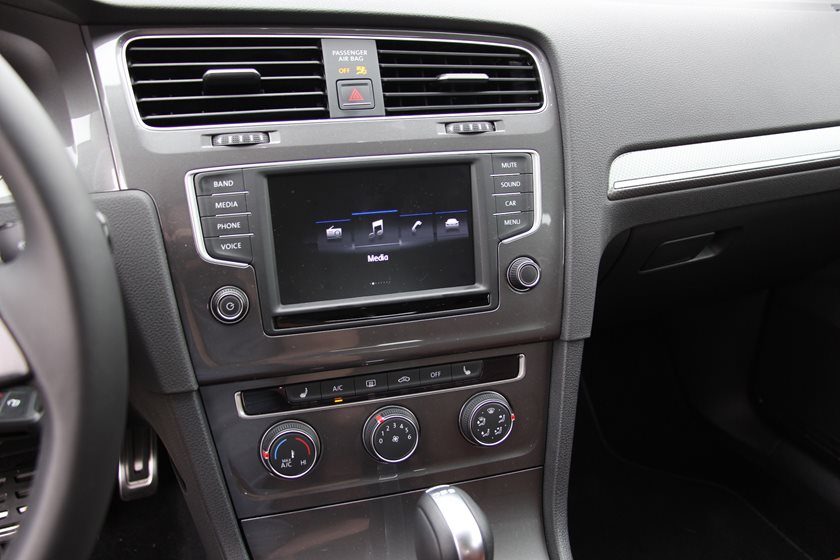 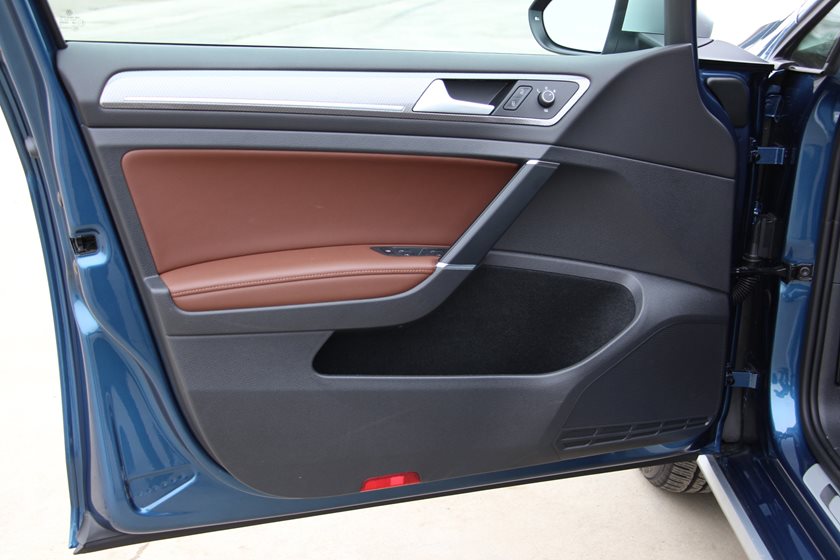 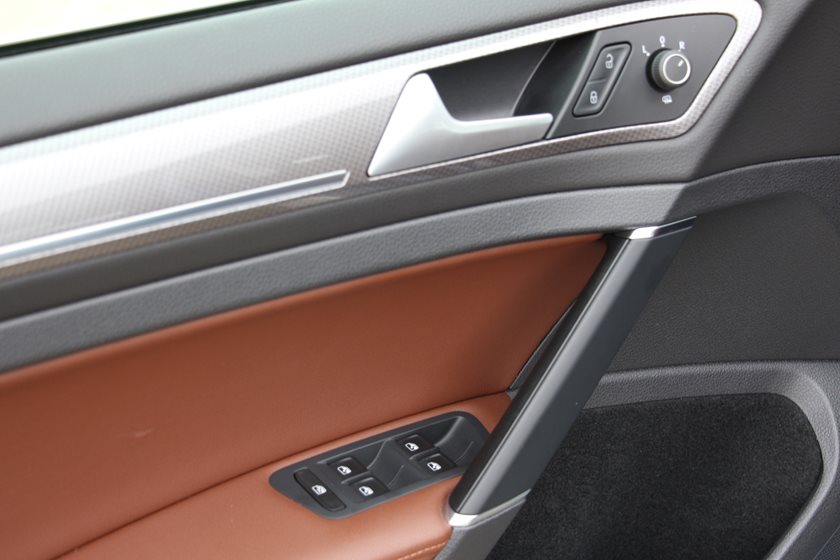 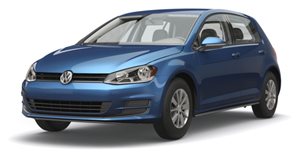 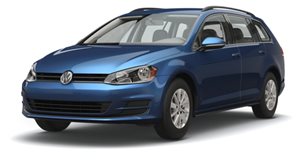