The twenty-tens have born witness to some amazing cars. These are the models that defined the decade.

It truly has been an amazing and exciting ten years in the auto industry. Whether it was the horsepower wars between American muscle cars, the technology arms race with increasingly capable electric cars, or the abundance of supersized SUVs, this decade had all of it. The ten cars (narrowing down to ten was no easy task) we have chosen in no particular order are the ones we believe best represent the twenty-tens based on their contributions to technology, impact on automotive trends, and overall memorability. So as we count down the final hours of the 2010's, we invite you to enjoy the countdown below.

The Dodge Challenger Hellcat makes this list for one simple reason - POWER! This past decade is where we reached a point that monster horsepower is available from the production car tap, and nothing symbolizes that better than the 707 horsepower Hellcat. The Challenger also makes this list as not only is it the last true muscle car, but it's still standing strong. While the Camaro and Mustang have become world-class sports cars, the Challenger has bucked the trend and still lives life a quarter-mile at a time. It was reborn in 2008, but it was the 2010s where the Challenger matured and just got faster and faster.

We're sure there will be discussions on this one in the comments. Still, of the holy trinity of hybrid hypercars from 2013, the Porsche 918 Spyder differentiates itself from the McLaren P1 and Ferrari LaFerrari by its influence on brand technology following its production. Its advanced technology has paved the way for the development of Porsche cars since, including the new all-electric Taycan.

It wasn't just the blistering performance that allowed the 887 combined horsepower car to negotiate the Nurburgring in that staggeringly fast time of 6:57 minutes. The 918 Spyder also had its eye firmly on efficiency when it came to the battery-powered part of its hybrid drivetrain.

The Mercedes-Benz SLS AMG may seem like an oddball on this list but we believe its historical significance is rather understated (unlike its doors). Released at the very beginning of the decade in 2010, the SLS is among the last AMG models to use a naturally-aspirated V8 engine. It also brought back one of the most iconic automotive shapes ever created and paved a path for AMG moving forward.

The SLS was later replaced by the AMG GT, a world-class sports car in its own right. Few people could have afforded an SLS when it was new but the halo effect it had on the brand helped vault AMG to a level of importance it never had before. Today, you can find AMG badges plastered all over a variety of Mercedes models and we attribute a lot of that cool factor to this car.

The C7 generation of the Chevrolet Corvette represents the peak of the front-engined American sports car, and it happened in the 2010s. Chevy's Corvette engineers reached the point where they had extracted as much performance from the front-engined rear-wheel-drive format as possible, leaving a mid-engine layout as the only route to a better performing Corvette.

The absolute pinnacle of the front-engined Corvette came in the form of the ZR1. It featured an aluminum frame so stiff it didn't need extra reinforcement, and delivers a ridiculous amount of grip through the double-wishbone suspension and Magnetic Ride dampers. At the same time, the C7 Corvette weighs just 3,560 pounds and is pushed around by a supercharged 6.2-liter V8 making 755 horsepower and 715 lb-ft of torque.

It's hard to imagine a world where the Corvette is mid-engined, but we've said our goodbyes to the C7 generation and will remember it fondly.

Before the 2010s began, McLaren didn't even exist as an automaker. Sure, the company was well-known for building race cars but building a road car to challenge the likes of Ferrari and Lamborghini is a much different challenge. The McLaren MP4-12C arrived in 2011 and instantly put the Ferrari 458 on notice. This basic architecture was refined over the decade with new models (some would say too many) like the 650S, 675LT, and 570S culminating in what we feel is the pinnacle supercar of the 2010s, the McLaren 720S.

With a 4.0-liter twin-turbo V8 producing 710 horsepower, the 720S quickly vaulted to the peak of supercar hierarchy when it arrived in 2017, even matching the hybrid P1's performance after just a few years. As the decade closes, we can't imagine a world without McLaren and the 720S is the ultimate symbol of the company's rapid rise to the very top of the carmaking world.

The Bentley Bentayga was released in 2015 and since then, Aston Martin, Lamborghini, and Rolls-Royce have all followed suit with exotic SUVs of their own. Even Ferrari has plans to enter this market. We will likely see many exotic SUVs over the next decade and it was the Bentayga that kicked off the trend.

We want to take a moment here and celebrate the fact that the last decade has not just given us outrageously fast and expensive sports cars, but also some of the most affordable and pure sports cars. While the Mazda MX-5 Miata still reigns supreme, most people want a roof on their daily driver sporting machine. Toyota and Subaru joined forces to deliver one of the most fun cars you can buy today for under $30,000 and proved that horsepower isn't everything.

The Toyota 86 and Subaru BRZ are a testament to the fact there are still enough people out there that simply enjoy driving, and saw out the decade mostly unchanged from its introduction in 2012. It's the perfect balance between daily driver, back road carver, track day weapon, and doesn't cost a fortune to buy or run. Along with the MX-5, we may never see simple and naturally aspirated little sports cars like this on the market again. We're not just looking at the end of a decade here; we're looking at the end of an era.

How could we possibly create a list of the most important cars of the decade without including the best-selling vehicle from every single one of those years? The Ford F-150 has been the best-selling vehicle in America for far longer than the past decade but the 2010s brought about the biggest change we've ever seen for this longstanding model. This decade began with the launch of the F-150 Raptor, a new off-road model that completely revolutionized the performance pickup truck segment.

In 2014, the F-Series entered its 13th generation and became the first mass-produced American vehicle to make heavy use of aluminum for weight savings. This a trend that continued throughout the decade. It is also the first F-150 to embrace engine downsizing, which is another major trend of the 2010s. The F-150's flagship V8 engine was killed off in favor of a twin-turbocharged EcoBoost V6, a bold move that has yet to be copied by other trucks.

The words 'game-changer' get thrown around all too easily, but Bugatti did just that with the Veyron in 2005. Rather than dropping the mic and walking off stage, though, Bugatti raised the bar again with the Chiron in 2016. The amalgamation of engineering, craftsmanship, performance, and luxury is nothing short of breathtaking. It carried over the Veyron's insane 8.0-liter quad-turbocharged W16 engine, but changed the game by going over 300 mph right at the end of the decade. A pre-production Chiron Super Sport 300+ hit 304.77 mph with Andy Wallace at the wheel.

That's not the Chiron's only party piece we'll remember from the 2010s, though. It also broke the record for going from 0–249–0 mph and did that in 41.96 seconds and within a span of 2 miles. In terms of envelope-pushing performance and engineering refinement, it's the most important car of the decade. But, it's not the most influential.

The automotive landscape changed forever in 2012, the year the Tesla Model S was launched. There were electric cars that existed long before Elon Musk was even born but the Model S was the car that rocketed Tesla into the world's consciousness and made people want to drive an EV. And while the Roadster did come first, it was essentially a re-engineered Lotus and was only sold in small volumes.

The Model S completely bucked electric car convention with sexy sedan styling, a plush interior, and performance that would make a supercar owner cry. Early EVs were laughed at for their short driving range but when the Model S came out, it finally offered a battery that could match a conventional gasoline car. Tesla was a small fry automaker when the decade began but we couldn't imagine a world without it anymore. No automaker has done more to further the advancement of the electric car and the Model S is the car that started it all. 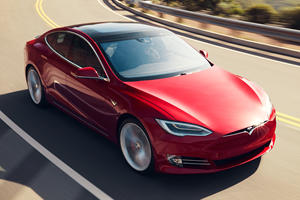 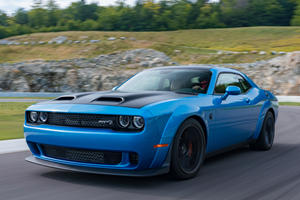 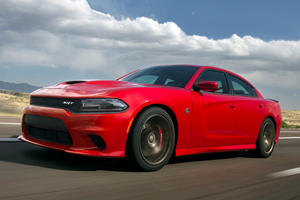 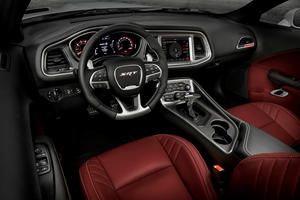 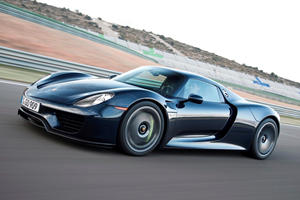 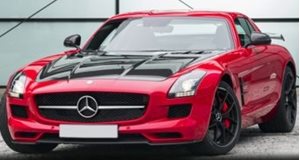