What performance exotic will be revealed at this year's show?

The Goodwood Festival of Speed has been growing in popularity each year since it first opened its doors to motoring fans back in 1993. The Earl of March has steadily expanded the scope of the event and there are now tons of awesome things to see and do over the course of four action-packed days. Apart from the famous hillclimb, there is the F1 and supercar paddock, auctions, a rally and aviation and air displays to enjoy.

What many people look forward to most though are the global debuts of some of the most exciting upcoming sports and supercars. Manufacturers take the opportunity to display their new models to visitors while some even offer people the opportunity to be driven up the hill in them. We take a look at some of the more recent reveals that have wowed the crowds as well as one new supercar that is sure to cause a stir with the established players.

When the first-generation CLS arrived in 2004 many people wondered whether it would last beyond a few years. Its sales success surprised many detractors and now practically every rival has a similar offering in their range. An interesting shooting brake variant was introduced at the 2012 Goodwood event. This model never made it to the States and there are apparently no plans to offer a similar body style with the latest-generation CLS. The facelifted second-generation model was also unveiled at Goodwood in 2014 and introduced multibeam LED headlights and a range of more powerful engines.

The Continental GT has always been a dynamic and ultra-luxurious sporty tourer but the reveal of the Continental GT3-R took the sporty thing to a whole new level for the British manufacturer. The car was revealed in 2014 and took inspiration from the GT race car. Out went the rear seats and the top model's 12-cylinder 6.0-liter lump. In its stead was the lighter 572-hp twin-turbo V8, also used in the racer, and a whole host of performance enhancing add-ons. Despite the liberal use of carbon-fiber, overall weight was still a hefty 4,839 pounds but the GT3-R was still the fastest accelerating Bentley of all time.

The Project 7 was developed to celebrate the achievements of Jaguar's racing history, specifically the very successful D-Type. With this in mind Jaguar engineers took a modern-day F-Type and converted it to a hardcore 575-hp track machine that they then unveiled at the 2014 Goodwood FOS. The show car had only a driver's seat and featured retro styling cues like the rear mounted hump that was a feature on the D-Type. Customer cars were limited to 250 examples and these came fitted with a passenger seat too.

The 2015 model year 252-hp Focus ST was unleashed at the 2014 FOS event to great fanfare. Ben Collins, the ex-Top Gear Stig, drove it up the hill demonstrating the new car's dynamic abilities. It proved to be a characterful and quick alternative to the ubiquitous Golf GTI and cost less too. Little did we know that Ford would announce that it would cease offering this superb little hot hatch in the States only a few year later. For now though you can still order a brand new one so don't hang about. Ford will even sell you the mental 350-hp RS too.

The Range Rover SUV has long been the default luxury choice in its segment but the range lacked a truly ballistic offering to take the fight to the German upstarts. Enter the 575-hp Range Rover Sport SVR. The SVR raised its performance game to put up a serious challenge to the BMW X5M and Porsche Cayenne Turbo all without compromising on its class-leading comfort and luxury levels. Since then we have seen the much pricier Bentley Bentayga take top spot in the ultra-SUV hierarchy but in its price range the Range Rover Sport SVR still reigns supreme.

The Dawn is the most dynamic droptop in the current Rolls-Royce range and it was very well received at the Frankfurt Motor Show back in 2015. The special Black Badge version was later unveiled to showgoers at the 2017 FOS. Aside from the new black-colored theme which extended from the black chrome hood mascot right through to the tailpipes, the Black Badge also offered up an additional 30-hp and 15 lb-ft of torque over the standard car. This brought the totals of the twin-turbo 6.6-liter V8 to 593-hp and 620 lb-ft and customers could also add an optional sports exhaust and Aero Cowling for added athleticism.

The Project 8 was introduced at the Festival of Speed in 2017, unlike most new models it had no rational reason for existing. This car was built just for the hell of it. Its sole purpose is to put a smile on your face, with 597 hp delivered to the rear wheels from its supercharged V8 it is well equipped to deliver on that goal. A mere 300 units have been slated for production and all are to be left-hand-drive to achieve the optimum weight balance. The Project 8 currently holds the 4-door sedan record around the Nurburgring at 7:21.20. although this was done in a pre-production prototype so some dispute the claim. It may have been missing its rear seats too…

Another year, another 911 variant. 2017 was a particularly good year though as the most powerful 911 ever was unleashed. The GT2 RS has a 700-hp 3.8-liter twin-turbo flat six and, unlike the Project 8 its time of 6:47.25 around the Nurburgring is an undisputed world record for a production car. The GT2 RS also differs from all other 911s in its record-breaking price tag. At $293,000 it is over three times as expensive as the base 370-hp Carrera.

It is not only new road-going cars that are revealed to the public at Goodwood, McLaren showed off its 650 GT3 GT championship contender in 2015. Based on the very successful 12C GT3, a car that won 51 races and 3 championships in as many years, the 650S GT3 featured improvements in practically all areas. While the power output was still limited to an FIA regulated 500 hp, the gearbox, carbon-fiber bodywork and cockpit were all updated to allow the 15 prospective customers to achieve even more impressive results on the track.

McLaren has been keeping its cards close to the heart on the upcoming reveal for the 2018 Goodwood FOS. At this point we have been given only two teaser images you see here but a car looking suspiciously like a 570LT was spotted testing in Italy months ago. Officially, there are the usual promises of more power, optimized aero and reduced weight that come with every new supercar release. As with the Senna, production will be limited and the new model will deliver track-focused dynamics. More details will be revealed on the June 28, two weeks before the event.

TVR has been threatening to return to its former glory ever since it closed its doors back in 2006. After a long era of uncertainty, the company was finally sold to a UK based conglomerate and Gordon Murray (the man behind the McLaren F1) and Cosworth came on board as development partners. The fruits of their efforts were finally revealed at the Goodwood Revival on the September 8 last year. The show car was named the Griffith, and like its namesake, featured a naturally aspirated 5.0-liter V8, rear-wheel-drive and a manual transmission.

The 500-hp power output and carbon-fiber ground effects chassis were all new however. With only 500 units planned, there are likely to be many disappointed analogue supercar fans. Happily, production is slated to begin late in 2018 and TVR are still accepting deposits although it is unclear whether they will be made available in the States just yet. 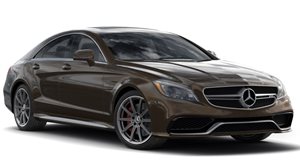