These are some of automotive culture's most memorable marketing moments.

Did you know that Volkswagen has its own Wikipedia page for its advertising alone, and with good reason? In the advertising industry, the story of Volkswagen and the Doyle Dane Bernbach (DBB) advertising agency is legendary, and the adverts of the 1950s and 1960s it created are iconic. In a revolutionary approach, DBB went against the grain of the time and used simple black and white images of the Volkswagen Beetle coupled with witty and often self-deprecating tag lines. In the modern age, with image manipulation techniques and a society that welcomes wit and brevity in advertising, we have built a history of entertaining advertisements. These are some of our favorites.

Audi has a long history of confident, bordering on smug, advertising, and this billboard showed up in a Chicago area Audi dealership after it sold an Audi R8 GT. It warns local drivers that slow traffic should keep right, which made us both laugh and roll our eyes. The second billboard pictured below also shows Audi's penchant for dry smugness with its advert for the R8 Spyder, showing how sometimes, cockiness endears you to a brand. This isn't the last you'll see of Audi on this list, though, as the brand has had some epic rivalries over the years.

This clever piece of advertising is actually a concept, as the practicality of deploying it across the US would mean redesigning the structure of billboards. However, the propagation of the concept images across the internet, and the amount of eyeballs that have now seen it makes it an incredibly effective piece of advertising. The concept comes from a Miami Ad School student called Ian Hart and is a billboard "constructed from GE Lexan semi-transparent resin". In doing this, "the billboard accurately blurs the scene behind it regardless of day, weather, or season," giving it the effect of a speed blur with a simply Mustang logo implanting all the brand awareness you need.

Like Audi, Mercedes has a history of tongue-in-cheek advertising playing off of being a luxury brand. In this case, Mercedes pointed out that their two-seaters leaves room for the driver and his trophy wife. You could call it sexist, but you could also call it self-deprecating satire. Either way, we're still talking about it over a decade after this billboard appeared, which means the billboard did its job. We likely wouldn't ever see this sort of thing from the brand again, though.

"I hate advertising," Elon Musk said on Twitter in 2018; which quite likely could have been in response to this beautiful troll from Hyundai for its Kona Electric model. The very clever billboard simply pointed out: "The first electric compact SUV is here." followed by the statement: "Your turn Elon." in response to the delays that faced the Tesla Model Y. Hyundai didn't hold back, and the billboard was displayed outside the Geneva car show in 2018.

It's not the only time that carmakers have teased the Tesla CEO directly in Billboards. Scroll through the pictures below, and you'll see Audi describe the E-Tron SUV as a "Musk have."

This is a particular billboard, and it's not the advert itself that is iconic but rather the fact that its been around for nearly three decades. The advert is for 1993 Toyota Supra, and it resurfaces once or twice a year as a modern billboard advert is removed and a replacement stuck on its place. For a short time, while an advert is being changed, people traveling on 101 Highway in San Francisco get to see this time capsule, and, for a moment, feel like they're back in the 1990s.

Amazingly, the advert was originally painted on the billboard by an artist before printed vinyl sheets became the norm. It would have cost the owner to paint over the Supra advert, so, instead, the company simply pastes new vinyl ads over it. As a result, the original advert is only on view for around six hours a year. For the rest of the time, it's protected by direct sunlight. That means it should be around for many more decades to come.

The advertising rivalry between Audi and BMW has become legendary. It started with a non-billboard advertising campaign by BMW that said: "A BMW rally with two nearby service centers. What's next, paramedics at a chess tournament?" Audi fired the first shot with a billboard in California saying: "Chess? No thanks, I would rather be driving." That was then changed to a picture of an Audi A4 with the message: "Your move BMW." Immediately, BMW bought a billboard across the street from the Santa Monica Audi dealership and put up a picture of the 3 Series, and captioned it, "Checkmate."

Following the good-humored spat, Audi held a Facebook event for users to create a photoshopped image of possible next billboards. BMW fans also took up the challenge, with one image showing a blimp tethered over the billboards with a picture of a BMW Formula 1 race car and the words: "Game over."

More recently, BMW decided to put up a billboard outside of a Volkswagen Audi Group dealership in La Goulette in Tunisia. It's in French, and "Il n'est jamais trop tard pour changer d'avis," translates to "It's never too late to change your mind." It didn't take long for Audi to put up a sign on the dealership using the four rings symbol to make an elongated LOL, followed by the words, "On ne change pas une marque qui gagne." That translates as: "We do not change a brand that wins."

It's not an advert for a car or automotive brand, but Europeans of a certain age will remember this stunning billboard campaign from 1983. Araldite is an adhesive company, and for the campaign, it stuck an entire Ford Cortina to a billboard. The claim was made that the car was stuck using just Araldite glue. The campaign was so successful that it became headline news in the UK. The campaign ended with a memorably hilarious sequence of billboards.

This impressive billboard for the 2010 Ford Mustang was created for the Woodward Dream Cruise that takes place every year in Detroit, Michigan. Ford hooked up a smoke machine behind the billboard, and then the rear tire would spin and smoke every few minutes. Since then, advertising agencies have toyed with "sensory advertising" around the world in airports. When someone comes close by, the advertising boards can create wind, the noise of a revving Mustang engine, and, when not inside, smoke. The 2010 Mustang wasn't the only time Ford used a smoke machine for a billboard, as it revived the idea for the new Shelby GT500 just last year.

The Woodward Dream Cruise is a hallowed ground for American classics and muscle cars. GM displayed these throwback and reminder adverts for its heritage going back through the decades. The campaign captured enough eyes and hearts through the cruise that GM made posters available through its online merchandise store. According to GM, the most popular ad is the one featuring the back of an iconic split rear window Corvette matched to the words: "They Don't Write Songs about Volvos." 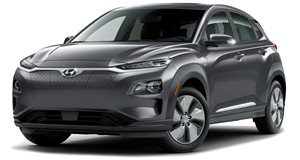