There's a lot to know about America's favorite truck.

The Ford F-150 is a staple of American cities as well as farms. It's arguably as important a vehicle in Ford's history as the Model T. Ford's F-Series has been the best selling truck in America for over 40 years now. It has also been the best selling vehicle overall for a large portion of that time by outselling every sedan, hatchback, SUV, or crossover you can think of.

It can be argued that counting every F-Series truck as one model isn't fair as it includes the F-250, F-350, F-450, F-650, F-550, and the F-750 models, but that doesn't change the fact the F-Series is a huge-selling and long-standing name in the automotive industry. It's definitely important enough that there's a bunch of facts we think everyone should know.

The F-Series of trucks dates all the way back to 1948. It wasn't until 1953 that the F-100 name replaced F-1, and while it's suggested that Ford changed the name to honor the F-100 Super Saber fighter jet, it's more likely that a bigger number sounds better. The F-150 designation didn't show up until 1975 to fill the gap between the F-100 and the F-250 as a half-ton pickup. That gap also happened to put the F-150 just above the EPA's 6,000 pounds of gross-vehicle weight cutoff rating to meet new emissions standards.

The F-Series was the first light pickup truck to be pecifically designed as a small but heavy work truck. The Model T was built with truck beds for delivering and moving things, but the F-Series wasn't a re-bodied car. In 1948, two engines were available for the F-1 in the form of a 3.7-liter straight-six engine making around 95 horsepower and a 3.9-liter Flathead V8 making a little over 100 hp. The Flathead V8 also ensured that the F-1 would also make for a popular hot rod later down the line.

Until 1965, riding in a truck was a very uncomfortable affair. The arrival of independent suspension changed the game and made the truck something that more people could use as a runaround vehicle as well as a work truck. Ford's twin I beam suspension setup for the front of the F-Series was simple and replaced the leaf springs with coil springs. It may have been simple, but it was incredibly effective and was still used on F-150 trucks until 1996.

Today, if you need a four-wheel-drive truck, it's not a problem. All you need to do is tick an option box. Until 1959, though, the truck would have to be sent to aftermarket firms like Napco, Marmon-Harrington, or American-Coleman for a conversion using specialty equipment. It was actually the Marmon-Herrington company that started converting Ford trucks in the late 1930s, but it was the Belgian military that first wanted to convert Ford trucks under 1-1/2 ton to a 4x4 drivetrain.

In the 1970s, Ford built a lot of F-Series "Special" models, including a Contractor's Special, Farm and Ranch Special, Explorer Special, and a Heavy-Duty Special. From 1973-79 Ford built an F-350 truck designed for campers and it came with a built-in pigtail for easy trailer hookups, a sliding rear bumper that adjusted to aftermarket overhead camper overhangs, and the wheelbase was increased to an, extreme at the time, 140 inches. The Super Camper Special was set up so you could just have your overhead camper fitted and hit the road for a vacation straight away.

Ford has innovated with the F-Series from the start, so there's bound to have been some missteps. This is one of the few. When this is talked about, it is often referred to as the unibody F-Series, although the term unibody isn't entirely accurate. It's not technically a unibody because the cab and box were built as one continuous unit, with no gap between them. The end result was more like a body-on-frame car than a truck. However, eliminating the gap between the bed and the cab meant a larger bed could be fitted, and because fewer stampings and welds were used, it was cheaper to construct. Unfortunately, reports started coming in about people filling up the truck bed with a heavy load, and finding the sills had distorted enough to wedge the doors shut.

7. Ranger Was A Trim Level Before It Became A Truck

Since 1983, we've known the Ranger as a compact truck, but in 1965 Ford started using the name for trim packages on F-Series trucks and the Bronco. The name goes back even further still, though, and was originally used for the base model of the Ford Edsel. The Ford Edsel Ranger can be told from other models by its lack of stainless trim on the front doors and fenders. Weirdly, it's a collectible model as not many were made, and people have gone as far as to counterfeit the even rarer convertible Edsel Ranger models.

We talked about how Ford's F-Series of trucks dominate sales, but it's worth wrapping our heads around just how many are sold. 2018 was the first time Ford sold over 1,000,000 trucks globally in one year. That was its 42nd year in a row as America's best selling truck and its 37th year as best selling vehicle overall. That means Ford sold one truck, averaged out, every 29.3 seconds. That's two per minute, a little over 120 per hour, over 2,880 per day, and over 20,000 F-Series trucks sold per week. In total, Ford has now sold over 27 million F-Series vehicles in America, eclipsing the Model T's lifetime 16 million, and isn't letting up. Globally, that number is now above 35 million.

Bigfoot is known and loved the world over to the point that Bigfoot 9 was seized by Brazillian customs in 1990 and never seen again. We're now on Bigfoot 21, but the original was a 1974 Ford F-250 that was so extensively modified by its owner, Bob Chandler, that by 1979 it was regarded as the first monster truck. Due to sponsorships, Bigfoot 10 and Bigfoot 19 were Chevrolet bodied trucks. Still, the Bigfoot trucks are now, effectively, purpose-built trucks that have about the same relationship to their original vehicles as Nascar vehicles to theirs.

11. Ford F-Series Have Been Built Across The US

When the F-1 model was introduced, it was built at all of Ford's 16 assembly plants across the states at the time. By 1956, trucks had become more specialized, and Ford started to consolidate production into fewer facilities, including the specially built Detroit Truck Plant. In the late 1970s, Ford split its North American facilities to make only cars or trucks. Now, all Ford trucks, including ones destined for other countries, are built in the Kansas City Assembly Plant in Missouri and the Dearborn Truck Plant in Michigan.

The F-Series trucks hold their value well and regularly feature in Kelley Blue Book's Best Resale Value Awards. Depending on condition, of course, they have been known to still hold around 50% of their original value after five years. That's 25% more than average vehicles, and part of the reason is because Ford truck owners tend to hang on to their vehicles longer than most. The sheer amount of them may explain why the Chevrolet Silverado and Toyota Tundra currently hold their value better. 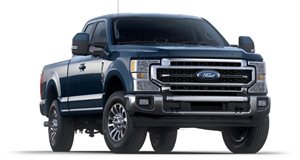 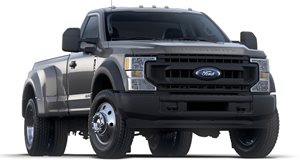