A host of exciting new models will be unveiled to kickstart the twenty-twenties.

2020 has arrived, and there are some exciting automotive reveals to look forward to this year. 2019 was full of big debuts like the Toyota Supra, Chevrolet Corvette, and Porsche Taycan and this year looks to continue that trend. We've come up with 15 future reveals that we are excited about based on rumors, spy shots, and product speculation. There is no guarantee that all of these cars will be revealed in 2020 but we suspect they will be.

The Ford Bronco (and baby Bronco) have been the subjects of endless speculation. It is not often that an automaker reveals a new body-on-frame SUV to compete with the Jeep Wrangler, so it's no wonder people are excited about the new Bronco. We expect the finished design to resemble the Bronco R race truck and be equipped with cool features like a removable roof. The "Baby Bronco" will be based on the Escape platform and offer rugged looks without the size and cost of its larger sibling. We predict reveals at one of the big American auto shows like New York in April or Detroit in June.

After spotting a prototype out testing back in 2018, it seemed like the rumored Lexus LC F wasn't going to reach production. But Lexus recently announced plans for a new twin-turbocharged V8 engine, which could produce over 600 horsepower in the upcoming LC F and LS F. Lexus will host a drive event for the new LC Convertible later this year, which could be a great opportunity to reveal the LC F.

We know BMW is hard at work developing the next-generation M3 and M4, which will be powered by the same S58 engine found in the X3 M and X4 M. Expect to see 450 hp to 500 hp with the option of a manual transmission on the lower output models. This will also be the first time either model will be available with all-wheel-drive. We predict to see separate reveals for the M3 and M4, possibly at the 2020 Geneva Motor Show in March and the 2020 Paris Motor Show in September.

Volkswagen has already revealed the eighth-generation Golf but we won't be getting it in the United States. We will get the hotter Golf GTI, which has already been spotted testing under camouflage. Power will come from a 2.0-liter turbocharged four-cylinder engine but a mild-hybrid system is also a possibility. Some rumors estimate the next-generation GTI could produce around 300 hp but we think the number will be closer to around 240 hp.

It's been a while since we last saw a new Jaguar XJ but the next-generation model will reportedlyditch the combustion enginefor an all-electric drivetrain. The XJ is reported to use a similar drivetrain as the I-Pace but with twice as many electric motors producing nearly 800 hp. Expect to see the new XJ and possibly a new Range Rover at one of the major European auto shows.

Cadillac fans were left disappointed when the CT5-Vand CT4-V were revealed with less power than the outgoing CTS-V and ATS-V. For some strange reason, Cadillac has demoted its V models as it prepares to reveal a new trim level rumored to be called Blackwing. We still have no idea what engines will power the CT4 and CT5 Blackwing models, but some version of the company's new 4.2-liter twin-turbo Blackwing V8 seems likely. We expect a New York or Detroit reveal as Cadillac desperate needs these cars to impress its enthusiast fanbase.

Porsche has already revealed a handful of variants of its new 992-generation 911 but the company isn't even close to finished revealing new versions. There will be a Turbo, Turbo S, Targa, GTS, GT3, GT3 RS, and so on. We aren't sure how many 911 variants will be revealed in 2020 but we expect to see at least a few.

The Chevrolet Tahoe and Suburban were revealed just as 2019 was ending but the GMC Yukon and Cadillac Escalade are both slated to be revealed in 2020. The Yukon will be shown at an event in Colorado later this month while the Escalade will be shown next month in California. Expect to see a variety of V8 engines and a new inline-six diesel with the option for various interior configurations.

The current Mercedes-Benz S-Class has been on the market since 2013, so it is time for a new model. Expect the new S-Class to pack the latest MBUX infotainment system and the most advanced technologies from Mercedes. Mercedes has also been seen testing an all-electric version called the EQS, which was previewed by a concept of the same name. We predict a reveal at one of the major European auto shows.

Hyundai showed off a concept pickup truck called the Santa Cruz around five years ago and we've been waiting for a production model ever since. This may soon change though, as Hyundai recently announced plans to build the compact truck as early as 2021 in Montgomery, Alabama. If this production date is correct, we could see the truck revealed late in 2020. This would be the smallest truck available in the US, giving buyers a compact and frugal alternative to the existing mid-size pickups. 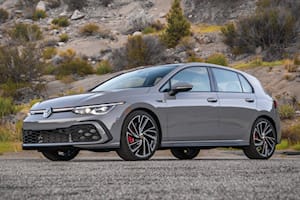 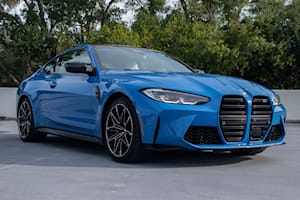