It was a tough year for some excellent cars.

While 2019 was a tough year for the car industry, there were some highlights. Ford sold 75 units of its $450,000 sports car, the GT. Dodge sold 4 Vipers despite it having been out of production for a few years, and, in one quarter, the Challenger actually outsold the Mustang for the first time. Toyota's RAV4 was the best selling vehicle in America that wasn't a truck, and Ram's pickup outsold the Chevy Silverado for the first time.

On the whole, however, sales were down by just over 1% compared to 2018. Unfortunately, it wasn't just sub-par cars that were largely ignored by the buying public. These are the cool cars that sold badly in the US in 2019.

The Lexus GS faces an uncertain future, and the numbers show why it's on the rocks. We're fans of the 5.0-liter naturally aspirated V8 that blasts 467 horsepower with 389 lb-ft of torque to the rear wheels through a slick automatic transmission. It straddles the line between all-out enthusiast's sedan and premium grade executive sedan. People will point to the BMW 5 Series or M5 as a better performing car, but we still love the GS and GS F for its lower running costs, reliability, fun driving dynamics, and for standing out from the crowd.

We expected more Supra's to sell in 2019, despite not starting production until March. After all, the new Toyota Supra is one hell of a sports car and was one of the most eagerly anticipated vehicles of 2019. The real surprise, though, is that its BMW sibling sold more units despite living in the Supra's shadow. BMW sold 2,941 of its Z4 roadsters in the US. Perhaps that means there's a business case for a topless Supra.

We knew the Nissan 370Z would be on this list before we started researching. It's a great sports car, but it has been around for ten years now with no major update. We've seen spy shots recently of a 370Z being tested, which could mean a new drivetrain is on its way, or preparations are starting for a new generation. Nissan has kept its lips tight about future plans but has acknowledged that a new generation of the 370Z is in the pipeline.

Of the affordable sports cars available in 2020, the Subaru BRZ was most likely to end up on this list. While everyone knows the Toyota 86 is the BRZ's twin, the Toyota badged version consistently outsells the Subaru car. In 2019, Toyota sold 3,398 units - over a thousand more than Subaru. Between them, 5,732 sold is a decent number considering how much of a niche market it is for inexpensive sports cars. We can't help but wonder if a stronger engine would help sales as both models are showing their age and power has been a constant source of criticism.

We're not sure the expectation of a 2021 facelift for the Jaguar F-Type affected sales in 2019. The current model is a superb sports car in every way. It looks fantastic, it's poised and balanced, it hangs onto the road like a dictator to power, and has one of the best V6 engines around. We think the supercharged V6 is a perfect match for the F-Type, but if a 380-hp V6 isn't enough, there's a supercharged V8 available and puts down 550 hp. To say we're surprised Jaguar sold well under 3,000 units is an understatement.

The problem Genesis has with its flagship luxury sedan is that it doesn't have a German badge on it, and the average car buyer thinks the Genesis G90 is "just" a Hyundai. We loved our time with the 2019 model, and it has excellent reviews across the board, but people just aren't listening and are splashing out more money for a Mercedes or a BMW instead. That's a shame because the G90 is a beautifully refined car that hasn't cut corners to get there. That makes the $69,350 it starts at as fantastic value for money, but at this point, we're wondering if Genesis would attract more customers with a higher price tag rather than a lower one.

The era of the Audi TT is drawing to a close, and with 20 years as a nameplate under its belt, it has had a good run. There's still another model year before the iconic little roadster and coupe take their final bow, so expect some special editions and a lot of ceremony this year. We certainly enjoyed driving the 20th Anniversary Edition, and the TT holds up still as a peppy, fun, comfortable, and stylish little sports car. It's one we're going to miss, but understand that the end of the road has to be somewhere.

The recipe for the Lexus LC 500 is a classic one, and we're surprised it didn't even sell 2,000 units in 2019. We're talking about an eye-catching luxury coupe with concept vehicle looks and a naturally aspirated 5.0-liter V8 engine that sends 471 hp and 398 lb-ft of torque to the rear wheels. It's a magnificent beast that draws the gaze of passers-by, and all while being comfortable and fast as hell. It's a unique car, and that might be its problem. While it's a car that stimulates all the senses, it makes for a better GT car than it does an outright sports car.

If you want a high-end sporty sedan but don't want a BMW, the Jaguar XF is a great choice that not many people have taken. It doesn't deliver raw power, but Jaguar's supercharged V6 produces 380 hp through a remarkably well-balanced chassis to the rear wheels. Jaguar hasn't broken sales down of the XF Sportbrake variant but has told us that it makes for around 20% of XF models leaving dealerships. That means around 237 will have been sold in 2019.

The Audi R8 is a supercar you can daily drive without the issues usually associated with highly-strung sports cars. It wears a German suit but has an Italian heartbeat delivered by a Lamborghini derived 5.0-liter V10 making 562 hp and 406 lb-ft of torque. When it went on sale in 2006, the R8 forced the traditional supercar makers to think about the everyday usefulness of their cars as well as outright performance.

The second generation arrived in 2015 and was facelifted in 2018, but the 574 sales in 2019 are down 38 percent from 2018. There's no evidence for it, but Audi must be getting ready to show the world a successor. Given Volkswagen Group's drive towards electrification, the R8 being reborn as an all-electric extreme performance car isn't something we would bet against.

If you had asked us ten years ago if we would label a Volvo wagon as cool, it would have been a hard no. However, Volvo has reinvented itself as a sophisticated premium brand and is doing a fantastic job. Only selling 500 Volvo V90 models in the US shows there is no real business case for Volvo selling its wagons here, but we love that the Swedish company is persisting. Given all the people out there bemoaning the fact nobody buys station wagons, this also shows those people aren't either.

Like the Genesis G90, the Kia K900 is a luxury saloon that's a fraction of the price of a Mercedes or BMW equivalent. It's also great to drive, and the fit and finish are as solid and stylish as its features. Unfortunately, while the K900 sells well in other parts of the world, particularly in its home market of South Korea, the American market is not picking up on the champagne car being sold for sparkling wine money. For 2020, the K900 is still $59,900 and comes loaded with features that would drive its competitors over $100,000 as well as a 3.3-liter twin-turbo V6 engine and all-wheel drive.

The lack of visible movement from Nissan on a new generation Nissan GT-R has fans of the car pulling their hair out in frustration. It's also showing in sales with so few Americans deciding to put money down on one of the most important names in modern automotive history. You could argue that 331 sales of a 13-year-old model show just how good the car is. However, Nissan is leaving money and a halo branding opportunity on the table by delaying the delivery of the next generation of its supercar-humbling coupe.

The original NSX caught the imagination of automotive enthusiasts as the affordable supercar. It wasn't cheap, but it certainly wasn't Ferrari money for a car that sat in supercar territory. It brought new technology to the table, including the fact that it was the first mass-produced car to feature an all-aluminum body. It also had the legendary F1 driver Ayrton Senna's name attached to it for developing the handling.

The new Acura NSX came with new technology, including a hybrid drivetrain, as well as gobs of power and excellent grip and handling. Unfortunately, it has failed to capture the hearts of enthusiasts, and sales haven't been high since it went on sale in 2016. Weirdly though, Acura only sold 170 in 2018, and its best year so far was in 2017 with 581 units sold.

The 4C showed so much promise when it arrived as the tip of Alfa Romeo's spear when it re-entered the US market in 2013. The little sports car has a supercar level carbon-fiber tub style chassis and a mid-mounted 1.75-liter turbocharged four-cylinder engine. 237 hp and 258 lb-ft of torque are delivered to the back wheels while the Alfa Romeo 4C is lightweight, and is a seriously agile little thing. Unfortunately, it's in the niche of mid-engined sports cars for under $80,000 that Porsche dominates - at least until the mid-engined Corvette starts registering in the monthly reports. 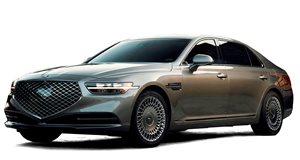 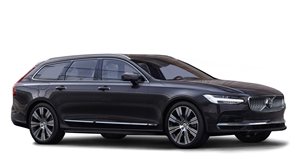