Though Toyota has a fairly illustrious history producing numerous successful sports cars that have enjoyed their fair share of success on the streets and in motorsports, one name stands a little taller than the rest. Of course, the fanboys know what I'm talking about already – it's none other than the Toyota Supra, arguably the biggest nuke in Toyota's historical arsenal, and after 40 years of Supra, we're on the verge of tasting the fifth generation of the legendary marque.

So ahead of the launch of the new one, and the revival of a hallowed nameplate we thought was dead and gone, we thought we'd take a trip down memory lane by looking at four decades of Supra, and how the model evolved in that time.

Instead of using the correct 'A' model designations, Supra fanboys commonly referred to the generations as Mark I, Mark II, Mark III, and Mark IV. While the Supra nameplate is famous, it wasn't until the third generation that the Supra was a standalone nameplate. Originally, the A40 was a spinoff of the Celica liftback; based almost entirely upon the Celica, but 8.1 inches longer overall, with 5.1 of those added to the wheelbase. The doors were straight from the Celica, but the front panels had to be elongated to accommodate an inline-6 instead of the Celica's 4-cylinder engine – which also begs the question if the new 4-cylinder Supra really is a Supra. At the time, the Celica Supra's goal was to rival the highly popular Nissan Z-car. 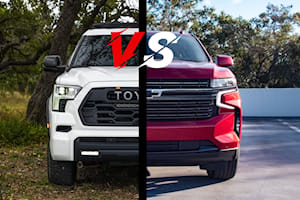 Production of the Celica XX (pronounced 'Double X') as it was sold in Japan began in 1978, with sales outside of Japan only starting in January the following year. Though the Celica Supra may have been derived from the Celica, it packed some pretty rich heritage beneath the sheet metal. The inline-6 cylinder engine was of the same Toyota M-family of engines as used in the famous 2000GT sports car, although multiple variations of the engine were available.

2.0-liter and 2.6-liter displacements were initially available, though the 2.0-liter was only available in Japan so that buyers could avoid additional taxes for higher displacement engines. This 123-horsepower motor was the most powerful of the initial engine options, outgunning the 110-hp 2.6-liter mill first used in export models. Drive was sent to the rear wheels through either a 5-speed manual or a 4-speed automatic gearbox, both of which featured overdrive gears.

Though the gear ratios were actually the same as those of the standard Celica, it was noted that they suited the inline-6 rather well, enabling good use of low-end torque to reach 60 mph from standstill in a little over 10 seconds, and accomplish the quarter mile in around 18 seconds, which were decent figures for the era – albeit slower than the Supra's chief rival, the 280ZX.

Four-wheel disc brakes, four-link rear suspension with coil springs, and front MacPherson strut suspension all should have enabled the A40 generation Celica Supra to perform admirably as more than just a 'super-Celica' with more power. But despite the extra length between the axles and the hardware, the Celica Supra failed to impress at speed or when the roads got twisty, with many noting at the time that it didn't inspire confidence, feel very stable, or even perform any better than a Celica would. Many attributed the lack of feel to Toyota's attempts to imbue the Celica Supra with luxury appeal, which resulted in immense body roll and huge amounts of understeer.

In 1980, for the 1981 model year, Toyota attempted to improve the offering, with a Sports Performance Package boasting sports suspension and front and rear spoilers. Power also took a bump with an enlarged 2.8-liter engine now developing 116 hp and an additional 9 lb-ft of torque, the final torque figure now resting at 145.

Still, the Mk I Celica Supra failed to impress.

For the second generation Celica Supra, Toyota once again based the model upon the Celica, which had been completely overhauled at the same time ahead of the global 1982 release. Though the platform was still the same, the extended wheelbase and bodywork remained due to the inline-6 engine – a hallmark of the Celica Supra – though for the A60 other design traits evolved too, such as the Supra's fully retractable pop-up headlights and the front end design.

In Japan, smaller displacement Celica Supra's still dominated, though some now boasted turbochargers to increase power outputs. However, in the rest of the world, a 2.8-liter 5M engine was the standard powerplant although available in various states of tune. In North America, the 5M-GE started out serving up 145 hp and 155 lb-ft, delivering it all to the rear wheels via the same choice of 5-speed manual or 4-speed automatic as before. The American versions were also wider than their Japanese counterparts to accommodate the 5M motor, giving them a butch stance that made them highly aesthetically appealing.

Despite the criticism of the first generations luxury appeal, the second generation still followed the same bias to an extent. American models could be had in L-type or P-type trims, the former for Luxury and the latter for Performance. They were differentiated by their available options, tire size, wheel size, and body trims. The Performance-type had fiberglass fender flares, sportier 8-way adjustable seats, 7-inch wide tires, and until 1983 no option for leather upholstery. Crucially, all P-types came standard with a limited-slip differential.

Unlike the A40, the A60 received wide praise as a highly capable sporty GT car in almost all facets. While steering feel was still considered a weak point by many, levels of grip were fairly high from the Potenza tires, and the chassis was regarded as highly stable and controllable – largely due to a Lotus-designed suspension setup. At the limit, grip broke away into mild understeer, but many praised the mild lift-off oversteer that characterized a highly balanced chassis that was often likened to Porsche 944s of the era. Though it wasn't considered an outright sports car, the Celica Supra had evolved substantially into something highly competent.

Though the engine was hardly criticized in the early years – on the contrary, it actually received high praise for immense low-down torque, smooth delivery, and crisp performance – during the course of its lifespan, power would be steadily increased until it finally developed 161 hp and 169 lb-ft in its final 1986 iteration.

When the Mk II Celica Supra ended production in 1986, few were expecting how big of an evolution the Supra would make in its next iteration. The Supra nameplate was on the verge of a quantum shift that would see the nameplate evolve into a cult classic, one that would perhaps define Japanese innovation in the automotive sector as few before had. But more on that in Part 2 of our 40 Years of Supra special – The Supra Goes Standalone.