Here are all the cars, SUVs and trucks that won't be returning for the 2020 model year.

As we approach the end of the year, it's time to reflect upon the models that won't be with us in 2020. Some we'll watch disappear into the sunset with a tear in our eye, baffled that they didn't generate enough demand to live on. Others we'll be bidding good riddance to, wondering how enough people kept them alive for this long. The list is ordered alphabetically by brand, and as you'll notice, the vast majority of vehicles not returning for another year are cars.

The word spunky gets used a lot, mainly by PR people who want to appeal to the youth market, but the A3 Convertible is one that's actually worthy of such a description. The A3 will live on, but the drop-top won't return for the 2020 model year. It's a simple case of not enough people buying them, with sales steadily dropping since 2015.

BMW is shifting its lineup around again, and the headline here is that we're losing both the 3 Series Gran Turismo and 3 Series Wagon. The Gran Turismo versions sit in a tiny niche of slightly higher and roomier sedans, and we're not too surprised to see them leaving the US. The wagon variants are going breaks our hearts, though, as we know there's going to be a resurgence in the body style as we reach peak crossover. Something tells us the 3 Series wagon will be back in a few years.

Buick is still a low key automaker when you look at the big picture, and for 2020 we'll be saying goodbye to the LaCrosse and Cascada. It's a shame about the LaCrosse as Buick finally got close to perfection in the premium/luxury sedan market, but in the face of European badge buyers and the relentless growth of the crossover, its time on life support is finally over.

Buick said the Cascada had reached the end of its lifecycle but, in reality, it was built by Opel (who GM sold to PSA) in Poland. The twist being that FCA has just started to merge with PSA.

This really is a one-two-three-four punch, as the Cadillac ATS Coupe and Cadillac ATS-V Coupe won't be with us for 2020, nor will the CTS or CTS-V Sedan. Cadillac is still taking it to the Germans with new models, but the brutal V performance cars will be sorely missed. The ATS-V came with a twin-turbo V6 and a sublime chassis, while the CTS-V came with the brutal 6.2-liter supercharged V8 from the Corvette C7 Z06. The wagon version left us some time ago, but now it's time to pour one out for the high-performance wonders with two and four doors. The XTS also left us in October.

Despite efforts to save it, the Chevrolet Cruze will finally be culled in 2020 after sales dwindled too far. There has been a backlash as loyal owners decided not to buy a Chevy crossover but go elsewhere instead. Time will tell if Chevy should have killed off its compact sedan.

The Chevrolet Volt will also be leaving us. Chevy only sold 2,520 units in the first quarter of 2019 and had to lay down some drastic discounts to get them off of dealer lots in the end.

The Ferrari 488 GTB showed up in 2015 with the first Ferrari turbocharged V8. It's spectacular to look at and to drive with a 3.9-liter twin-turbo V8 rated at 660 hp and 560 lb-ft of torque. Four years later, and its production is ending along with the Spider/Pista/Pista Spider variants.

Don't be too sad though, as its replacement is the Ferrari F8 Tributo that packs the same 3.9-liter V8 but is lighter. According to Ferrari, it's "one of the fastest, most thrilling and communicative supercars ever."

It's time to say goodbye to the Fiat 500 in all its forms in the US. It brings a tear to our eye that the fun little car is leaving us, particularly the hair-brained Abarth version but, in reality, it's amazing that the 500 has lasted this long in the states. It's just not a car we thought the American market would take to, but it carved out its own little niche. FCA says that there's still a decent amount of inventory of the 2019 Fiat 500 and Fiat 500e to last into 2020, so if you've been thinking about one, then it's time to pull the trigger.

Not many people are mourning the loss of the Ford Taurus. After 8 million units over 34 years of near-continuous production, it went out with a whimper rather than a bang. Its legacy for Ford is huge, but the crossover pretty much killed it. Conversely, the wonderful Ford Flex is also coming to an end despite being an excellent crossover. It has a hardcore group of owners who won't give the Flex up in a hurry, but sadly there aren't enough new people buying them.

Other Fords that will leave us are the Fiesta Hatchback, Sedan, and the hugely entertaining Fiesta ST. We believe this is a mistake for Ford as small cheap fun cars still have a market, but time will tell.

The three-row Hyundai Santa Fe XL is leaving us, which makes sense in light of the bigger and all-new Hyundai Palisade. We knew 2019 was to be the XL version's final year, and, given how good the Palisade is, we won't miss it. We noted in our final review of the Santa Fe XL that we believed keeping it for another year and giving it the XL moniker was a desperate attempt to retain market share until the Palisade launches, and we stand by that.

The Q70 luxury sedan and its longer variant, the Infiniti Q70L, suffered from dismal sales. Infiniti sold just 2,196 in the first three quarters of the year, and that's the end of that. We can blame the SUV for the death of the Q70: in the same period, the QX80 SUV sold 14,203 units.

The sportier Q50 and Q60 passenger cars have survived, but the full-size sedan is gone along with the oddity that was the small QX30 crossover.

After ten years in production, the Jaguar XJ sedan and its outrageously quick XJR variant are being put out to pasture. Despite being the British automaker's flagship sedan, it's the model that has been selling the least. Only 1,579 were sold in 2018 in the US, while the F-Pace SUV sold 12,997 units. The XJ name will likely live on, but instead of a 3.0-liter V6 or 5.0-liter V8 under the hood, it will have an electric drivetrain.

Lincoln will see the back of two vehicles in 2020. The MKT three-row SUV is replaced by the Lincoln Aviator, which is, curiously, a reborn nameplate that was originally discontinued some time ago. The MKC crossover also bites the dust in 2020, replaced by the Corsair. It's part of a new marketing strategy from Lincoln to give its vehicles actual names that evoke something in people, and we're totally behind that idea.

Maserati introduced the GranTurismo at the 2007 Geneva International Motor Show. After over a decade on sale, it's now taking its swansong in the form of the GranTurismo Zeda special edition. It signifies the end of Maserati using Ferrari drivetrains for its cars, and the GranTurismo and GranTurismo convertible's successors are expected to ride on hybrid, plug-in hybrid, and electric drivetrains. Its performance will be missed, if not its reliability, but we're excited to see what's in store for Maserati as the Italian automaker enters a new era.

The Mercedes-AMG GLE 43 Coupe is no longer going to be with us, but fans of German 4-door SUVs need not worry. It's replaced by the unimaginatively named successor, the Mercedes-AMG GLE 53. The good news is that the 53 doesn't pretend to be a coupe, and is a good looking SUV that oozes style and class. While the 4-door coupe is frowned on in a lot of quarters, the AMG GLE 43 Coupe certainly grabbed attention with its thrilling 385-hp 3.0-liter twin-turbo V6. We'll remember it as a bit of an anomaly, but a fun one.

Sales have been slow of the iconic AMG SL63 roadster, but it's European emissions regulations that have killed it off. If it's not worth building for Europe, that means the US market also misses out here.

Nissan is dropping a few models from its lineup for 2020. The Sentra Nismo is often forgotten about, and that's because it's a disappointment for not living up to the Nismo name. The 370Z Roadster is finally being put out to pasture, having lived long past its expected production run. The Rogue Hybrid is also taking its final bow in 2019, but the surprise is the Nissan Versa Note being put to sleep. At $16,545, it was one of the cheapest practical small cars you could buy.

The Ram 1500 Classic is the last generation model of the Ram 1500 that's sold at a great price. Unfortunately, it's about to go two generations behind. Understandably, Ram doesn't tout the Classic too much but if you want a cheap new truck that will last a long time hunt one down before it's gone.

The Rolls-Royce Ghost was introduced in 2009 and is one of the company's best-selling models, helping to introduce younger customers to the ultra-luxury brand. The Ghost is the car you keep in the garage for when the chauffeur has the day off and need to drive yourself. Although it's built on the BMW 7 Series' chassis, it doesn't drive like one. Instead, the Ghost feels like you're driving a cloud. Its replacement will likely have the same V12 engine but roll on Rolls-Royce's new aluminum-based architecture to make it lighter and stiffer.

The Smart Fortwo Electric Drive, the brand's last remaining model in the US, won't be coming back for 2020. What's amazing is that the tiny car has been here since 2008. America is famously hard for a small car to get a foothold in, let alone something that's only just bigger than the average roller skate. It also has a rear-mounted three-cylinder engine in a country where cylinder count and horsepower matters.

Toyota currently has a large and robust range, but there's no room for the Prius C. The baby Prius was aimed at younger customers who wanted something smaller than the regular Prius. But without a significant refresh since its introduction in 2012, it died on the vine. Ed Laukes, Vice President of Toyota Marketing, said the Prius C "has served its purpose well." In reality, the Corolla Hybrid serves the same purpose but with better fuel economy.

After what feels like the longest goodbye ever, the Volkswagen Beetle is finally done. The last one was a Denim Blue coupe built by the Volkswagen de Mexico's Puebla plant before it shifted to build a compact SUV for the North American market. The final model produced is also kept in Volkswagen's museum in the city of Puebla, Mexico. Volkswagen likes to tell us that the old and new Beetle are linked, but it is ridiculous to compare the original rear air-cooled engined Beetle to the front-engined water-cooled version. Still, it was a fun car and will be missed, particularly in cabriolet form.

Also leaving us is the Golf R, Alltrack, SportWagen, and e-Golf. The Alltrack and Sportwagen are niche vehicles we're not shocked to lose, and the e-Golf is no surprise as VW is about to start unleashing electric cars on the world. The Golf R is a shock, but the reality is that not enough people are buying them. 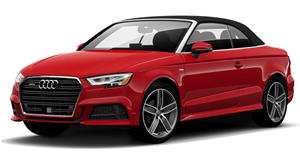 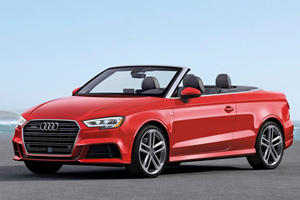