A clean-sheet-designed engine used in just one model of car is a rarity.

It's a rarity that an engine is designed and built for only one car. It's even rarer in modern times when keeping costs down is the name of the game. Having as few engines to cover as many cars as possible saves development costs, as does a modular approach to building them. That allows manufacturers to build different engines with different sizes and performance abilities using the same building blocks.

The increasing rarity of one engine for one car is why we raised our eyebrows when Maserati developed the Nettuno V6 engine in-house for the MC20 supercar, then declared that "The Nettuno is built only for the MC20, so you will see it only on that car." It's not the first car to feature a clean-sheet engine that won't get work in another vehicle, but it's infrequent enough that we've drawn up a list of the most interesting ones, starting with the Maserati.

It seems odd that Maserati would constrain its first in-house developed engine in a long time to just one car. However, Maserati's chief engineer for high-performance engines, Matteo Valentini, says "the plan is that the technology from it, particularly the twin-combustion system, will be used on many other engines in the future." That twin combustion system is just one of the engine's highlights, and the 621 horsepower V6 uses 12 spark plugs to generate its power. Using the system, which essentially pre-combusts the air/fuel mixture in a separate chamber to the main one, means the Nettuno engine is reasonably economical while making crazy power. It also reduces turbo lag, meaning Maserati was able to scale back the size of the turbo while still producing considerable power from a V6 engine.

UPDATE 01/26/2023: At the time of writing this article, Maserati officials were on record that the Nettuno would only exist in the MC20. However, this stance has subsequently changed, and the Nettuno now powers the Grecale Trofeo and the GranTurismo.

The high-performance Cadillac CT6-V appeared in 2018 with the new, highly anticipated Blackwing V8 engine. The 4.2-liter twin-turbo was Cadillac's first in-house dual-overhead cam V8 engine since the Northstar. The two twin-scroll turbos were mounted in a hot V configuration, making the engine responsive and efficient while it made its 550 hp and 640 lb-ft of torque.

The Blackwing is a sophisticated, hence expensive, engine to produce, and that was its downfall. The reason it's only in the one model car is that it went out of production before Cadillac could use it in the Escalade. A detuned version was used in the regular CT6 for the 4.2 Platinum trim, which Cadillac didn't expect to sell very well. However, it sold out quickly.

The Porsche Carrera GT was initially conceived with a turbocharged flat-six engine in mind. However, it was redesigned to use the now legendary V10 derived from the canceled Porsche LMP2000 race program. That was, in turn, derived from a V10 Porsche built for the Footwork Formula One team. The original Carrera GT concept used a 5.5-liter version of the V10, but it was enlarged to 5.7-liter and made 603 hp by the time it reached the production car. It allows the Carrera GT to sprint to 60 mph in 3.5 seconds, 130 mph in 8 seconds, and sound amazing while doing so.

Like the Carrera GT, the Lexus LFA arrived with its own naturally aspirated V10 engine. It made 553 hp delivered in full at 8,700 rpm, but will wail all the way to 9,000 rpm. Part of the decision to develop a V10 with Yamaha for the LFA was that it would rev higher than a V8 and have a lower reciprocating mass than a V12.

The final product also ended up weighing less than the standard V6 engine Lexus was producing at the time. Another part of the design brief was to create a V10 that sounded like an F1 car but wasn't so strung out and in need rebuilding every couple of thousand miles. Lexus wanted it to be Lexus reliable, so the LFA's V10 was developed with vibration control in mind.

Audi's V12 TDI engine is still the only twelve-cylinder diesel engine used in a passenger vehicle and only featured in the Q7 SUV. According to Audi, the engine is based on diesel technology from the Audi R10 TDI race car, but they share no actual DNA.

The 6.0-liter engine generated just over 490 hp and an incredibly muscular 738 lb-ft of torque for an SUV built in 2008. Audi did plan to bring the Q7 V12 TDI quattro to the US using diesel emission treatment technology developed between Volkswagen and Mercedes-Benz. Still, it never made it to these shores, partly due to the financial crisis that arrived as the vehicle went into production. For Europe, the V12 powered Q7 was available until 2012.

Toyota's luxury flagship sedan, the Century, is pure Japanese Domestic Market, but that doesn't stop us from loving it. The Century Royal version is Japan's official state car, but both versions are completely bespoke, all the way to the Century's V12 GZ series engines.

There are only two of those engines, and both were exclusive to the second generation Century built between 1997 to 2017. The 1GZ-FNE version runs on compressed natural gas and makes 255 hp and 299 lb-ft of torque and was available 2003-2004. The gasoline-powered 1GZ-FE makes 295 hp and 355 lb-ft. However, those are the official figures via the Japanese Manufacturers' Agreement, and it's commonly believed the 1GZ-FE makes around 308 hp.

When Porsche tried to start replacing the 911 in 1977, it went with a front-engined V8-powered luxury grand tourer. It was Porsche's first production V8, and the first iteration was a single camshaft design with 4.5-liters of displacement. It made 219 hp in US market models and 237 hp everywhere else.

By the time it finished production in 1995, the largest version of the M28 engine was 5.4 liters and made 345 hp with 369 lb-ft of torque. However, the fastest 928 was the "Rekordwagen." It was built by 928 Motorsports, LLC, making 900 hp from its supercharged and bored out 6.54-liter V8. Rekordwagen was built for a land speed record attempt and clocked in at 216.63537 mph on the Bonneville Salt Flats. 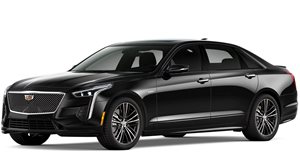