8 Cheap Cars You Can Buy With 400 Horsepower

Cheap is still relative, but you don't have to rob a bank to get 400 hp.

The old cliche of "there's no replacement for displacement" is now an artifact of car culture as turbocharging technology is so good. However, the V8 is not dead yet and is still the best naturally aspirated route to 400 hp. So if you want that sound and torque, you still have options for cheap cars with 400 horsepower. It's taken a long time to get to this point, though.

In the 1990s, a Cobra Mustang came with a 200+ horsepower V8. The legendary early 21st-century E46 generation M3 made 360 hp and was expensive then. But now, 400+ hp is something you can get into new for not a lot over $40,000. However, we're not limiting ourselves to new cars here in our hunt for cheap cars with 400 hp. In the used market, you can find some gems that are five years older or less.

The Infiniti Q50 and Q60 Red Sport models are always on any list of cars with 400 hp stock. When we reviewed them, we concluded that you would buy the sedan or coupe, respectively, just for the engine. It's a twin-turbocharged gem making exactly 400 hp that, until recently, was only available in the two Infiniti Red Sport models. Like most Infiniti models, the cars are fine but dated in the technology department. The engine is a beast, though, and we've found 2017 Q50 sedans with around 80,000 miles for a little over $20,000. It shouldn't be long before it starts making lists of cars with 400 hp under 20k, and it's a bargain now. The Q60 holds value better and is mainly in the high $30k mark. However, that should change now that the twin-turbo V6 has found its way into the Nissan Z coupe.

It took a long time for the 3.0-liter twin-turbo V6 to make its way from the Infiniti models into Nissan's more affordable sports car. It's here now, though, with 400 hp and 350 lb-ft of torque at its disposal. The Nissan Z is now one of the cheapest new cars you can buy with 400 hp, coming in with a base price of $39,990. Unlike the Infiniti models, it's available with a manual transmission. It's destined to become a tuner favorite, although out of the box, it makes for an excellent grand tourer.

The best way to buy a Ford Mustang GT is used. The first owner doesn't tend to thrash the V8 as much as people think. In basic trim, it's mostly a personality expression car. That makes them not just one of the cheapest cars with 400 hp you can pick up but one of the best. We're finding great 2017 examples for around $20-$25,000, and it comes with 435 ponies and 400 lb-ft of torque from the 5.0-liter V8. The Ford Mustang is a proper sports car, so you can buy it with a manual transmission. Plus, the aftermarket is wild if you want to start tuning it. The one caveat here, though, is that it might be worth waiting for the next generation to come out to see the price of the current generation come down even further.

If you want a V8 for similar money to the Nissan Z, then the Chevrolet Camaro 1SS is not much more expensive to get into new at $40,995. It has a 6.2-liter V8 engine making 455 hp and 455 lb-ft of torque. It's also available with a manual transmission, and it goes like stink. Out of the box, it's one of our favorite cars with 400 hp to take to the track. The chassis is tight and comes with Brembo brakes and performance-tuned suspension. It also sounds fantastic without looking to the aftermarket for a new exhaust. The cheaper option is the 1LT at $37,495, so go check that out before the dealer sells you up. Either way, if you've been thinking about buying a Camaro new, now is probably the time to do so.

If you're looking for cars with 400 hp under 20k, you'll have to go even further back than our 2017 cutoff for a Corvette. But, for around 50k, you can pick up a 2017 Corvette Grand Sport Coupe Grand Sport 1LT with 460 hp. Because it's a 2017 model, that means it's the C7 generation, so the V8 engine is at the front. Hunt around, and you'll find them for less but with more miles, but the one we're eyeing up has 37,000 miles on it and is advertised at $56,977. That's a huge amount of car for the same sort of price as a Challenger R/T Scat Pack Widebody with 485 hp, except the Corvette can go around corners.

The more affordable German cars tend to sit at around 385 hp, so the 401-hp Audi RS3 isn't the cheapest car on this list at $59,995. It is the only car here with an engine featuring less than six cylinders, however, although the five-cylinder engine is turbocharged, and it's an absolute riot. Seriously, it's got a ton of character and sounds fantastic. For your money, you're also getting Audi's all-wheel-drive system and technology that blows everything else on the list out of the water.

One of the cheapest used cars with 400 hp that you wouldn't expect is Audi's 450-hp all-wheel-drive sport sedan, the S6. You can pick up a 2017 model for just under 30k if you don't mind a few miles. It's a premium car with a lot of moving parts, so it's not for the squeamish. As premium cars get older and cheaper, the cost of maintenance and repairs doesn't tend to shrink. However, if you want something fast and stylish, the S6 will keep aging gracefully. If you really want to roll the dice with cars with 400 hp under 20k, then you can look at the 5.2-liter V10-powered Prestige model with 435 hp. That's a little less power, but the V10 bit is not a typo.

If you're sifting through the cheapest used cars with 400 hp, you will eventually end up searching for a 2005-2007 model-year Chevrolet Corvette. We've just done the work for you. You can find them on used car lots for 15-20k. If you're looking for cars with 400 hp under 10k, you're still going to be looking for a 2007 Chevrolet Corvette. However, you'll end up with one that has been thrashed within an inch of its life.

Unfortunately, C6 generation models have risen in price due to drifters realizing there are a lot out there for sale that have been taken care of by boomers thinking they would be an appreciating asset. That doesn't mean they aren't a great buy, though. And, if you don't mind paying a little more, 2008 models got a bump in horsepower from exactly 400 to 430 hp with an upgrade from the 6.0-liter LS2 V8 engine to the 6.2-liter V8. 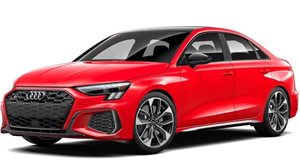