When Volkswagen popularized the hot hatch in the 1980s, the recipe became clear. Take a practical and relatively inexpensive car and give it performance chops that an enthusiast could enjoy. No longer was the idea of a fun car to drive married to rear-wheel-drive. It was also a whole new discipline to master for the more experienced drivers to coax into going fast. Torque steer needs to be managed, and understeer has to be embraced and used to get the most out of an overpowered hatchback. Some of the most iconic hot hatches concentrated on being lightweight and nimble, but those aren't the ones we're going to concentrate on here. These are some of the cars that took, or take, everything to an extreme, often bending or just smashing the original idea that made the segment popular. And in case you're looking for the VW Golf W12-650 pictured below, you won't find it. That was a concept, the rest of these were reality.

The Austin Metro was one of the UK's most boring cars, particularly popular in the 1980s. It was based on the Mini platform but devoid of the icon's charm or style. For a good portion of its life, the Metro was the UK's best-selling small car. The MG Metro was a gently warmed-up version but was about as exciting as stamp collecting. However, somewhere in the Austin Rover Group, someone had the idea of sending it into Group B rallying. The result had nothing to do with the original car except a resemblance in the lightweight bodywork. Instead of a measly 1.1-liter four-cylinder engine under the hood driving the front wheels, the 6R4 had a bespoke V6 mounted behind the driver's seat powering all four wheels. Williams Grand Prix Engineering developed the car, but to go rallying it needed to be homologated. The road-going 'Clubman' version was built, with 200 of them making just over 200 horsepower. A further 20 were built to international specification, and the engine was uncorked to make an insane 410 hp.

Unfortunately, its rallying success was hindered by engine issues in its first season, and before they could be ironed, Group B met its demise.

In 2001, Renault launched an incredible version of its popular hatchback, the Clio. The French automaker tore the rulebook for road-going hot-hatches apart and had Tom Walkinshaw Racing develop and build the cars with a mid-mounted V6 engine. When the Phase 2 car was introduced in 2003, it became the most powerful serial production hot hatch in the world, with over 250 hp being delivered to the rear wheels through a five-speed manual transmission. Surprisingly, 2,822 were produced in total, making it a rarity but not quite a unicorn car.

They were notoriously tricky to handle, with a short wheelbase and a weighty rear end resulting in snap oversteer. But, as a homage to the old Renault 5 Turbo of the 1980s, it was fitting tribute.

As it was based on a shortened version of the AMC Hornet, the Gremlin was rear-wheel-drive. When someone wanted to make a hot version of the ugly little hatchback in true American style, they simply dropped a V8 under the hood. AMC did that itself, but it made a paltry 150 hp. However, the Randall AMC dealership in Mesa, Arizona, saw an opportunity and swapped the 4.7-liter unit for a 6.6-liter engine with AMC's blessing and the result was astounding. Weighing around 1,000 less than an equivalent early 1970s Mustang or Charger, people could buy a 13-second quarter-mile car for $2,995 from a dealer. With a bit more cash to spend, they could pile on the options like headers, a high rise intake manifold, and a Twin Grip rear end. However, it was a Gremlin and didn't have the muscle car credibility to sell well. As a result, only 21 were built - 20 for the street and one for the strip, while a 22nd continuation was built in 2012.

For more mid-engined madness, we have the Nissan Micra 350SR. Nissan's little runaround is near the bottom of the list when it comes to hatchbacks that would make sense to make hot. However, the automaker brought in Ray Mallock Ltd (RML) to engineer the little wonder. RML had worked with Nissan in the British Touring Car Championship (BTCC) before and set to work installing a de-tuned version of the Primera race car in the K12 generation Micra. Also installed was the racing six-speed sequential gearbox, and drive was routed to the rear wheels. Understandably, the highly-strung race engine didn't suit the car at all for road use, so it was switched for a Nissan VQ series 3.5-liter V6 and a traditional six-speed manual.

Only one was built, and it ended up with Evo magazine in the UK as part of its long-term test fleet. The magazine said it was deafening and tricky to drive, comparing it to an "... old-school 911, only with a higher center of gravity and an angrier power delivery." More importantly, the magazine also described it as entertaining and bonkers fun.

The adorable little Audi A1 was the baby of Audi's range that, and in its sportiest guise, had a 1.4-liter four-cylinder engine making 182 hp powering the front wheels. That was overkill for the little city car but wasn't the end of the story. Audi went ahead and made a limited edition featuring a 2.0-liter TFSI engine, all-wheel-drive, a six-speed manual, an electronic differential lock, and modified suspension. Audi says it took around 600 modifications to create the A1 quattro, including creating a gas tank that wraps around the driveshaft. The end result is 252 hp in a car weighing just 3,000 pounds. Audi made 333 of them, and they all came in Glacier White Metallic with a black roof and with unique 18-inch turbine-style wheels.

One of the most sought-after hot hatches in the late 1980s and early 1990s was the Lancia Delta in one of its performance guises, which started with HF and ended with the awe-inspiring beauty and performance of the Delta HF Integrale Evoluzione II. Unfortunately, while its analog driving experience hasn't dated, its 212 hp and last-century weight have. In a fit of insane nostalgia, an Italian company called Automobili Amos has addressed that and created the Lancia Delta Futurista. Only twenty were built and are based on Delta Integrale donor cars, but now everything that can be lightened using carbon fiber has been. The Delta Futurista weighs just 2,755 pounds and makes 330 hp through a reinforced version of the original transmission. It also cost $347,000.

Renault is a hot hatch king in Europe, and to become king of the Nurburgring, it developed the ultimate version of its Megane hot hatch. Only 500 are being built, and you could buy a Civic Type R touring car from Honda for the same money. However, what you're getting with Trophy-R is race car technology in a road car. For example, one of the chief engineers is François Xavier Delage. He was on Renault's F1 team during its title-winning 2005 and 2006 seasons and said, "Every component here had to be designed in time for Nürburgring test days, in much the same way F1 parts had to be developed ready for each Sunday."

The engine generates around 300 hp, but that's certainly not the headline as it really is designed to nuke Nurburgring records. The suspension is adjustable, it comes with a roll cage, and you can spec it with a set of carbon wheels for track days. It weighs 2,879 by losing everything that doesn't help driving, but it still has a media screen. That was kept for the drive mode selection, but Renaultsport saved 250 grams by using the smallest available unit from the parts bin.

Around 2010, Aston Martin needed to have some cars in its lineup that weren't fuel-guzzling monsters to meet emissions standards. The answer was to rebadge the Toyota iQ and give it a leather interior, advertise it for around $40,000, and call it job done. Except Aston's engineers started playing with one of the baby Japanese city cars and the V8 from a Vantage S. Someone at Aston pointed out it was a terrible idea, and the skunkworks project was mothballed. However, a particularly wealthy customer decided they wanted one, and the project was resurrected in 2018 on the mysterious customer's dime. A one-off was specified, and that's what they got. Well, sort of.

The Cygnet V8 is essentially the front and rear subframes from a Vantage S with as many components as possible bolted onto the chassis from an iQ, then the engineers had to build a cage to act as a space frame so the car didn't fold in on itself. Aston won't say how much it cost, but we suspect that the bigger the number, the more hilarious the Aston Martin Cygnet V8 becomes. 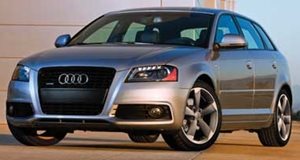 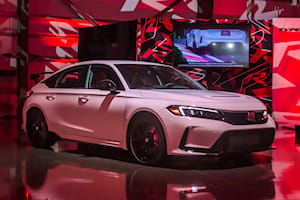