The sport utility vehicle (SUV) market might be at its most rampant right now, but it has a long history with a lineage dating back to the military Jeep. That means there's a rich tapestry to explore as the SUV rose to prominence, and that history is full of missteps, bold ideas that should have worked out, and good ideas launched at the wrong time. Add to that a market that was less global than it is now, and you have a lot of vehicles that fell through the cracks you might not have heard of. These are some of the more interesting examples.

Montverdi was a Swiss brand that existed from 1967 to 1984 and produced a series of vehicles, including the wonderful Safari model. Traditionally, Monteverdi built supercars, but the Safari wowed when it went on sale in 1976. The coachbuilt SUV was based on the International Harvester Scout, which makes the Safari one of the earliest luxury SUVs. Standard equipment included a Chrysler 5.2-liter V8 but could also accommodate the same company's 7.2-liter V8. The bodywork was by the Italian coachbuilder Fissore, and the Safari sold until 1982, outlasting the International Harvester Scout by two years. We assume Monteverdi stocked up, and we know not many were sold compared with the Range Rover models in Europe.

The Isuzu VehiCROSS isn't on this list because it has become well known. There's actually a bunch of forgotten Isuzu SUVs, but its the Amigo that we adore. It arrived in the US in 1989 as a short-wheelbase semi-convertible SUV, coming with a choice of a 2.3-liter or 2.6-liter four-cylinder for its first outing. Then, from 1998 until it disappeared for good in 2000, it could be bought with a 2.2-liter four or a 3.2-liter V6. It was based on Isuzu's pickup truck of the time and is related to the later-launched four-door Rodeo. The Rodeo was better known as it was also badged as a Honda and sold through Honda dealerships. However, the sole source for the Amigo was Isuzu dealers.

If you haven't heard of the Pontiac Torrent, that's because was overshadowed by the horrific mistake Pontiac made by creating the Aztek. The Torrent was the Aztek's replacement, but nobody was interested - even in a GXP "performance" model. The Torrent was essentially a Chevrolet Equinox with stiffer suspension, and the GXP version came with a 3.6-liter V8 with a performance tune to make 264 horsepower. It was also longer and lower, sitting on tuned suspension, and had hydraulic power-assisted steering rather than the standard electric power-assisted system. Overall, it was a big step up from the standard Torrent, and GM was pushing it as a lower-cost yet more powerful rival to the BMW X3. Nobody was buying that or the Torrent GXP, as it sold for just one year as a 2008 model.

U.S. Specialty Vehicles (USSV) advertises the Rhino G.X. as one of the largest SUVs available, and that claim is backed up by the Rhino G.X. being based on the F-450 Ford Super Duty. The monstrous on or off-roader can be bought with either a 6.7-liter V8 Turbodiesel or a 6.8-liter V10 gas engine under the hood, and looks like it could be dropped into a war zone and easily emerge unscathed. However, inside the G.X. model is a hand-built cabin featuring amenities like a 40-inch television and decorated in wood trim. If you like the look of the Rhino G.X., it starts at just $330,750.

Rewinding the clock more than 40 years, we have the wonderfully bizarre Jerrari Wagoneer. It was William Fisk Harrah, of Harrah's Hotel and Casinos fame, who commissioned a pair of Jeep Wagoneers with 4.4-liter Ferrari V12 engines replacing the AMC factory V8s. The idea came about because Harrah asked Enzo Ferrari to make a four-wheel-drive vehicle, but Ferrari refused. For the first Jerrari, a 1969 Jeep Grand Wagoneer was given the engine and transmission from a Ferrari 365 GT, then the front end of the classic supercar was grafted on. The second vehicle was a 1977 Jeep Wagoneer that was kept mostly stock with its looks, but a few extras from the donor car were used, such as the quad-tip exhaust and the Ferrari steering wheel.

The Isuzu trooper sold incredibly well due to being a solid workhorse of an SUV and a perfectly adequate family vehicle. And because it appeared on other automakers dealers lots with their badges on. However, the Isuzu Trooper RS was overlooked because at the time it went on sale, as three-door SUVs were dropping hard in popularity. As well as two-less doors than the standard second-generation Trooper, the RS model was shorter with its 91.7-inch wheelbase compared to the full-size model's 108.7 inches. The rarest is the first generation Trooper RS, which appeared in the U.S in 1989, sold poorly, then disappeared as quickly as it appeared. The first-gen shown below is active in Arizona, and its owner, Kyle Knoll, keeps it alive using the wealth of parts available from salvage parts from full-size Troopers.

Most Russians and many readers outside the U.S will be familiar with the Lada name and the Niva as it has been sold in over 100 countries worldwide. But it still bears mentioning that the Russian-built SUV was the first mass-production off-road vehicle to use a unibody architecture with a coil-sprung independent front suspension. That makes it something of a true crossover and a predecessor to the vehicles that are now commonly built on a car's architecture. It's also the longest-running 4x4 on the market still available in its original form.

That doesn't make it good, though, it makes it cheap. It first launched in 1977, and the original is now called the Lada Niva Legend as a second-generation has been launched. It was originally designed as an agricultural vehicle and has the comfort, build quality, and safety standards you would expect from a 30-year-old vehicle created during the Soviet Union's "era of stagnation." However, there are reasons it has lasted so long. The Niva is cheap, simple, and surprisingly versatile. Amazingly, it has even won the Dakar Rally.

Chevrolet already has an electric crossover, albeit one so compact you could call it a hatchback. It's a Chinese market electric vehicle and has a unique trim level structure that includes Starshare, Galaxy, Nebula and Starlux. It's also, due to government subsidies, China's lowest price electric compact utility vehicle (CUV). It has a range of around 250 miles using the New European Driving Cycle (NEDC) while developing a reasonable 148 hp and 258 lb-ft of torque. Given that it's a good-looking vehicle with decent specs, it's a surprise Chevy hasn't brought a version to the U.S yet.

That's because the luxury SUV is essentially a hand-built armored law enforcement vehicle called the Terradyne Gurkha that runs on a 6.8-liter bio-fuel-powered V10 engine. Conquest takes the armored SUV and goes nuts on the inside with lashings of leather, adds LED lighting, a television, a PlayStation, and other high-end features. Staying true to Conquest PR parlance, we're going to say the company upluxuried the Terradyne Gurkha. 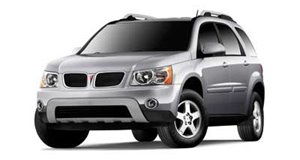