Welcome to the Million-Mile Club.

It's not every day you come across, let alone read about, a car that's been driven more than one million miles. Owners that want their rides to last forever have to meticulously maintain every little detail, from all of the car's mechanicals to its exterior paintwork.

Considering the popularity of two, three, maybe five-year leases, owning a car for decades will sound strange to some people. Just make a monthly payment, don't worry at all about maintenance (warranty-covered), don't exceed your yearly mileage limit, and that's about it. You'll be trading in the car in for a new one before you know it.

Well, that formula doesn't work for these car owners who have all managed to put over a million miles on their rides. They're committed to their cars for the long haul. Literally. 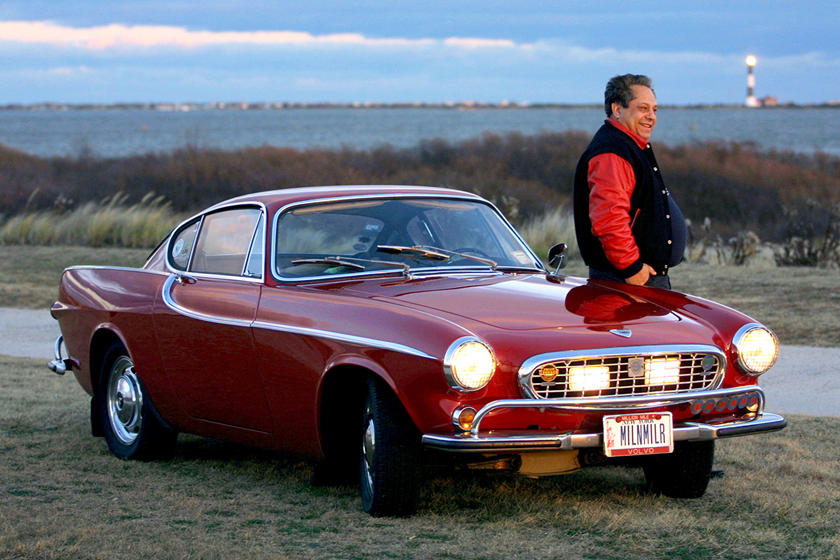 Meet Wisconsin resident Peter Gilbert. He worked as a traveling salesman and, of course, needed the right vehicle to get him everywhere. That vehicle was a 1989 Saab 900 SPG. Gilbert properly maintained his Saab with a new transmission at 200,000 miles, a total of 88 tire changes, and three new cylinder head gaskets enabling him to put 1,001,385 miles on the odometer. It's an incredible accomplishment for both car and driver, but all good things must come to an end.

Back in 2014, Gilbert took one final drive in his Saab to the Wisconsin Automotive Museum where he donated it. In appreciation for his generosity and high-mileage accomplishment, Saab gifted him a new 9-5 Aero. Unfortunately, Saab went out of business soon after.

They say Hondas can be driven forever. Well, they're right and this 1990 Honda Accord sedan is proof. Joe LoCicero drove his Marysville, Ohio-built Accord for two decades until Honda decided to give him a then brand-new 2012 Accord sedan in late 2011. "If you listen carefully, she's getting old," LoCicero said, "but it's been an amazing ride." He nicknamed his Accord "True Blue" for its light-blue exterior paint, and Joe himself has rightly earned a nickname: "Million-Mile Joe." And to top it all off, Joe doesn't live in a warm and sunny climate like Southern California, but rather in Maine, where his Accord survived the harsh winters and lots of snow.

And if this isn't all amazing enough, LoCicero isn't even the car's first owner. He bought it used in 1996 when it already accumulated 74,000 miles. He simply kept her going with diligent maintenance, keeping track of every fill-up (yes, really), tire rotation and oil change in over a dozen notebooks.

Clocking up a million miles is impressive enough, but doing it in just six years is incredible. But that's exactly what this 2006 Chevrolet Silverado achieved. Hugh and Tammy Pennington of Delton, Michigan bought the truck new in 2006 while the couple lived in Georgia. Not only are they truck lovers but they also love traveling. The Penningtons also have big hearts and did their part to help out those in need following the devastation brought by Hurricane Katrina. They began hauling aid, Federal Emergency Management Agency trailers, down south immediately following the hurricane.

Later on, they began hauling fifth wheels and trailers from factories to dealerships while working for a transport company. In between, they took several long-distance vacations to parts of Canada and the US. One day they were in Chicago when the odometer began saying "error". They hit the million-mile mark and the odo didn't know what to do. It was soon turned back to zero.

Not all million-mile cars were purchased by private individuals. In this case, it was by a company, and it had a very good reason for doing so. Back in 1990, American oil company Mobil 1 bought a then brand new BMW 325i for testing lubricants. The BMW was chosen because of its impressive 2.5-liter inline-six engine. It was the ideal motor for long-term testing. The company figured it'd be a fascinating experiment to see if the 325i could be driven a million miles. Turns out it could, but like we said this was an experiment.

The coupe never left the garage. It wasn't driven anywhere. Engineers placed it on a rolling road, think of it as a treadmill for cars, fitted it with a never-ending fuel tank, and stuck the throttle at 85 mph. Then they sat back and let it run for four years. Once it hit a million miles, mechanics took its engine apart piece by piece and discovered that overall wear and tear was negligible. The 325i's engine was still within factory specs for a new car.

Guy Newmark was gifted his 1964 Porsche 356C coupe as a college graduation present from his father and he's driven it ever since. That was over 50 years ago. Newmark and "Blu" drive everywhere together. It's been a mutually beneficial relationship. Newmark religiously maintains "Blu" with a service every 3,000 miles and "Blu" will always get him to his destination. The odometer has since rolled over for the tenth time. Proper and diligent maintenance makes all the difference.

The Lincoln Town Car may be long gone, but there are still plenty out there and not all of them are limousines. One such example is this 1983 Town Car owned by Chet Belisle. Having been driven over 1.3 million miles, this old land yacht is still going strong. Belisle likes to drive the car coast-to-coast and he's never broken down. An engine and transmission rebuild and regular maintenance ensure that'll never happen. He also takes advantage of lifetime warranties for various parts wherever they're offered. He's also logged miles and tunes up from the day he drove it home from the dealership when it only had 53 miles.

Dan Edelman prefers his vehicles to be dependable rather than luxurious. His 1996 Dodge Ram 2500 is proof. It's a true truck that has over 1 million miles on its clock. In fact, he hit that million mile mark back in 2010, so who knows what it's up to today. Edelman also owned a 1994 Plymouth Voyager with 620,000 miles on it at the time of the truck's milestone. Edelman's secret to success isn't really so much a secret. Regular maintenance is key.

The truck has received new radiators, starters, generators, and pumps the moment they're required. Edelman also believes the truck has lasted for as long as it has thanks to its mostly mechanical engine. Only half a dozen components are electrical. Even the fuel injectors and pump are mechanical. That makes a big difference.

Paul Harman bought his Mercedes-Benz 240D used back in 1983 when it had 40,000 miles on it. In 1991 he'd driven it over half a million miles. In 2008, the million mile day arrived. As with all other million mile car owners, Harman has his car serviced regularly, in his case every 3,000 miles. Its four-cylinder diesel was given a complete overhaul at 376,000 miles. The driver's seat was even restored at 550,000 miles along with all of the body's rubber seals. It's also received a fresh coat of exterior paint to keep it looking good.

If Chevy and Ram trucks can achieve over one million miles, then why not a Toyota truck? This 2007 Toyota Tundra is owned by Victor Sheppard and it was in 2016 when he and his truck earned their official million mile card membership. Because of Sheppard's oil supply delivery job, he's required to drive to oil fields across the country. He bought the truck new and has done all of the oil changes himself. The sole mechanical issue he had was at 776,000 miles when the reverse went out. He's since had it fixed and the Tundra is still going strong. The odometer actually stopped working at 999,999 miles.

If you thought a million miles on a car or truck was pretty insane, just wait. This 1966 Volvo P1800 has been driven well over three million miles by its sole owner Irv Gordon. He bought the gorgeous coupe new back in 1966 and the two have been together ever since. In fact, he bought the car on a Friday and brought it back to the dealership the following Monday because he drove it 1,500 miles. It was a holiday weekend and, well, he was in love with the driving the car.

He managed to accumulate 500,000 miles in just 10 years and ultimately the one million mile mark in 1987. Two million miles came in 2002. When the three million mark was about to arrive in 2013, Gordon, a Long Island, New York native, decided to road trip it to the one US state he had yet to visit: Alaska. "The best way to explore America is by car," Gordon said. Sadly, Irv Gordon has died at age 77 just a few days before this article was published. Together, Gordon and his beloved Volvo P1800 traveled a total of 3.2 million miles.

Matt Farah is a devoted gearhead with an impressive and varied car collection. Not all of his cars are new, such as his 1996 Lexus LS400. Farah has used it as his daily driver around town for the past couple of years after buying it a couple of years ago with 850,000 miles on its odo. His goal is to crank it up to over a million miles and to help make that happen, he'll generously loan it out to trusted friends who have someplace far to go.

Mind you, not everything properly works in the car from what we've been told. Depending on which day of the week and the current location of the earth in relation to the sun and moon, some, not all, of the speakers will work. The power steering is also supposedly not fully up to par. But this 22-year-old Lexus is living, breathing proof that some cars refuse to die. 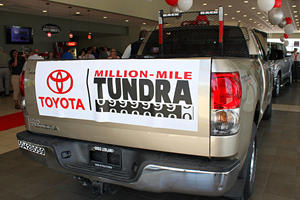 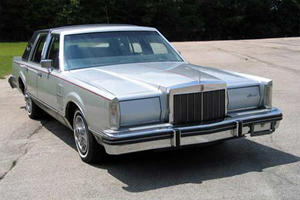 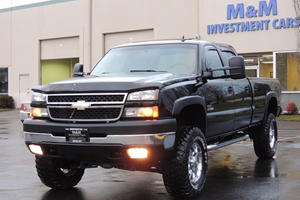 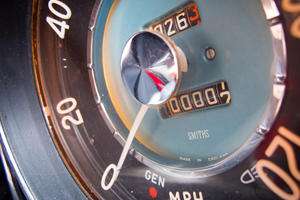 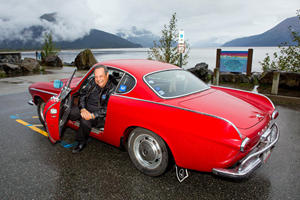 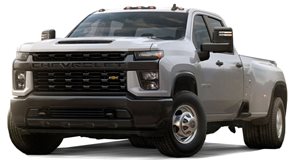